There’s nothing better than visiting a great, world-class museum, whether it’s history, art or culture they’re a big part of the travel experience for many of us. In addition to those mega-museums though, I also search out the small and quirky, the unusual museums that many people seem to ignore, but which I believe are just as important as the big institutions. They share certain niches or subjects that may not always get as much attention as others, but which represent aspects of our culture that are important to preserve. This isn’t just a list of odd and unusual museums per se, although they’re definitely represented, but instead a collection of institutions that may not get as much press as the Victoria and Albert or The Hermitage, but which deserve our patronage just the same. 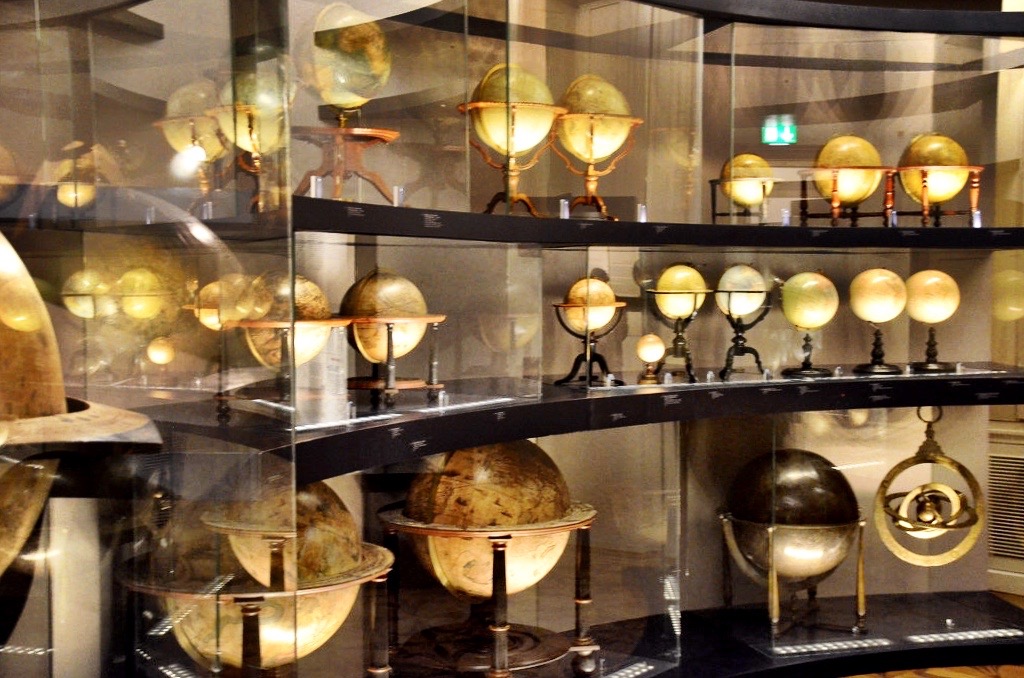 In all fairness, these are actually two museums, but they’re in the same building and you can access both with the same ticket. I found these little treasures completely by accident thanks to a quick look at a city map I had. We were on a river cruise with Viking River Cruises and had a day to reacquaint ourselves with Vienna, Austria. It’d been more than a decade since my last visit and while I wanted to see all of the famous sights again, I also wanted to see something new. While sitting at one of the city’s many cafes sipping my coffee, I pulled out the map and looked at the museum section. Amongst the more notable and well-known favorites, I saw the listing for both the Globe Museum and the Esperanto Museum and I knew I had to go. Housed in the Austrian National Library, both museums are small and quirky and in all honesty are probably lucky they found an institution willing to take care of them at all. As you might guess, the Esperanto Museum is devoted to the history of the fabricated language Esperanto. Constructed in the 19th century, it was meant to be easy to learn, politically neutral with the intent of transcending nationalities and ultimately fostering peace and good will. Ironically enough, World Wars I & II effectively killed the Esperanto movement, although it’s still around and there are people who speak it around the world. The museum is devoted to its history, especially the social movement behind its advent.

The Globe Museum is also transparent in its collection; it’s the world’s only museum devoted entirely to globes. The museum houses more than 650 globes, from the earliest to more modern day examples and for a traveler like me, it was fun to see how cartography and our understanding of the planet has evolved over time. In both museums, my partner and I were sadly the only visitors at the time; although surely people must sometimes visit otherwise they wouldn’t stay open.

Another find thanks to a river cruise, this time with Uniworld, the Tarascon Castle isn’t a museum in the traditional sense, but it is well worth a visit, especially if you’re a history buff. Tarascon is a cute little town in southern France and I enjoyed getting up early and walking around, watching as everyone started their day. But the real star is the massive, 15th century castle that dominates the skyline. Perched high over the Rhône River, the castle looks just like a castle should, with all of the gentle embellishments one expects from the French. Whereas German castles always seem intimidating to me, in a positive way, French castles tend to have more gentle lines and flares that just look French. Open to the public, guests can stroll the castle grounds and investigate the cold interiors, imagining what life must have been like centuries ago for the generations of people who once called this massive fortress home. 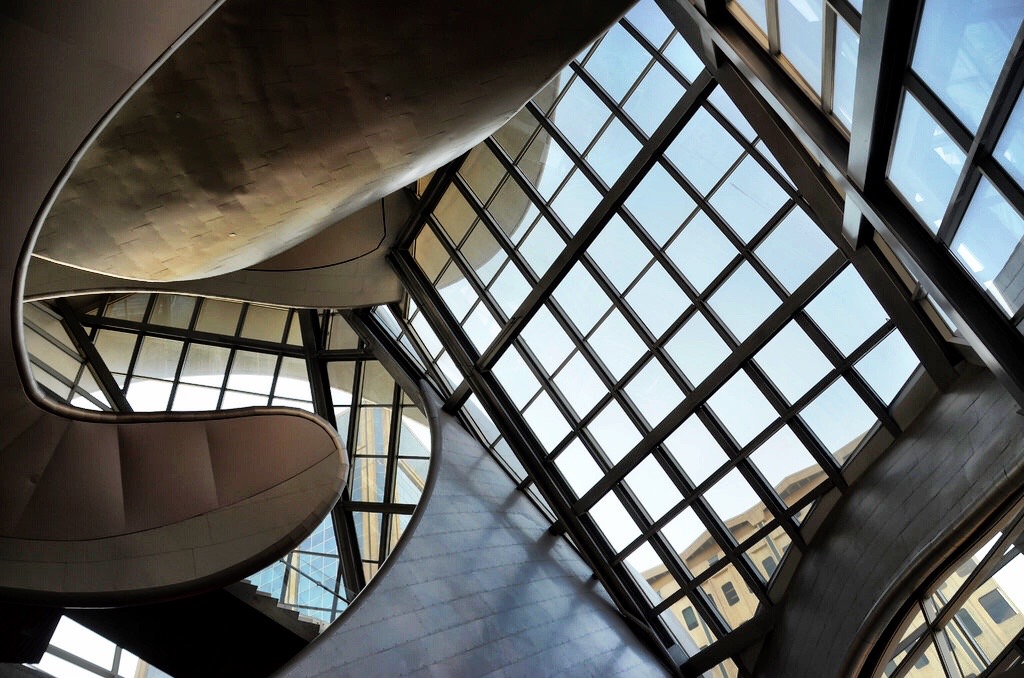 While it’s a fine gallery, I’m including this one on the list because of the remarkable design of the building itself. Located in downtown Edmonton, it’s hard to miss the Gallery, which seems to be in a constant state of flux thanks to the ribbon of metal encapsulating the building. The 190-meter steel ribbon is meant to be a twisted version of famous landscapes found in the province’s iconic Rocky Mountains region. It’s an interesting take on popular travel photography and how the meaning of seemingly straightforward images can be conceived in an entirely new way. Plus, standing in the lobby of the museum enveloped by the ribbon is an unusual and unexpectedly cool travel experience.

The town of Alice Springs in the heart of Australia’s Outback is a decidedly quirky place. It makes sense then that the tourist offerings are just as odd and one of the best in town is the Ghan Museum. Construction of what we know of today as the Ghan train began in 1878 in Adelaide, South Australia. It wasn’t until the 1920s though that train service extended to Alice Springs, prior to that the final leg of the journey had to be made by camel. The Ghan didn’t extend all the way across the continent to Darwin in the north until the 1980s, when Australia’s railroads were all standardized. For whatever reason, Alice Springs is home to both the Ghan Museum as well as the Road Transport Hall of Fame. The Ghan Museum is housed in a former train station, and is also the final resting spot for strange bits of railroad paraphernalia, from full sized locomotives, to random bits of iron rusting away. The museum itself though was clean, well organized and infinitely interesting. I found myself reading through mid-century travel posters and gazing longingly at proper dinner service sets, a remnant of a more civilized era of travel. The museum isn’t large and is a little dusty in areas, but if you love trains then this is a must visit attraction.

When I heard that I was visiting the home of the world’s largest pig museum, I knew I couldn’t stay away. Located in Stuttgart, Germany, the concept started in 1988 when Erika Wilhelmer, a passionate collector of all things pig for years, decided to start a small and simple museum. Over the years it grew, eventually winning that vaunted Guinness title and moving to a permanent exhibition space in Stuttgart. As you can imagine, the museum is a little odd but it’s actually very well curated, presented and I found many of the exhibits to be interesting. But there are a lot of pigs; 50,000 pieces in 25 rooms means there’s a lot to see. For an added dimension of schadenfreude, be sure to eat at the adjacent restaurant that naturally specializes in pork.

Visiting Machu Picchu in Peru was the culmination of years of dreaming, as it is for nearly everyone who visits. As I toured the famous site I noticed something strange, something that separates it from other famous landmarks around the world. There was no information anywhere to be found. No signs, placards and certainly no museum directly on site. Officials want to drive guests to use the local guides, which accounts for the lack of information, but a few hours before I left the area where Machu Picchu is accessed I discovered that there is in fact a museum, it’s just really hard to visit. The Museo de Sitio Manuel Chavez Ballon is the museum every visitor should spend time exploring, but it’s not at the main Machu Picchu site or even in the nearby town; it’s in a hard to reach no man’s land ensuring that only a few intrepid travelers will ever visit. Located a mile from Aguas Calientes, I decided to visit the museum before leaving town, curious more than anything else. The walk along the main road took about 25 minutes or so, past hotels, campgrounds, a butterfly sanctuary and even botanical gardens, all perched along the beautiful river that flows through the mountains. A nice walk, it was interesting to see things from a different point of view and it made finally arriving at the museum in the jungle seem like a well-earned prize. And you know what? It was the best-run museum I visited in Peru. Modern, well curated and interesting – it may be a little small, but it shares information about Machu Picchu that is oddly enough lacking at Machu Picchu itself. I personally think every visitor to the site should incorporate a museum visit, but its odd location means that only a few visit every day.

As a Washingtonian, I had to include one of my favorite places in the District to spend a few hours. Although this museum isn’t hidden or even unknown, for some reason most visitors to the nation’s capital don’t seem to visit. Personally, this is one of my favorite DC museums and is well worth an afternoon of your time. Created by an Act of Congress in 1980, the National Building Museum offers a wide range of exhibits related to development, architecture, construction and engineering, interior design, landscape architecture and urban planning. Their permanent exhibits are excellent, but be sure to check for unusual temporary ones as well. Over the summer of 2015 they featured a special attraction, The Beach. The Beach is a special installation covering 10,000 square feet with more than 1 million recyclable translucent plastic balls. Created by an experimental studio, the goal was to bring the ocean indoors, transforming water and waves into plastic balls, and a shore covered with beach chairs and even a snack bar. While entirely monochromatic, the effect was amazing and sitting there in the middle of those plastic balls, “splashing” around it was hard not to feel like a kid again.

What are some of your favorite unusual museums?