I don’t know why, but I love quirky, odd and somewhat unusual museums. I always have and for many years have included them on my travels whenever possible. From the Easter egg museum in Munich to the French Fry Museum in Bruges, I’ve enjoyed them all but I was particularly excited when I read about the pig museum in Stuttgart, Germany. That’s right, it’s an entire museum devoted to our friend the pig and with more than 50,000 pieces in 25 rooms, it’s easy to see why it’s also the world’s largest pig museum. Although, I wonder how many others are vying for the same claim to fame. Regardless, it was with a fierce desire to see something a little unusual that grey day in April when I boarded the subway in search of Miss Piggy and all of her friends.

The concept started in 1988 when Erika Wilhelmer, a passionate collector of all things pig for years, decided to start a small and simple museum. Over the years it grew, eventually winning that vaunted Guinness title and moving to a permanent exhibition space in Stuttgart. Housed in an old slaughterhouse, the irony doesn’t stop there and as I learned throughout my visit to this strange but oddly fascinating museum humor and irony are a big part of the pig experience. 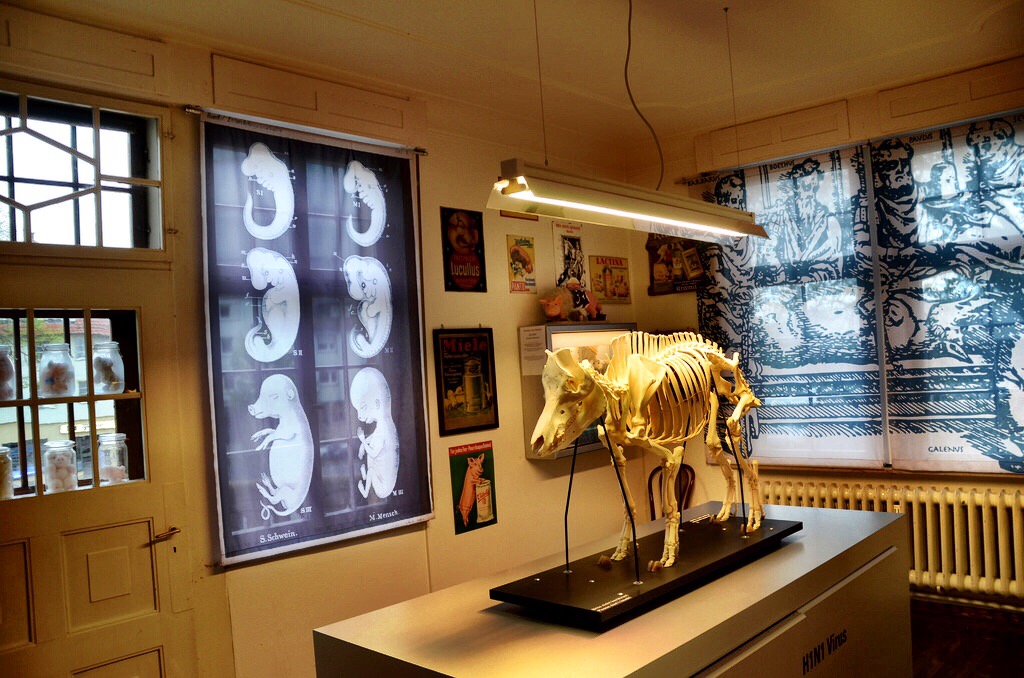 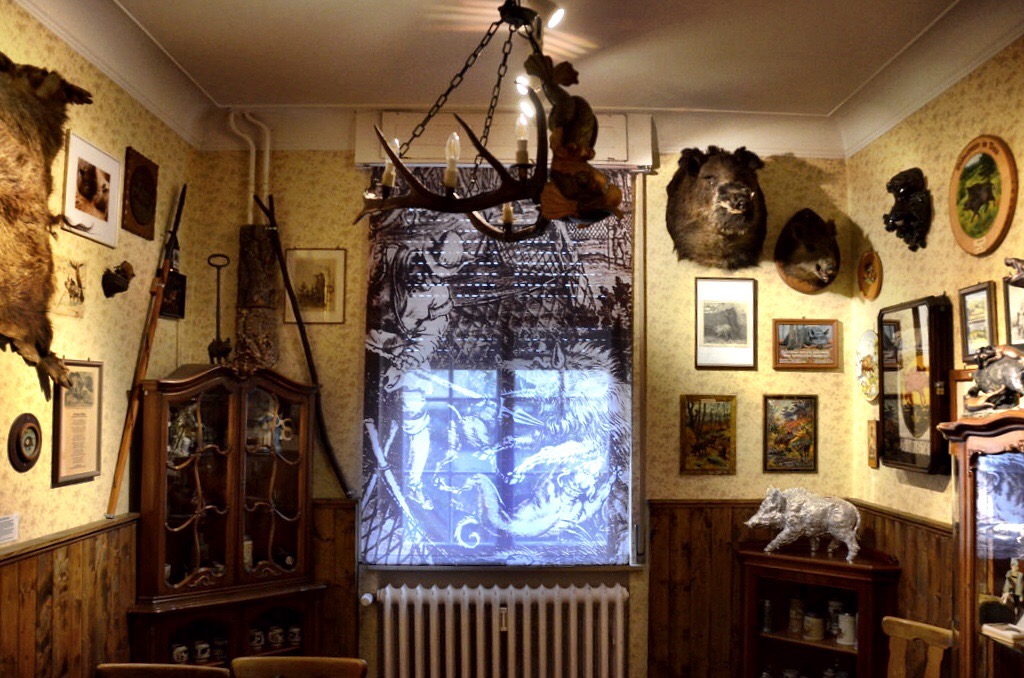 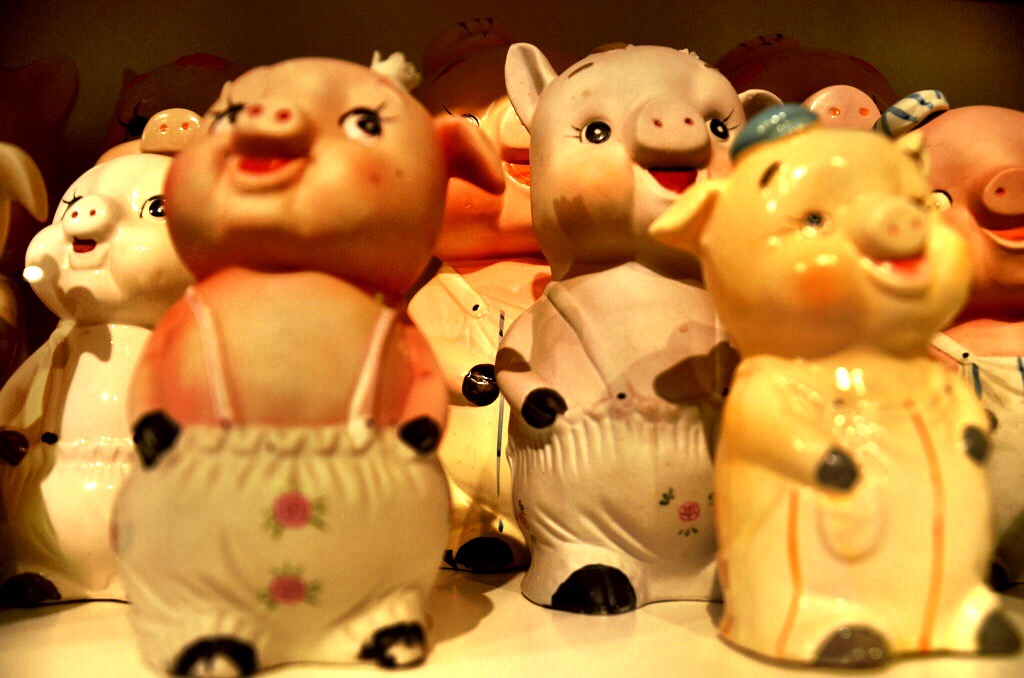 Unlike so many other strange museums, the SchweineMuseum or Pig Museum is actually very well done. The exhibits follow a natural progression from room to room, and the explanations in both German and English help guide the visitor to an entirely new understanding of the friendly pig. While I intellectually knew it before the visit, it was interesting to read about the long and complex history of the relationship between pig and man. They were amongst the first animals domesticated and that bond can be found around the world, from Germany to Asia and back again. The pig has been an important part of our diet for so very long, that it naturally also became a vital part of our culture, both pop and mainstream. Civilizations deified the pig, creating gods that bore the characteristics of the animals on which their lives depended. Even our language is deeply influenced by the pig and its porky habits, with many words and phrases having had their start with pigs and swine.

But it was odd. The entire museum seems to exist in multitude shades of pink, almost like a bottle of Pepto blew up. In each room are hundreds of THINGS, from figurines to stuffed animals to more scientific representations of the pig. That’s what I expected though. Quirky museums are just that, quirky. This isn’t a visit to the Louvre, it’s an entirely different and I think at times more interesting experience. 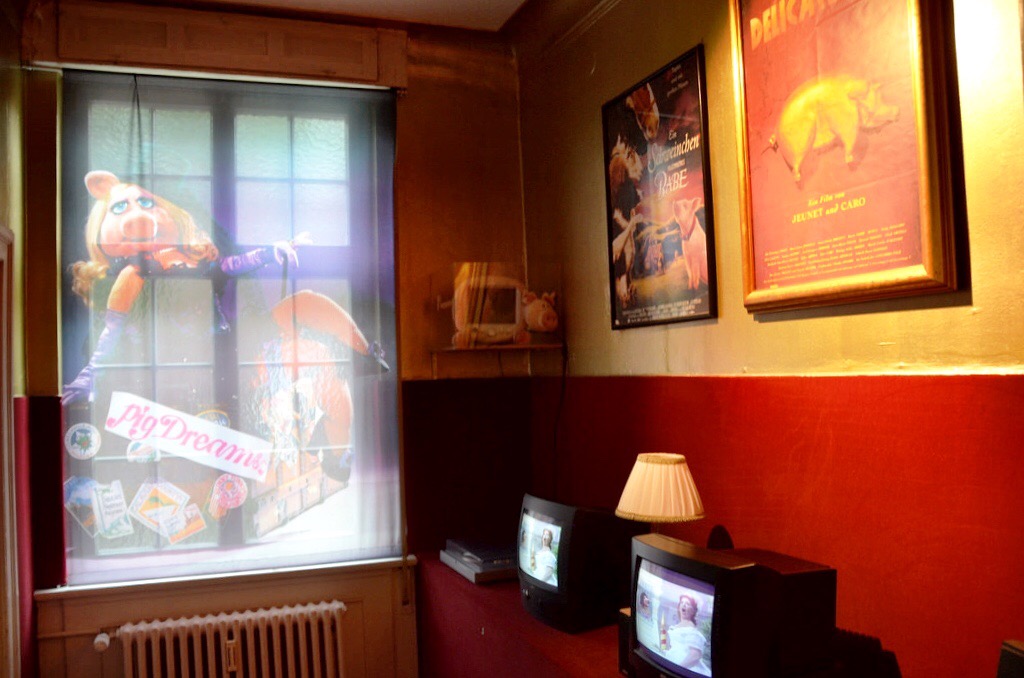 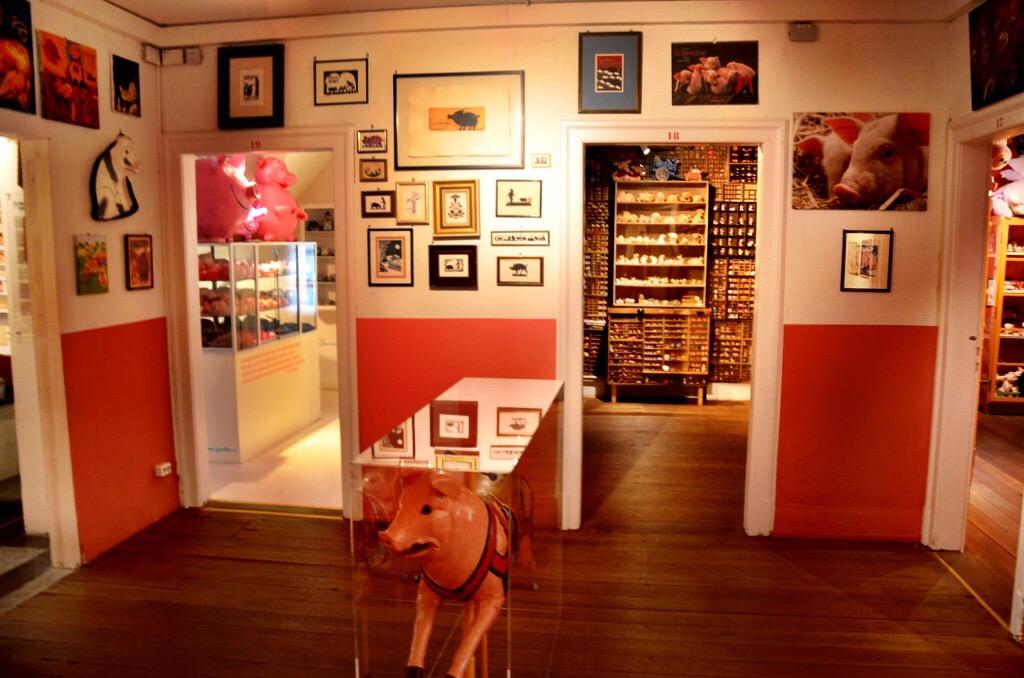 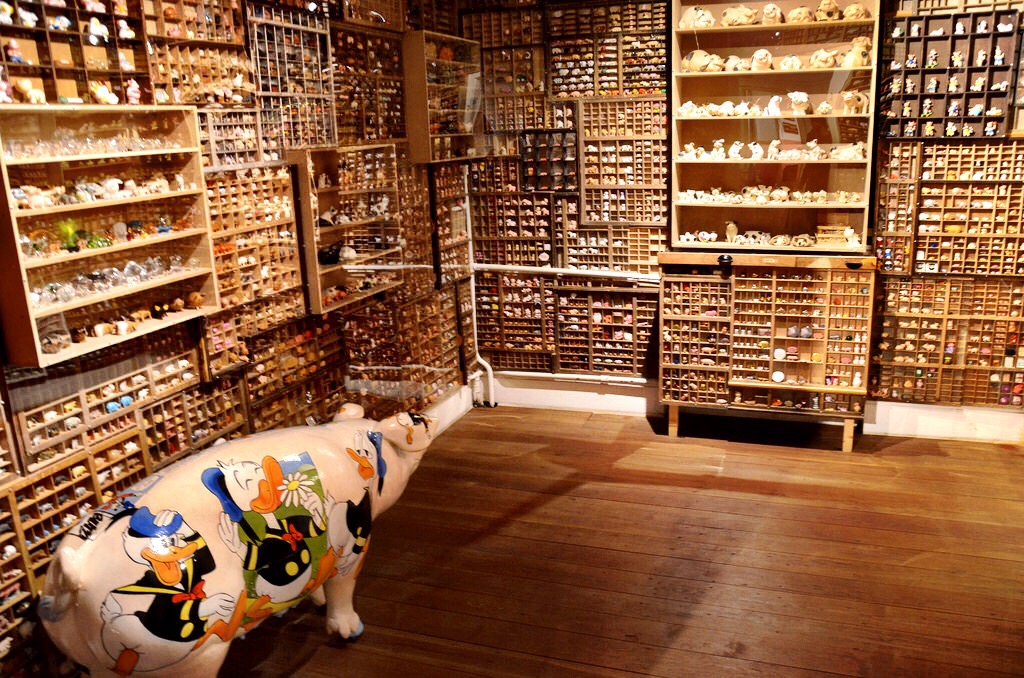 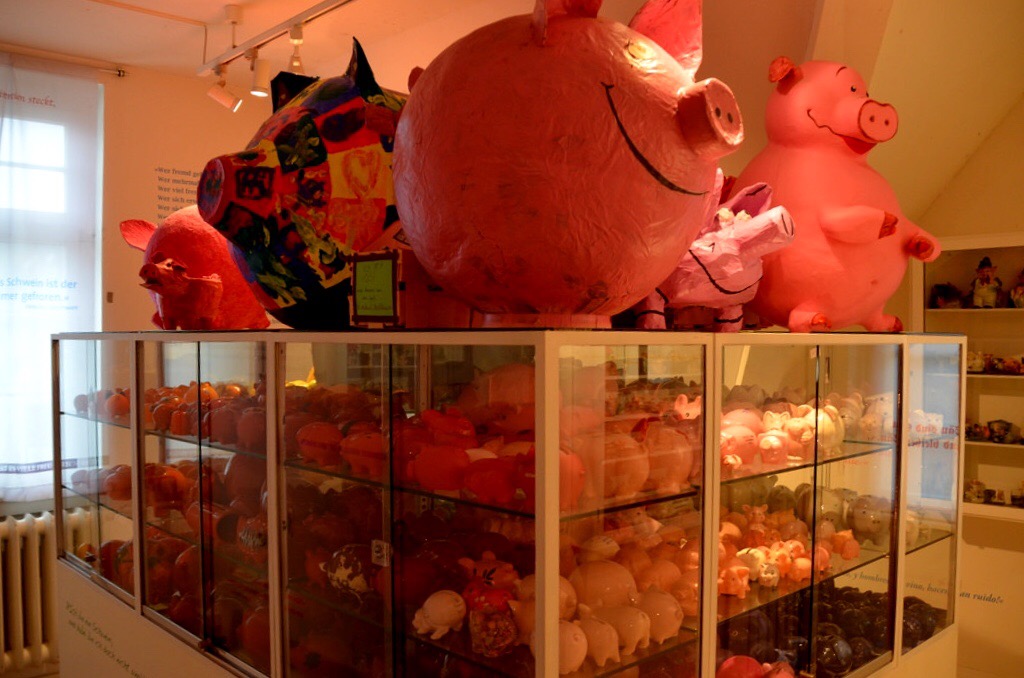 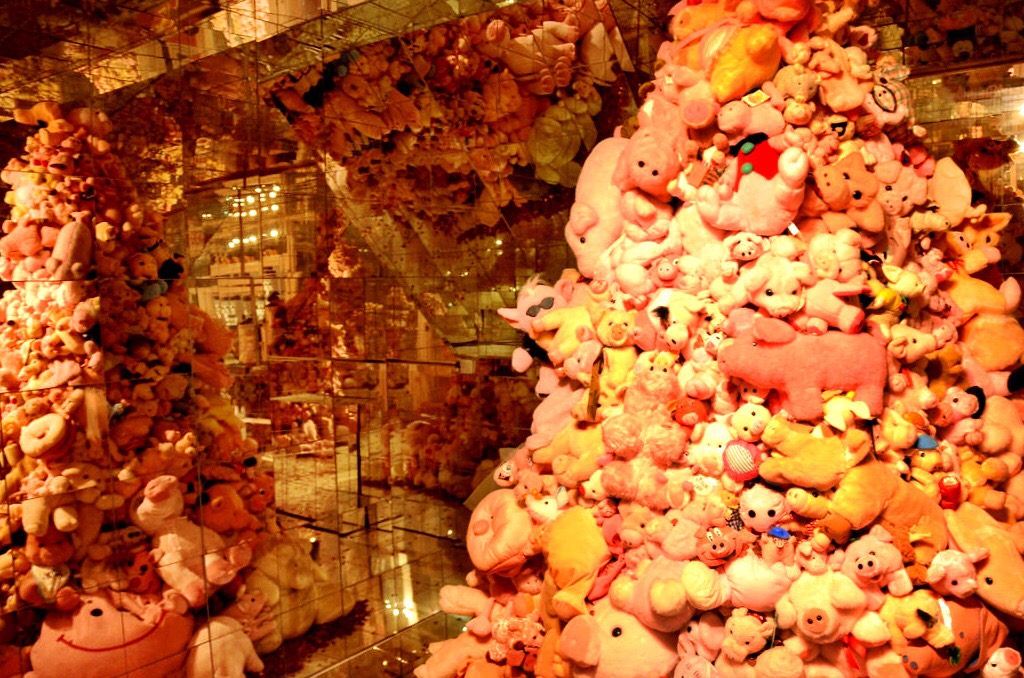 Quirky museums are important to visit because they are borne out of a fierce love or obsession, usually by one or just a few people. This passion is therefore evident in every aspect of the museum experience. Instead of a bland, almost antiseptic visit like we get in some mainstream museums, visiting institutions like the Pig Museum are personal; they’re a little bit more special.

I have to be honest. It was late in the afternoon and I was exhausted after a long day of sightseeing, so towards the end I may have skipped through a few of the piggy rooms. But it wasn’t from a place of disinterest, far from it. My time spent at the World’s Largest Pig Museum in Stuttgart was fantastic and the museum itself one of the best quirky versions I’ve ever been to. But don’t go as a novelty, well ok go as a novelty, but also go to learn something. Because unlike so many other similar museums around the world, there is real value here, real love and it’s a great thing to be a part of.

Where is your favorite quirky museum?