For many folks, myself included, a visit to the famous site of Machu Picchu is the culmination of years of dreaming and planning. It’s an important bucket list stop and millions of people from around the world make the trek to this ancient town high in the Andes to marvel at the accomplishments of the Inca. But getting to Machu Picchu is a process and for most folks it also includes a lot of time exploring the city of Cusco and the surrounding Sacred Valley. While not often considered in the same breath as Machu Picchu, during my week in Peru I learned a lot about the Sacred Valley and how important it is. Sure, visiting Machu Picchu is great but so are the surrounding areas, so I thought I’d share with you all what traveling to the various sites in the region is really like and what you can expect from the experience.

I was in Peru with Intrepid Travel, an adventure travel tour company that specializes in amazing experiences like my week in Cusco, the Sacred Valley and Machu Picchu itself. Getting the Machu is a progression, not just because of the geography but because visitors really should spend some time learning about the region and the history of the Inca before diving headfirst into the main attraction itself. That was an aspect to the tour that I really enjoyed and appreciated and I know that it added a lot to my trip. Had I only spent a couple of days traveling to and visiting Machu Picchu, I would have missed many other extraordinary sites. Also, for the purposes of this post I’m going to include some places that may not be in the Sacred Valley proper, but which are common places to visit for travelers to the area.

What is the Sacred Valley?

The so-called Sacred Valley is in the heart of the Andes Mountains, close to the Inca capital city of Cusco. It was the heartland of the Inca and it was here where they could find or produce just about everything they needed to survive. From an agricultural point of view, the unique climate of the valley enabled the Inca to produce their keystone crops and to ultimately feed their growing empire. Because of the region’s natural wealth, it took on spiritual importance to the Inca as well to the point where production of food and fealty to the gods were one and the same. You can still see and feel the presence of the Inca throughout the valley, from the ancient terraced farms that amazingly enough still exist to the very language spoken. Most people still speak the Quechua language, the direct linguistic variant spoken by the Inca themselves. It’s a remarkable thing to consider, and visiting the Sacred Valley is the closest any of us will ever get to truly understanding this lost civilization.

The capital of the Inca Empire and a major city still today, it’s impossible to miss Cusco if you’re traveling to Machu Picchu. You wouldn’t want to either, and a few days should be spent here exploring the town and visiting the various sites in and around the city itself. I’ve devoted a separate post to exploring Cusco, so here I just want to focus on two Inca sites that are on the outskirts of town, both of which are important to visit in order to start your crash course on all things Inca. The little visited site of Qinqu Qenqo may at first seem like a pile of rubble, but it’s close to the larger and more impressive Sacsayhuaman site and is important to see if you’re at all interested in history. Qinqu Qenqo is presumed to have been used for Inca death rituals, from the consecration of the dead to their mummification. Much of what we know is guesswork, but it is obvious to archeologists that death was the central theme here and an important aspect to life for the Inca. Nearby Sacsayhuaman is different, thanks to its immense size if nothing else. Built as a fortified citadel, Sacsayhuaman was meant to impressive and ultimately deter any potential invaders approaching the capital city itself. In its full glory, it was an incredible facility perched on a hill overlooking the city, but of course after centuries of “borrowing” stones from Sacsayhuaman, what we see today is just an inkling of what once existed. 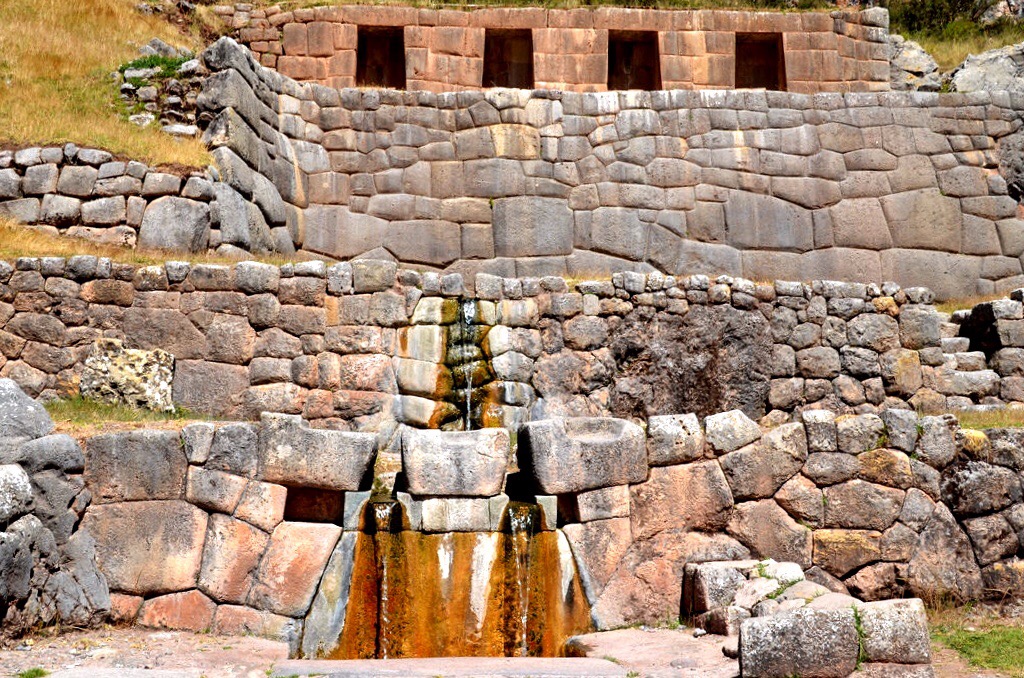 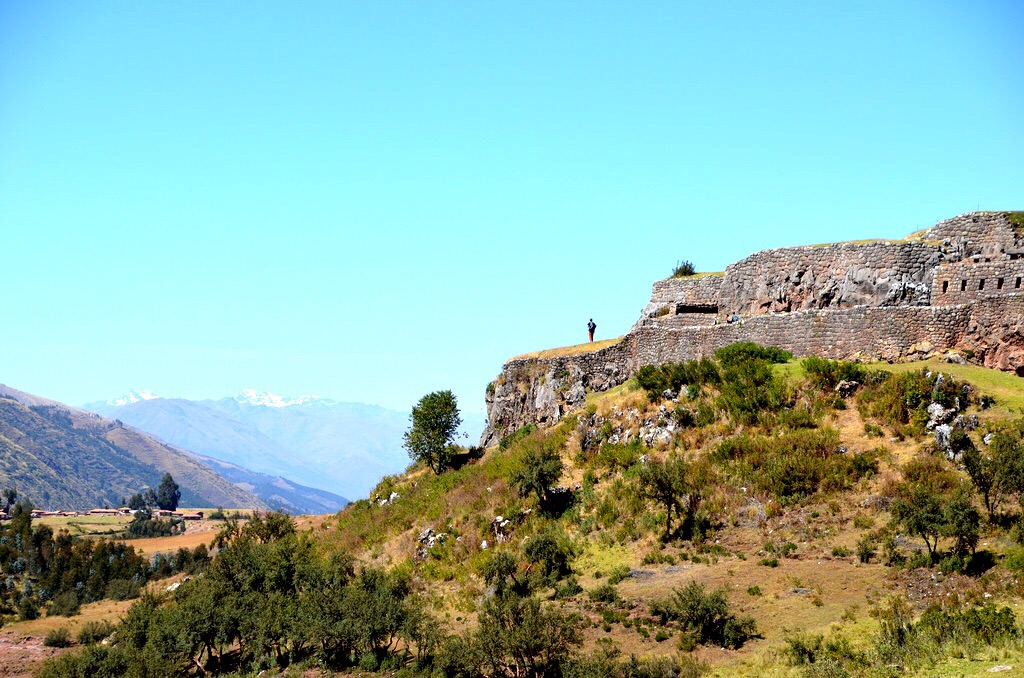 An easy drive from Cusco, Tambomachay is a small site but is one still mostly intact with its aqueducts, canals and waterfalls. Experts believe it was a temple devoted to the water gods, another important aspect to the spiritual life of the Inca. Here priests would purify themselves before ceremonies, making this a place of taboo accessible only by the elite. A short walk from Tambomachay is another surprisingly intact structure, the fortress of Puka Pukara. Overlooking the lush and green Cusco Valley, it’s immediately obvious why the Inca built a fort on the site. Clear views of the valley floor that stretches for miles provide an excellent vantage point from which to identify any possible threats. It’s also nice to visit ancient sites that are so well preserved because they offer a unique opportunity to travel back in time and really understand what life was once like in the Sacred Valley for the Inca.

I honestly never thought a collection of salt ponds would be interesting, but naturally I was wrong. Since well before the Inca, locals have used a natural spring and underground stream to collect and store salt. A series of terraced pans are built into which the flow of the water is directed. In the dry season the water evaporates, leaving the salt behind. The pans are actually administered as a collective, with members of the nearby community receiving allotments, which, interestingly enough is how the Inca administered the site as well. It’s backbreaking work though to collect the salt every year and the payoff is small – just a few dollars for hours of work. But it’s the continuation of work that has been going on at this very site for thousands of years and is one of the many direct links to the Inca and their ancestors that we can still see today. 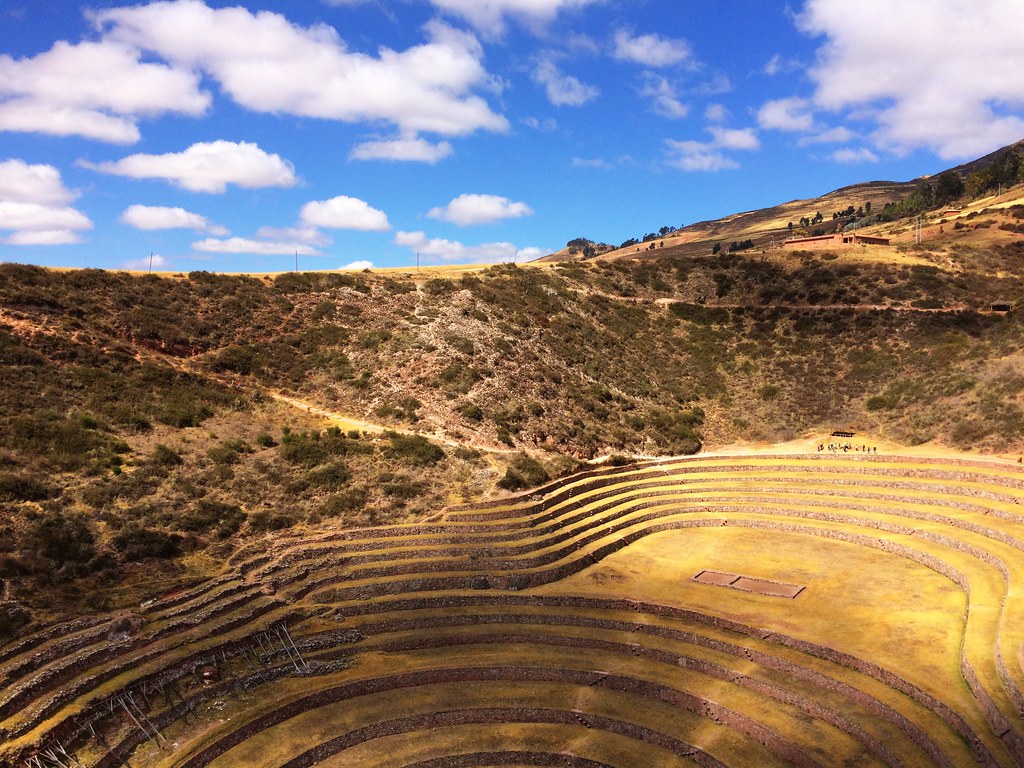 Machu Picchu amazes us because of the skill and ingenuity it took to create a functioning town high up in the mountains. But that same level of engineering prowess and creativity can be found throughout the ancient homeland of the Inca, especially at what is one of my favorite sites – Moray. Driving through farmlands and the beautiful countryside of Peru, I wasn’t exactly sure what I was visiting. Even walking up to the site itself, I didn’t see the normal stones and ruins that heralded other Inca dwellings I’d visited. And then I walked up, looked down and was dumbstruck. Built down deep into the earth in a naturally occurring depression are rows upon rows of terraces, creating a spiral that seems to drop forever. It took archeologists a long time to divine the reason for these terraces, usually seen on farms, but when they did it amazed the world. Agriculture was naturally at the core of Inca society and while they perfected the method of terraced farming we still see everywhere, they were always trying to improve their craft. Scientists realized that each level at Moray has a slightly different temperature, a different microclimate as it were and it’s their supposition that Moray was essentially an ancient greenhouse. It was a way for the Inca to study and improve the cultivation of crops from areas of their Empire that wouldn’t normally grow in the Sacred Valley. Once you understand the full use of Moray, it’s hard not to be impressed not just by its beauty, but by the ingenuity it took to design. 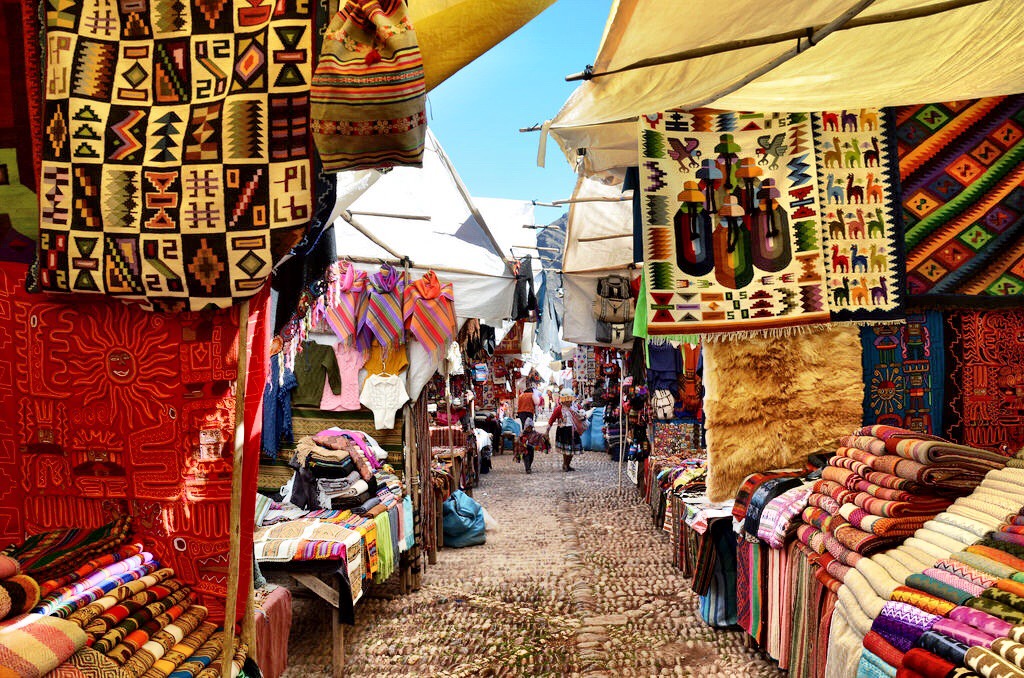 Traveling around the Sacred Valley isn’t only about ancient stones and old ruins. Inca towns were taken over by the Spanish when they conquered the empire and because of that, many exist still today. Communities are literally built upon the foundations left by their Inca forbears, and visiting these small towns is as important a part of visiting Machu Picchu as is trekking up to the mountain retreat itself. Pisac in particular is popular not just for its ancient ruins, but for modern life. The Pisac market is one of the largest in the valley and attracts busloads of tourists every day to see and hopefully buy the wares on sale by the craftspeople. It’s a little kitchy, but it’s also nice to support local communities whenever possible. More interesting, to me at least, are the legendary empanadas for which the town is famous. The Spanish brought the concept of empandas with them to South America, and you can find variants of this tasty meat filled pastry everywhere. In Pisac though, the version is a little different thanks to the ovens left behind by the Spanish. Pisac is one of the few communities in all of South America that still uses those colonial wood-fired ovens to hand make their empanadas every day. Maybe a little smaller than you’re used to seeing, the empanadas here are tasty, served hot and well worth the trip in themselves. I may have gone back a couple of times just to pick up a snack. 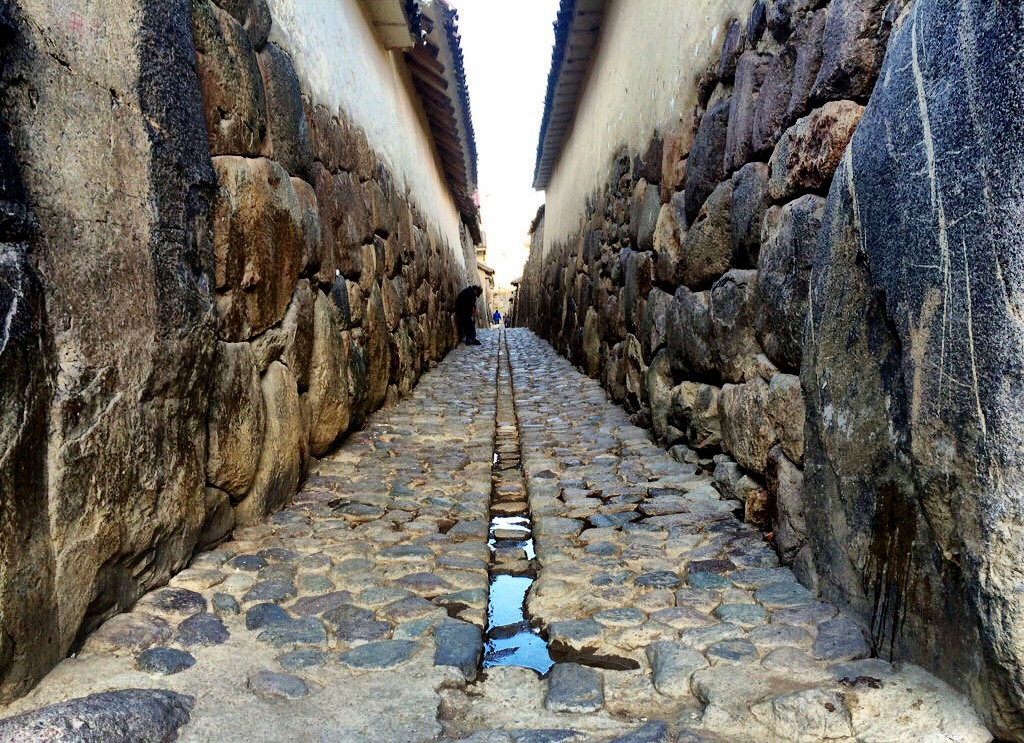 The final progression for any visitor to Machu Picchu through the Sacred Valley is another Inca city, Ollantaytambo. During Inca times the town was actually part of a royal estate for the Emperor and during the Inca resistance to the Spanish, served as the last stronghold for the indigenous peoples. Again using the Inca stones and foundations, Ollantaytambo was created and today is the last stop for anyone trekking up the 4-day Inca Trail hike or for those taking the train to reach Machu Picchu. Very touristy, every façade is either a convenience store, shop or restaurant, but it is possible to find quiet moments of beauty around town. There are temples nearby and terraces you can climb up and down, but my favorite thing to do was to wander along the original Inca streets and alleyways. Built narrowly to accommodate only a couple of llamas, the alleys are like a labyrinth, but each one leads to new surprises from quiet homes filled with guinea pigs (to be later eaten) or quiet corners of town that tourists have missed. If you visit the area you can’t avoid visiting Ollantaytambo, but just make sure you spend at least a little bit of time away from the tourist hordes.

So there you are, a quick look at what there is to see and do in the Sacred Valley of Peru. No matter what you do, make sure you plan enough time to explore as much of the area as you can. Yes, Machu Picchu is indeed amazing, but it is only part of the Inca story in Peru.