Millions visit the mountain city of Cusco every year usually en route to the world-famous ruins at Machu Picchu. Surrounding the city though are many other Inca ruins, spanning from hillside terraces to forts and temples. Immersing yourself in the lives of the Inca is a big part of the Peru travel experience, but it’s not all there is to do in Cusco. While I love history and antiquity, after a few days I yearned for something more and decided to spend some time exploring Cusco to discover what else there is to do in and around town that doesn’t involve ancient hand-carved blocks of stone or using my imagination. What I discovered was a large and vibrant city; one that honors its past but which also lives for the moment as well. There’s a lot to do in Cusco that doesn’t involve the ancient Inca, but these were my favorite experiences. 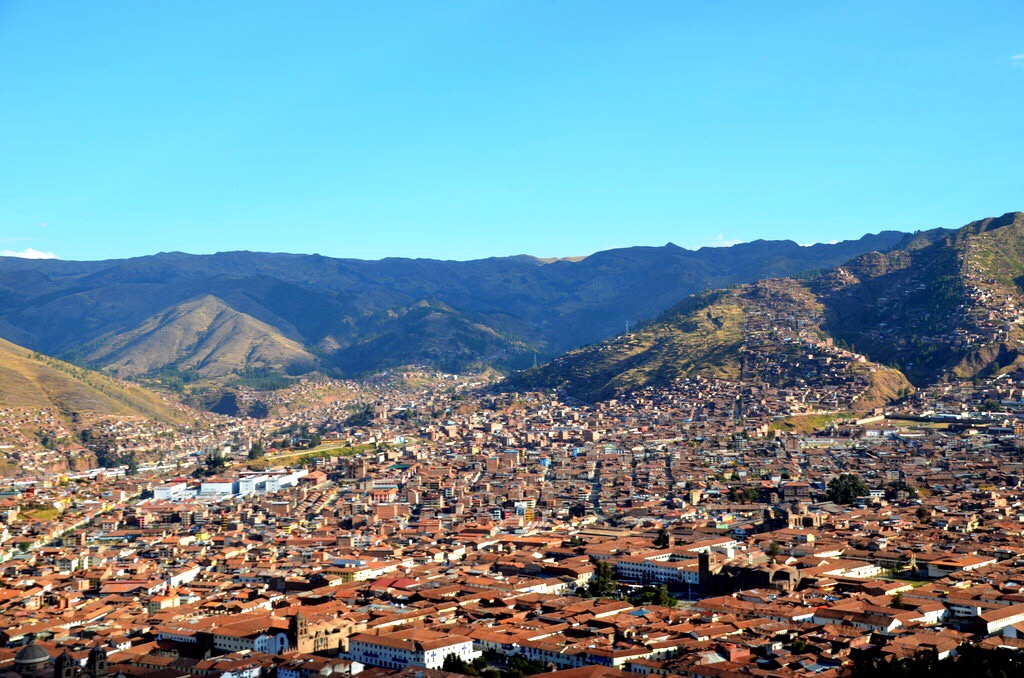 Slow down and acclimate to the altitude

Perched high in the Andes, Cusco sits at more than 11,000 feet (3,400m) altitude and if you’ve never visited a place that high up, then you’re going to be in for a surprise. Maybe. Altitude sickness is a strange affliction; it can affect anyone of any age, fitness level or background. It doesn’t discriminate and scientists don’t know exactly why some people become ill while others appear completely unaffected. Some of the symptoms include headache, fatigue, stomach illness, dizziness and sleep disturbance but symptoms usually subside after a couple of days. For me, it was a mild case including headache, inability to sleep and a racing pulse. While there are many so-called remedies, the best thing to do is to just take it easy, drink as much water as you can, avoid alcohol and just relax. Once you’ve acclimated, then you can really explore to your heart’s content. 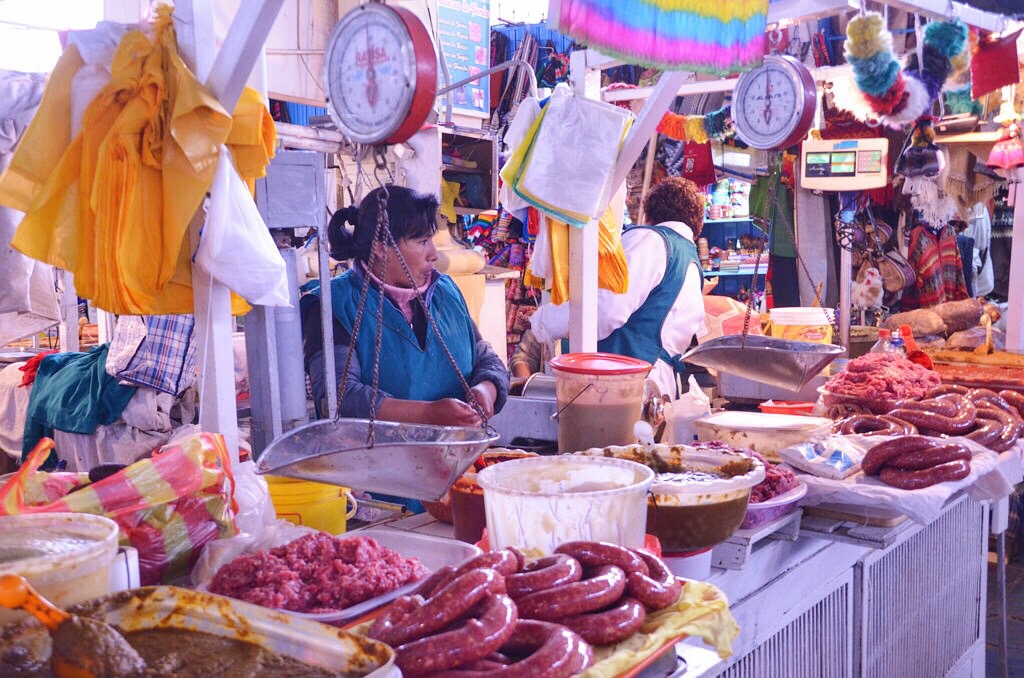 There’s nothing better than exploring a new city’s bustling food markets. The stalls and wares for sale all tell a story and is one of the best ways to learn about the culture through what it likes to eat. This is definitely the case in food-obsessed Cusco at the historic San Pedro Market. Occupying a space three city blocks long, it seemed as if everything you could possibly want was on sale there and that the entire city of Cusco had turned out at the same time to do some shopping. If you arrive early in the morning, you’ll notice that small restaurant stalls are packed with people, quickly wolfing down huge bowls of soup and other tasty morsels. According to my Urban Adventures tour guide, breakfast is the most important meal of the day in Peru and locals take it very seriously. Depending on the time of day you’ll find different things for sale, including freshly boiled corn on the cob, a multitude of drink concoctions, breads and pastries, cheeses and meats – a lot of meat. Peru is a nose-tail culture, meaning they don’t waste any part of the animal and each one of those parts is on sale at San Pedro. Even if you don’t buy anything, a walk through the market is absolutely the best way to learn more about local food and culture in Cusco. 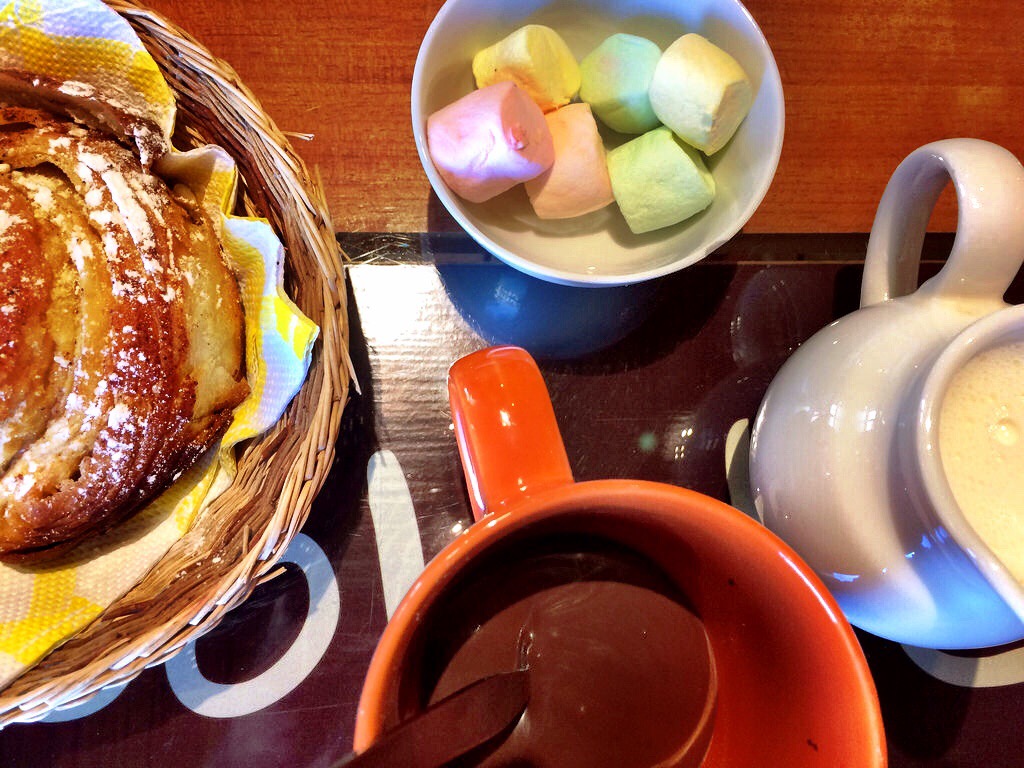 To be honest, I didn’t have high expectations for my visit to the Chocolate Museum in Cusco, but it was listed on my Intrepid Travel tour itinerary as a place to check out and so I did. And I am once again thankful for Intrepid’s outstanding advice. While small, this museum perched on the second floor of a building near the city center offers a lot to visitors including a brief look at the history of chocolate around the world and in Peru, chocolate making lessons and even a café. While I didn’t have the time, I chatted with people who did the 2-hour make your own chocolate class and they loved the experience. A chocolatier leads students through the art and science of making perfect chocolate and you even get to keep what you make at the end of the class. My favorite aspect of the museum though was the small café, featuring a wide variety of chocolate treats from drinks to baked goods and even savory dishes. I even went back a second time to enjoy their unique take on hot chocolate. Based on your preference, you get to assemble your own drink using hot milk, melted chocolate and a few extra additions like marshmallows. 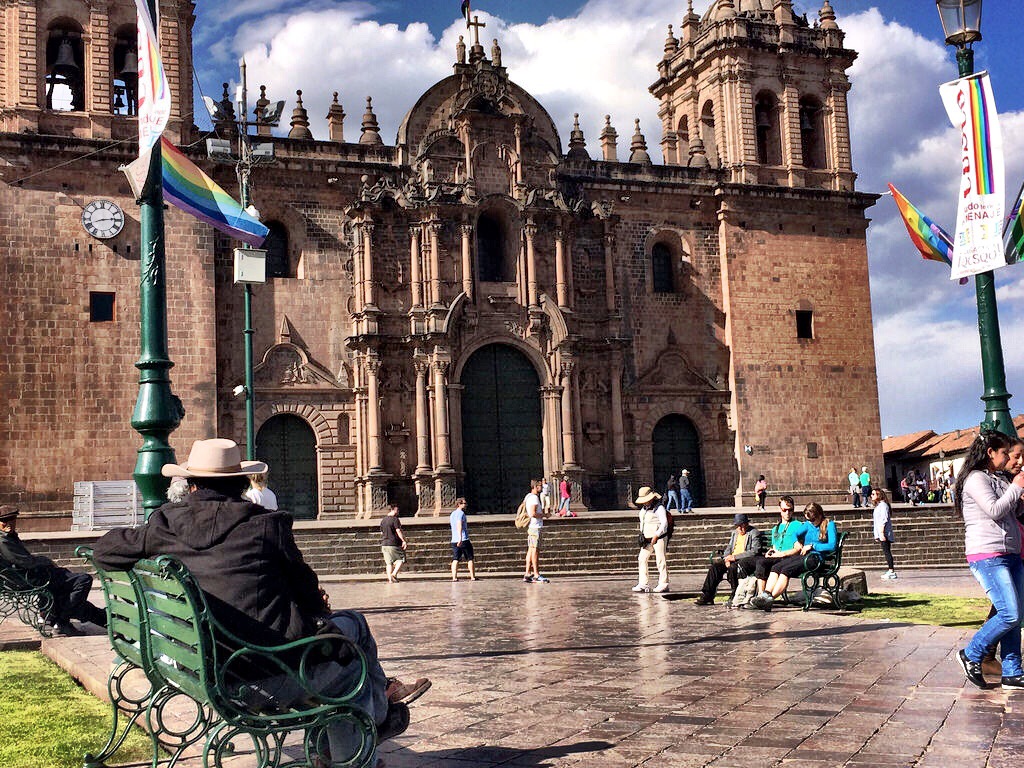 No visitor to Cusco will miss the massive square in the middle of the historic district, the Plaza de Armas. But more than just walk through, make sure you actually spend some time exploring and enjoying this public space. Known as the square of the warrior during Incan times, Plaza de Armas has been an integral part of Cusco’s history since the very beginning. It was here where Pizarro officially claimed conquest over the city, where the last indigenous leader died and today is still the center of activity. Surrounding the square are shops, restaurants and cafes as well as two important churches – the Church of the Society of Jesus and Cusco Cathedral. More than the history found in every corner of the square, on a nice day hundreds flock to enjoy a picnic, throw a Frisbee or even take a quick nap on the grass. It’s a fun area that will be important during your stay, no matter what you decide to do. 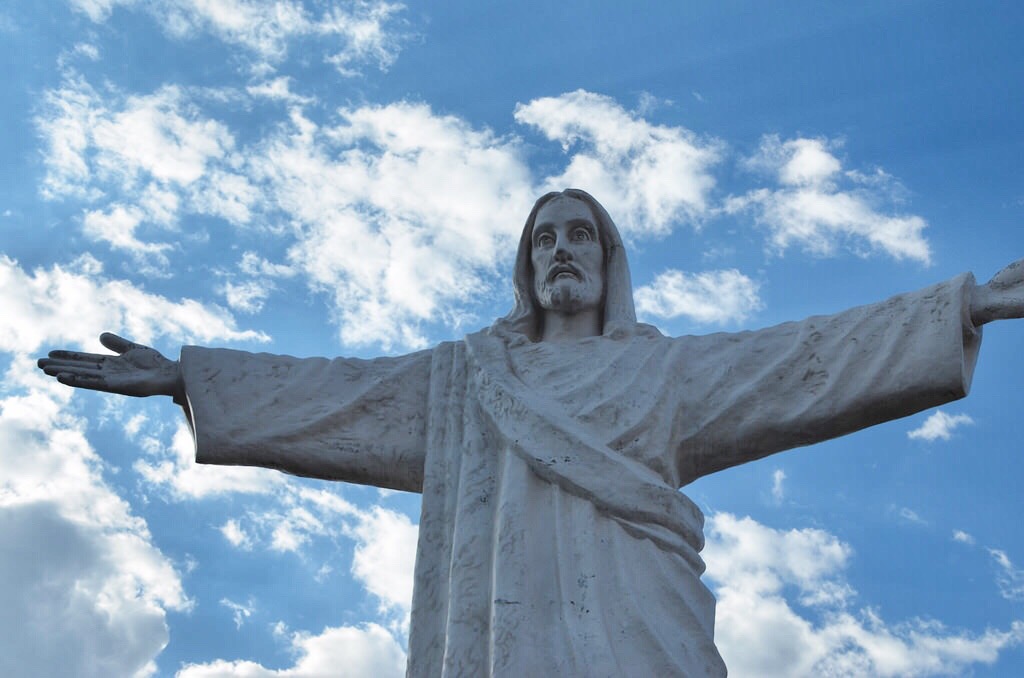 If it’s a great panoramic view of Cusco that you’re after, then there’s no better place than the Cristo Blanco or White Christ statue. Located next to the Inca ruins known as Sacsayhuaman is the large white statue that has become one of the top tourist sites in town. The statue is a more recent addition to town though; it was donated by a group of Christian Palestinians who sought refuge in the city in 1945. As a symbol of their gratitude to the city, they gifted this statue to the people when they finally returned to their homeland. Buses or private taxis are the best way to visit if not included on your tour.

Peru is a Catholic nation, a fact that will be made known to you almost immediately if not by the daily fireworks celebrations honoring saints then by the number of churches around town. One of the most impressive religious icons in town though is the massive convent known as Qurikancha. The spot was originally home to the most important temple in the Inca Empire, demonstrating how the Spanish sought to win over locals by co-opting elements of the native religion. The Spanish destroyed the glorious temple, using the same foundations though to build the Church of Santo Domingo. Earthquakes damaged the Spanish built portions over the years, but everything built by the Incas remains unscathed. It’s a remarkable space not just for the architectural beauty, but its role in the history of Cusco as well.

There’s a lot more to Cusco than just old ruins, no matter how impressive they might be. It’s a modern and thriving city that does a masterful job of welcoming millions of tourists every year, showing them the best of Cusco in the hopes they all leave not only more knowledgeable, but also with a deep love of this city perched high in the mountains.

Have you been to Cusco? What was your favorite experience?

1 thought on “What To Do In Cusco, Peru Other Than Visit Inca Ruins”