No matter how much preparation or research we do before a trip, it rarely does enough to actually prepare us for the adventure itself – at least that’s been my experience. There are just some things, facets of the new destination that you can only learn through experience and simply being there. Because of this I am always left with some travel details that I wish I had known earlier in life and certainly before my first trip there. This was definitely the case before my first Egypt travel experience. Luckily for me what I didn’t know wasn’t harmful in this instance since I was traveling with the luxury tour operator Insight Vacations. Their years of experience and knowledge prevented any disasters arising from my own ignorance, but I did want to share these lessons with you so that you can better prepare yourself for your own adventures in Egypt.

So much more than Pyramids

Perhaps the most recognizable structures on the planet, the pyramids have been attracting tourists since the time of the ancient Greeks. Not only is traveling around Egypt much more than just a few incredible buildings though, the width and breadth of the ancient Egyptian sites found around the country encompasses so much more as well. I knew that there would be a lot of sites, but I honestly had no idea just how very many amazing and well preserved (or partially reconstructed) there are around the country. It seemed that no matter where I found myself in Egypt, yet another millennia-old temple or other important site popped up, demanding my attention. If you travel there with a company, then you should be able to see most of these sites during your trip. But if you’re traveling alone, then a lot of research is necessary to make sure that you aren’t only seeing everything but that you’re understanding it. Egypt in particular is one of those destinations where it just isn’t nice to have a local guide, I think it’s crucial. 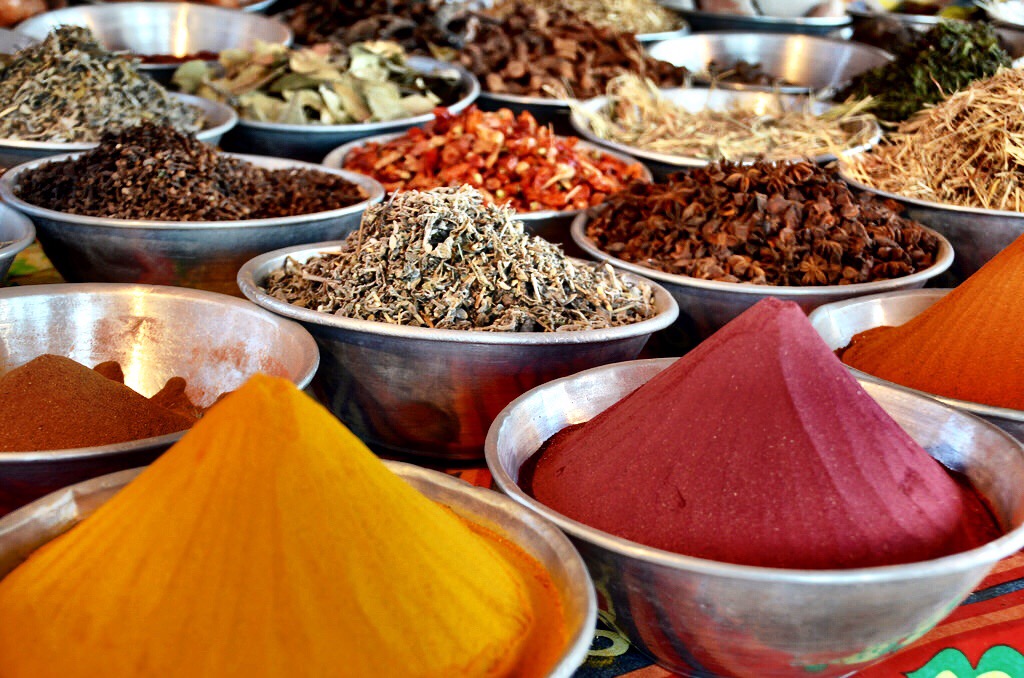 Middle Eastern and Mediterranean cuisine is one of my favorites and the regions where it’s served are amongst the most fun to explore. Whether it is in Turkey, Malta, Jordan or Israel, there are of course some regional tweaks and specialties, but there are also many common dishes and flavors that I have come to enjoy. I expected the same in Egypt, and while there were some common dishes, much of what I experienced of Egyptian cuisine was very different – it is in a culinary category all of its own. You’ll find traditional mezze like hummus, chickpeas and eggplant prepared in hundreds of ways and delicious breads, but there’s a lot more to Egyptian food than hors d’oeuvres. Koshari – a mixture of rice, lentils, and macaroni – is considered by many to be the national dish and was completely unlike anything else I’ve tasted before. I also found the cuisine to include more garlic and onions than in other Middle Eastern countries I’ve visited, which as a lover of both was fine with me. One of the oddest dishes I tried though was stuffed pigeon. Presented to the table splayed open and cut into halves, the stuffing was a mixture of rice, onion, liver and some cinnamon. It was that last ingredient that reminded me most of Moroccan cuisine, particularly the main course known as a pastille; also made from pigeon and cinnamon. Another surprise was dessert. I’m not used to finding much in the way of desserts in the region, perhaps knafeh or something similar. While enjoying coffee at a local shop though I noticed a bustling business in the form of the 100-year-old café’s baked goods. Just a few of the desserts I discovered there include sweet semolina cakes, kunafeh, baklava, sweetened breads covered in pistachio, halva and more. So go to Egypt, keep an open mind and try as much as possible.

As part of my trip with Insight Vacations, a Nile cruise was included. When reading through the itinerary and background information I thought it was just a nice addition to the trip; I didn’t realize how integral to the Egyptian travel experience it really is. A cruise along the Nile has been a defining travel experience since modern tourism began. But, like everything else, it has evolved and isn’t the boring Agatha Christie cruise you might be envisioning. I sailed on a Uniworld vessel and the level of luxury was amongst the best I’ve seen on any river cruise. But the real star of the show of course is what you see along the way. Cruising is the best way to reach sites like Luxor, Valley of the Kings, Aswan and more. Along the way you see farms, temples and daily life in a way that you simply wouldn’t be able to witness in any other manner. Plus the experience is just a lot of fun, and sometimes in travel there’s nothing more important. Cruising the Nile is also very popular, and if you’re not joining a tour it’s easy to purchase a stateroom on a ship heading downstream. That’s especially true now when tourism is so down; I saw stacks of river cruise ships dry-docked, just waiting for the tourists to return. So do yourself a favor, see Egypt in one of the best ways possible and help the local economy at the same time by including a weeklong cruise on the Nile when you visit Egypt.

Not a war zone – but be cautious

It’s no surprise that the most common question I get in regards to Egypt travel is about safety and security. If you’ve watched the news anytime in the last year, then you’ll know the region has had a lot of problems lately. In fact, my Insight Vacations tour was the first time the company had been back in the country in a couple of years. All I can do is share my experience, and I’m certainly no security expert. When I was there I never felt in danger nor did I sense any tension or ill feelings. What I did notice was how few tourists there were and just how much the people of Egypt are suffering as a result. Tourism employs many people and when it disappeared a few years ago, millions were left without a way to earn a living. For the traveler today, that means you will be bombarded at historic sites by touts who want to try to sell you something. It also may mean an increase in pickpocketing and other petty theft, so be aware. My best advice for Egypt is twofold: 1) watch the news, keep up on current events and use your common sense and 2) treat Egypt as you would any other country you visit – be aware, vigilant and take certain measures to make theft difficult if not impossible. Frankly, it’s a tricky situation but for the well being of the average Egyptian, I do hope that things stabilize and soon.

I thoroughly enjoyed my first organized tour experience and I’m glad it was with the luxury provider Insight Vacations. If I had one criticism though it’s that we didn’t spend enough time in Cairo. Sure, we spent a day touring Giza and the pyramids and visited a few sights in Cairo, including the Egyptian Museum, but it wasn’t enough. Cairo is an enormous city with an age and history that astonishes most visitors. Cairo IS world history and you need some time to fully explore it. That’s why I’m especially happy that I had a very late flight out on my last day, enabling me to spend almost the entire day exploring Cairo on my own. Hiring a local cab driver for the day (total was less than $20) I asked him to shepherd me around town, seeing the sights and trying to get to know the city a little better. That time was integral in my better understanding of Cairo, plus it was just a lot of fun. Walking through Old Cairo, marveling at the ancient churches and synagogues and reflecting on the history that has passed along those very same streets and alleyways was a singularly amazing travel moment. But I’m sure it’s just one of many that Cairo has to share with visitors if you just take the time to look for them.

Egypt surprised me in a lot of ways, but the biggest was perhaps how much I enjoyed it. As a history nerd, I knew that the ancient sites would thrill me but I never anticipated falling in love with modern Egypt as well. The sights, aromas, sounds and of course the people all come together to make one of the best travel experiences found anywhere in the world.

Have you been to Egypt? What did you learn from the experience?