Travel is a deeply personal experience and the style in which we travel necessarily dictates ultimately how much we enjoy exploring new cities and regions. I tend to travel fast, more a product of limited time than anything else. I know what you’re thinking – “But travel is his job!” True, but I still travel as most other people do, 1-2 weeks at a time maximum, seeing and doing as much as I can in the process. Like most folks, I have a home, partner, dogs and other commitments that keep me firmly rooted at home, which is why spending weeks or months on the road just isn’t possible. That’s how I found myself spending just one day in Stuttgart, one of Germany’s largest cities. But instead of lamenting the fact, I tried to make the most of it and what I found was a city that frankly fascinated me.

After spending some time exploring Germany’s more traditional-looking towns – half timbered roofs, giant steins of beer and oompah bands – it was a shock to my cultural senses to suddenly find myself in a thriving city, seemingly moving in every direction at once. Stuttgart has always been lucky, and that luck for the last half-century or so has come from its industrial base, primarily cars. Mercedes-Benz and Porsche both have their headquarters in Stuttgart, giving the city the moniker the cradle of the automobile, as are a whole host of other companies including a personal favorite, Ritter Sport chocolates. Just as quickly as the urbanity shocked me, I realized that Stuttgart is about much more than just cars and chocolate. It’s a modern city with ancient roots that looks to the past, but isn’t afraid of redefining itself either. 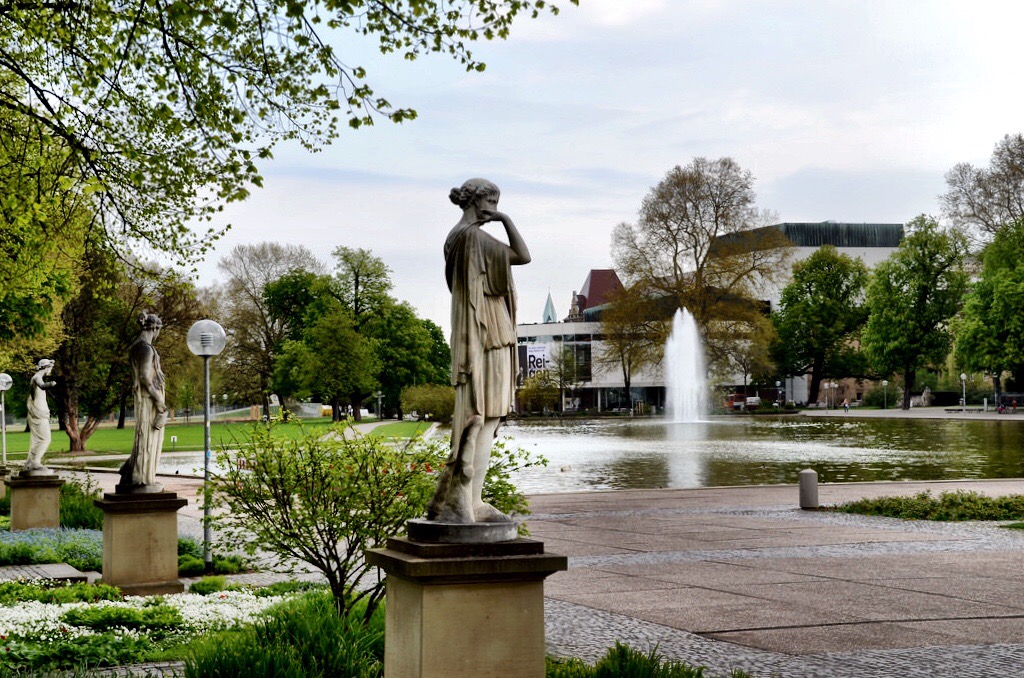 It was easy for me to believe that Stuttgart was and is an important capital city. Today it’s the capital of the state of Baden-Württemberg , but for centuries Württemberg itself was a separate kingdom. And that’s the feel of the old part of town, imperial splendor, not unlike many other great world capitals. Palaces, churches, opera houses and more all create large spaces that command your attention. But Stuttgart isn’t just about the past and the people who live there certainly are looking forward. Walking around town it was easy to find a certain hipster element; quirky bars and cafes, plenty of street art and art galleries that were as modern as any I’ve ever found. It’s a young city and the people who live there are generally creative, creating a culture and quality of life that’s frankly hard to beat. It wasn’t that obnoxious sort of hispterism though that you find in parts of New York or Portland, no, it was oddly welcoming and approachable and before I knew it I was craving an espresso and a retro-hat. 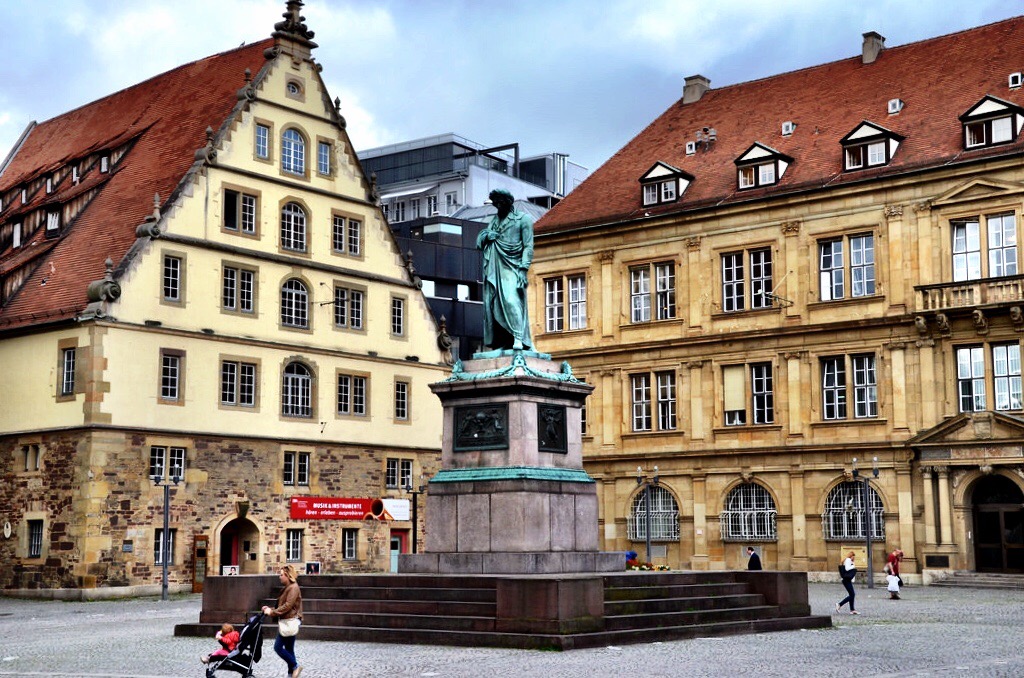 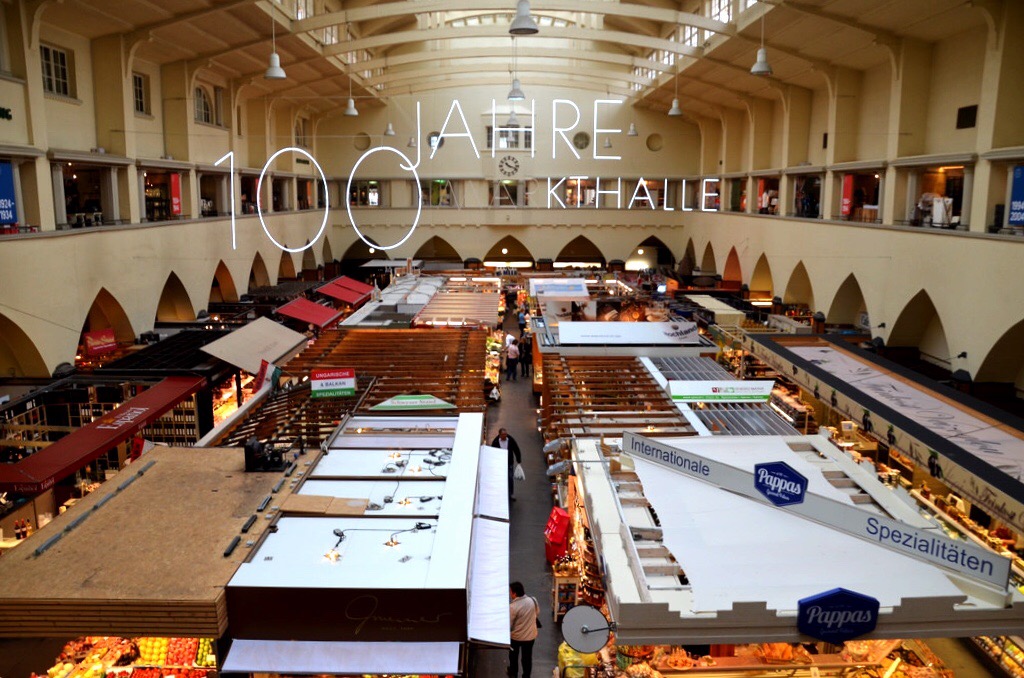 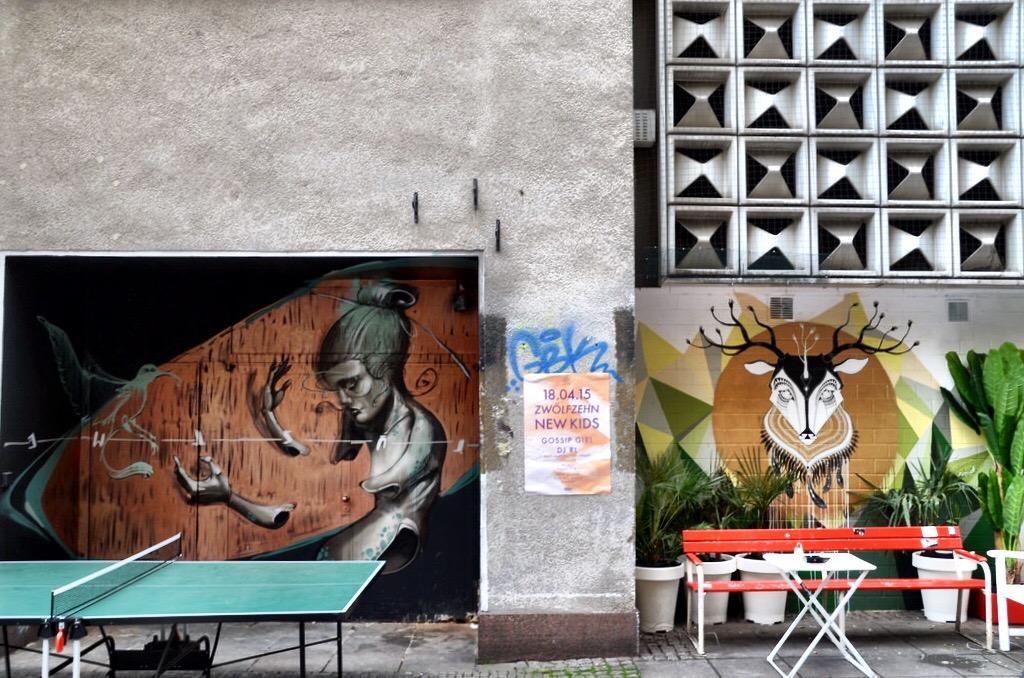 What I enjoy most about visiting any city though is the foodie element, and while you can certainly find everything you would in any other large modern city, it was the traditional food that drew me in. Stuttgart is in the center of a German area known as Swabia; a cultural, historic and linguistic region in southwestern Germany. From the language to particular customs, things are done a little differently here and that’s absolutely seen in the food offerings, my favorite of which was something called Maultaschen.

Sadly, when translated this tasty dish is called ravioli on English menus, but that’s not entirely accurate. These savory pillows of pasta started when a local monk decided he didn’t want to abstain from meat during fasts, so he mixed minced meat with spinach and wrapped it in noodle dough. The dish eventually caught on and is now a very common and traditional meal to find throughout the region, but especially in Stuttgart. There are many ways to eat Maultaschen, but it is typically boiled in a broth, I decided to try a version cooked with eggs. What arrived at my table looked more like an elaborate omelet than a ravioli dish, but after a few bites I knew I had found something special. I couldn’t help myself and soon ate the whole portion, looking around for a little more. It was a hearty but delicious meal and one that is still important to Stuttgart and the areas surrounding it.

While there are plenty of things to do and see in the historic heart of Stuttgart, there are also some great diversions to enjoy nearby. Within the city itself, I decided to ignore the more traditional museums and instead spent some time exploring the quirky and campy Pig Museum. That’s right, it’s an entire museum devoted to our friend the pig and with more than 50,000 pieces in 25 rooms, it’s easy to see why it’s also the world’s largest pig museum. It’s strange and unusual but if you give yourself up to it you’ll have fun. Plus they have a pork-themed restaurant adjacent to the museum for a slightly off-kilter dining experience. To go further afield though, visit the small town of Esslingen, an easy train ride from Stuttgart. One of the best preserved German towns, it was spared the ravages of war that consumed so many other places around the country leaving us with a rich cultural legacy to enjoy. A walk through the historic core of Esslingen reveals scores of half-timbered houses, all original and all dating back hundreds of years. In fact the oldest such house and neighborhood in Germany are both located in Esslingen. There’s a lot more to the town though than just its architecture, Esslingen’s crooked and winding streets are a treat to explore because you never quite know where you’ll end up. Beautiful waterways, shops and restaurants and even the oldest producer of sparkling German wines are all found here, a city that too many people seem to just drive past instead of stopping to appreciate its history and beauty.

I enjoyed my time in Stuttgart, probably more than I thought I would at first. If I learned anything though from my time there, it’s that this vibrant city deserves, demands really, more time than I gave it and I hope I can return and get to know this thriving city a little bit better.

Have you been to Stuttgart? What did you think?

1 thought on “My First Travel Date With Stuttgart Germany”