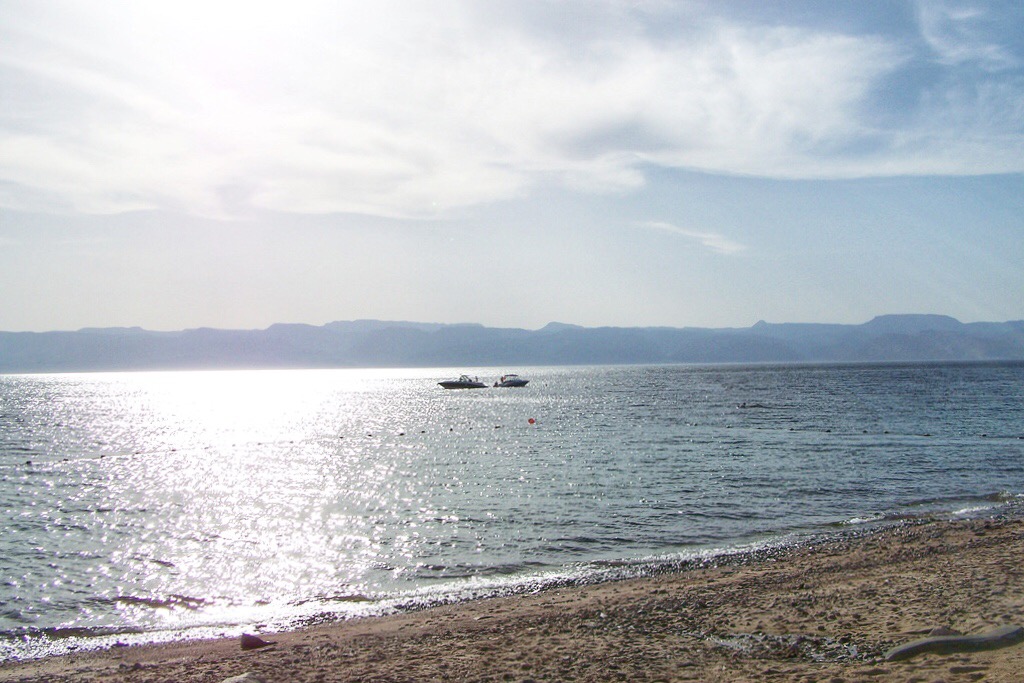 Most visitors to Jordan go for the Rose City of Petra and maybe Wadi Rum or even the Dead Sea. For international visitors, at least ones not into the diving scene, a beach vacation not only doesn’t make the list, I think most people would be shocked to learn that it’s even possible. After two visits to the Red Sea resort town of Aqaba, Jordan though, I can confirm that not only is it possible, it’s also a lot of fun and a nice departure from the desert experiences found in the rest of the country.

I’m not a diver, although I do enjoy snorkeling whenever I’m in open water and as it turns out, the Red Sea is one of the best places in the world for both adventure activities. The Red Sea is home to an amazing array of reefs, pelagic fishes, dolphins and even shipwrecks. Most commonly accessed via the Egyptian side, Jordan and Aqaba in particular is also a great place from which to launch your maritime adventures. While there are live-aboard opportunities, each time I’ve been in Aqaba I’ve gone on day cruises, a perfect amount of time on the water for me. There are plenty of companies around town that have daily boat rides that include diving and snorkeling gear, lunch and plenty of time in the sun. It’s one thing to bake under the desert sun, but it’s quite another to enjoy that same heat out on the water. There’s nothing I enjoy more than being on a boat, and this is a great way to add some diversity to your Jordanian experience. 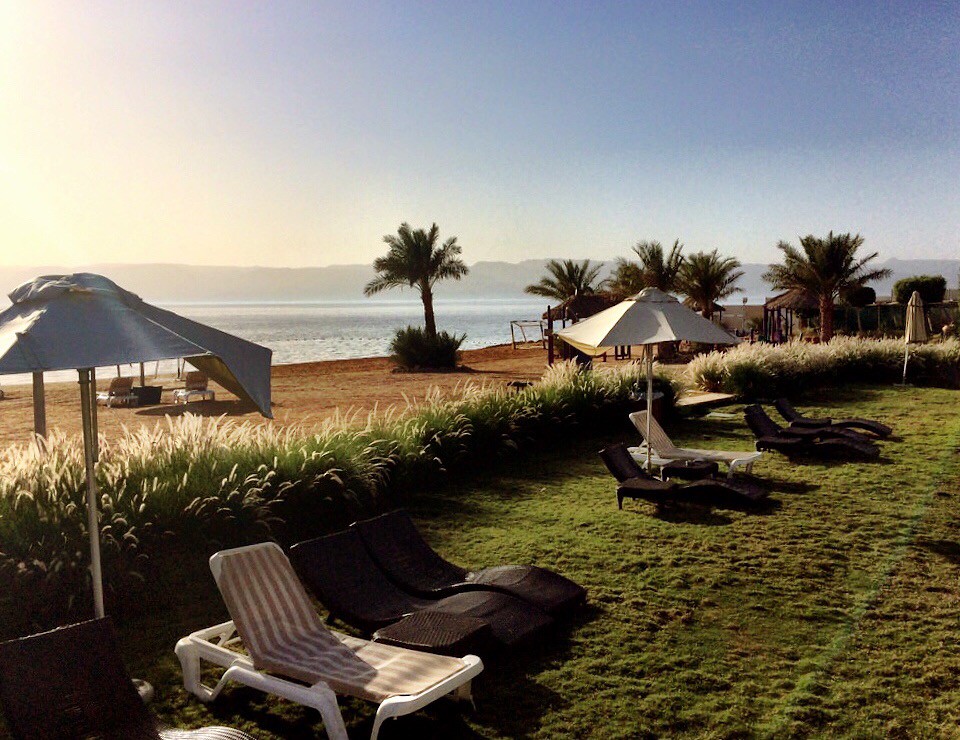 Luxury in the Middle East in general and Jordan in particular is amongst the best I’ve experienced anywhere in the world. There’s just a fundamental understanding about what great resorts and amazing service really mean, and Aqaba is amongst the best of these great resort destinations. Three in particular stand out to me: Kempinski Hotel Aqaba Red Sea, Moevenpick Resort & Spa Tala Bay Aqaba and the InterContinental Aqaba Resort. All three are well-known, international brands with a proven track record of success in the luxury world. I’ve been particularly impressed by Kempinski, a previously unknown brand to me until I visited Jordan. What impressed me most about them was their ability to blend what is fundamentally a large resort with luxury service. It’s not easy and many around the world fail, but they seem to excel at it. No matter which luxury resort you call home for your stay, similar features will be found at each one: great access to the Red Sea, insanely comfortable rooms, fantastic spa facilities and the ability to relax; it is a beach vacation after all. 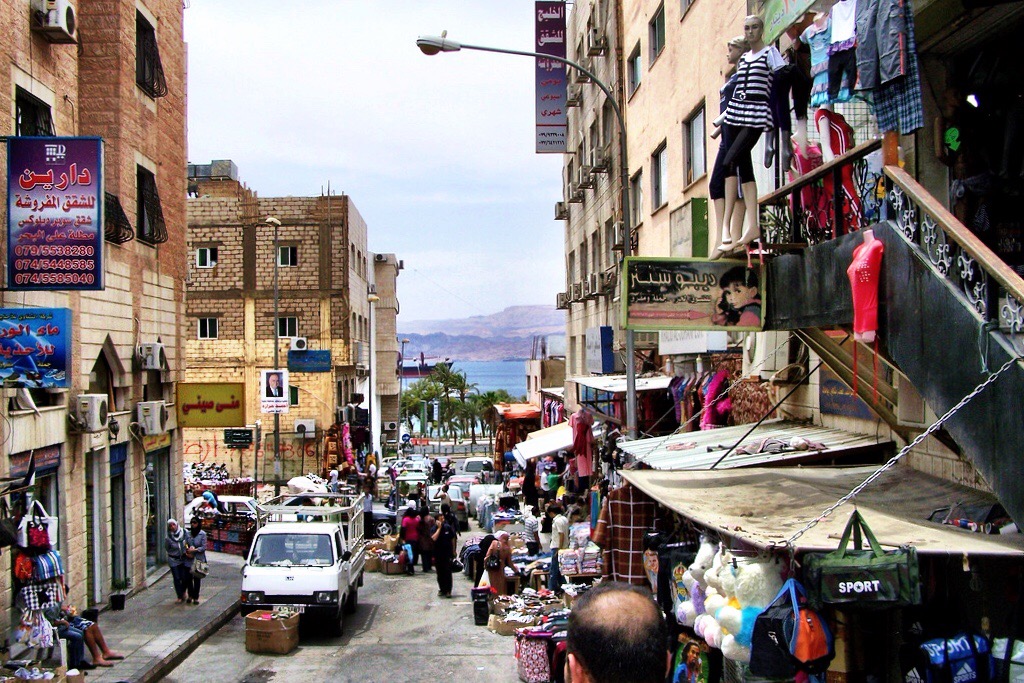 I’ve been to a lot of beach communities both in the US and around the world, and to me at least they’re all fairly similar to each other. All eyes are on the sea and there are plenty of restaurants, bars and cafés to amuse visitors when they’re not frolicking in the water. The same definitely holds true for Aqaba, which as much an escape for people living in the region as it is for tourists from overseas. Part of the reason for that is that the entire town is a duty-free zone, so many people visit just to shop for everything from electronics to cigarettes and even spices and nuts. But there’s also a party atmosphere in town, and I don’t mean that in a negative way; well not exactly. All beach towns have a similar mix of tourists both wealthy and not-so-wealthy, each there to seek some refuge in the azure waters of the sea. It’s one of the few times actually when people of all types rub shoulders at the corner bar, having fun and enjoying the warm almost tropical evenings.

Aqaba is, I think, an unlikely beach destination because in general that’s not why people visit Jordan. They visit for the history, the impressive ancient ruins, the massive and stunningly beautiful Wadi Rum desert and even an urban escape in Amman, the capital city. But adding in a few days of rest and relaxation in Aqaba is a nice way to balance what can be an otherwise busy and at times tiring trip. It’s a vacation after all, an escape, so why not take some time off from wandering around ruins and dive below the water in Aqaba?

Have you been to Aqaba? What did you think?