Indiana Jones is to blame if you really think about it. That iconic scene near the end of The Last Crusade highlights a building so fantastical that most people immediately thought it to be the creation of Hollywood. But slowly word leaked out that not only is it a real place, but it’s also pretty easy to visit. The Treasury, the most famous structure within the ancient city of Petra in Jordan may be the reason why so many people plan to visit, but almost immediately everyone begins to understand that it is just the beginning of the real wonders of Petra.

Originally built more than 2,000 years ago, Petra was at one time a crucial part of the worldwide commercial trading network; a massive city that prospered until, well, it didn’t. Just like in Indiana Jones, the city was lost to time, but not to the local Bedouins who have lived in the city’s caves for centuries – millennia really. The Western world rediscovered it in the early 19th century when a Swiss explorer found the Rose City, named for the marvelous light red hue of the stone from which the city is carved. 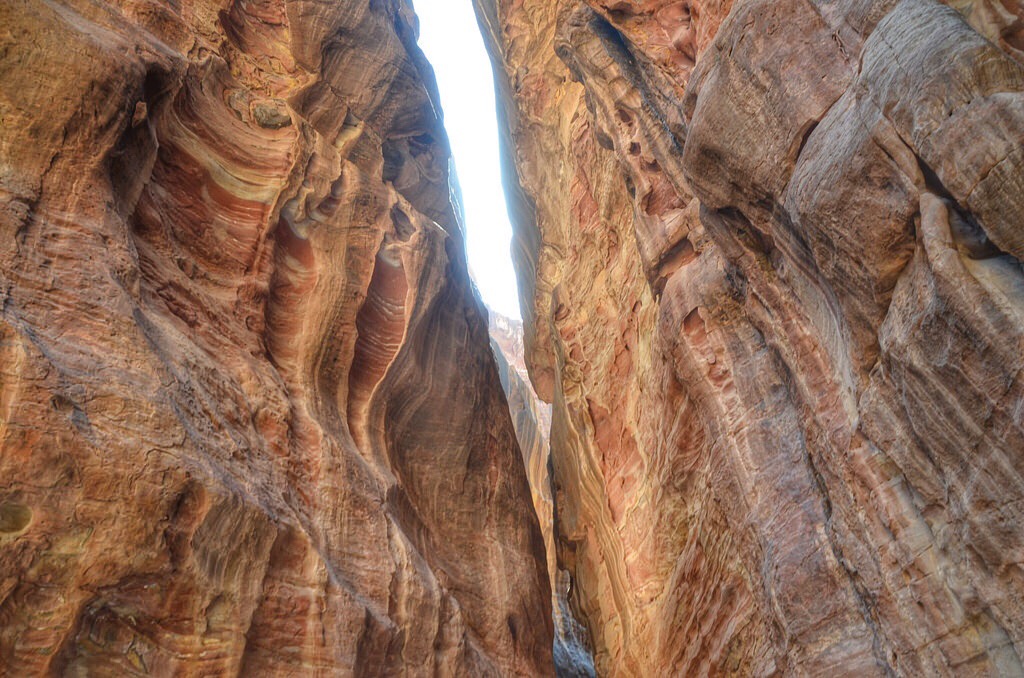 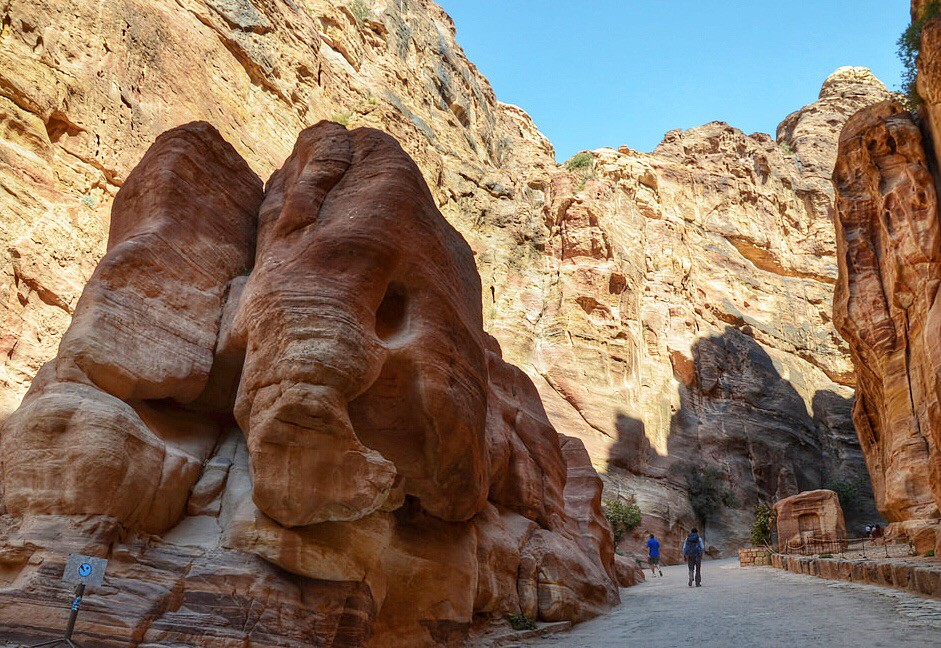 The only way to access Petra is by a rite a passage; a walk through the 1-kilometer long Siq. A massive slot canyon, the features of the Siq were at one time augmented to impress and intimate newcomers to the city, and it’s still impressing them today. It’s a vital way I think to prepare yourself mentally for the journey that is to come. The walkway provides the first inkling about the size of the city and how amazing it is even today, centuries after the last inhabitant left.

The Treasury is the first building all visitors see. Built into the surrounding rocks, it was chiseled out of raw stone, a feat that still boggles my mind. Looking up at it it’s hard not to feel small, not just in size but also in importance. An entire civilization flourished here while Western Europeans were still pagans and looking to the sun and moon for guidance. It’s a testimony to the ingenuity and intelligence of the ancient peoples and is a sight I will never get tired of seeing. But it’s just the start and that is what most visitors don’t understand.

Extending many more kilometers up and over the surrounding mountains and canyons are remnants of the city. From homes carved into the rock to tombs and even a perfectly straight Roman road, installed after the Empire conquered the region. You could quite honestly spend days exploring this crucially important UNESCO World Heritage Site, but many come just for the day. If you start early though and have some stamina, that is enough time to at least understand why Petra is so impressive. 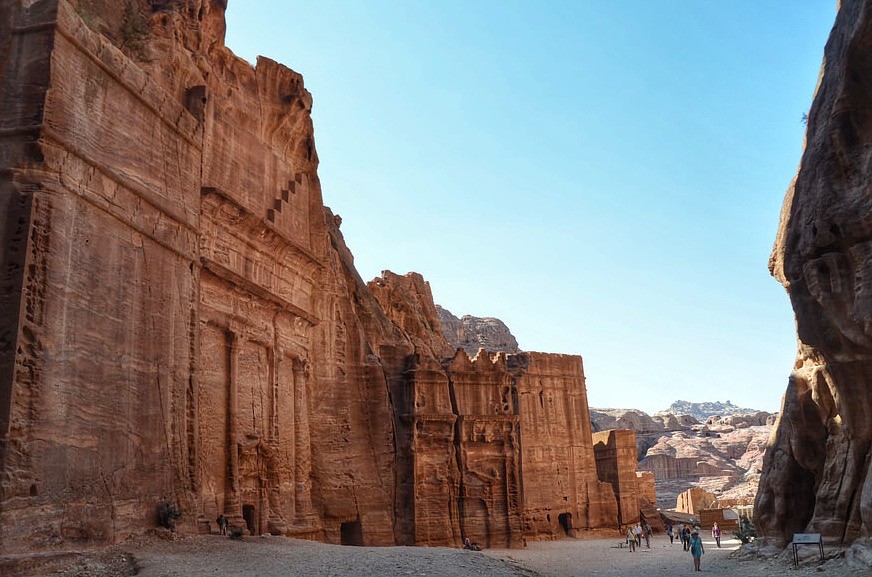 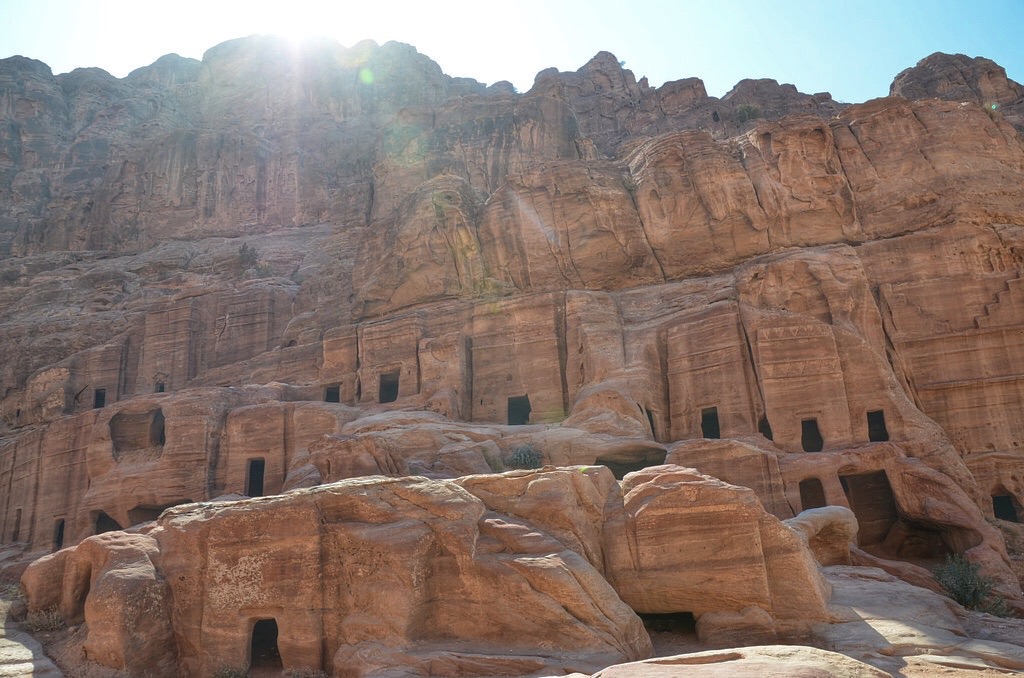 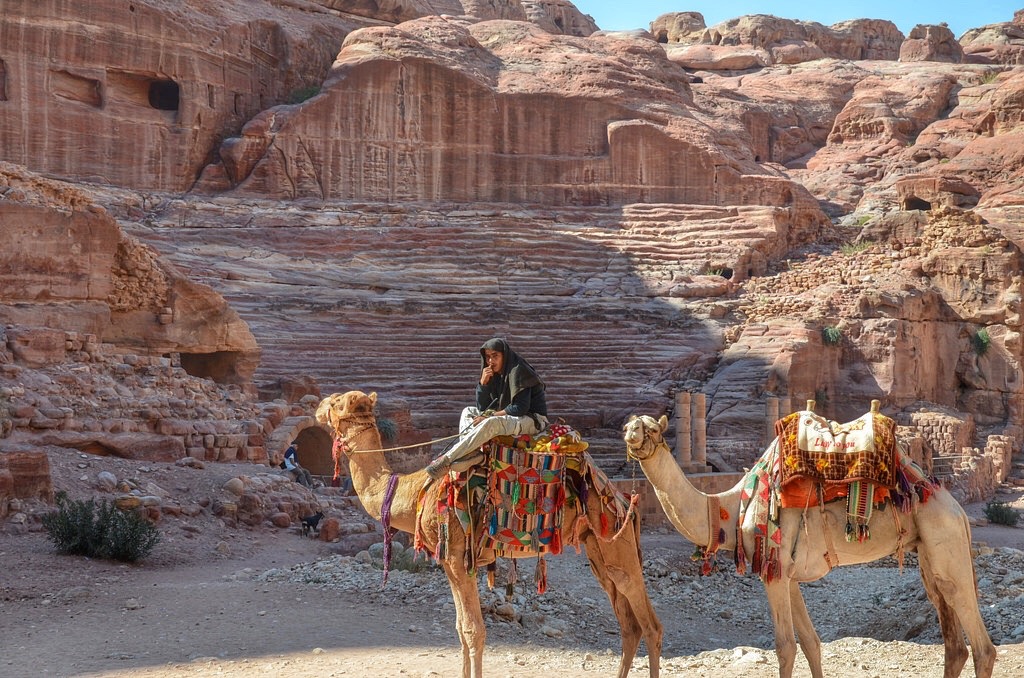 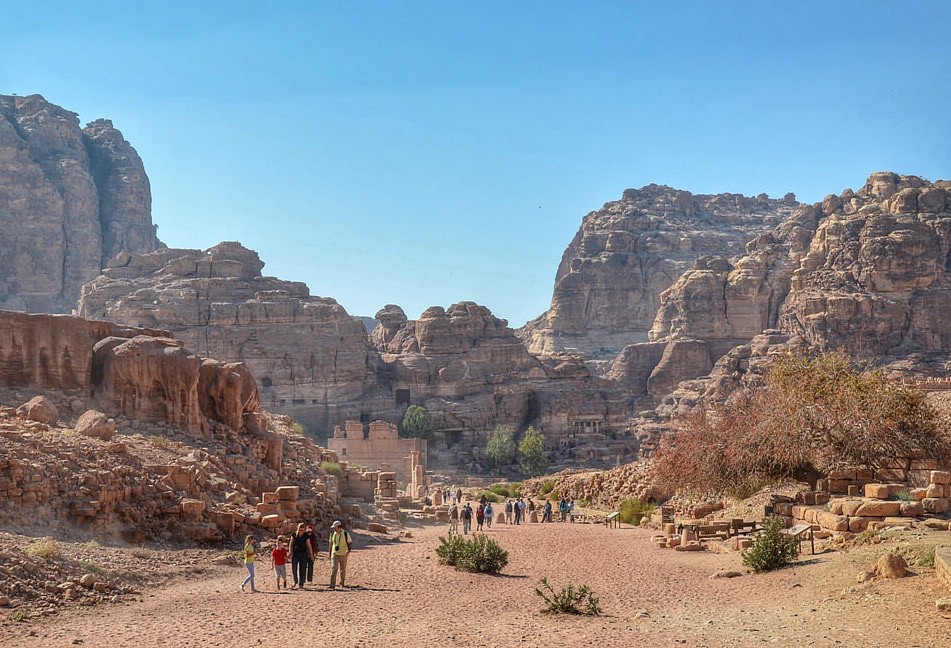 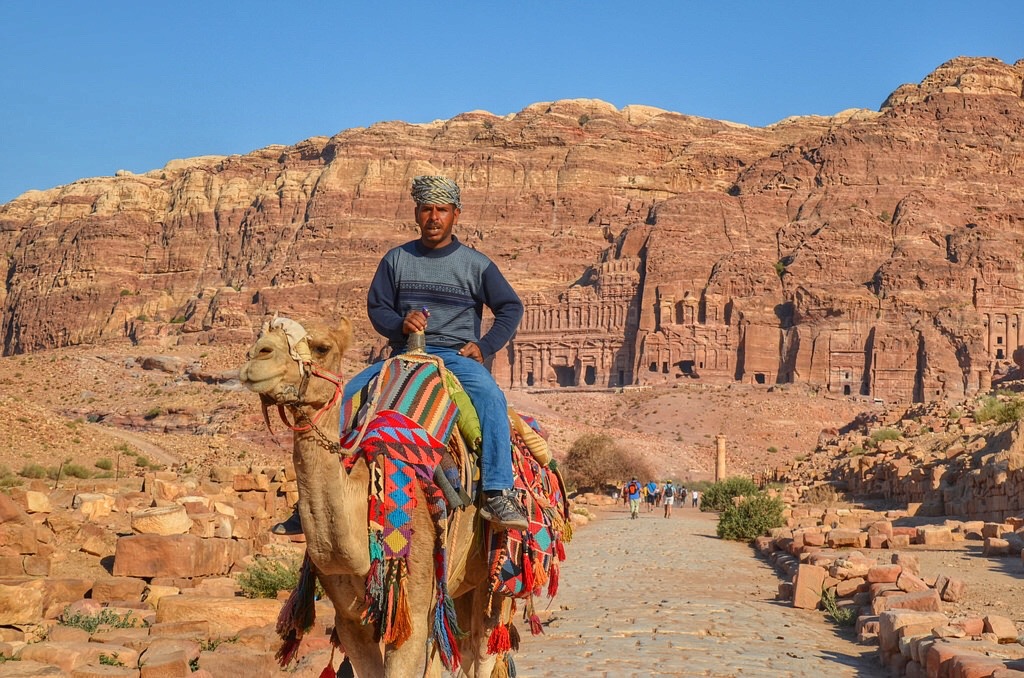 There are a number of routes to take, but the one up to the Monastery is one of the most impressive. While the hike isn’t an easy one, and in the dead of summer is a test of endurance, the reward at the end is well worth the effort. Like the Treasury, the so-called Monastery is also built into the rock face, but it is even more impressive. Larger and more commanding, I don’t know why the Monastery isn’t the one that is world famous, but it absolutely should be.

Lest you think that sunset marks the end to the day at Petra, think again. If you’re there you must participate in the very special Petra at Night experience. Walking through the now candlelit Siq, carefully watching for loose stones and rocks, this time the Treasury erupts not in the glare of the sun but in the soft glow of hundreds of candles, set up in front of the Treasury itself. Bedouin guides share stories and songs they have passed down through the years and the entire experience is much more personal and intimate than a day visit and provides an amazing introduction to the people who have called Petra home seemingly forever. 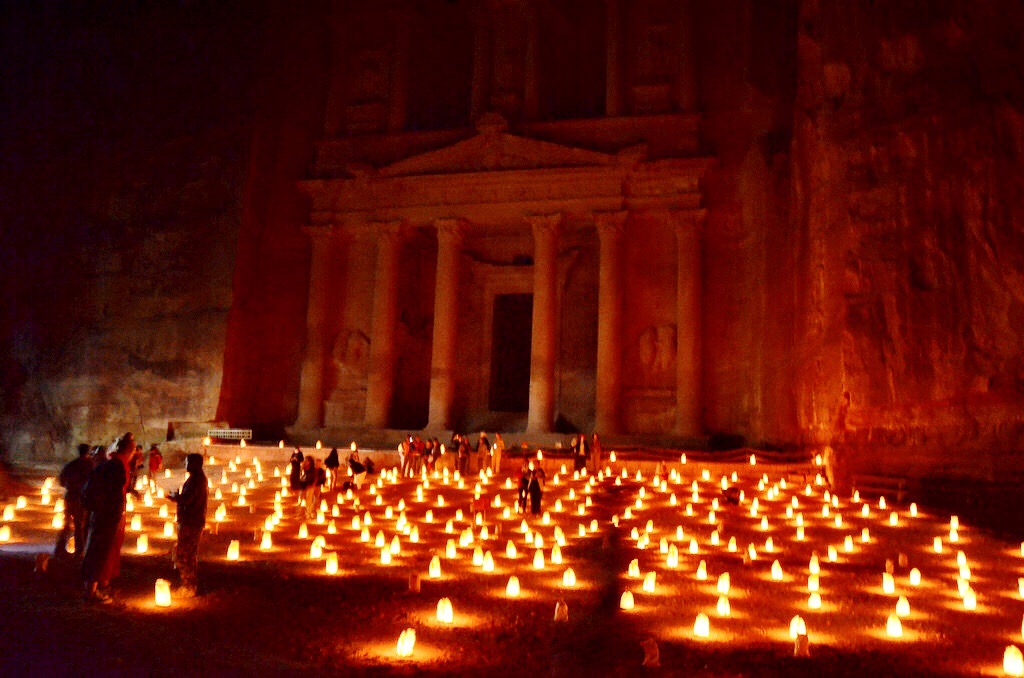 Petra is one of the most important archeological sites in the world and one of the most beautiful. But it’s so much more impressive than people who have never visited may realize. Yes, the Treasury is the building that gets all of the attention, but it’s just a symbol of something larger, something even more impressive. It is the entirety of Petra the city herself that really is incredible. It’s a place like none other I have visited anywhere in the world and while it may sound cliché, it is just one of those places that everyone owes it to themselves to see before they die.

Have you been to Petra? How did it affect you?

16 thoughts on “A Look At The Real Wonders of Petra”