Three years ago I first entered the red desert famously known for Lawrence of Arabia and the moon-like geology more than anything else. It was a first date, a chance for me to skim the surface of this beautiful UNESCO World Heritage Site and to get an inkling of what makes it so very special. When I returned a few months ago, it was time to go for second base – to get closer to Wadi Rum and in the process, understand Jordan and her people a little bit better as well.

Walking on Mars – that’s what Wadi Rum is like. Everything is red and in the horizon erupt small hills and mountains. Jagged cliffs and bizarre formations that look as if they were pulled from the mind of Tim Burton instead of a real place on Earth. This is part of what makes Wadi Rum so very famous though, these unique features have propelled it to the most vaunted of lists, the UNESCO World Heritage list and it’s for these moments that thousands visit every year. It’s not quite how I started my second experience with this lovely place though, no that was a much more personal experience than trekking over sand dunes. 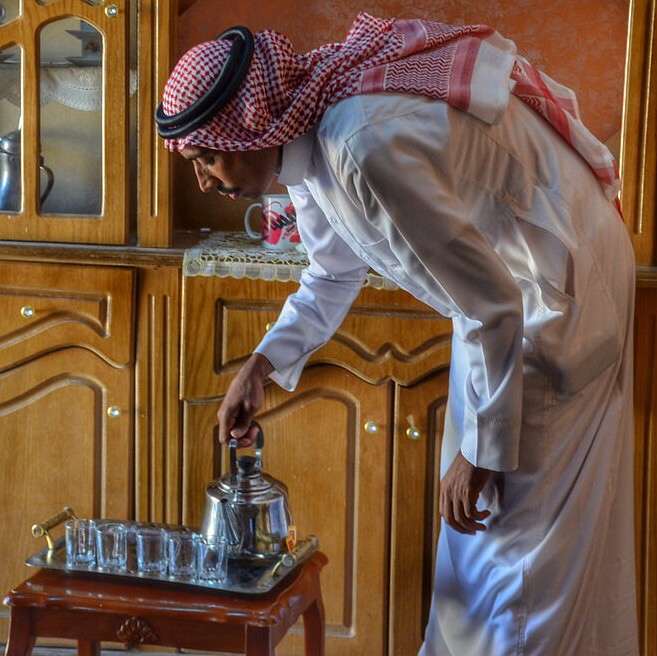 The home was a modest one and inside a massive sofa lined the entire perimeter of the living room. Not a formal tourist activity, our guide had friends, Bedouins, who lived in Wadi Rum and upon hearing we were coming asked us over for lunch. Everyone was dressed up, well except for us, and we chatted and joked as the meal, a traditional mansaf, was presented to us. The national dish of Jordan, eating mansaf is a learned art form and not one I have managed to master quite yet, but that didn’t stop me from eating obscene amounts of this delicious meal. The beauty is in its simplicity and I can easily understand why it’s the culinary emblem of the country. But it wasn’t the food I enjoyed so much, it was the famously warm Jordanian hospitality that was extended to us. I’ve said it many times, but Jordanians are amongst the nicest and warmest groups of people I’ve ever encountered, and it was showcased in prime fashion for us that day.

Jordan understands the importance of maintaining these traditions and the government encourages Bedouins to continue with their traditional lifestyle. Of course nowadays campsites are selected based on cell-phone reception, but the important traditions have been preserved. It was with all of this in mind, these traditions of the desert, that I considered as I jumped into the back of the safari truck bound for the heart of the beautiful Wadi Rum desert. 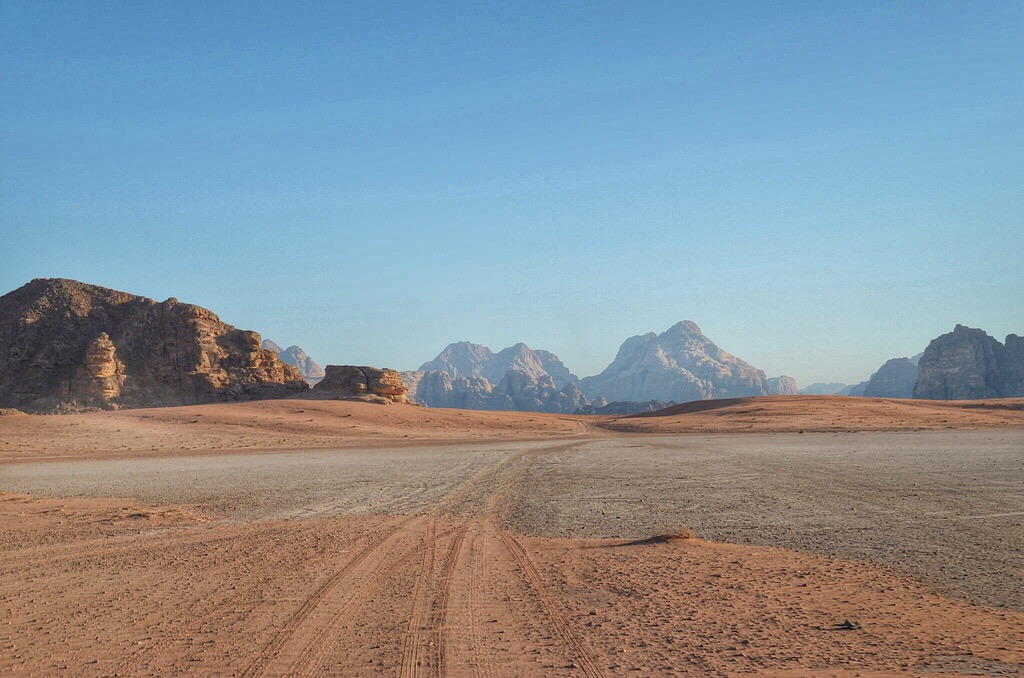 The colors found in Wadi Rum are what we all think deserts should look like. That’s probably why countless TV and film production crews have been here to shoot, to get that iconic look for whatever project they’re working on. Driving across the shifting sands takes a deft hand; luckily our guide has been navigating the desert for longer than I’ve been alive. He took us to his favorite spots; a natural bridge, ancient petroglyphs and countless rock formations that he swore looked like a variety of objects. It didn’t matter to me what we were looking at, not really, for me the thrill and the excitement was just being out there, exploring and seeing what lay beyond the next rock. At sunset we found another large rock and climbed to the top for a perfectly orange sunset in the desert.

Most visitors to Wadi Rum spend the night at one of many tented camps found throughout the desert. That night I was in Rahayeb Camp, one of the few luxury camps in Wadi Rum and a comfortable but intimate way to experience the desert. My tented cabin had a bed, nightstands and even an en suite bathroom with hot water. It was perfect, my little luxury hotel room in the middle of nowhere. And when I say middle of nowhere, I mean that. Tucked away in a small canyon, the Rahayeb Camp location was chosen specifically for its remoteness. At night the camp erupted in music and dancing and was capped off with a delicious meal, a feast enjoyed by everyone. It was a beautiful night and as I sat in front of the campfire I looked up at the panoply of stars and couldn’t help but pinch myself.

It’s for moments like that one, one of total and utter contentment, that’s one reason why I travel. It was probably the happiest moment of the trip for me and even if there’s a chance you can capture a similar sensation, you owe it to go to Wadi Rum and give it a try.

Was Wadi Rum as great as it was the first time? Naturally, it was better. I saw more of the desert and learned a lot more about the people who call it home. Aside from cross-cultural education, I just had a really nice time. It was fun and exciting and if that’s not a great reason to travel and visit new places, then I don’t know what is.