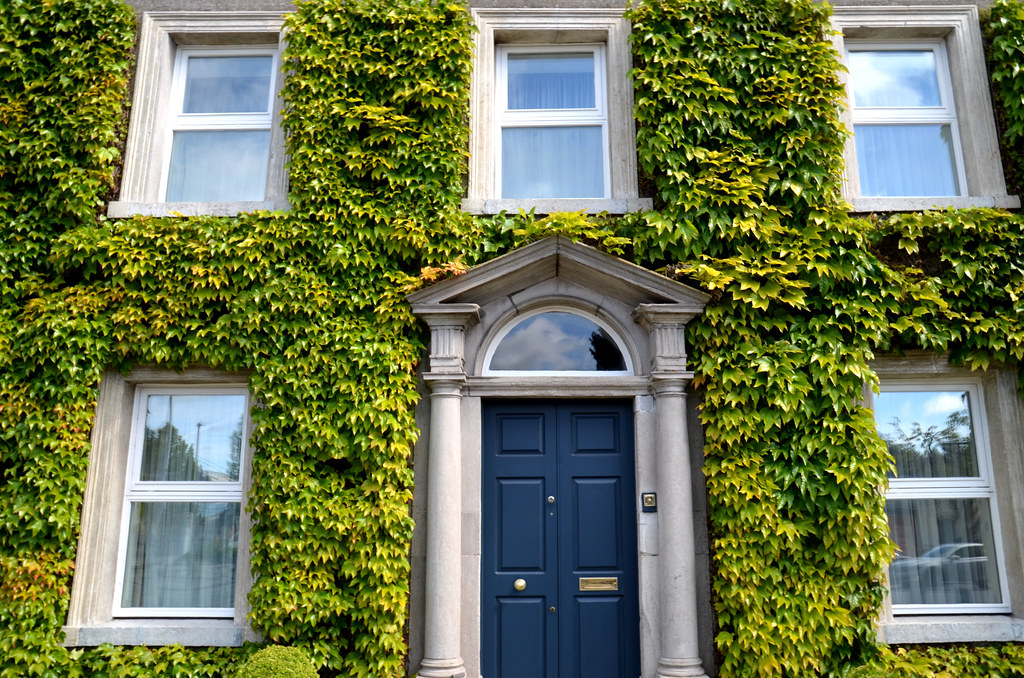 Ireland’s Ancient East is an expansive region, but at the heart of the experience is the Boyne Valley. So much more than a simple geographical designation, the valley has played a pivotal role not only in the history of Ireland, but of European civilization in general. This is where you’ll find some of the earliest Neolithic tombs as well as battlefields that decided the regional balance of power for generations. It’s also a particularly beautiful part of Ireland, which is saying something in a country famous for its spectacular landscapes. I spent a few days exploring the Boyne Valley as I worked with Tourism Ireland to share what makes Ireland’s Ancient East so special. My experiences in the Boyne Valley weren’t just nice, they came to define my time in the country, playing a key role in how I learned more about the Ancient East. One of the most popular areas for tourists to visit, today I want to share my own personal favorite experiences that should form the keystone for any great drive around the valley. 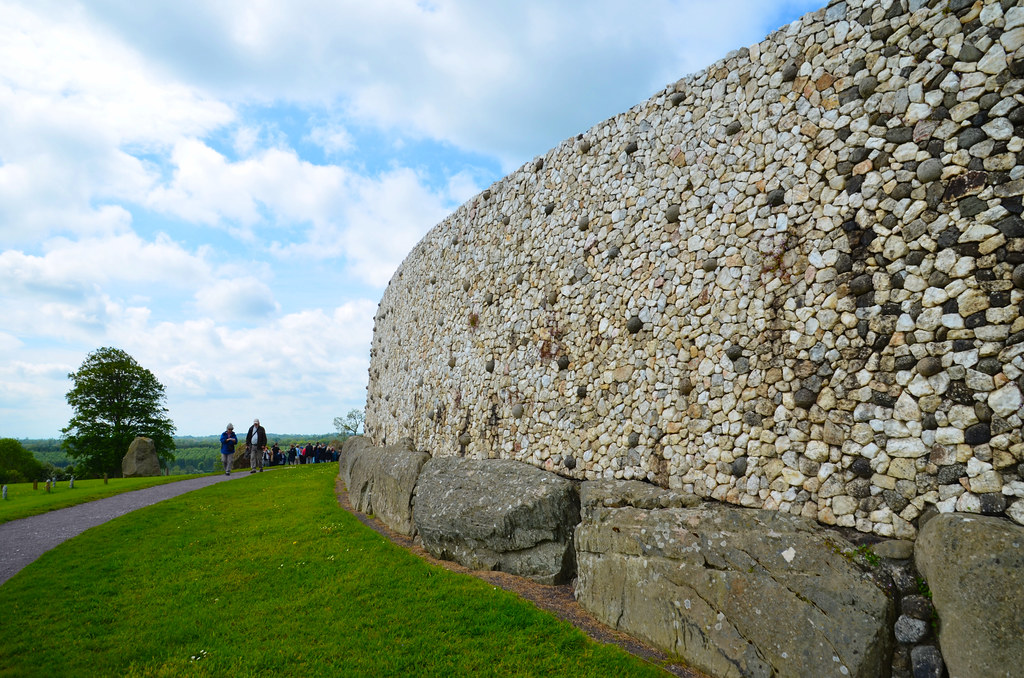 One of the most popular tourist sites in the country and certainly the Boyne Valley, Newgrange and surrounding tombs are some of the most amazing prehistoric structures you’ll ever visit. More than 5,000 years old, this passage tomb, along with others, sat undisturbed under pastureland for centuries until they were finally rediscovered and presented to the public. Walking into the tomb itself, I couldn’t help but be amazed as I espied the ornate circular design work carved into the rock, still there after all of these years. Newgrange, along with others nearby, are the best known tombs of this kind in Europe and to stand there in that spot was honestly humbling for me. 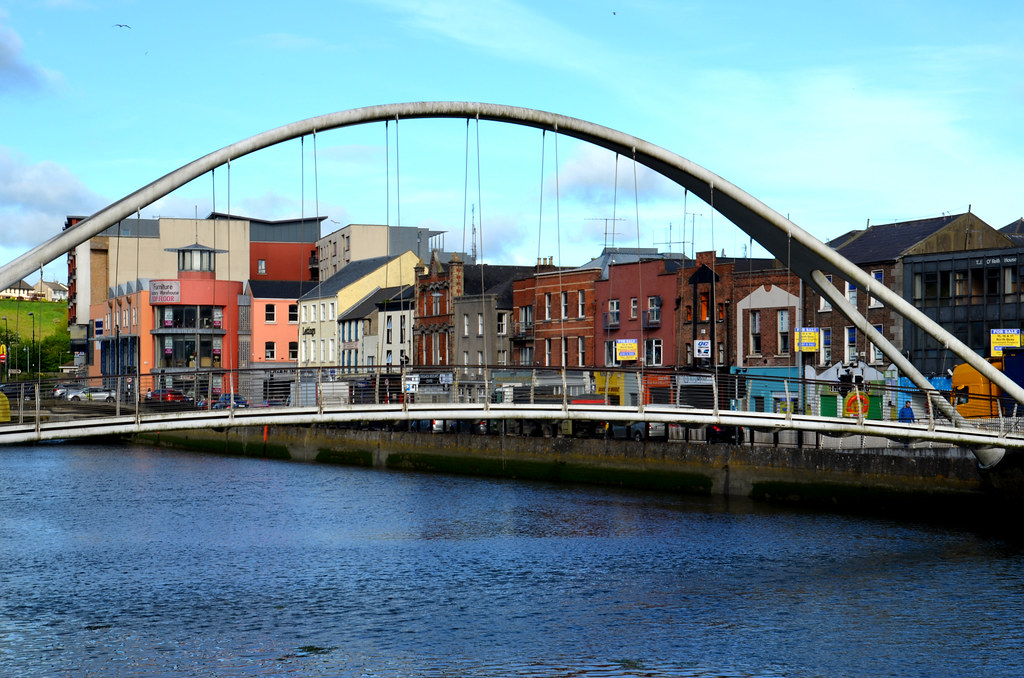 To be honest, I still don’t think I can properly pronounce the name of this town by the river, but I enjoyed nearly every minute spent in Drogheda. An ideal home base from which to further explore the region, that’s exactly what I did, checking into the upscale “d Hotel” located next to the River Boyne itself. The hotel enjoys a fantastic location in town, allowing great opportunities to get out and walk around this ancient place. Getting up early one morning, it seemed as if I had Drogheda all to myself as I meandered around the colorful streets, stopping by the church and other key landmarks. A highlight though was visiting an old graveyard that offered fantastic views of the river and aqueduct, still used today to ferry the train from Dublin. Drogheda is a slow-paced kind of place and using it as a place to come back to at night was ideal as I spent my days driving around the region. 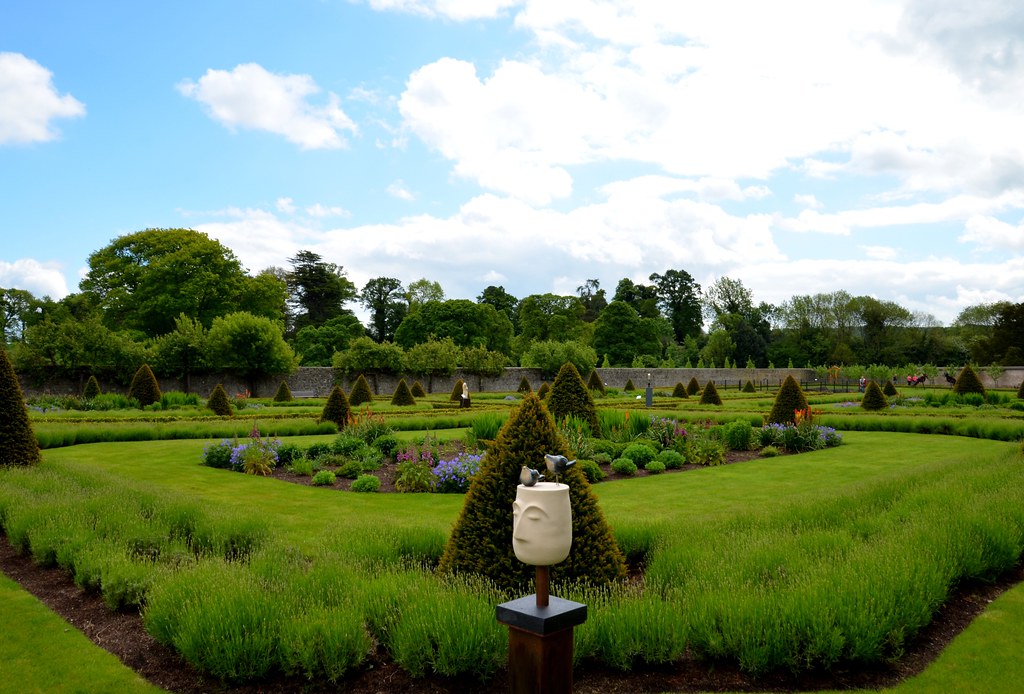 Battle of the Boyne

Even for a history buff like myself, the Battle of the Boyne is a little arcane, but visiting the site of this important skirmish is key to understanding Irish history. Without going too deep into both British and Irish history, in 1690 King William fought the forces of the deposed King James II. William’s victory ensured his position on the English throne and the continue prominence of Protestantism in both the UK and Ireland. The ramifications of the Battle are still being felt today, most notably in Northern Ireland where the Orange Order has turned the Battle into a folkloric event. Ok, that’s your history lesson for today, but when you visit the Boyne Valley the battle site is well worth a visit not only for its historical importance, but because the grounds of the battlefield are a beautiful place to wander. Elaborate gardens, plenty of fantastic spots for a picnic and yes, historical relics are all part of the experience and if it’s a nice day, it’s the ideal place to relax for a while. 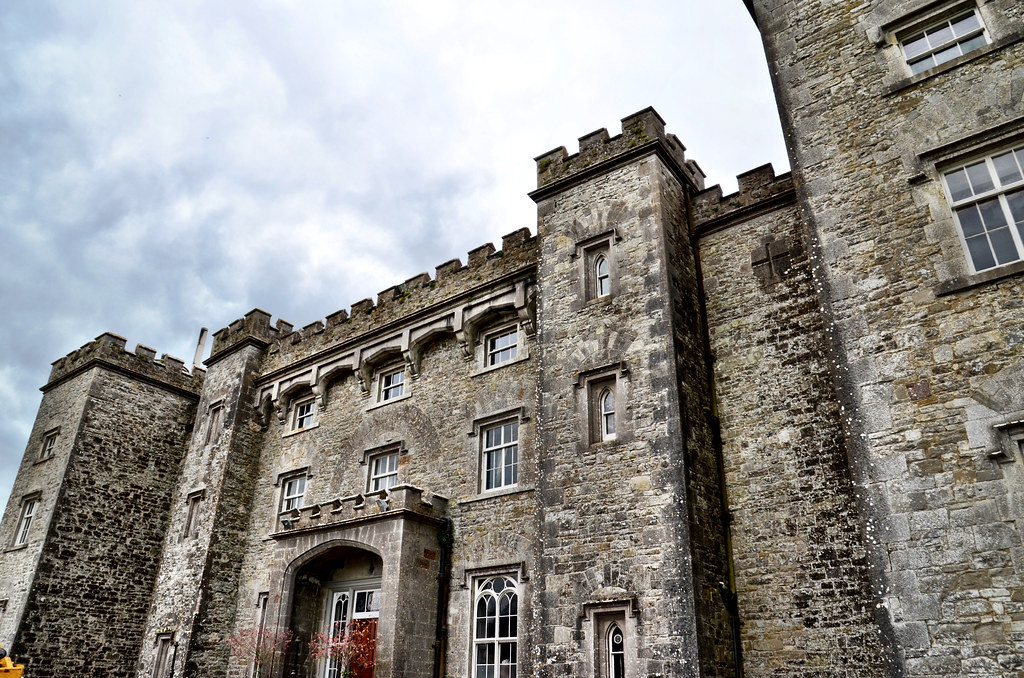 I can’t resist visiting a good castle and when you’re in Drogheda that means a stop at nearby Slane Castle is in order. Held in the same family for generations, today it’s been remodeled and updated and offers a fantastic look into another era. Oddly enough though, today the castle is better known as being a world-class concert venue than for its impressive history. When I visited they were setting up for an impending Guns N’ Roses concert and everyone from Madonna to U2 have performed on the castle grounds. What’s really exciting though is a new facility that is due to open later in 2017, the Slane Distillery. Using the bones of existing buildings, a new state of the art whiskey distillery will soon be open, along with an equally modern visitors center. Guests will be able to tour the site, sample the whiskey and even enjoy some snacks before joining a tour of the castle. It was nearly finished when I visited and I could easily see that once completed, it will help make visiting Slane Castle a must-do experience for all visitors to the region. 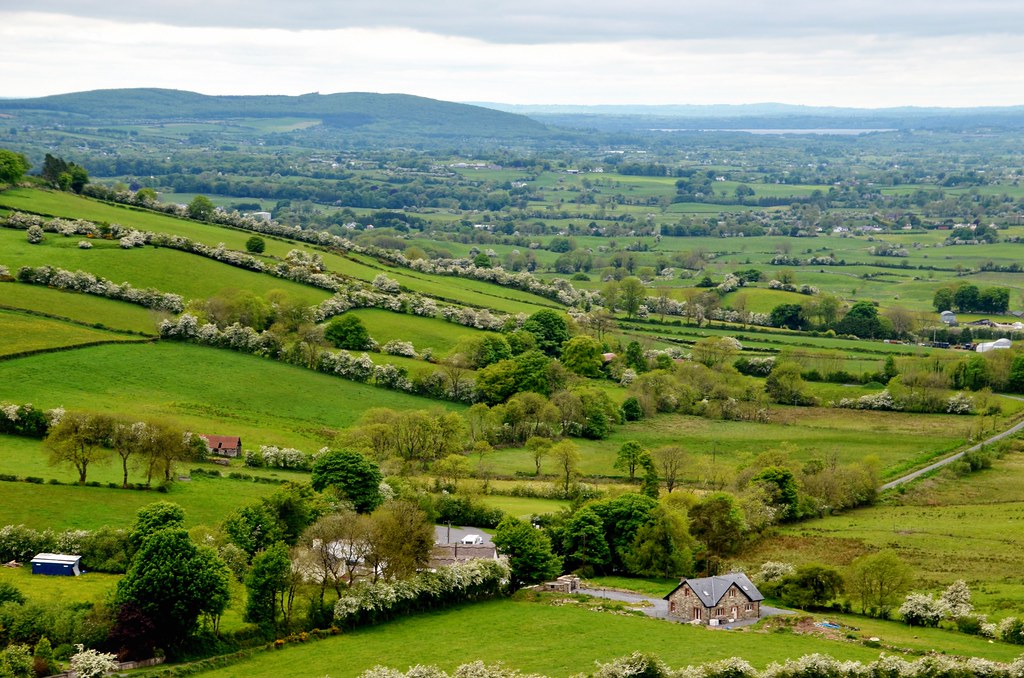 When I was 22 I backpacked around the UK and spent a lot of time in Scotland, including a visit to the small island of Iona where St. Columba once lived. I’ve always loved history and enjoyed learning about St. Columba, an early Irish religious figure who helped spread Christianity throughout the British Isles. He’s also an important figure due to his connection with the town of Kells, where the famous illuminated manuscript was written. Visiting on a sunny morning, I spent an hour with a local guide who took the time to share the highlights of this small but ancient town, one that was at the center of early Irish history. Not far from Kells is the gathering spot where early Irish clans met to exchange goods, stories and even get married. Kells itself was home to an important monastery, remnants of which can be seen in the ancient Celtic crosses. Today it’s a lovely little town, the ideal place to use as a home base for exploring the region or just relaxing for an afternoon. 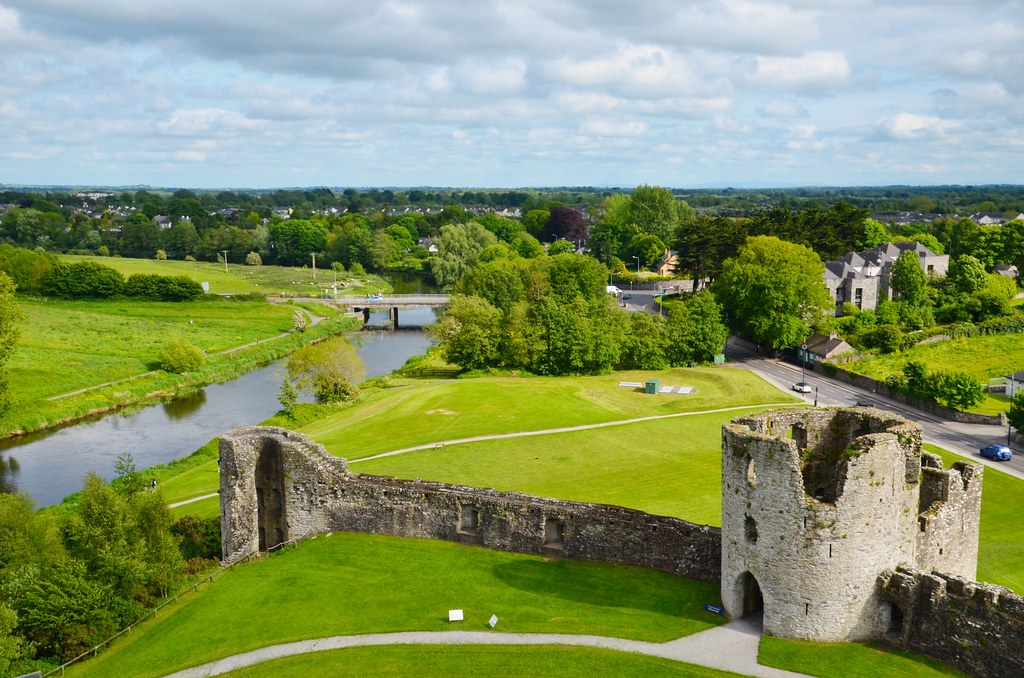 This 12th century fortress is also Ireland’s largest standing castle and while it has an impressive history, the castle is perhaps best known for a starring role it played in a movie. Many scenes from the movie “Braveheart” were shot in Ireland including here at Trim Castle. Even without its movie star past, it’s a beautiful place to visit and the views from the top of the Keep are well worth the trip alone. After (or before) touring the castle, be sure to spend some time walking around the historic city as well. Beautiful walking paths line the river, making it a fun way to get out experience a more natural side to the city.

There’s plenty to see and do in the Boyne Valley, from Ireland’s ancient past through to the modern era. No matter how you choose to spend your time though, I know you’ll have as much fun exploring the Boyne Valley as I did.