I love road trips and over the years they’ve become my favorite way to travel. There’s nothing more liberating than having the power to go wherever you want, see whatever may pique one’s interest and to take as many detours as time and daylight will allow. Some destinations and even entire countries are better for this than others though and from my experiences, Ireland is one of the best. It doesn’t take more than a few minutes to get used to driving on the “other” side of the road and once you do, the green pastures and stunning sights of Ireland suddenly open up. Most recently I had the opportunity to once again enjoy an epic Irish road trip, working with Tourism Ireland I traveled there to explore areas new to me, all located within what is called Ireland’s Ancient East. Since the counties in this part of the country may not be as familiar to some as the Cliffs of Moher or Blarney Castle, today I want to share what I think are important points, key aspects of the trip that anyone driving around Ireland’s Ancient East should know.

Unlike Ireland’s other major drive, the Wild Atlantic Way, Ireland’s Ancient East isn’t a single route. No, instead it refers to an entire region, areas of Ireland that form not only the basis of Irish history and culture, but key aspects of Western civilization as well. Geographically speaking, Ireland’s Ancient East covers the area outside of Dublin and east of the River Shannon, extending from Carlingford to Cavan and south to Cork City, including East County Cork and East County Limerick. But it’s this somewhat amorphous nature of the region that makes it so much fun to explore. Without a predetermined drive, it’s up to the wanderer to follow their interests and to see where the path leads. It’s a fun and exciting way to travel because it amplifies our own innate sense of wonder and adventure. 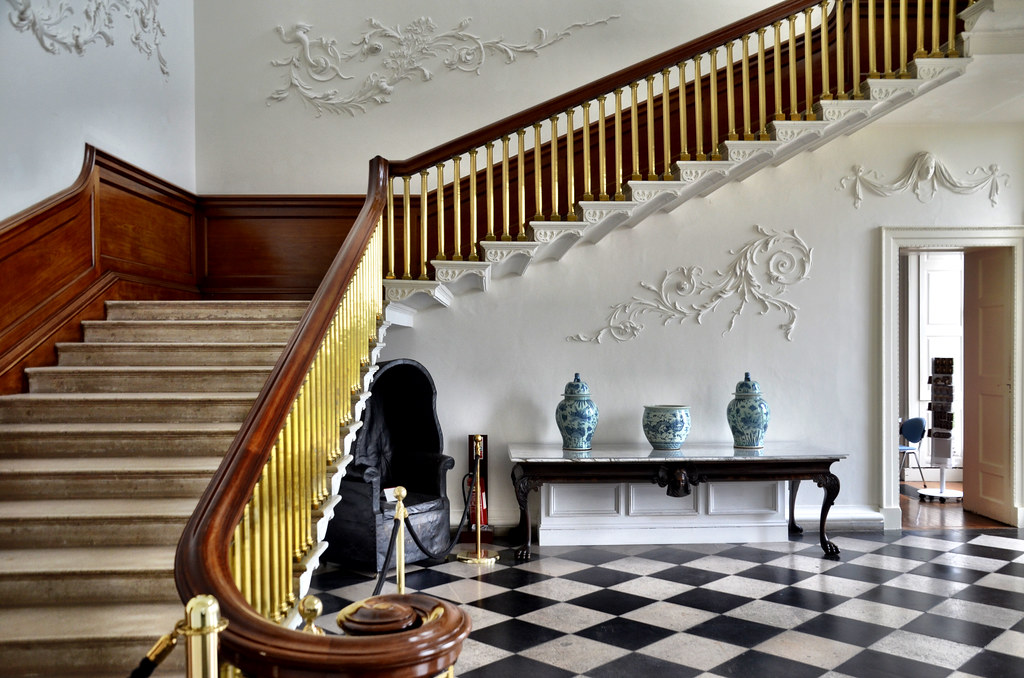 Not Everything is Ancient

Ireland’s most important historical sites are all in the Ancient East. From the Hill of Tara to the town of Kells and even Newgrange, these are all truly ancient and fascinating places to visit. But for the visitor, Ireland’s Ancient East is about much more than ruins and legends. The tourism goal in creating this area to visit is to introduce Ireland throughout the ages to visitors, including more recent events and traditions. As I drove along the narrow back roads where I met more sheep than cars, I went on a journey through all of Irish history, starting with the prehistoric sites continuing up to the modern day. It was a fascinating way to not just learn more about Ireland’s at-times complicated history, but to appreciate where it is today as a nation. So when you do drive around the region sure, you’ll see those ancient burial mounds, but you’ll also visit modern restaurants using delicious local ingredients, you’ll stop by the National Stud to better understand the importance of thoroughbred horses and you’ll stay in some of Europe’s best hotels, all part of the mosaic that makes up Ireland’s Ancient East.

Ireland’s Ancient East isn’t just about visiting certain tombs and museums. It’s also about getting out and experiencing the region for its own inherent beauty. As a history buff, I loved the more history-oriented stops I made, but I also relished getting out into the countryside and learning more about Ireland through nature. The best place where I was able to combine the two was at a visit to Glendalough. Located within Wicklow Mountains National Park, Glendalough features the ruins of a medieval monastic community, the members of which once lived amongst the trees and waterways of what is today a park. But it’s also a fantastic place to enjoy nature, as I discovered on a hike around the lakes for which the valley is named. The sun was shining, it was a warm day and everything seemed right in the world as I meandered through the forests, wondering if the same pastoral perfection inspired that 6th century monk who once called the same area home. We’re all so used to seeing photos of Ireland’s near-perfect coastline, but there’s just as much beauty, if not more, to be found inland as well.

In undergrad I had a minor in English literature and for whatever reason I decided to take a class in Celtic Literature. Turns out it was one of my favorite courses as I learned all about the early Irish sagas and legends, taught by a professor who routinely brought mead to class to help us further enjoy the stories. So it was with a certain baseline of knowledge not only of Irish legends but early Irish history that I excitedly visited some of the country’s most important sites. Newgrange is perhaps the most well known, this 5,000 year old passage tomb is one of the most visited spots in all of Ireland. And with good reason, the structure is remarkably intact even down to the Celtic designs and swirls found within. It’s rare that we are offered such a precise look into a culture long since gone, but Newgrange is that modern day connection to Ireland’s far flung past. Just as important though is the town of Kells where one of my favorite historical figures, St. Columba, once lived and worked. It was also here where the Book of Kells, the famous illuminated manuscript was actually written, a fact that boggles the mind. But nearby are many other important spots from the mystical Hill of Tara to the very grounds where clans would meet to share news, to marry and to just enjoy life. Ireland was very much at the center of Western Civilization as it developed in the 1st millennium and to visit the places integral to that development was incredibly humbling.

I’m a luxury guy and for me hotels are one of the most important aspects of the travel experience. I usually skimp on other parts of a trip just to make sure I have a great place to relax and luckily in Ireland’s Ancient East there are plenty of luxury hotels from which to choose. I’ll write about my favorite hotels I visited, but I thought I’d mention two in this post just as an example of hotels that complement the visitor experience in every way. For generations Carton House served as the country seat for the Duke of Leinster and the halls of the building have hosted a who’s who over the years from Queen Victoria to Grace Kelly. Today it’s been transformed into a very modern and luxurious hotel and from my own experience it still is very much a country retreat. Visiting Ireland’s Ancient East though a castle had to be included in my visit and that’s how I found myself spending the night at the equally luxurious Barberstown Castle. A castle of some sort has stood on this site since the 13th century, changing hands over the centuries mirroring the wars and conflicts that so often impacted Ireland. While Barberstown does have the beautiful outward appearance of an old castle, the attached buildings are also modern hotel facilities, making it a comfortable as well as unforgettable stay.

On every visit to Ireland I always leave with a greater appreciation of the country’s culinary scene and that was certainly true on my drive around the Ancient East. While I enjoyed some traditional pub grub meals and even some modern and innovative cuisine at world-class restaurants, the most interesting foodie experience was learning about what’s going on in the Boyne Valley. Like many other areas of the world, Ireland in recent years has enjoyed a foodie shift with bright, young and creative chefs creating some amazing dishes. At the heart of the food experience is a return to basics, embracing what Irish food is really all about and using great local ingredients to create it. One of the leaders in this revolution is the Boyne Valley and a unique food series they’ve created. Throughout the year, but especially the summer months, there are scores of experiences and activities offered throughout the region to highlight the amazing food found in the valley. Farm produce, seafood, artisan food producers and even brewers and distillers, in the process of making their food heritage more accessible to locals and visitors alike, they’ve really reenergized the entire area making local food once again the heart of the culinary experience. It’s exciting to see and I can’t wait to learn about even more food experiences offered in Boyne in years to come. 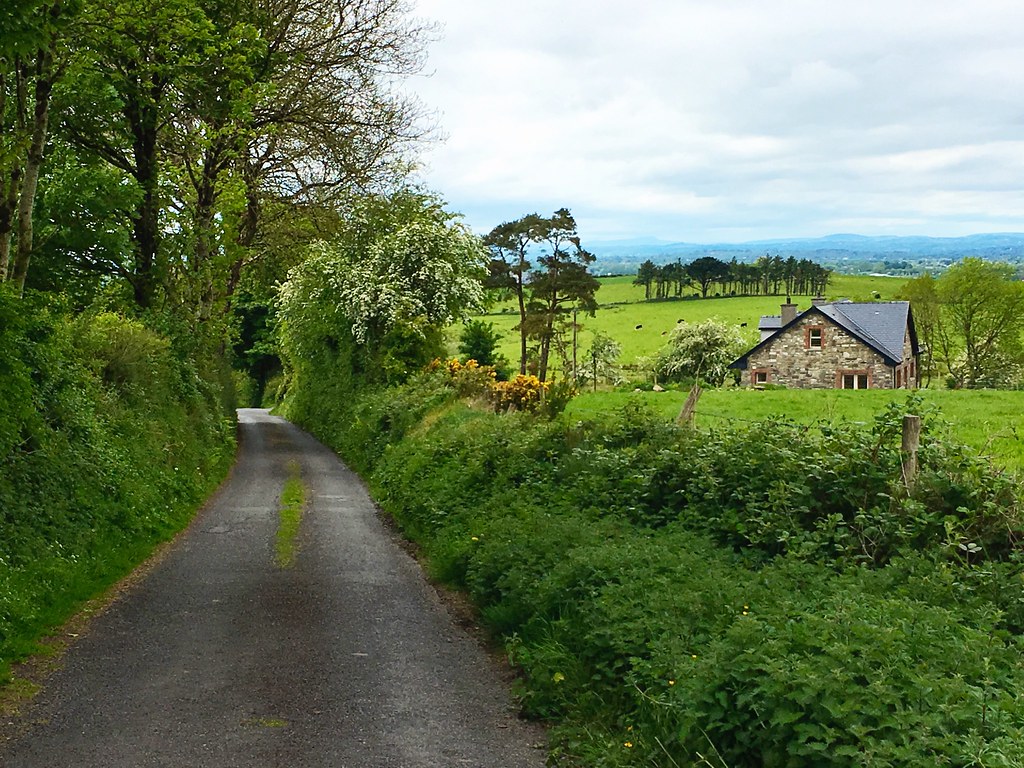 More than any other region of Ireland I think, Ireland’s Ancient East is perfect for those of us who just love to explore. Unlike a fixed driving route, there’s no wrong way to go, just exploring the region is the real goal of a visit to these lush counties. For me that’s always the most exciting part of the travel experience. Sure, I always make sure to visit the important sites and landmarks, but at the end of the day it’s that sense of adventure and my own curiosity that is the biggest adrenalin rush. Gingerly navigating narrow lanes, stopping off whenever I catch a glimpse of an amazing view and resting for a bit at a country pub for a snack and a chat. These are the experiences that truly are at the heart of visiting Ireland, these are the memories that I know I’ll always treasure. Honestly, we can accomplish this sort of wandering almost anywhere in the world, but few places deliver the returns on that investment of our time and curiosity as Ireland. It’s a country I never got tired of visiting because the stories it has to tell seem never to end.

Exploring Ireland’s Ancient East was one of my favorite recent travel experiences – please let me know if you have any questions about the drive!