Each county in Ireland seems to have its own personality, its own way of doing things and of course experiences to enjoy. While driving along the Wild Atlantic Way I had the chance to visit County Donegal in northwestern Ireland. Known for dramatic coastlines and an ancient history, that’s actually what drew me to the area as well and I experienced it in what I think are the best possible ways. If you’re passing through this beautiful part of Ireland during your own drive along the Wild Atlantic Way, or just meandering around the country, here are a few things I think everyone should try to do in County Donegal. 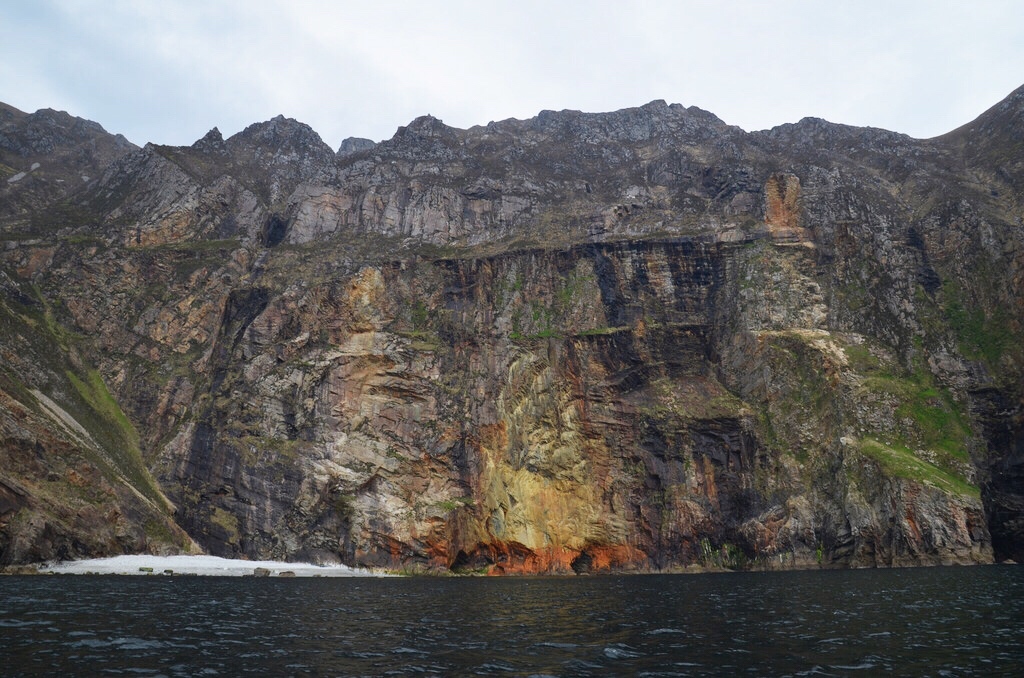 It has an odd name, I think we can all agree about that. But hidden behind that strange phrase is one of the most beautiful stretches of coastline in Ireland. Although less famous than the Cliffs of Moher, the Slieve League cliffs are nearly three times higher and every day curious visitors make a pilgrimage to the area to admire the views from high on top. But there’s also another, I think better way, to appreciate the cliffs and coastline, from the water. Local captain Paddy takes guests out nearly every day on his special Slieve League boat tours during the season to see and appreciate his beautiful region of Ireland. The scale is probably what impressed me the most, driving out along the coastline the rocky spires all seemed like something from a fantasy world. Finally reaching the famous cliffs themselves, it was easy to see why so many venture out to appreciate them in person, but for me the real magic was the boat trip itself. It’s hard to really get a sense of both the scale and beauty of the dramatic Irish coastline unless you’re out on the water and can be a part of the environment. It was the perfect way to spend a morning and made me wish I had even more time to explore the quiet towns and villages in the area. 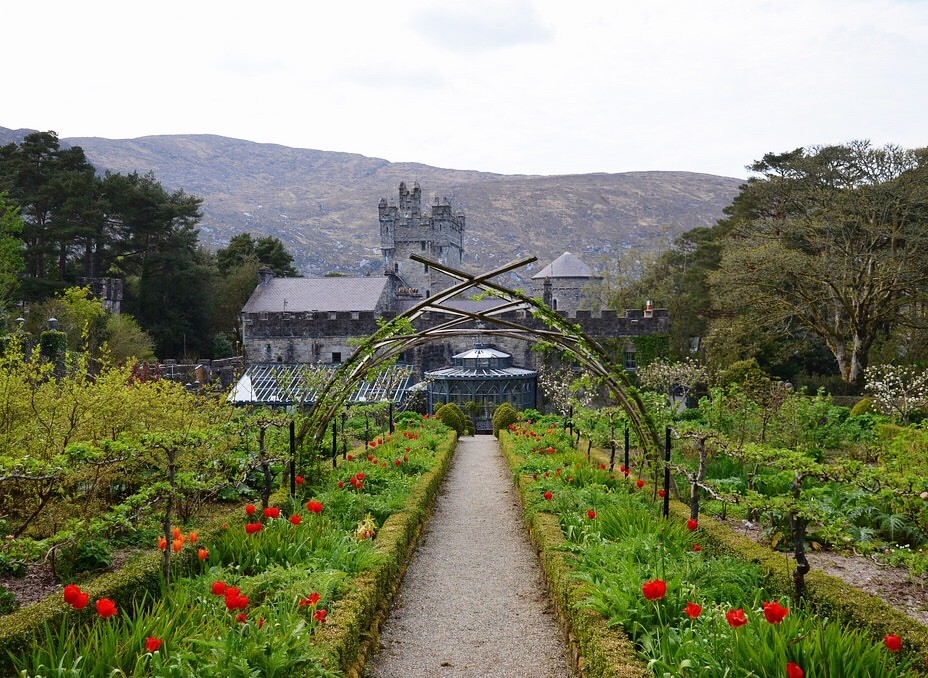 Driving from the rocky Slieve League coast inland, I noticed the terrain change almost immediately as I crossed over into Glenveagh National Park. Gone were the bright green meadows dotted with fluffy sheep and in their place were huge rock outcroppings and thick tufts of gorse. Worried I had somehow wandered into Scotland, I doubled checked my map but no, this was right and I had finally found Glenveagh National Park and its impressive castle. The park and the castle at the center were all donated to the people of Ireland from the last owner of the estate, and today both are popular tourist sights as I soon discovered. The castle looks old, at least it did to me, but that was the whole point. In reality though it was only constructed in the 19th century, but made to look like an old Scottish Baronial estate, in keeping not only with the dramatic landscape of the area, but of the trends of the 19th century. The owner was hoping to lure the wealthy elite to his hunting lodge deep in rural Ireland, to replicate the allure of Balmoral in Scotland and hopefully improve his own station in life. And for the most part Captain John George Adair achieved just that, but not without controversy. In the process of creating his massive estate, he forcibly evicted some 224 tenants from his lands; an act that still makes him hated in the local area even today. But what’s also talked about today is the beauty of both the park and the castle, and spending an afternoon wandering around both was a relaxing way to unwind after a long drive. Tours through the castle are offered throughout the day, and a great way to not only see how the other half lived, but to get a better appreciation for the building itself. The real magic though happens outside, wandering through the gardens or hiking paths surrounding Glenveagh Castle. Some of the hiking routes could take all day, and if I return to the area that’s high on my to-do list, not only to admire better views of the castle, but to also enjoy being out in the oddly beautiful national park itself.

Also known as the Cathedral Town, Letterkenny is the largest city in County Donegal and is also the jumping off point for folks driving onwards to Northern Ireland. It’s also just a beautiful place to be, and wandering through the downtown as the sun slowly began to set I found myself smiling, appreciating not a tour or a guided experience, but just being there. It’s also where I found a wonderful restaurant in the middle of the city’s downtown core, the Lemon Tree Restaurant. Located in the heart of Letterkenny’s downtown, this cozy restaurant features a menu that like so many others changes with the seasons, but what is consistent is the quality of the food. Surprising diners with a variety of amuse-bouche starters, main courses include locally reared chicken, lamb, pork and plenty of fish options. The entire experience was fun and delicious and a great way for me to spend my very limited time in the city.

There’s a lot more to see and do in Country Donegal of course, but this is how I experienced it during my time driving the Wild Atlantic Way. One of the great things about that massive driving route is that while there are important stops along the way, the trips are all very individual. What each of us decides to see and do as we drive along the bright green coastline of Ireland is personal and none of us will have the same experience. That’s the beauty of it and I know it’s a drive I’ll be tackling again and again throughout the years for that very reason.

1 thought on “Castles, Coastlines & Food: The Best Of County Donegal In Ireland”