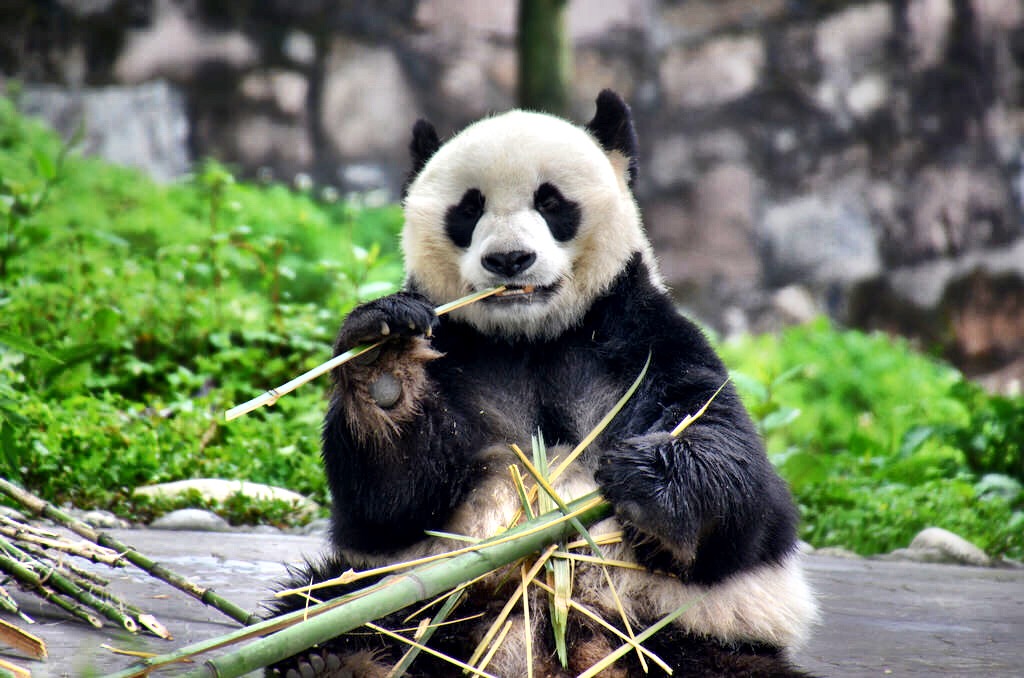 There it sat, firmly at the number one position on my bucket list in no danger of being removed. I added “Hug a panda” to my wish list of travel experiences partly because I never thought I would ever actually have the chance to do it. It guaranteed a certain permanence to the list; it would always exist because there’s no way I would ever be able to actually hug a panda. Then the unthinkable happened, I actually did get a panda hug while on a trip to Chengdu, China and in a flash that long desired experience had been ticked off the list. But my experience with pandas in China was about much more than those 30 seconds or so of panda hugging, it was to learn more about this beautiful animal and the important conservation efforts underway to try to preserve it well into the future. That’s ultimately what drew me to the Dujiangyan Panda Base outside of Chengdu, not just to hug the pandas, but to spend the day with them.

Working with Cathay Pacific Airways, they asked me to put together what my ideal trip to China would look like. No, better said, to see what my first introductory trip to China would look like. The country is far too vast and far too interesting to relegate to a single travel experience, but for my first foray into the Chinese mainland I knew not only that I had to visit the capital city Beijing, but if it all possible I had to hug a panda in the panda capital of the world, Chengdu. 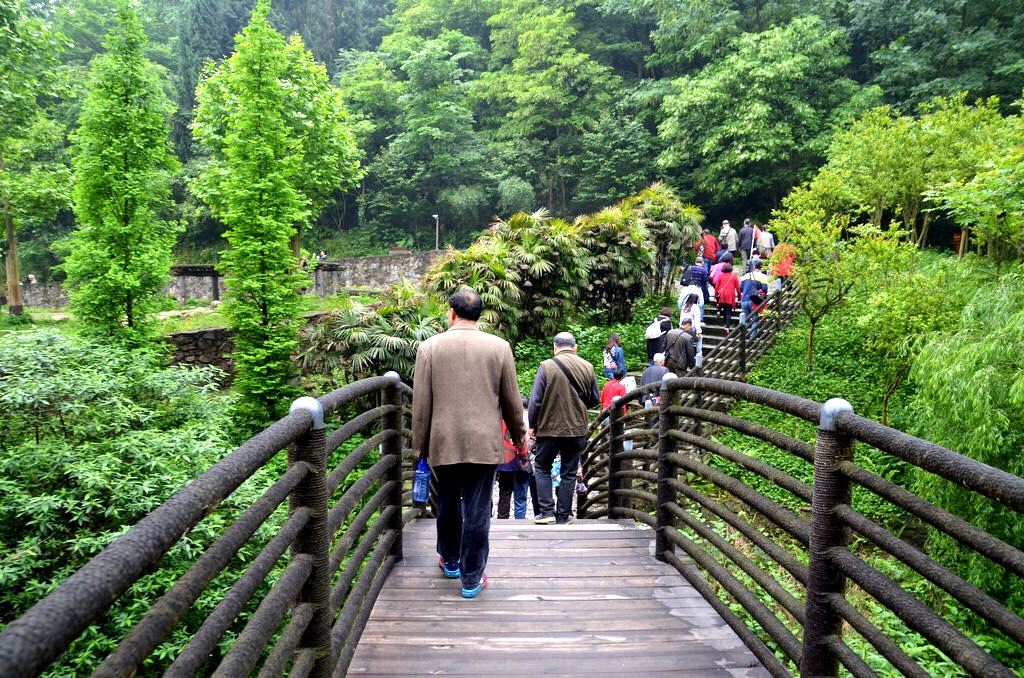 The flight from Hong Kong to Chengdu onboard Dragonair was easy and fast, a convenient connection to one of China’s most popular cities for visitors. Located in the Sichuan province, Chengdu is a typically large Chinese city and has been a seat of power and influence for millennia – seriously. Chengdu has a lot to attract visitors, and I did enjoy many of those experiences, but like so many other people I was there for one reason and one reason only – the pandas.

In the 1950s, the Chengdu Giant Panda Research Base started humbly, but by 2000 it had grown into the world’s authority on all things panda related. These beautiful and mysterious animals are amongst the least well understood in the world, making Chengdu and the reproductive research conducted there vitally important. Pandas call the mountain ranges near Chengdu home and the city has long been known as the panda capital of China as a result. Chengdu doesn’t only research pandas here, it also loans them out to zoological institutions around the world for conservation education and also in the hopes that these other zoos will be successful in producing baby pandas, adding to the worldwide population. The central panda research center though isn’t the only panda refuge around Chengdu, there are several others including the one that I decided to visit on a slightly overcast morning, what is officially known as the Dujiangyan Research Center of Giant Panda Breeding and Release but locally called the Panda Ark. 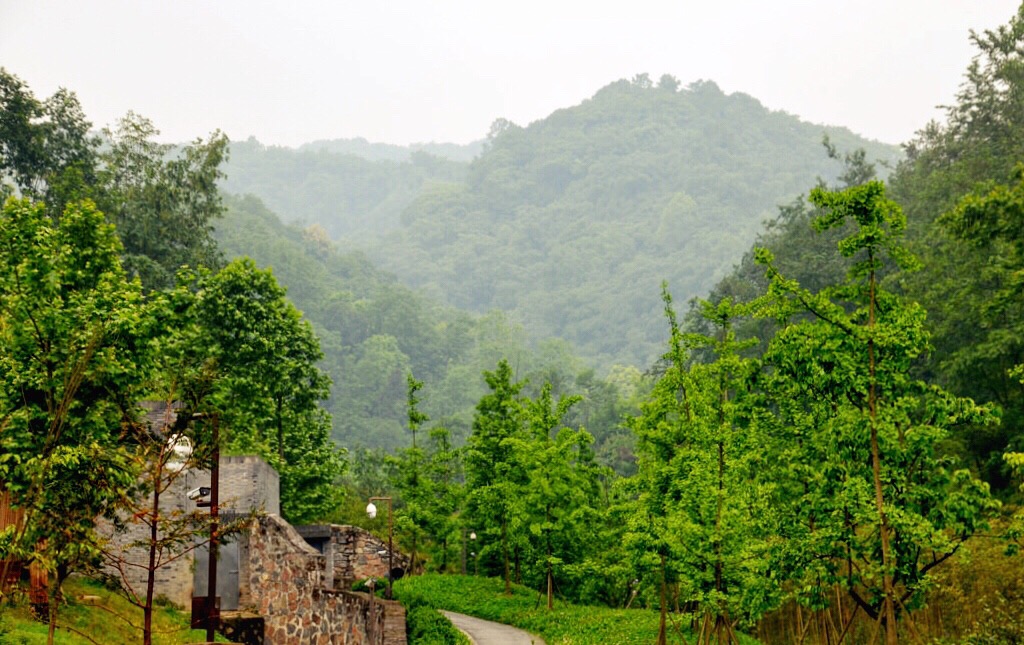 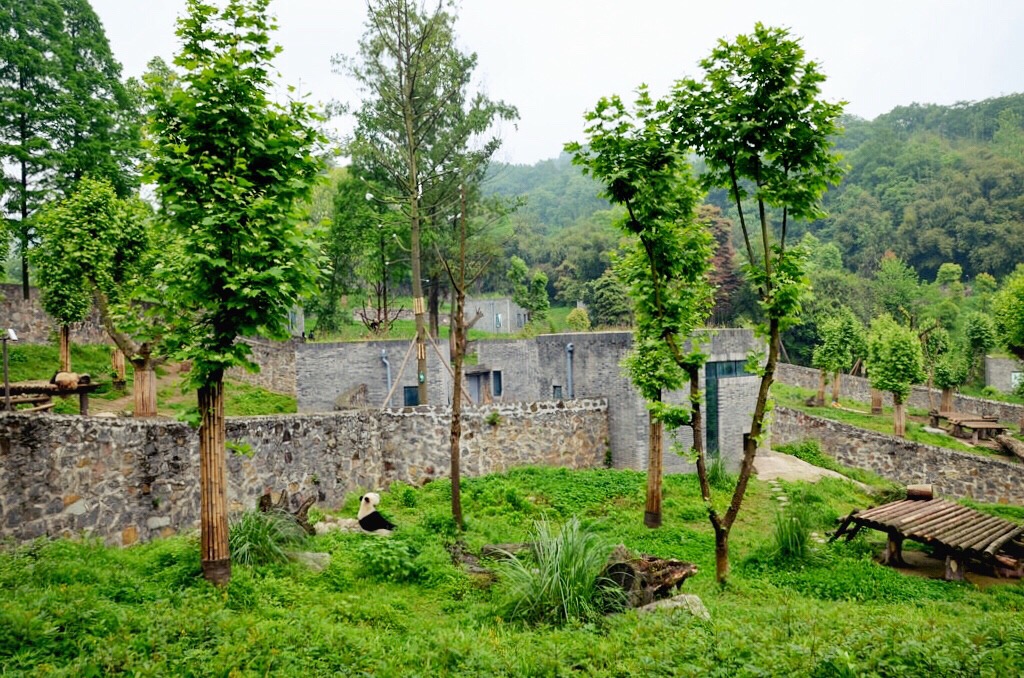 Built after earthquakes that damaged the Wolong panda facility, Dujiangyan is focused on the rescue, rehabilitation and study of pandas. Walking through the front gates, I could tell immediately that the Panda Ark was a quality institution and a modern one at that. Spanning more than 126 acres, the Ark features vast forests set amongst the foggy mountains, a movie-perfect image of what a panda habitat should look like. And there’s no mistake, the pandas are the stars here. Kept in large but separate habitats, the pandas come from a variety of different places, some rescued and others back home after being born in foreign zoos. Some of the officials lovingly call it a panda retirement home, but in actuality the pandas span all ages and backgrounds, as I saw immediately when I noticed a mom and her impossibly cute cub casually playing.

Dujiangyan isn’t a zoo though; it’s a conservation facility and is the first of hopefully many efforts to combine conservation with observation in what is a unique form of eco-tourism. It’s because of this dedication to experiential tourism that I was there, so I could hug a panda.

The Panda Ark offers would-be volunteers a variety of ways to become conservationists for the day and I now regret not choosing the full-day experience. Every day, a small number of paying volunteers arrive at the Ark to join in on what is probably one of the most unique wildlife experiences in the world. They spend the day learning what it means to be a professional panda keeper, doing everything from cleaning up and feeding the pandas, to observing them within their enclosures. It looked like an amazing opportunity and something I’ll do the next time I visit, but for my first experience I was there to hug a panda.

After paying my mandatory donation to the center, I was given a hospital gown and gloves and led to the panda hospital where visitors aren’t allowed, but where most of the research at Dujiangyan is conducted. A small group of us excitedly waited for the panda to be brought out, a younger one who immediately hopped up on a nearby bench, clearly used to the activity. The hug itself only lasted about 30-seconds, but it was a special moment and one that I know I’ll always remember. While it was indeed the culmination of a lifetime of desire, what I enjoyed perhaps the most was wandering around the spacious Panda Ark facility itself.

It’s a large complex and the walk through it was a nice opportunity to stretch my legs as the morning fog began to lift. I stopped by each habitat, watching the pandas as they eagerly awaited their breakfast bamboo to be delivered by the panda keepers. They were energetic and active, not typical for pandas who typically spend most of the day sleeping. Morning is the best time to visit the Panda Ark, it’s when they’re the most active and as a result the experience is made all the better. I stopped again to watch the shenanigans of the baby panda, barely six months old and acting every bit the baby. I could’ve spent the entire day there, just watching and laughing along with his exploits. It was hard to leave, but all great experiences must at some point come to an end, even the ones I had waited a lifetime to enjoy.

As a wildlife enthusiast and ardent conservationist, it’s hard to know which experiences are and aren’t responsible. We all know (I hope) that we shouldn’t ride elephants or swim with dolphins, but zoos and preserves can be tricky to navigate. No offense to China, but their zoos don’t have the best reputation and so I was worried about what I would find at Dujiangyan. Maybe it’s because of the international spotlight pointed firmly on pandas, but the facilities around Chengdu aren’t just acceptable, they’re world class – I gave a sigh of relief as soon as I saw that. They’re not only nice to visit though, they’re important to visit as well. The purpose of the panda experiences at Dujiangyan isn’t to give rich tourists a unique travel activity. The money donated goes back to the center and helps fund their important efforts. But what’s more important is the education that arises as a result. I spent several hours at the research base learning even more about pandas than I already knew, and by the end of my time there was proud to have contributed just a little to their preservation. This is a new model in wildlife preservation and if scaled, I think will go a long way to preserve species while simultaneously educating the public about the importance of conservation. This has to be done in tandem in order to have truly meaningful eco-tourist experiences and I’m not just happy to have visited the Panda Ark, I’m proud. The only drawback is that thanks to the pandas in China I’m going to have to find a new experience to place on that coveted #1 spot on my travel bucket list.

2 thoughts on “Spending The Day With Pandas in China”