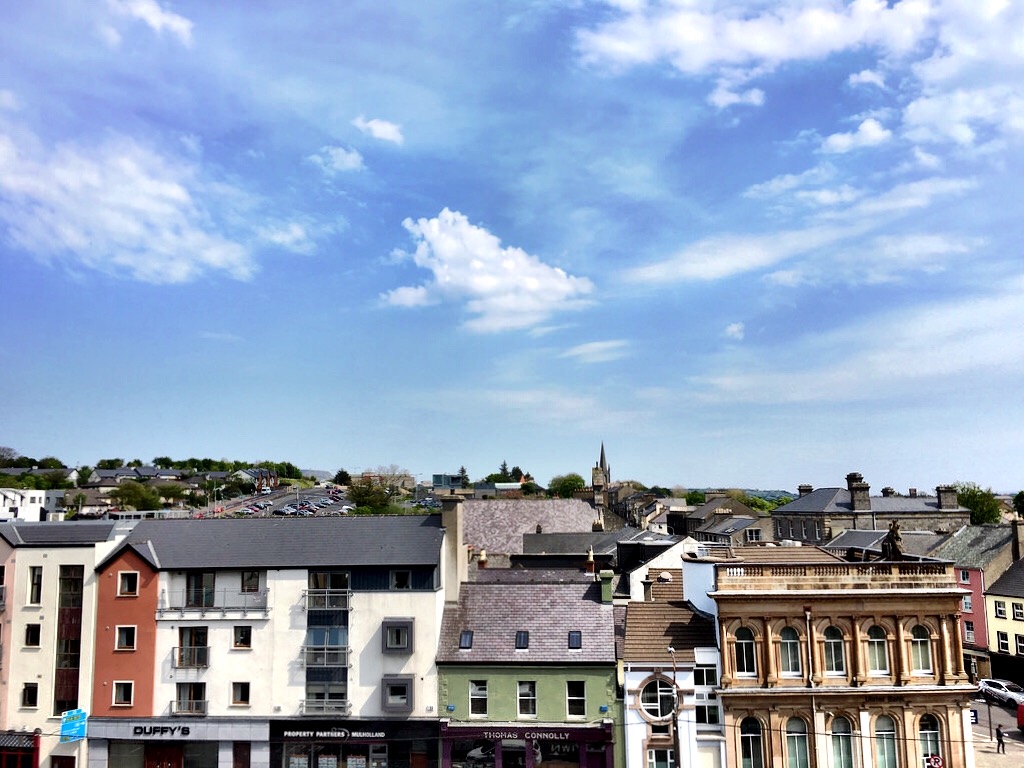 I was tired when I left the Aer Lingus flight and while I was excited for the impending road trip around North West Ireland, I was not excited for the 3-hour drive it would take to get there. I’m not the best “wrong side of the car” driver under the best of circumstances, but add in a red-eye flight and I was probably not in the best condition to drive. All of those negative feelings soon evaporated though as I departed the motorway and found myself meandering across the Emerald Isle along a seemingly infinite number of country roads, bordered by the impossibly green pastures and farms of Ireland that I love so much. As is always the case, the destination was well worth the effort as I found myself in a city I didn’t just like, but quickly grew to love – Sligo.

Where and What is Sligo

Simply put, Sligo is the urban center of this region of Ireland, which at first seems a little odd given its relatively small population of only around 20,000 people. It’s an ancient center of life though, dating back to prehistory that can be seen in the nearby Carrowmore Megalithic Cemetery, which dates back some 6,000 years. Driving into the center of town though I was instantly struck by how lively and colorful it was and I couldn’t wait to find my hotel and start exploring. 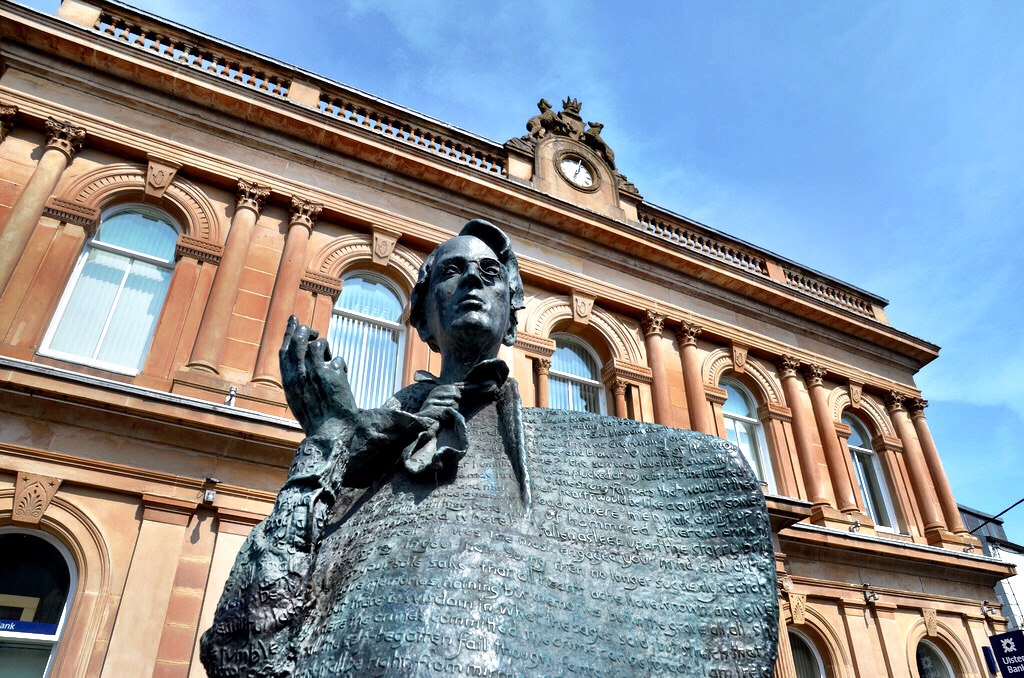 Why I Enjoyed My Time There

It’s hard to say why exactly we click with one place over another. There are a lot of factors involved and in my case, the weather was as perfect as it can get in County Sligo. The sun shone brightly, it wasn’t too hot or too cold and everyone seemed energized by this, one of the first entrees of summer for the year. Staying at a modern hotel, it also has the best location in town – smack dab in the middle of everything. Echoing the maritime history of the city, the Glasshouse Hotel is meant to look like a docked ship, perfect for its position straddling the Garavogue River that bisects Sligo. Modern and comfortable, it had everything I love in a hotel, but its location really is the main reason why anyone should stay there. I only realized just how perfect it was as I explored the city later on in the afternoon; location is everything when it comes to hotels and staying at the Glasshouse greatly enhanced my overall experience. 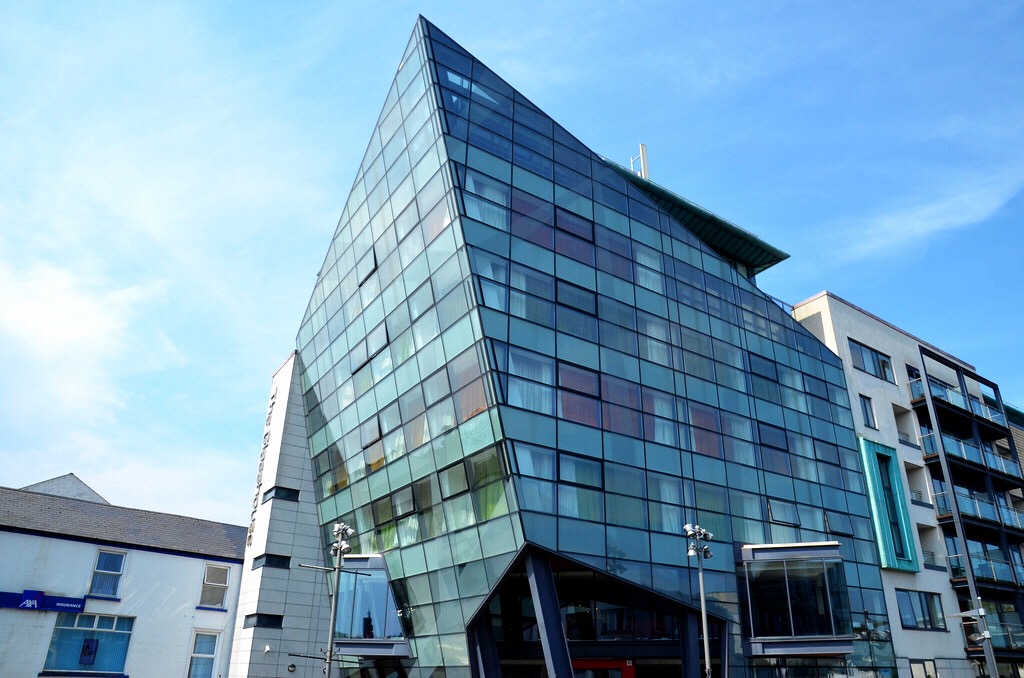 By the time I arrived into town it was lunch and I was hungry. I’m not very good when it comes to picking restaurants when I travel, I suffer from thinking that surely something better is just around the corner. The typical result is that I wander for hours and rarely find anything exceptional. So, when I noticed a pedestrian walkway along the riverfront that featured several outdoor cafes, I knew one of them would be my lunchtime retreat. Across from the Glasshouse Hotel is the Yeats Memorial Building (more on him in a few paragraphs) that also features a small café serving what looked like perfect little lunches. I picked an outdoor table at Lily’s & Lolly’s Café, ordered a hearty but classic Irish sandwich and proceeded to enjoy the people watching as seemingly every citizen of Sligo was out for a walk. I was as content as I could have been, basking in the sun, enjoying the day and getting to slowly know the city. A fantastic way to start my unlikely love affair with Sligo. 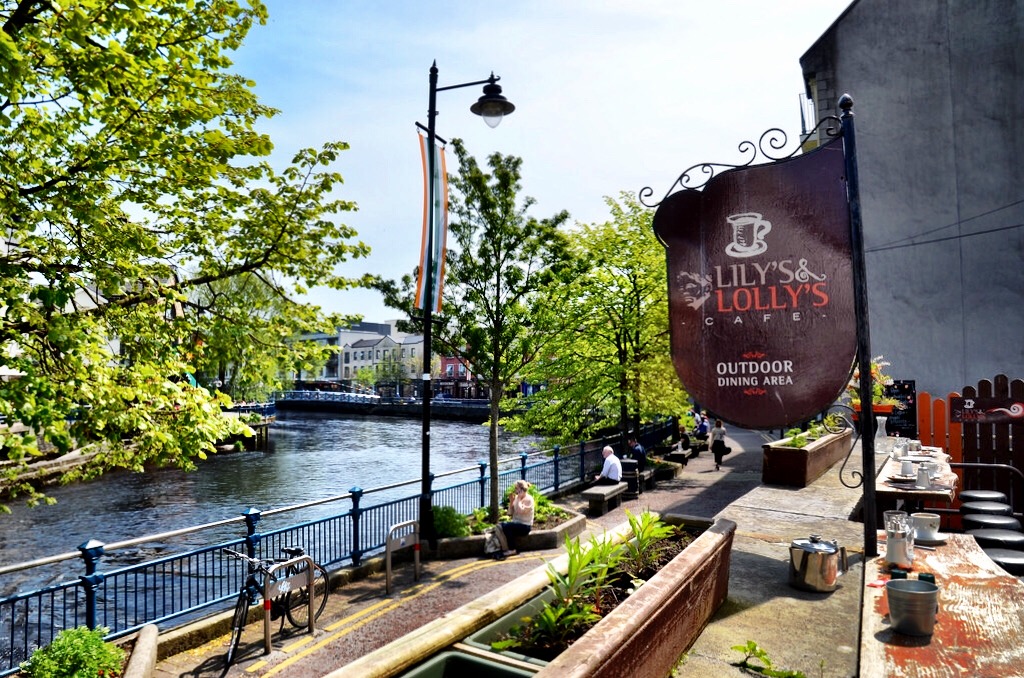 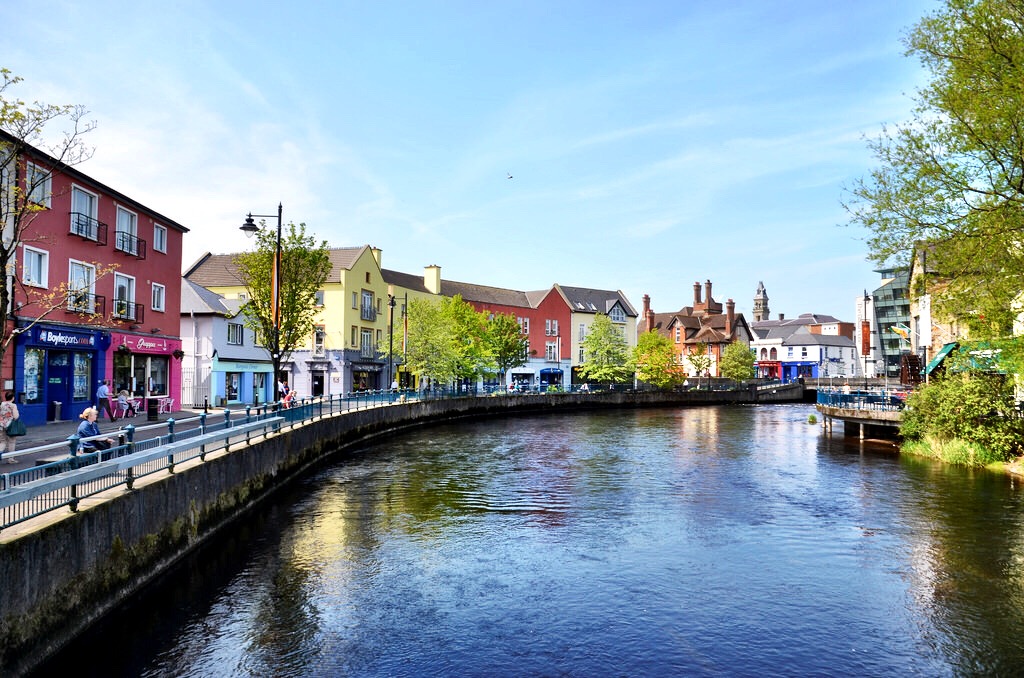 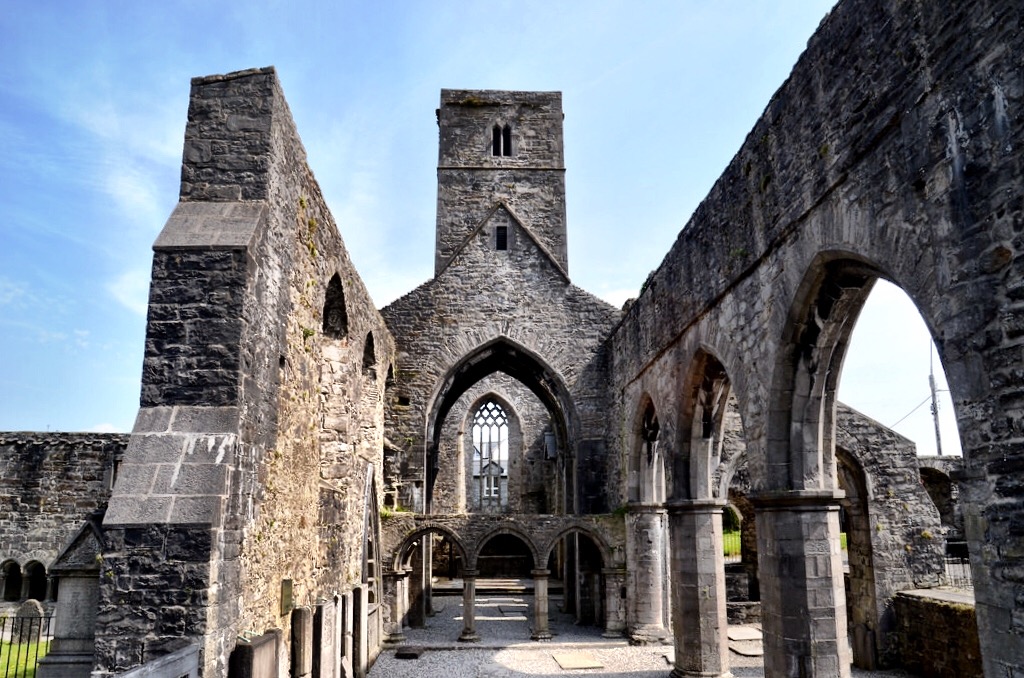 The rest of my time in Sligo was spent as a good tourist, walking the Yeats trail around town, stopping off at an ancient ruined cathedral and getting a little lost, discovering quiet little spots I would never have discovered otherwise. Yeats is important though in Sligo, a fact that becomes clear to the first time visitor within moments of arriving into the city center. The famed Irish writer W.B. Yeats may not have been born in Sligo, but he spent important childhood years in the area, the landscapes of which have been immortalized in his writings. It’s for this influence that prompted Sligo and smaller towns in the area to adopt Yeats as their own, and his influence is everywhere in town. I stopped by the tourist office that afternoon and picked up a map on how to discover the best of Yeats around town. I’m not necessarily the biggest Yeats fan, but the walking trail is actually a great way to see the city and better understand its history. 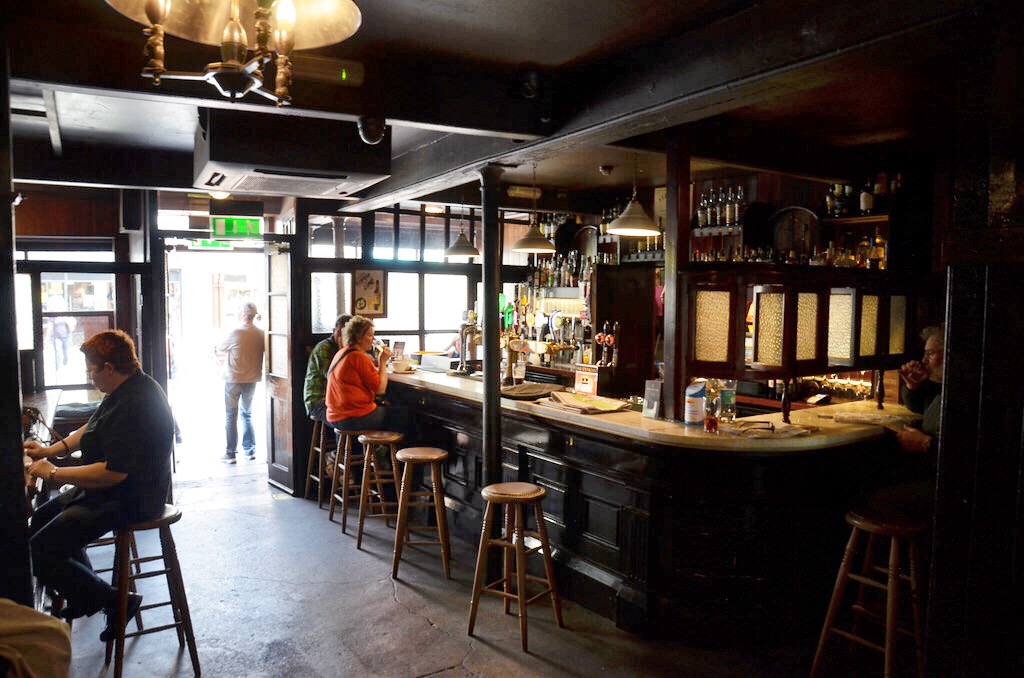 In the early evening, after taking some time to refresh after a long day of exploration (I still hadn’t slept) I sat on the patio of the Glasshouse as the Golden Hour crept along, amazed that the city was still alive with people doing the same thing I was – enjoying an absolutely perfect afternoon. Again I thought to myself how happy I was to be there at that place at that time. Yes, I enjoyed the history lessons I picked up throughout the day and the photos I had taken, but most important to me was that feeling of contentment as I sat listening to the gurgle of the river below and watching the happy faces of everyone around me. That’s Ireland to me, that happiness and it’s why I always love to visit.

That evening I walked to a well-known pub in the downtown area, Hargadon Brothers. This is a classic Irish pub in every sense, first opening their doors in 1868, it’s easy to imagine that not much has changed since then. Old wood paneled everything, a small bar with knowledgeable server and a menu that is hearty and delicious. I love food like this and realized I had unwittingly capped off my day with a perfect meal. I slowly sauntered back that night, sorry for the day to end but also excited to discover other stops along the always remarkable Wild Atlantic Way. 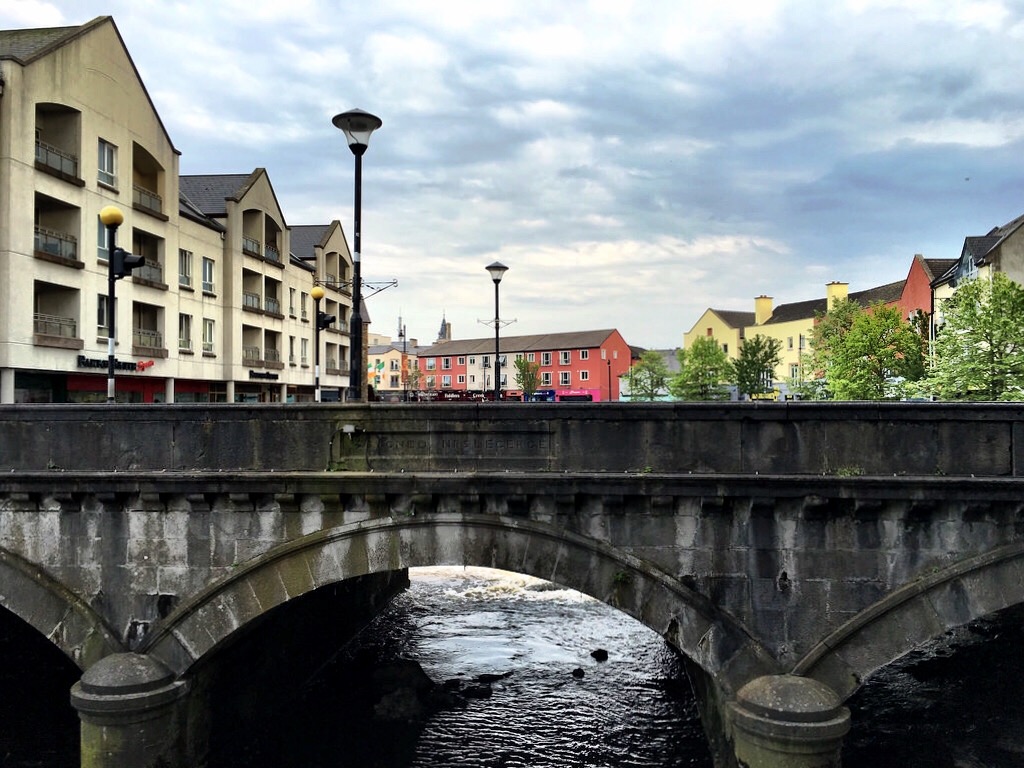 Working on a project with Tourism Ireland, Sligo was just the first of several stops for me as I drove along the North West portion of the Wild Atlantic Way. This coastal driving route stretches for more than 1,500 miles and is rightfully known as one of the most beautiful drives in the world. A few years ago I had a small sample of the drive in the south, but its Northern portions excited me. Starting in Sligo I meandered along country roads taking me past bright green cliffs and through farms dotted with cows and sheep, getting a little lost along the way but always enjoying the drive. While the drive itself was the core of my experience in Ireland, stops like the one I enjoyed in Sligo were key moments along the way and together they form what is truly one of the most enjoyable travel experiences in the world.

24 thoughts on “Surprising Myself: Falling in Love with Sligo, Ireland”