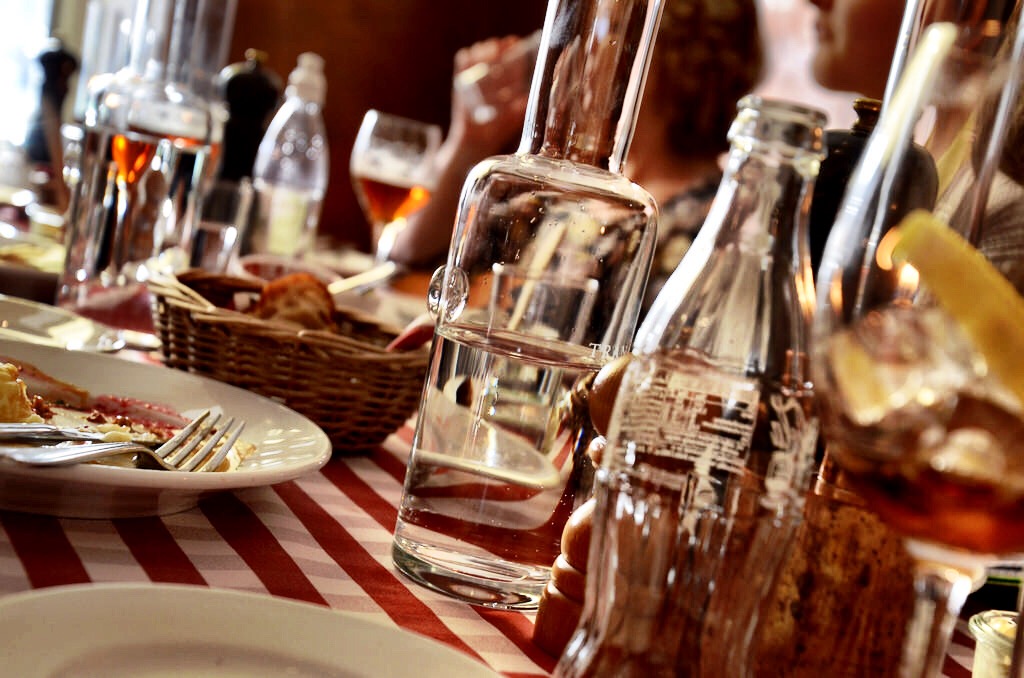 I’ve been absolutely infatuated with food tours lately. Not only do they offer a fantastic culinary peek into a new city and culture, but you usually get to see a lot of the city along the way and learn more about the general history and culture. The fastest and best way to learn about a new destination and her people is through the food they eat and the culinary traditions they value. That’s why I decided to use a few hours of my very limited time in Stockholm not at a museum or touring historic sites, but instead joining a Swedish food tour led by the group Food Tours Stockholm.

Thoughts About The Tour

I had been to Sweden before, but the West Coast and not Stockholm. Because of that, I was eager to learn more about the city’s own unique food customs and I couldn’t have picked a better person to lead me than the Food Tours Stockholm guide Cathrine. Growing up in a family of restaurateurs, it surprised no one when Cathrine also chose to follow a life of culinary pursuits and after writing prolifically about Swedish food for years, from magazines to cookbooks, she has recently added tour guide to her impressive résumé. That kind of knowledge and deep love of the subject is crucial to any great walking tour, but especially food tours. More than just guiding people from one place to the next, a great food tour should open a window into the culture in a way impossible to replicate in any other way. I’ve been on several food tours around the world, and from experience I know that they’re definitely not all made the same. But when it comes to the level of expertise and the preparation, I can say without hesitation that my Food Tours Stockholm experience was one of the best I have ever enjoyed.

Meeting in front of a modern food hall, Cathrine passed out bottles of water to all of the tour participants as well as a mini-guide to the food we would be enjoying over the course of the four-hour walk. That was a first for me, and that incredible level of detail set the perfect tone for the rest of the experience. But ultimately any great food tour is about the food itself and the stories these morsels have to share, and when it came to sampling these delicacies I found myself surprised again and again. 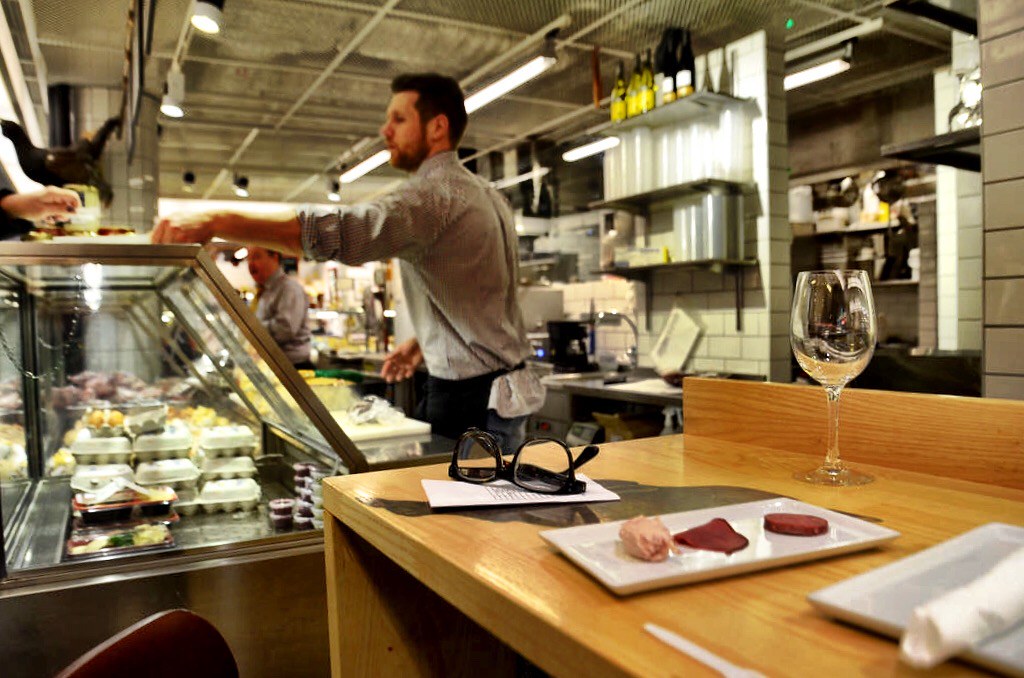 A Sampling Of The Delicious Bites Along The Way

I should preface this by saying that fish and seafood is a big aspect of Nordic and Swedish cuisine. I, however, don’t eat any fish or seafood, so I was a little hesitant about booking the tour at all. After a couple of emails though, I was assured that my preferences were not a problem and over the course of the tour I was impressed that every seafood-centric stop had created something special just for me. Just another detail that makes this tour stand apart from the others I’ve experienced. 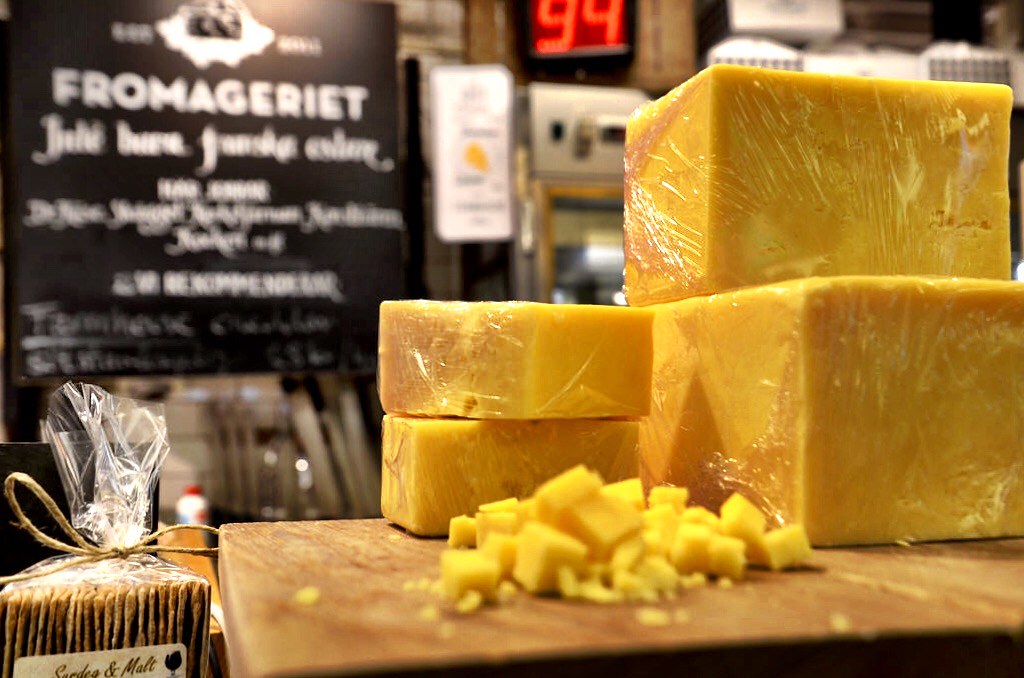 Like most great food tours, this one started off in a local food hall, one of many in town. The Hötorgshallen dates back to the 1880s, although it’s gone through a massive refurbishment in recent years and is now one of the cleanest and most approachable food halls I’ve ever been to. Inside are a variety of food stalls, restaurants and small cafes, but it was the butcher and cheesemonger where we received our first lesson in Swedish cuisine. Drawing upon its history and vast natural resources, it just makes sense that a variety of game meats are popular in the Swedish diet. Trying something a little unusual, cured bear meat, along with the more normal elk sausage and reindeer, it reminded me a bit of Finnish food; no surprise given their geography and shared history. 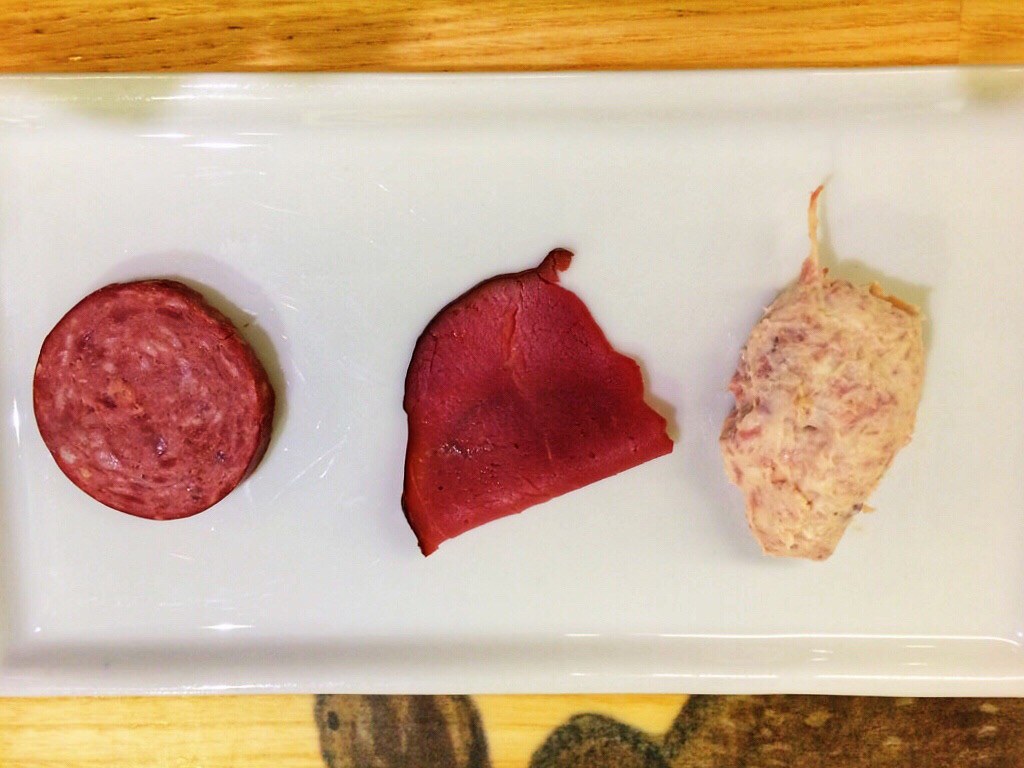 I was happy though to see an equally rich cheese tradition, a favorite aspect of any food scene for me personally. Locally produced, Cathrine said that it’s common to serve cheese courses in Sweden, especially after a nice meal with friends. It’s an art that we’ve mostly lost here in the US, opting instead for overly sweet desserts. Cathrine went on to say though that like so many other countries in Europe, it’s not abnormal to select a nice cheese and wine and enjoy them casually with friends on a Friday afternoon, a tasty way to usher in the weekend if there ever was one.

Traditional restaurants and those famous meatballs

Like any grand city, in addition to newer and trendier cafes and restaurants, there are also those tried and true establishments that may not change much over the decades, but that’s part of their appeal. Along the tour we visited several of these time-honored eateries, including my favorite: Restaurant Tranan. Founded in 1929, Tranan has always been known as a place to grab a drink, enjoy a few delicious bites and to enjoy some live music. Music in the restaurant’s cellar is a proud tradition and artists from Tom Waits to A Tribe Called Quest have all performed there. But most people come for the homey, classic dishes like the one I tried, meatballs with mashed potatoes and lingonberries. Made from a mix of meats with onions, breadcrumbs and a light cream sauce, if Sweden has a national dish this is it. The lingonberries are a common accompaniment to meat dishes; originally a way to had some freshness to what are traditionally heavy meals. I’ve tried Swedish meatballs many times in my life, but the version at Tranan was by far the best I’ve ever enjoyed.

Yes, some fish and seafood

Although I didn’t partake, and the restaurants were good enough to prepare alternate dishes for me, there’s no denying the importance of fish and seafood in the Swedish diet. Salmon, herring and shrimp all served in a variety of ways from fresh to pickled and fried can be found throughout the Swedish capital city. One of the best places to not only buy fresh fish and seafood but to also learn more about the fishy culture in Sweden is at Urban Deli in the trendy SoFo neighborhood. At this store/bar/café/restaurant you can pick up some great ingredients for your next meal, enjoy a drink with friends or eat in style at what has been called one of the best brunches in town. At the seafood counter though, the expert fishmongers shared with me what makes truly great fish and seafood and the importance of the tradition in Swedish cuisine. One dish in particular stood out to me, and all the Swedes on the tour immediately started nodding their heads when it was mentioned – Toast Skagen. 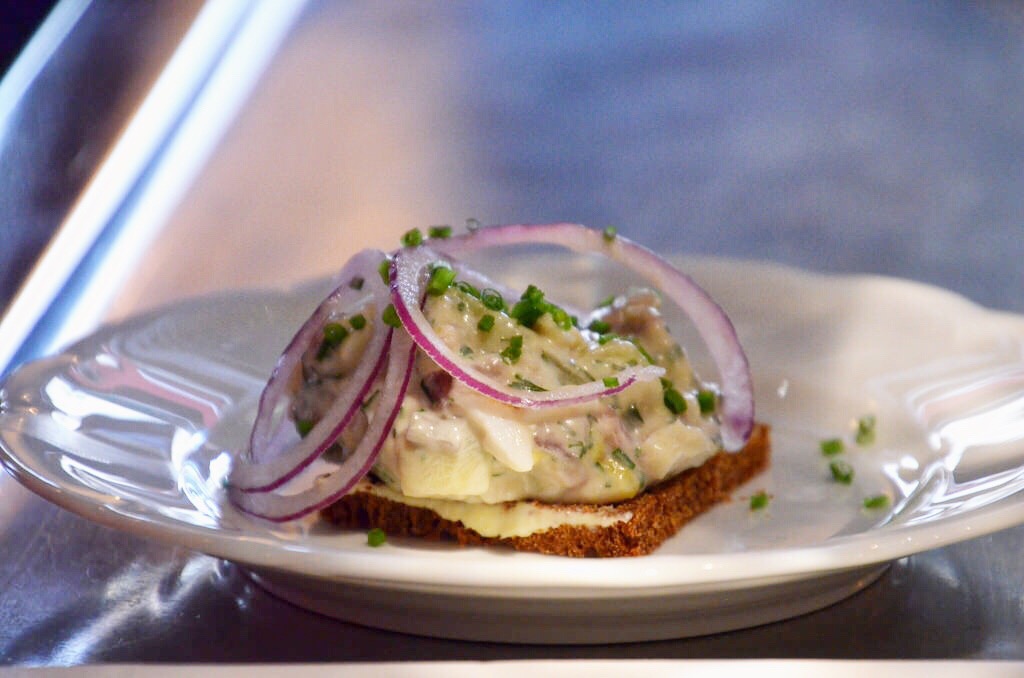 One of the staples of Swedish cuisine, Toast Skagen is simply made using a mix of shrimp or prawns with mayonnaise, a type of sour cream and some seasoning. Other ingredients like Tabasco or horseradish can be added and the final concoction is served on a piece of nicely toasted bread. While it’s not my idea of a great snack, everyone around me seemed to enjoy theirs with foodie glee. 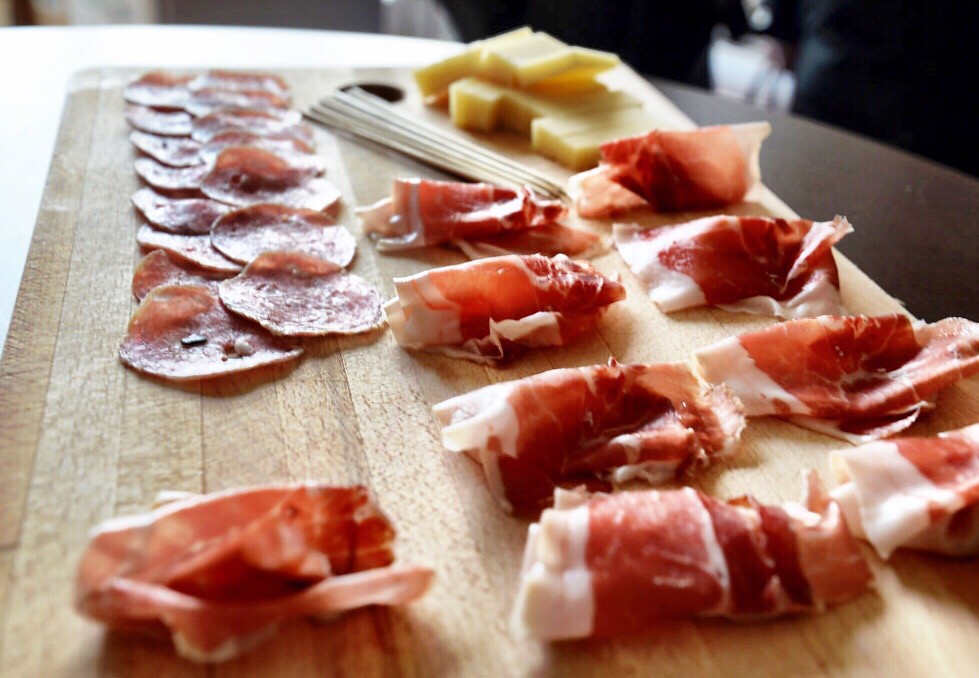 Just like any major metropolitan area though, Stockholm is necessarily influenced by global cuisine, both from neighboring countries and from farther afield. Neighboring Finland has brought its own unique culinary habits, and a stand in the Hötorgshallen serves not only expat Finns but curious (and hungry) Swedes as well. Finska Butiken serves a wide range of Finnish delicacies and goods, from pastries and breads to sausages and even candies. The star of the stand though is the Karelian pasty. These simple snacks are made from a rye crust with a filling of rice. Butter mixed with boiled egg is spread over them and the result is an odd, but tasty bite. They’re especially popular around Christmas and the simple stand at the food hall sells thousands every day during the holiday season.

Another international purveyor of fine foods is one of Sweden’s oldest delicatessens, Österqvist. For generations, the experts here have been importing meats and cheeses from around Europe, bringing some of the best foods from France, Italy and Spain to central Stockholm. Never one to turn down a great Parma ham, I could easily see myself stopping by Österqvist to pick up the ingredients for an amazing picnic in the park just opposite the store. 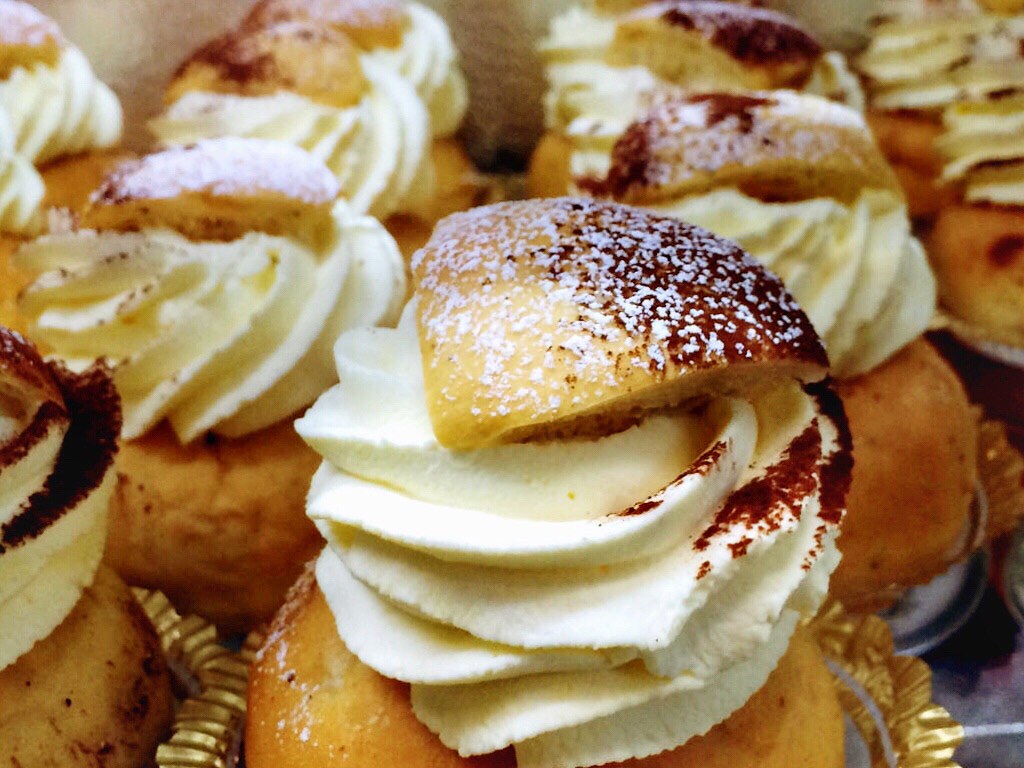 If you’re a regular reader of the site, then you know that I have a robust sweet tooth. Dessert is my favorite course of any meal, but I’m also easily won over by pastries, donuts and anything else that will satisfy my fierce sweet tooth. I knew that Swedes feel the same way, which is why I was especially excited for the non-savory portion of the tour, and all of my expectations were met and then exceeded.

The first sweet stop was at a bakery known more for their breads, but they also introduced me to a new delicious discovery – the semla. This small bun is flavored with cardamom and filled with almond paste and whipped cream and is one of the most popular, and traditional, pastries in Sweden. They started as a tradition the day before the start of Lent, but have quickly turned into a year-round delicacy.

The other sweet tradition I love is something I discovered on my first trip to Sweden, fika. At its core, fika is a coffee break of sorts. It’s all about taking time in the afternoon to join friends over a cup of coffee and some sweet treats. Usually starting out with a bun or cinnamon roll, fika can quickly evolve to include cakes, chocolates and other sweet bites. It’s a wonderfully relaxing event, a tradition I wish more countries – including my own – would adopt. 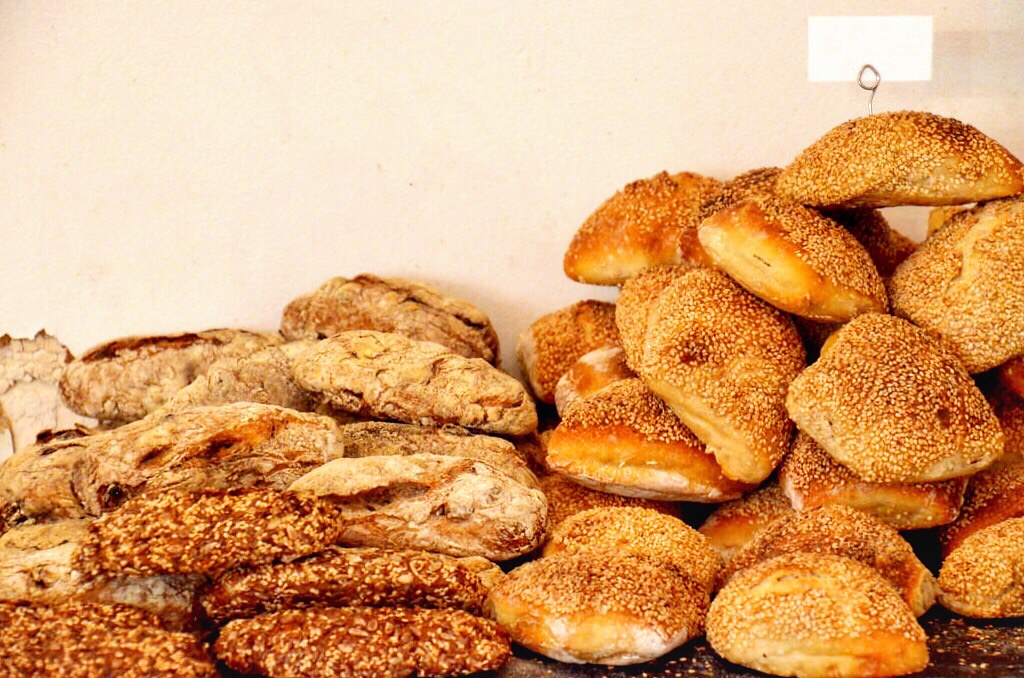 Like most people, I had some preconceptions about Swedish food before the Food Tours Stockholm Nordic Experience walk around the city. Some of those preconceptions proved true – meatballs and cinnamon rolls – but I was also surprised in many ways. I was surprised by how deeply rooted traditions, especially following a culinary calendar, are still part of daily life. At the very traditional restaurant Tennstopet, every month they feature a different Swedish delicacy perfectly matched to the season. Some of it seems as if it was created on a dare, but others are more important, homey and delicious.

I was also surprised by the rich diversity of food found all around Stockholm, even when focusing just on the Nordic dining experience. Sweden has long been an important power in the region, and it’s thanks to this military history that influences from Norway, Finland, Germany and throughout Europe have been intertwined into what is now called traditional Swedish food. It’s a wonderfully multicultural aspect to the cuisine that I didn’t expect, but certainly enjoyed.

When you visit Stockholm, there’s no shortage of great meals and bites to try that would fill multiple trips, but to really learn about the food culture of Stockholm and Sweden there’s no better place to start than on a culinary exploration of the city with Food Tours Stockholm.