Of all the reasons why I wanted to visit Finland, I have to be honest that food wasn’t at the top of the list. Or in the top five. Or ten. That’s not to say that I had a bad impression of it, I had NO impression of it. Sure, here in the US some folks do have Finnish ancestry, but the cuisine hasn’t permeated the ranks of American pop culture in the way that dishes from Italy or Poland have. So I flew to Finland expecting the worst, but I wound up experiencing something that was genuinely surprising and ultimately tasty. 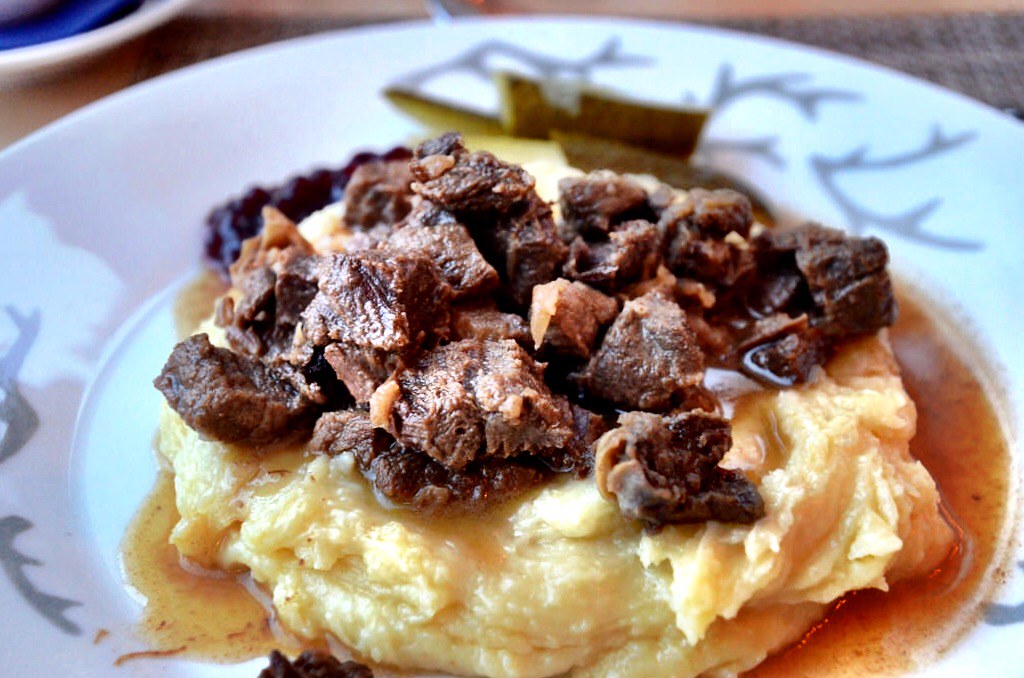 Like most national cuisines, the unique history of Finland still in large part defines traditional food culture. Centuries of intensely cold winters and remote locations means that meats, hearty stews and anything preserved were the go-to staples in Finland. I experienced this almost immediately when I sat down to my first lunch in Rovaniemi, the capital of Finnish Lapland. Fish stews and plates of reindeer served with mashed potatoes and lingonberry jam were the popular choices. I didn’t know it at the time, but on that table were some of the most iconic plates in traditional Finnish cuisine. They’re also flavors I became very familiar with, at least in the northern part of the country, finding variations of reindeer filet and stews at almost every meal. Finns though are design-conscious and creative, which means that even up in Rovaniemi there are some new and exciting food trends underway.

At the Arctic Boulevard Restaurant, located in the luxury boutique hotel Arctic Light, the chef has created a menu that is both innovative yet still rooted in traditional flavors. Drawing from what is available locally, the menu changes seasonally and features wild game from the northern forests, fish from the nearby lakes and berries, herbs and vegetables all found in Finnish Lapland. Wild boar and turnip, Nordic moose and juniper and reindeer and pine were just a few of the flavor combinations I found when I visited. The restaurant is smart and the food delicious and the perfect respite from days spent in the forests cooking your own sausages over a fire. 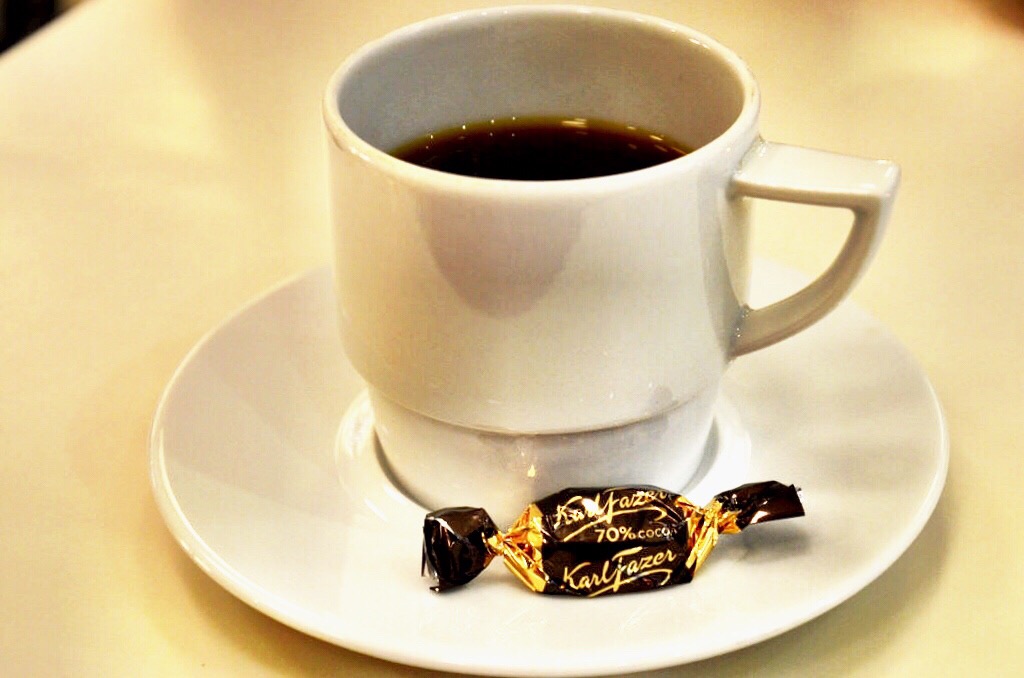 You can’t talk about food in Finland without mentioning the fact that Finland consumes more coffee per capita than any other nation. That’s an astounding fact if you think about it, Finland beats out coffee crazed cultures like the US, Italy, Austria and Australia to take the mantle of most caffeinated. As a big coffee fan myself, I felt the need to investigate the coffee culture in Finland and what I discovered was a little surprising. The average Finn consumes around 26 pounds of coffee a year, but nearly all of that is in the form of a light roasted filter coffee. As an American, filter coffee is my preferred way to consume the beverage, but increasingly it’s a rarity around the world. In most other countries I’ve visited, from Europe to Australia, espresso-based coffees are the norm. Long blacks, flat whites and their equivalents are typically what you find in local coffee shops. I grew up drinking filtered coffee though, and it remains my favorite and so I was thrilled to find it everywhere in Finland. Not only do I prefer the taste, but I also prefer the convenience. Ordering an espresso-based coffee is a process, usually an expensive one, whereas filtered coffees can be lugged around in giant thermoses or vats, ready to be poured. 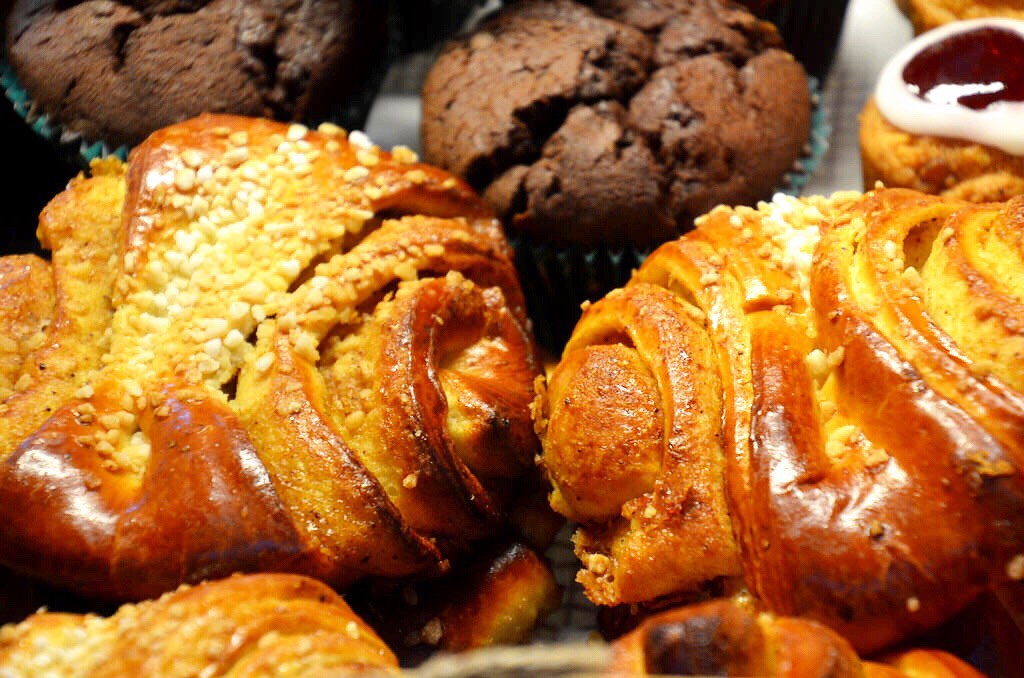 More than the statistics though, coffee is just a normal part of life in Finland. Talking with an expat living in Helsinki, she told me that she doubts most Finns realize how much coffee they drink. It’s just a normal part of the day, grabbing a cup in the morning or taking a much-valued coffee break at work; consuming coffee blends in with every other natural part of the day. Finns may not have the same sort of Fika culture that Sweden enjoys, but they do take great stock in the coffee house and enjoying something to eat along with their favorite beverage. Eating at the Fazer Cafe, the famous chocolate manufacturer has created a basic but excellent place to warm up and enjoy something hearty while chatting with friends. Throughout the year a variety of cakes and other sweets are available, some seasonal favorites are around for just a few weeks, but the one staple pasty you’ll always find here, or anywhere else in Finland is the Korvapuusti. Just one variety of Finnish Pulla, or sweet pastry, Korvapuusti are found everywhere and at every time of day, from breakfast to a late night snack. They’re traditional, they’re cheap and they’re delicious. However, if you think you’re buying a cinnamon roll, you’re not. Well, sort of. The Korvapuusti in particular do have cinnamon, but the rolls aren’t nearly as sweet as what we have in the US. But what’s more interesting to me is that other forms of pulla or pastries actually use cardamom instead of cinnamon. The taste is different from what I was used to, but I quickly grew to love them as much as I do their sugary cousins here at home. 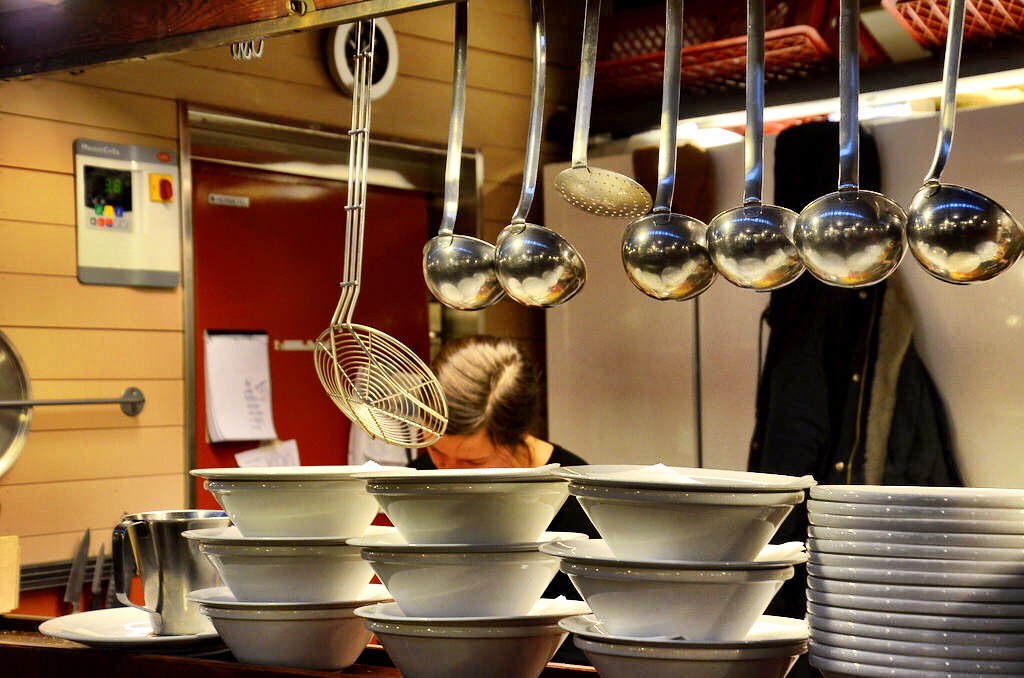 My favorite way of first experiencing a new city is through a food tour, if one is available. I’ve always been a proponent of the importance of well-done walking tours; the guides are knowledgeable and the 3-4 hour experience is a great way to learn more about the city. Food tours are preferable to me because they include the history and culture of the city along with the cuisine. Food is the best, and the fastest, way to learn about a new place. What we eat and how we eat it speaks volumes, and I learn more from a simple food tour than I would days exploring on my own. With this in mind, I was eager to join a food tour of Helsinki led by the local tour company Happy Guide Helsinki.

It was pouring rain when I met my guide in front of the Old Market Hall, but that didn’t dampen my excitement to finally learn more about Finnish cuisine. By that time I had been in the country for more than a week, but I still didn’t feel like I really understood the food culture. That changed and changed fast, as I followed my guide through a walk in the market hall. Meats, cheeses, breads and more, each stop at the various stands told a different story, shared a different tradition and naturally, all tasted amazing. Featuring foods produced locally, my guide gave me her unique point of view as an expat living in Helsinki, a perspective that added a different and important perspective to food in Helsinki and Finland. Throughout the course of the afternoon we ambled around town, trying local favorites like that pulla I mentioned and learning more about Finland’s great love of candy, including the often maligned (and rightly so) salmiakki. 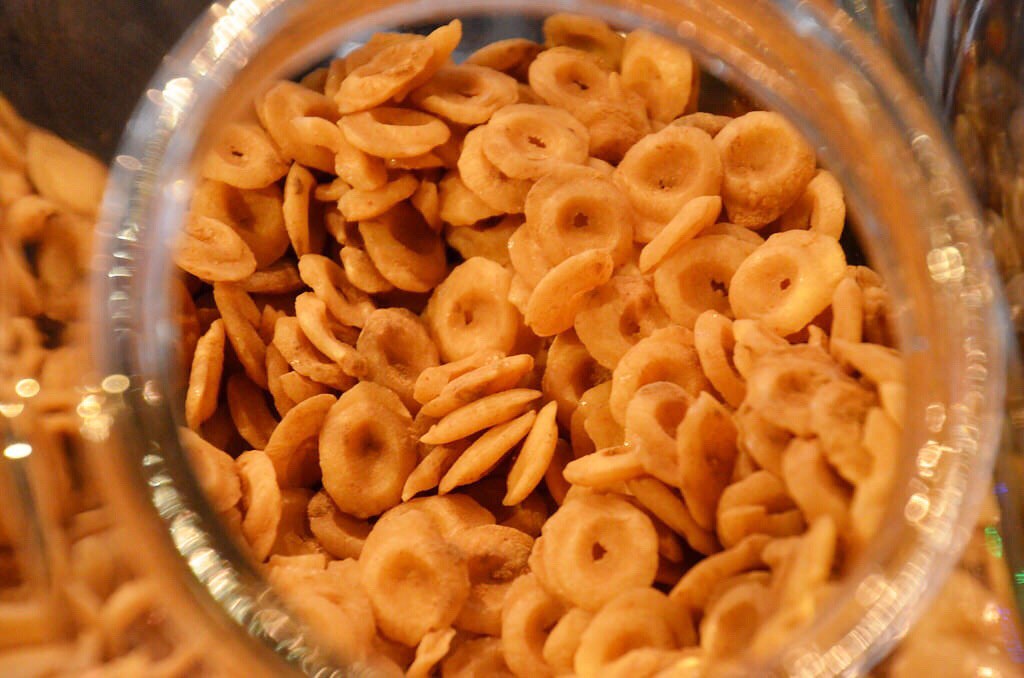 It would be easy to simply call salmiakki licorice, but that’s not quite accurate. Salmiakki is a variety of licorice that is flavored with ammonium chloride, which gives it a salty or astringent taste. I don’t like licorice on the best of days, but I knew how important salmiakki is in Finland and so of course I decided to try it. Immediately I thought something had died in my mouth. The taste was overwhelming and downright awful. The literature all says that salmiakki is an acquired taste, but that’s being exceedingly diplomatic. I think instead that it’s a food you have to simply grow up eating, otherwise acquiring a taste for it is a long and probably arduous process. But it’s important to try. It’s important to sample these bites, even though we may not like them, in order to better understand new cultures and ultimately to better relate to the people who live there. Will I be ordering a supply of salmiakki at home? No, but I’m proud I at least gave it a shot.

The tour ended at yet another food hall, one a bit more modern where I saw Helsinki’s creative side on full display. Ramen shops and former food truck concepts turned brick and mortar exist alongside more traditional soup stations and coffee bars. It was a great representation of Finnish food all in one place. A little quirky, a little traditional and a little fun, but almost always delicious. Except for the salmiakki, that’s death in confectionery form.

3 thoughts on “Taking My First Bite Into Finnish Food”