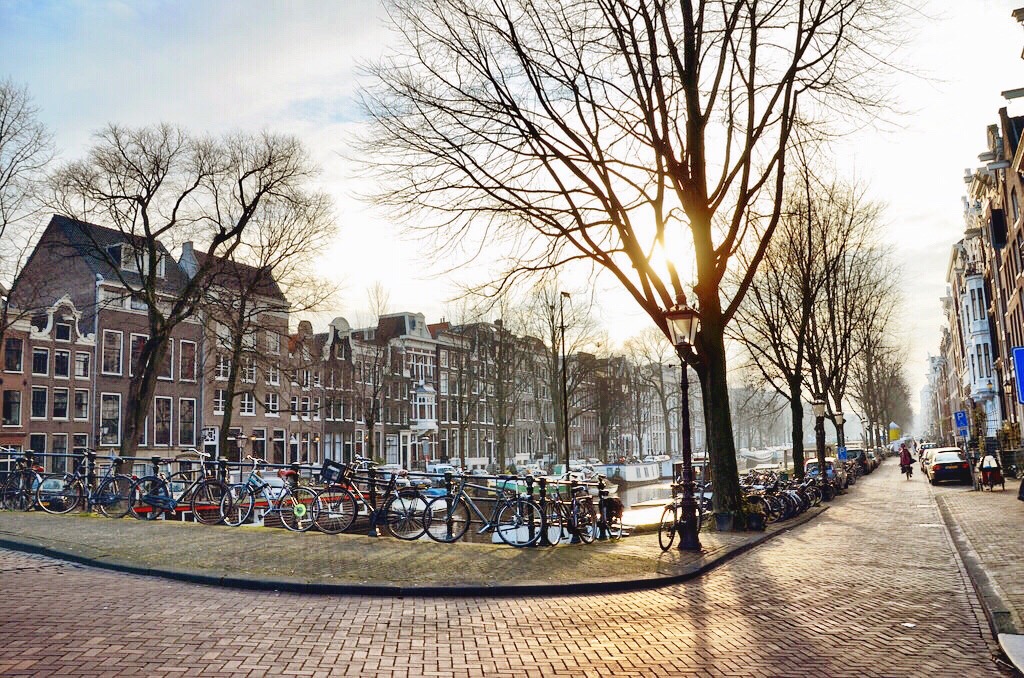 One trend in travel and tourism that I’m thankful for is a renewed emphasis on food not just as a means of sustenance, but as an important part of the travel experience. Tourists now understand that it’s through the stomach that we learn the most about a new city or country but more than just get an education, eating our way through a new city is also a lot of fun. One of the companies who I personally credit with aiding in this understanding, at least in Europe, is a tour company called Eating Europe. I first joined one of their London food tours two years ago and immediately I knew that they were doing something different, something special. At the time I called it the best food tour I’d ever been on, and I still stand by that. So when I learned that the same company also runs an Amsterdam food tour, I was excited to join one before starting my Viking River cruise along the Rhine. I wanted to see if the London tour was an anomaly, or if Eating Europe indeed is doing something different and if they’ve managed to replicate the experience in other cities. Either way, I knew that at the very least I’d be eating a lot of great food and learning more about Amsterdam along the way. 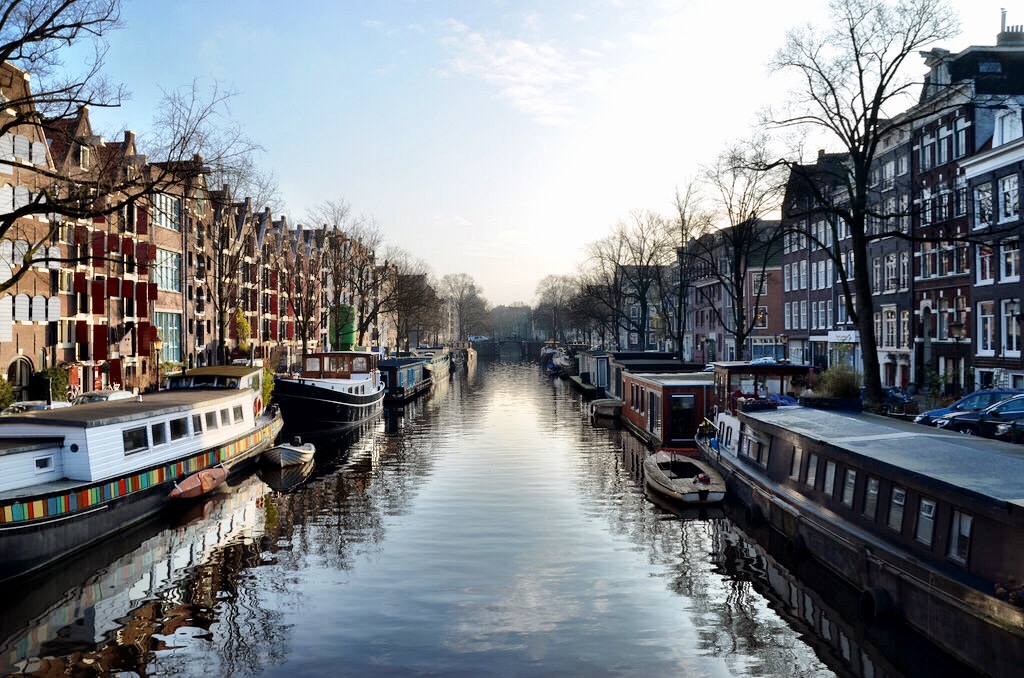 I have a mixed history with Amsterdam and it’s not a city I necessarily love. That was another reason why I wanted to take the walking tour. Sure, food tours are all about the delicacies sampled, but they’re also about the cities; learning more about the history and the people behind each dish. It was with all of this in mind that I joined the guide in the trendy Jordaan neighborhood of Amsterdam on what was an unusually sunny December morning.

December in the Netherlands is not usually known as a great time for weather, but thanks to whatever strange meteorological phenomena we’ve been experiencing, the sun was out, people were laughing and it was the brightest week before Christmas that I’ve ever seen in Europe. It was against this backdrop that we met our Eating Amsterdam guide, a trained architectural historian who one day decided that sharing his beautiful city with visitors was a more interesting way to make a living. Based on my Eating London experience, I made sure that I skipped breakfast that morning and almost immediately I was proven right, as we stopped in to visit one of the city’s great brown coffee shops for a drink and our first bite of the day. 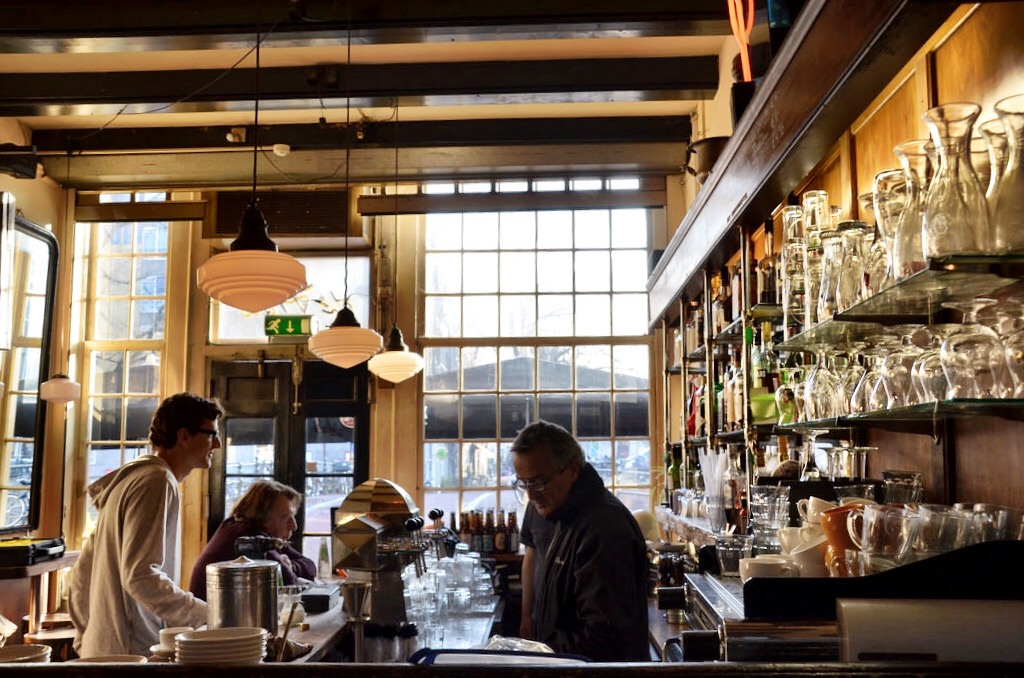 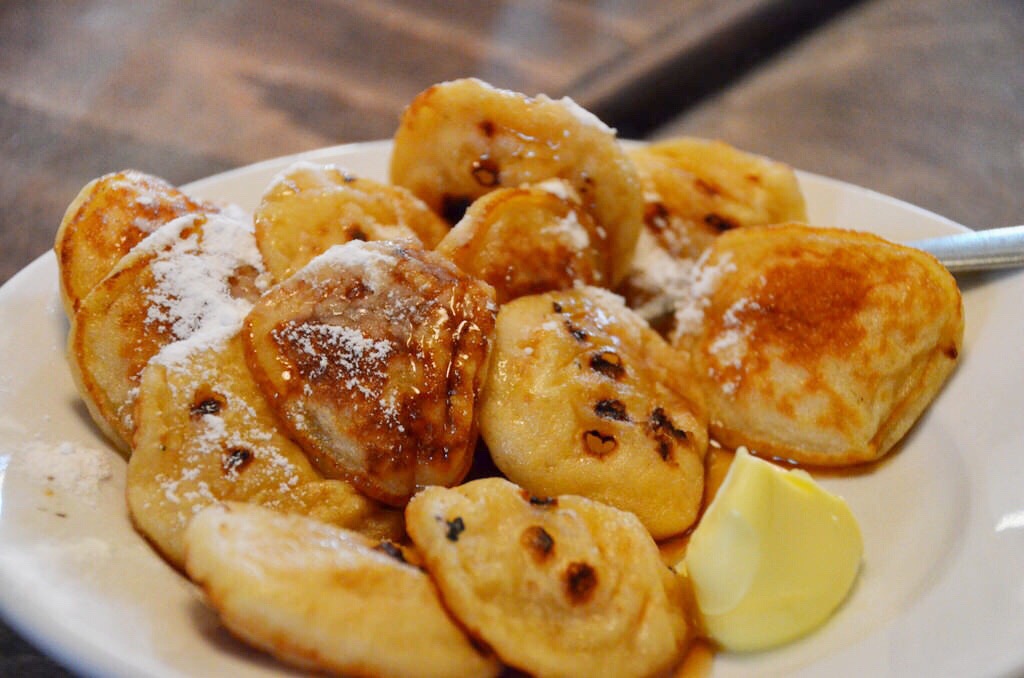 Getting their name from the dark wood and formally smoke-stained walls, so-called brown cafes are the Dutch version of the local pub or watering hole. They’re very traditional haunts where you go to catch up with local gossip or just grab a quick bite or something to drink. As our guide put it, if you’re a 20-something stockbroker looking to meet new people after work, this isn’t the place for you. No, instead these cafes are all about the neighborhoods and as I learned, some of the most traditional food in town.

As a lover of all things sweet, I was already somewhat familiar with poffertjes, but the version I tried in Cafe de Prins was definitely the best variation I’d sampled. This classic sweet is very simple, they’re just small, light pancakes but not dense, instead they’re almost spongy in texture that are then served with powdered sugar and sometimes syrup, like the version I enjoyed that morning. I was surprised though to learn that these little disks of doughy goodness are usually just for kids, or adults who want some comfort food. Regardless of who eats them and when, it was the perfect start to a day of culinary exploration.

I think one reason I never really clicked with Amsterdam in the past was because the city layout is confusing, to be generous. To me, every bridge, canal and street corner look the same, so being able to explore with a local and not get lost was a luxury that enabled me to really enjoy my wanderings throughout Amsterdam, instead of constantly looking down at a map. The Jordaan neighborhood in particular was a fun area to explore, thanks entirely to its somewhat off-color history. 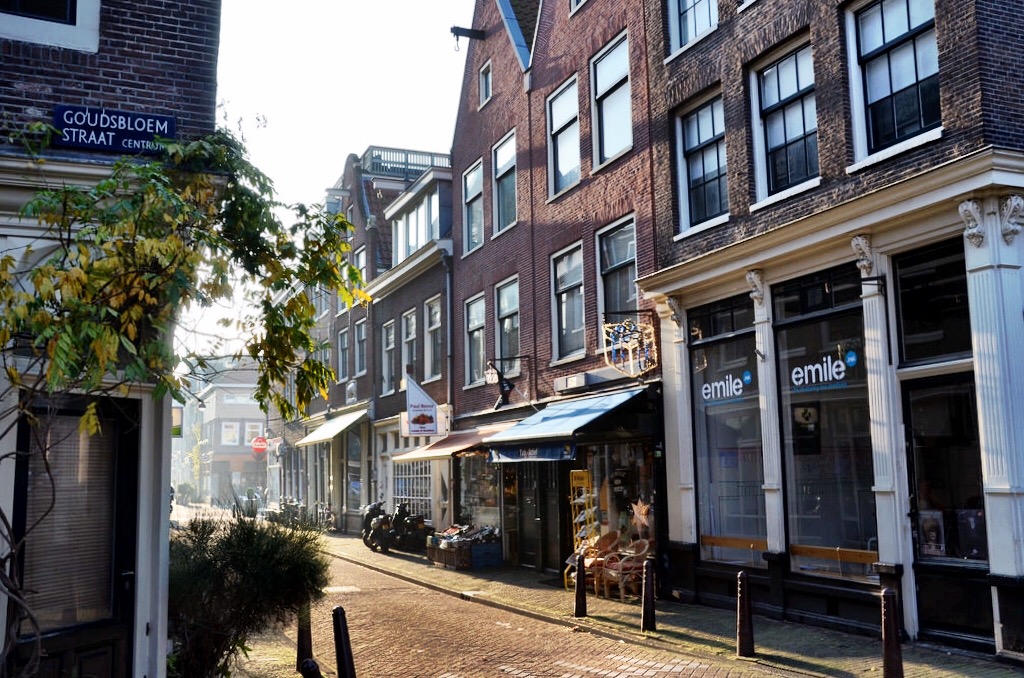 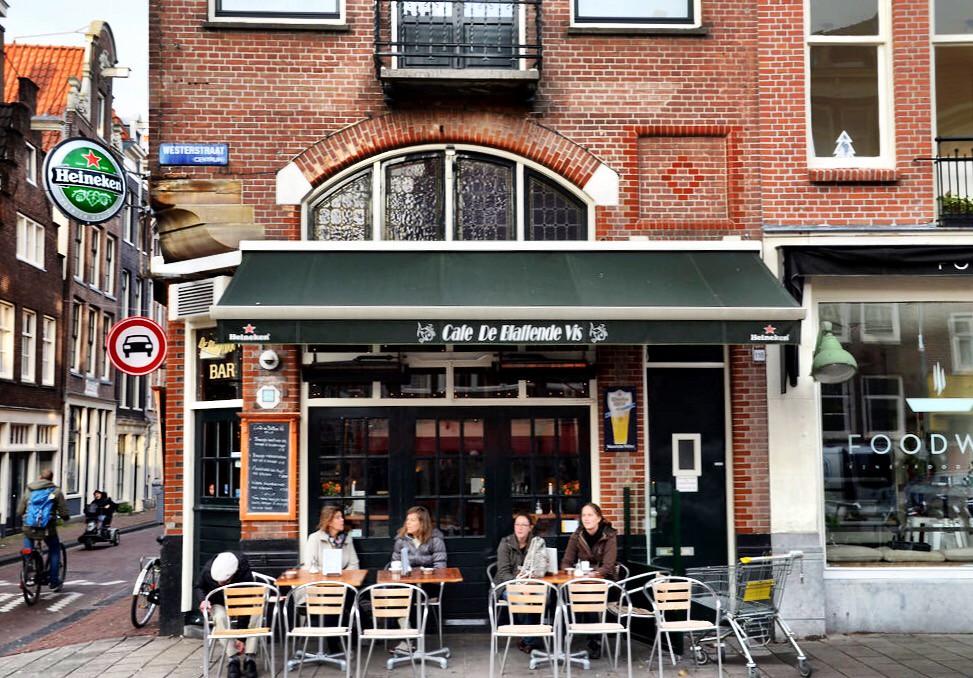 The Jordaan was traditionally a working class neighborhood, and you can see remnants of this past everywhere from the buildings themselves to even the shops that still line the streets. As in many areas of the world though, what’s old is new again and the Jordaan is one of those up and coming areas attracting young professionals who want something a little different, not to mention a little less expensive. The neighborhood is full of specialty shops and restaurants, but its location within the core of Amsterdam means you get the best of both worlds – those beautiful World Heritage canals and bridges, and the edgier benefits of a community like the Jordaan.

And that’s what it felt like to me, at least for a few hours, that I was part of a community. Going around to small shops, from cheesemongers to butchers, with a local who knows everyone is a special experience. Being welcomed with a smile and a bite to eat, I felt as if I belonged there and for a few hours I was privy to a side of Amsterdam I’d never before seen, a side usually reserved for residents or other people in the know. I also learned and ate a lot, which is naturally the entire point of a good food walking tour. Like so many other countries in Europe, the Netherlands in general and Amsterdam in particular is an amalgam of different cultures and traditions all coalescing into one. Sure, there are many great and very traditional Dutch classics including well-cured meats and of course Dutch apple pie, but the multicultural influences in Amsterdam are just as, if not more important than those staples. Immigrants from around the world, but particularly from former colonies like Indonesia and Suriname, add spice and flavor to the Dutch menu and most residents of Amsterdam consider fried plantain with satay sauce just as important to them as a well-made grillworst or block of farmer’s cheese. 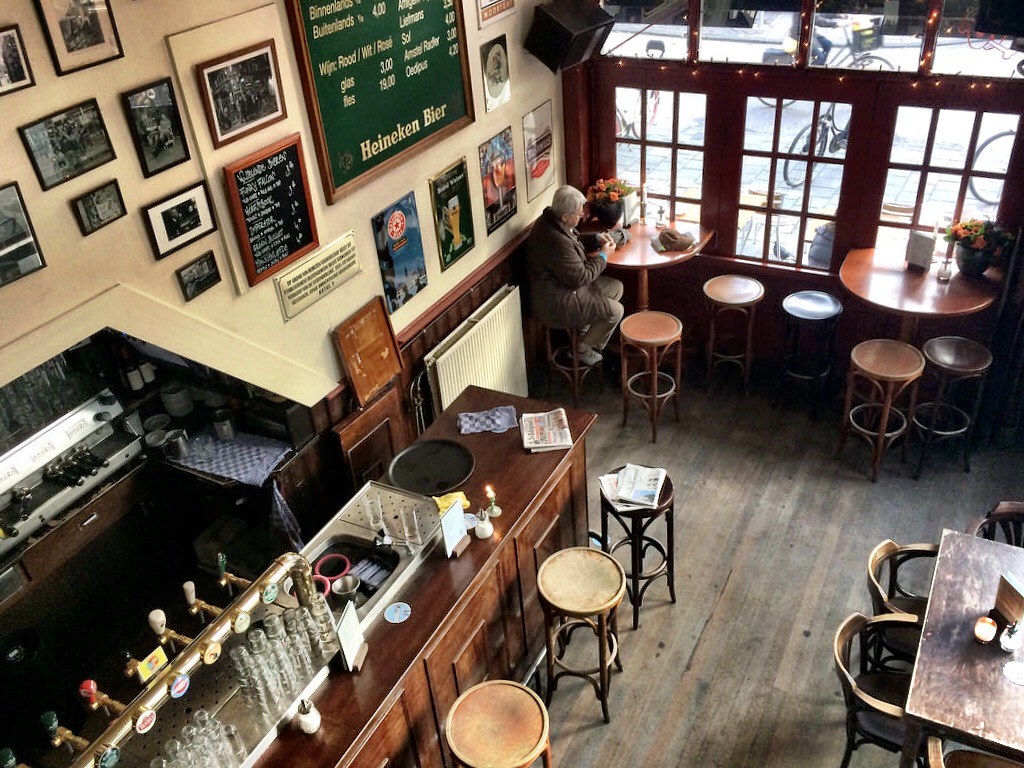 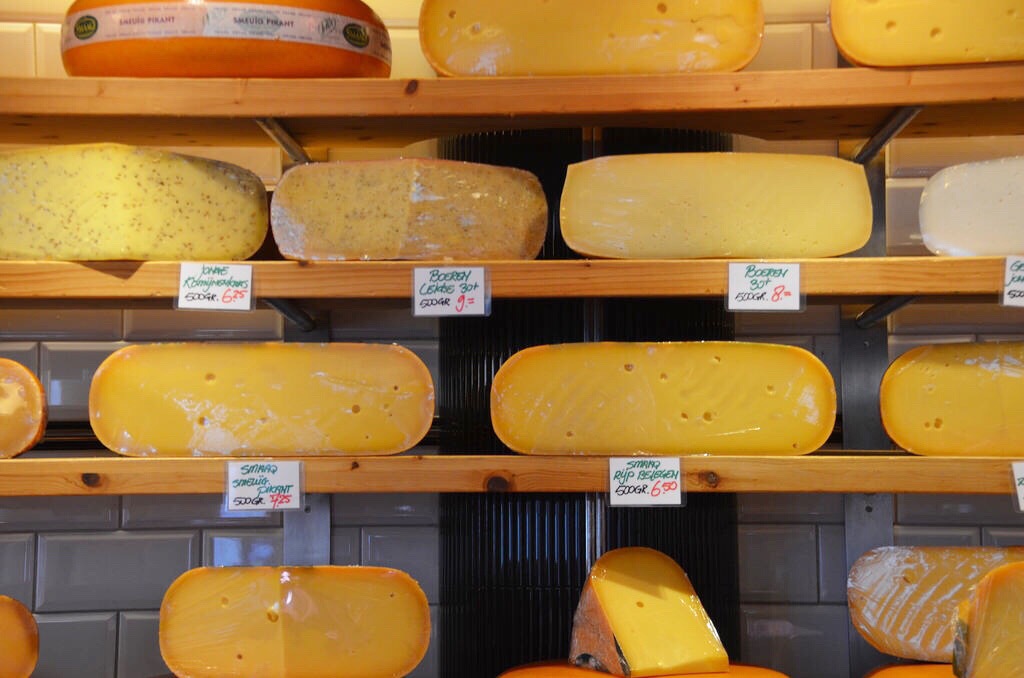 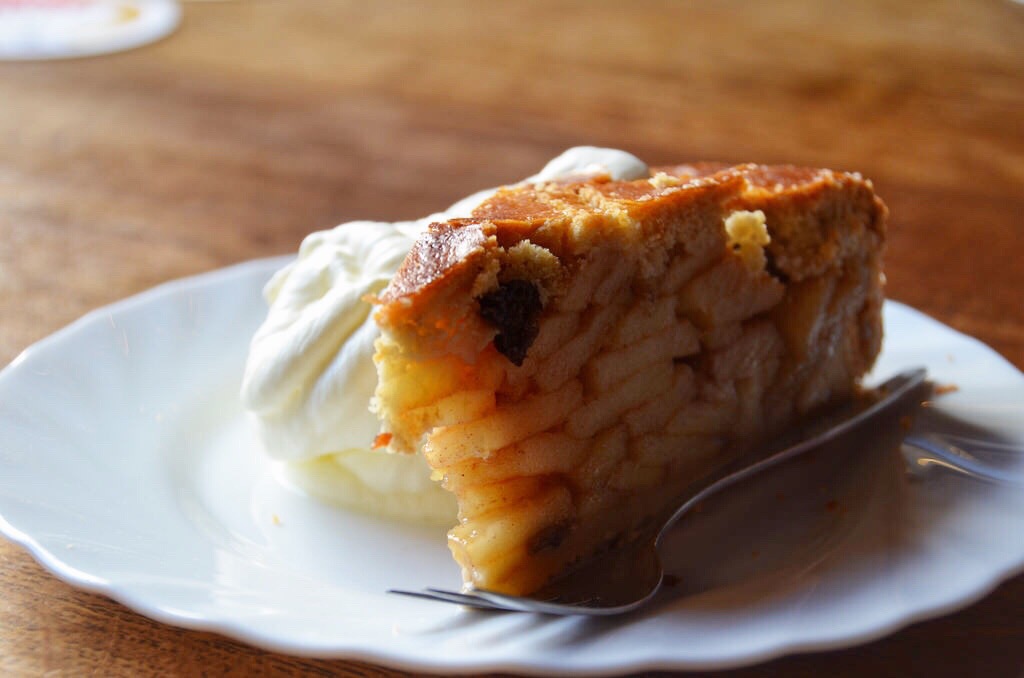 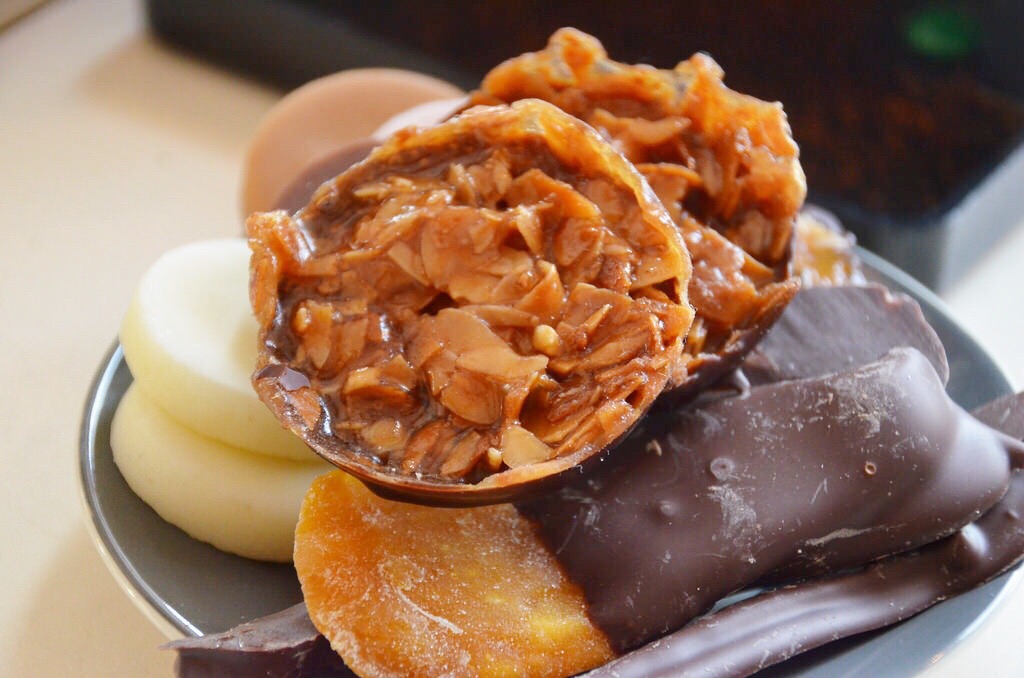 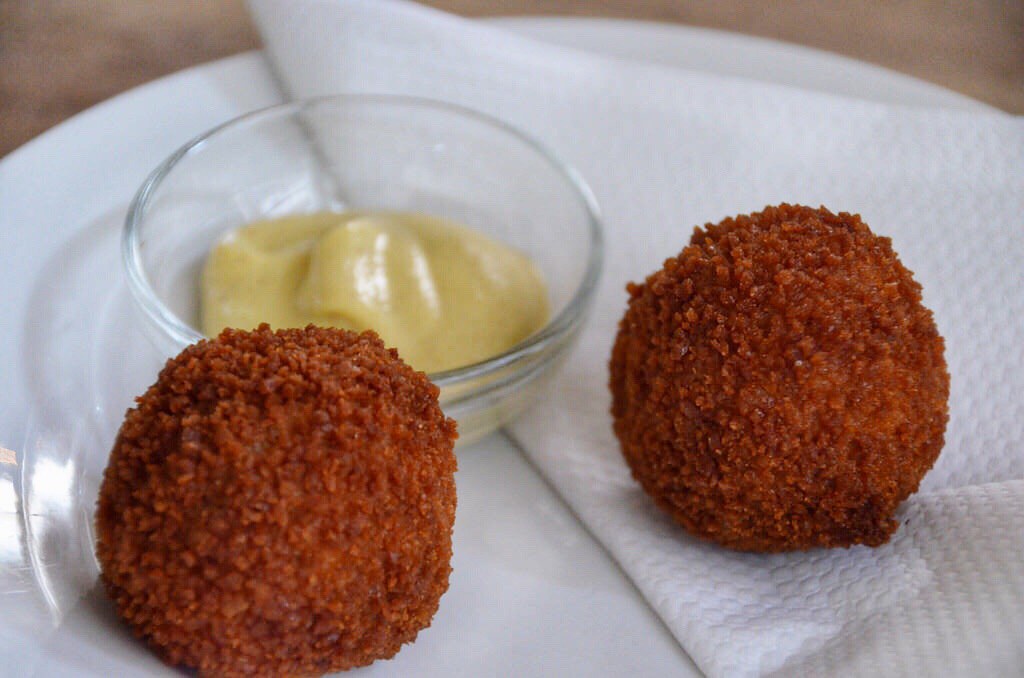 I’m not going to chronicle everything I ate or all of the places we patronized, not just because it would make for a tedious post, but because I want to leave some surprises for when you join your own Amsterdam food tour with Eating Amsterdam. What I will say is that after spending a few hours eating my way through Amsterdam, I was well sated not just physically, but mentally. The knowledge and friendliness of our guide was so impressive, that I found myself learning much more about the history and culture of the city than I ever thought possible. Another impossibility, I found myself liking Amsterdam for the first time. Away from the chaotic crowds near the train station, I loved strolling the quiet and leafy streets bordered by colorful homes and of course those famous canals. I finally began to understand why so many people love this city, and for the first time I walked away happy with my day in Amsterdam, instead of regretting it.

Food tours are my favorite way to experience a new culture for the expected reasons – great things to eat and a nice education along the way. But it’s more than that I think. They accomplish what so few other day or walking tours can manage, they bring you into the lives of the residents through their favorite meals. You experience the same tasty morsels as they do and you understand in a very base and fundamental way what it is they themselves love so much about their city. It’s a special experience and from my day spent in Amsterdam, was not just a nice way to get closer to the city, but an intensely important one.