It had been many years since I last visited Las Vegas. Normally when I travel, the city just doesn’t usually pop up on my radar. But I recently had the opportunity to spend the weekend exploring Vegas, relearning all of the ins and outs of the city. What made my experience so very exceptional weren’t the casinos or shows, it was where I stayed. My experience at the Four Seasons Hotel Las Vegas transformed what might have been a humdrum trip into a great few days away from home, and as I reflect on just how that happened I am reminded of a few features that endeared the hotel to me. There are a lot of luxury choices in Las Vegas, but the relaxed elegance found at the Four Seasons has made me a believer that they just might be the best on the Strip.

*Please note that this list is in NO particular order

The feel – no casino!

While I don’t mind a little gambling, one of the things I really don’t like about Vegas is feeling like I am permanently trapped inside of a casino. The massive spaces are designed so that you can never leave, and add in the cigarette smoke and constant ringing of slot machines and I find myself going somewhat insane in short order. That was the first thing I noticed about the Four Seasons Las Vegas, it doesn’t feel like a Vegas hotel. Walking in through the front door, the reception area is large and bright, using natural light in a way that is rare in Las Vegas. And while the Mandalay Bay casino is adjacent to the hotel, the Four Seasons doesn’t have a casino itself so you can finally get away from all of that chaos when you need to. For the first time in Vegas, I didn’t feel like I was in Vegas and for me that feeling was priceless. This truly is an oasis in the middle of the desert, a way to get away from the cacophony and chaos of the Las Vegas Strip just a few feet away. 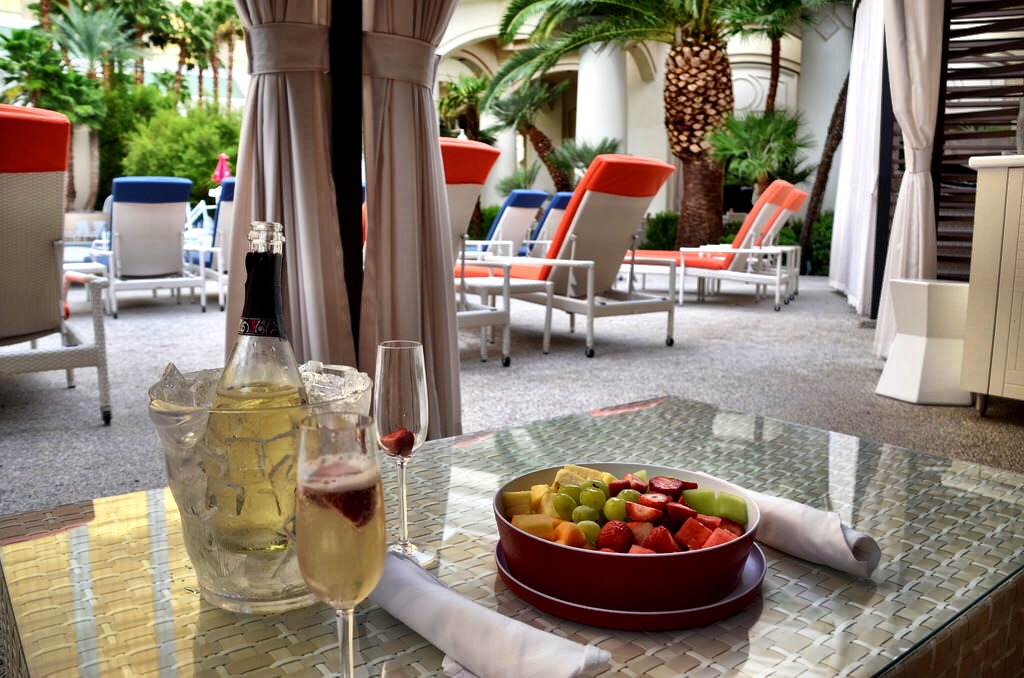 I’m not normally a pool person, I just get bored too easily, but when I learned about the cabanas at the hotel I knew I had to try them out. Especially in Las Vegas, getting a prime position at the hotel pool isn’t a simple matter of getting up early to put down a towel. No, instead most pools have a variety of tiers for their guests. At the Four Seasons Las Vegas, any hotel guest can sit wherever they want poolside, but for something a little extra special the hotel has introduced their special cabanas. The Four Seasons Las Vegas has 8 private cabanas for the ultimate in luxury and relaxation. I wasn’t sure what to expect when I showed up that morning, but the massive poolside canopy exceeded whatever expectations I may have had. Each one features comfortable sofas, a ceiling fan, a 46-inch TV, a fridge stocked with chilled water and fruit, chilled towels, privacy drapes and enough ports and connections that I actually got some work done. Add in some chilled prosecco, and this was a pool experience like none other I’ve ever experienced. It was the perfect way to relax with friends and start the morning off the way you should in Vegas, slowly and in complete comfort. 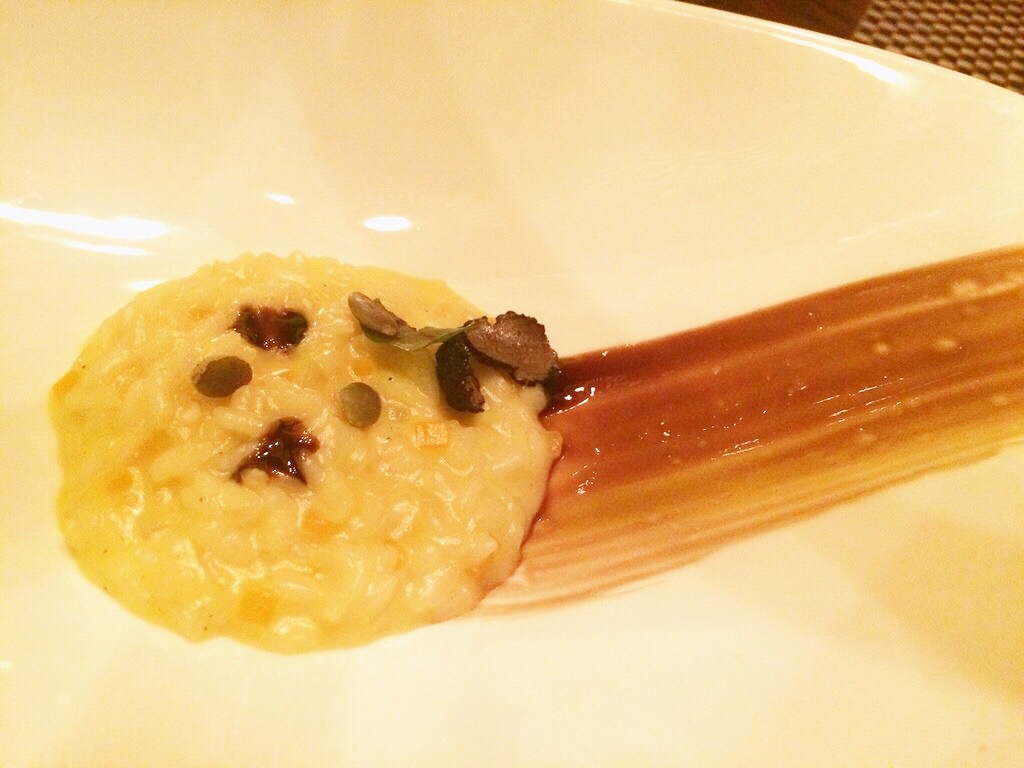 When it comes to food, Las Vegas certainly doesn’t suffer from a lack of excellent options, and that thankfully extends to the Las Vegas Four Seasons. The central bar and lounge area, called Press, is a refined but relaxed area to grab some snacks and enjoy one of the expertly crafted cocktails concocted by the hotel’s mixologists. These aren’t your standard drinks, instead they are specially crafted originals just for the Four Seasons and the unique flavor combinations will surely appeal to just about any taste. When it comes to dining though, this is where the Four Seasons truly excels. Charlie Palmer Steak is of course a fantastic carnivorous treat created by one of the country’s best chefs. But for something a little different, be sure to book a table at Veranda. Originally from Naples, Chef Antonio has created here an upscale Italian restaurant that includes some classic Italian dishes, but crafted in ways I have never before seen. The chef also embraces what’s locally available, completely changing the menu every season to reflect the best ingredients he can find. 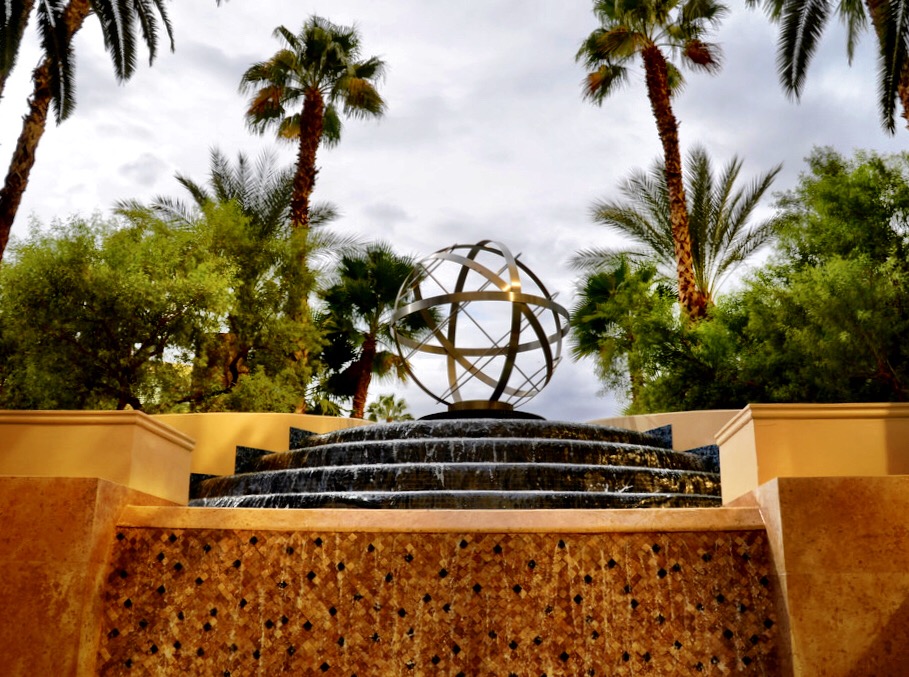 I never write about spas or fitness centers because usually they’re not all that noteworthy. Spas are relaxing and gyms are usually utilitarian, there’s nothing interesting about that. But my experiences at the Four Seasons were so uniquely positive that I just had to mention them. I normally workout when I travel. It helps keep my energy levels up and burn off some of those many extra calories I usually consume. What makes the fitness center at the Four Seasons Las Vegas so special isn’t any of the equipment, but the service. Located adjacent to the spa, fitness center patrons have full use of the massive and well appointed locker rooms so they can store their stuff, take a steam or just relax. While I was on the treadmill, dedicated fitness center staff came up to me several times offering water, cold towels and more. I’ve never seen anything like it and it made the chore of running a lot more enjoyable. I later returned to the spa for an afternoon treatment, and once again the service won me over. I arrived early so I could use the locker room and take full advantage of that steam room and relaxing decompression area with TVs, juices and sofas. The spa treatment was of course relaxing and invigorating and I left feeling totally at peace. 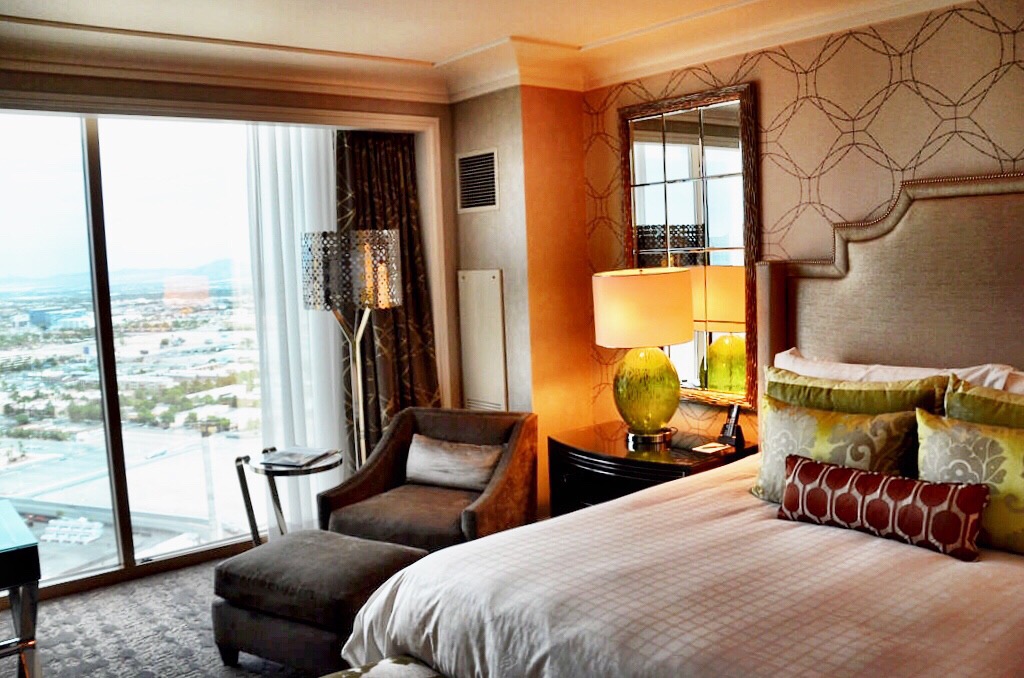 While all of this is nice, ultimately what is most important in any hotel are the rooms. One reason why I enjoy staying with Four Seasons properties around the world is for the consistency in the quality of their hotels, and their Las Vegas location is certainly no exception. I was booked in just a normal room, but walking into it I immediately was taken aback by how large it was. There was more than enough space to relax and, yes, even get some work done. Well designed and bright and cheery, once again echoing that lightness felt throughout the property. I can’t say it enough, but so many places in Vegas are dark and to be somewhere that embraces the light instead was very refreshing. Using L’Occitane toiletries, plush towels and separate showers and tubs, the bathroom was luxury at its best, a bellweather I think for any good hotel. My room at the Four Seasons was as good as it could be, and I really didn’t want to leave when my stay finally came to an end.

If you’re like me and need some time away from the chaos when you visit Las Vegas, then the Four Seasons Las Vegas really is the best choice. Through a unique combination of well-executed design, outstanding amenities and impeccable service, this is an enclave of civility and comfort in a city where that’s sometimes hard to find.

2 thoughts on “Best On The Strip: 5 Reasons To Love The Four Seasons Las Vegas”