I recently spent a weekend away in Las Vegas; a city I haven’t visited in several years. It’s amazing how fast things change in Vegas though and how many more activities are available than even a few years ago. Vegas is a city that exists on a scale unlike any other – everything is just bigger in Vegas. That includes luxury travel experiences on the Las Vegas Strip and that was the angle I pursued during my trip, discovering a city that has evolved to include many fun experiences that may not necessarily have anything to do with a casino. 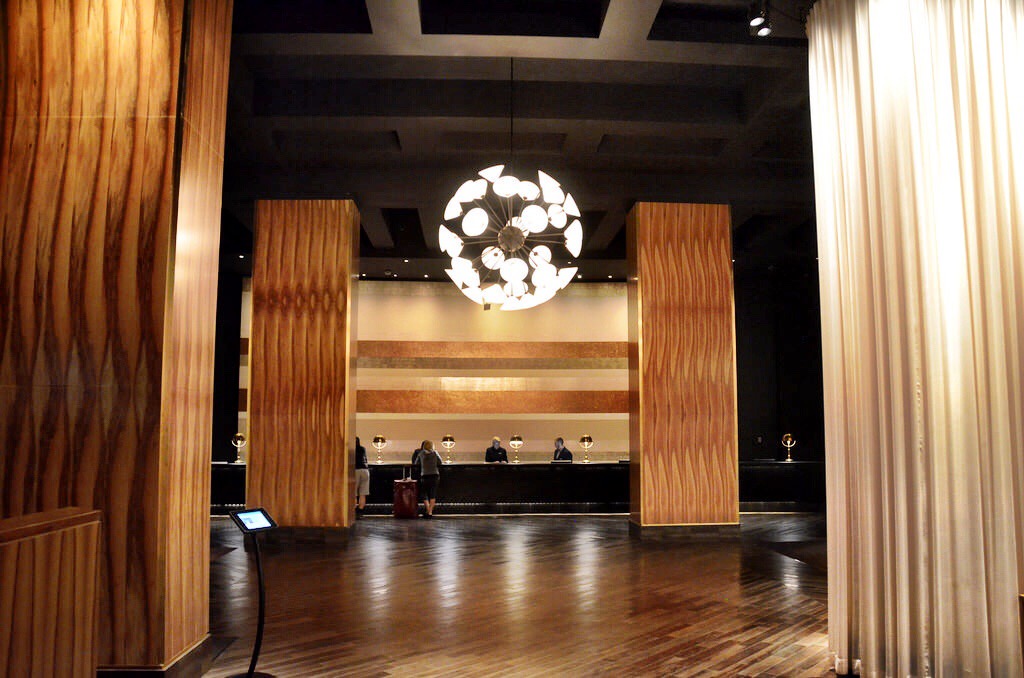 If you want a luxury hotel experience, Vegas has several great options including the two I stayed at – the Delano and the Four Seasons Las Vegas. One of Vegas’ newer luxury hotels, the Delano brings some of the South Beach art deco cool for which the original Delano is so well known. It’s also an all-suite hotel, a fact that surprised me when I walked into my spacious and elegant room. With all of the amenities one would expect, along with upgraded toiletries and enough room to spread out and relax, my experience at the Delano was calm and productive, just what you need when you’re in Vegas. There are also several delicious food options, a great spa and pool and a fantastic position at the end of the Las Vegas Strip meaning you get one of the best views of Vegas from your room.

My favorite hotel however was easily the Four Seasons Hotel Las Vegas. I love Four Seasons properties for many reasons, but perhaps most important is their consistency around the world. As soon as I walked in to their Vegas hotel, the din of the casinos disappeared and in its place was peace and quiet. The Four Seasons Las Vegas really is an oasis in the city, and with their spacious gardens and relaxing pool area it’s hard to imagine that you’re in the middle of Sin City. The spa and fitness center was also one of the best I’ve visited, with friendly staff that seemed to anticipate every need before I knew I had it. 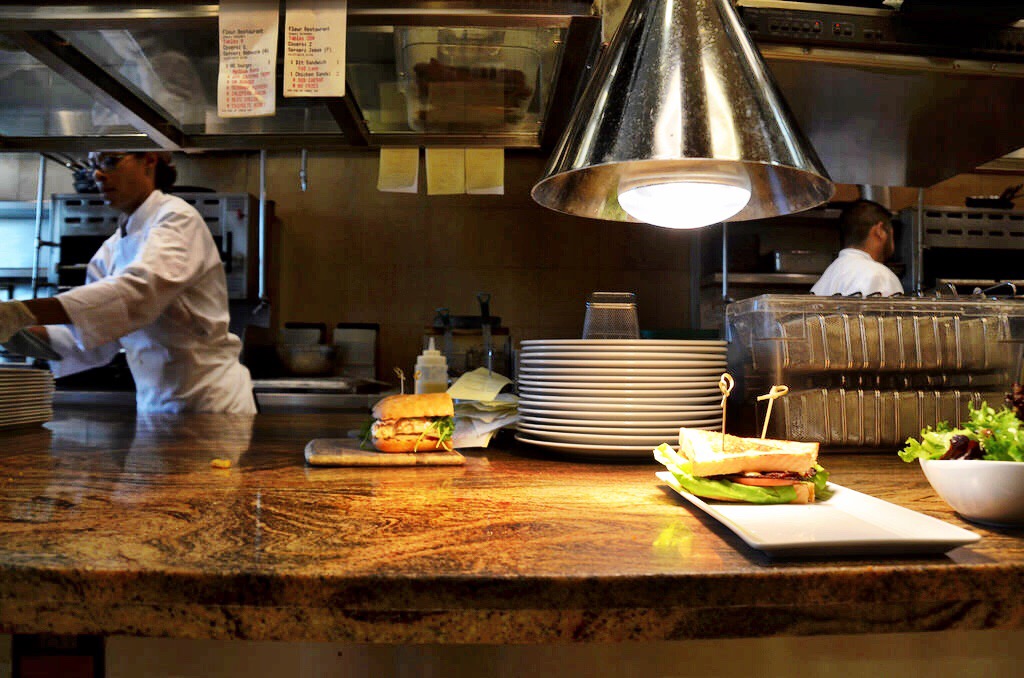 Perhaps the most noticeable transformation in Las Vegas over the last 20 years is in the emphasis placed on the food experience. The best chefs in the world all have restaurants in Vegas, making it a hard decision every night to choose which one to patronize. One of the newest is also by one of the world’s top chefs, Alain Ducasse. The food at the brand new Rivea is inspired by the markets of France and Italy, and those Mediterranean flavors shine through in a variety of small plates and delicious main courses. Sampling a little bit of everything, each new plate that appeared seemed to be better than the one before, a feat that’s hard to accomplish but entirely expected from someone of Ducasse’s level of expertise.

Another famous chef with a great restaurant in town is Hubert Keller. Best known for his creative twists on classic ingredients, one of the most interesting dining experiences at his restaurant Fleur is a Sunday Beer Brunch. Combining the chef’s affinity for pairing beers and cocktails with great dishes, the brunch includes some favorites like freshly made beignets, Angus short rib benedict and red velvet pancakes.

One of my favorite dining experiences though happened at the Four Seasons’ restaurant Veranda. Originally from Naples, Chef Antonio has created here an upscale Italian restaurant that includes some classic Italian dishes, but crafted in ways I had never before seen. The chef also embraces what’s locally available, completely changing the menu every season to reflect the best ingredients he can find. 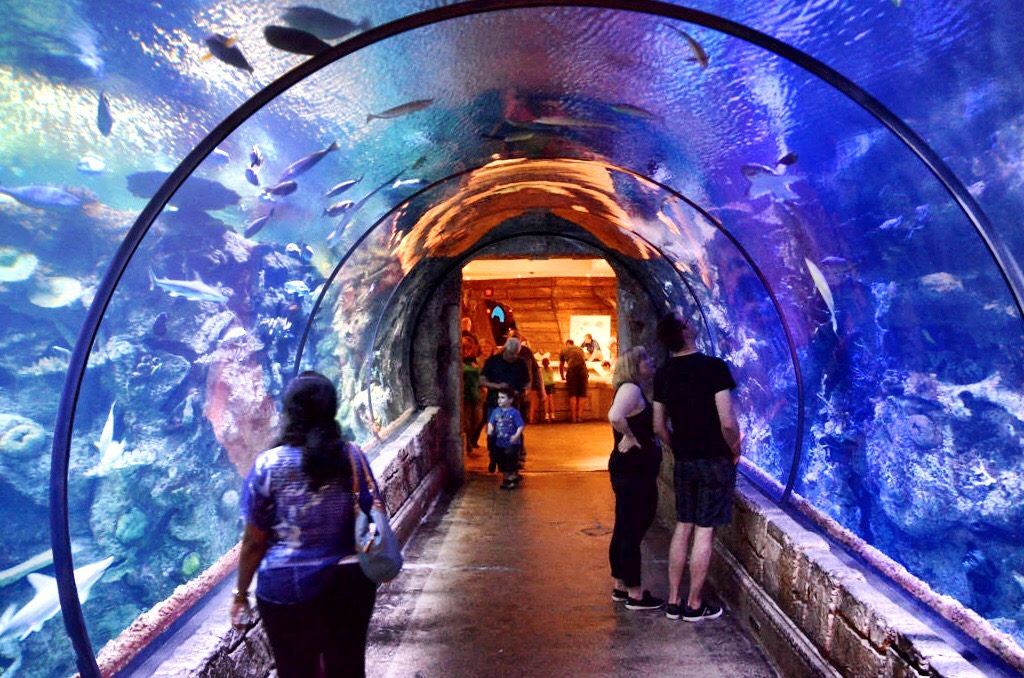 Of course many people visit Las Vegas to have some fun, and this is one city that wants to help you achieve that goal. The casino area at Mandalay Bay is huge and caters to all of the hotels within the complex, meaning you really don’t have to leave if you’re staying there. Aside from the casino of course are the shows, and Michael Jackson ONE by Cirque du Soleil is one of the best you’ll find in town. It’s a tribute that will bring back a lot of memories, featuring some of Jackson’s most popular songs. For something a little different, be sure to stop by the Shark Reef at Mandalay Bay. This large aquarium is a really fun, family-friendly activity and includes sharks of course, but also sea turtles, rays and a whole host of other sea life presented in a fun and engaging way. If you really want the high-end Vegas experience, then be sure to include a night out at the clubs, like the LIGHT Nightclub. Personally, this is not my scene but for many people they can’t say they’ve had a luxury night out in Vegas without reserving a booth at this popular late-night spot. Get the bottle service and dance away those calories from dinner during this iconic Vegas experience. For something away from the glitz of the Las Vegas Strip, head to the equally glitzy and opulent home of Wayne Newton – Casa de Shenandoah. This 55-acre estate for years was a mystery to locals and visitors alike but it recently opened to the public for tours, meaning you can get your own celebrity experience in the heart of Vegas. 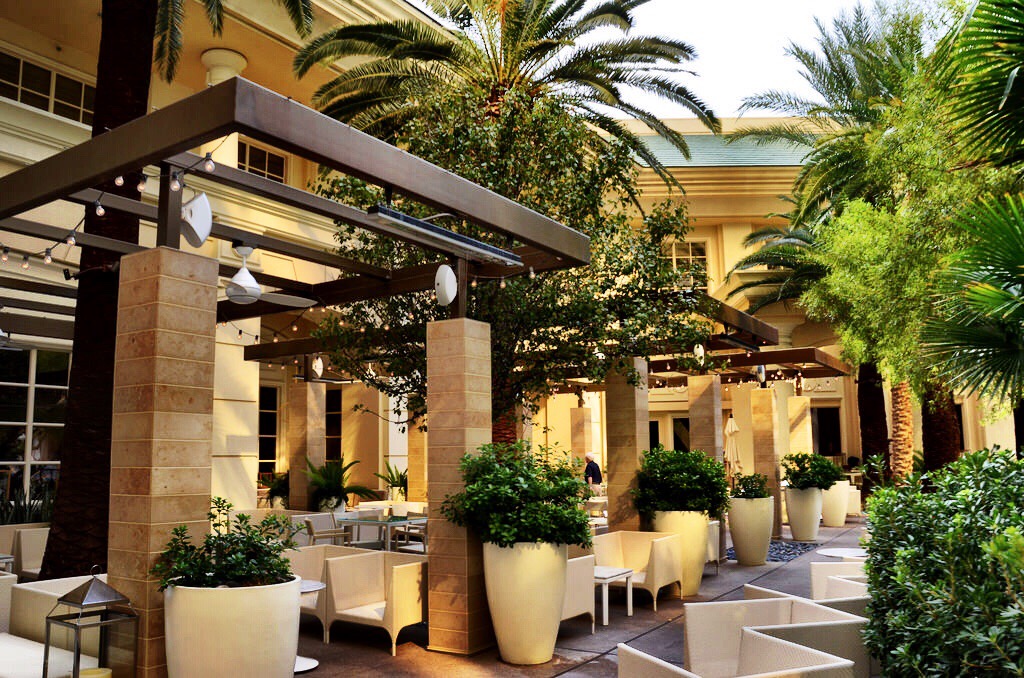 Vegas can be an intense city, which means you have to relax and recuperate from whatever over-indulgence you may have enjoyed. Just like a private booth at a nightclub is a classic Vegas experience, so is a private pool cabana and in my opinion the most relaxing pool on the Strip is back at the Four Seasons Las Vegas. I don’t like crowds and hate being in places with a lot of noise, so the very relaxing and calming pool at the Four Seasons was perfect for me. It was hard to believe the chaos of the Las Vegas Strip was so close by as I quietly snoozed in the cabana, enjoying refreshments supplied by the always-accommodating Four Seasons staff. After the pool, be sure to stop by the spa at the Four Seasons featuring some of the nicest staff I’ve ever met. Not only were they friendly, but the treatments were relaxing and reenergizing, a perfect way to bounce back after a late night out.

There are few cities as well-positioned to take care of your luxury travel needs like Las Vegas, from being chauffeured around in a limo to enjoying some of the best food in the world, there’s enough variety here to satisfy even the most discerning tastes.