After three separate visits in different times of the year and to different areas of the province, I think that I can now safely say that Alberta, Canada has a special place in my heart. I’ve been privileged enough to visit some amazingly beautiful places around the planet, but if asked I always list Alberta near the top of that list. From the scraggly Badlands to the majestic Canadian Rockies, the terrain may change dramatically, but it all possess its own unique beauty. My favorite in Alberta may be, MAY BE, Jasper National Park, found along those gorgeous Rocky Mountains. Jasper is huge and to fully explore all of the wonders contained within would take I imagine a lifetime, but I was lucky enough to discover one of the park’s great treasures – the Valley of Five Lakes.

Before I left on my most recent Albertan adventure, friends all made me swear that I would include a drive along the famous Icefields Parkway. The entire Icefields Parkway is long, stretching from Lake Louise to Jasper it’s a 140 mile stretch of road that was completed 75 years ago this year. Along the way are any number of stop-off points, from simple lookouts to full-blown hikes. I was tight on time but one hike that I had at the top of my list was the loop trail around the so-called Valley of Five Lakes. 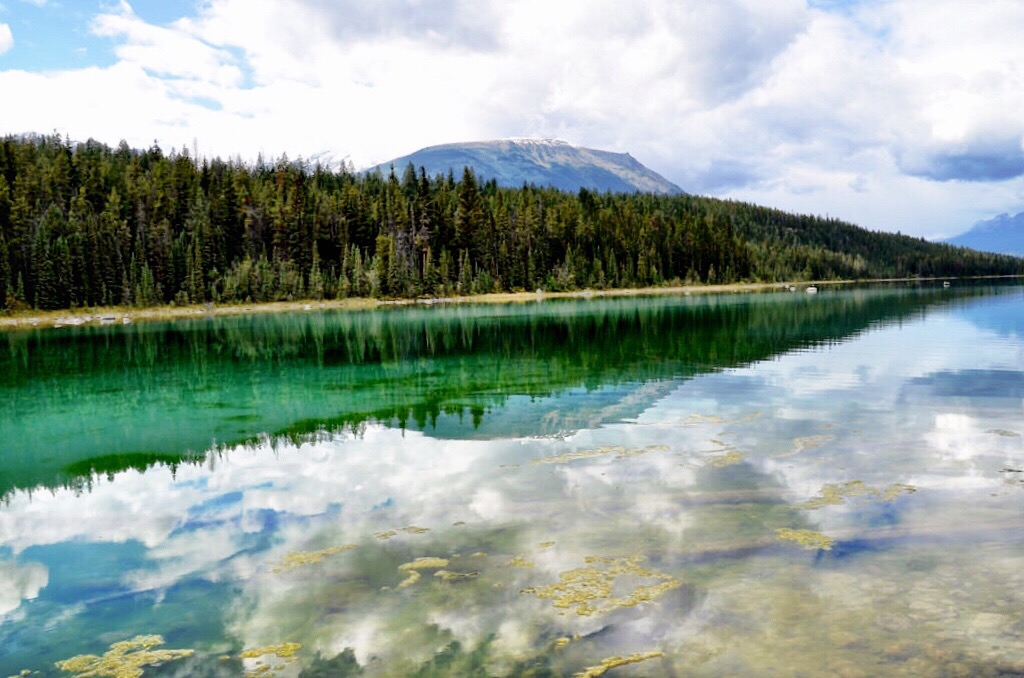 Although I had seen photos of the lakes before I even left home, there wasn’t very much information online and so I decided to do the 4.5km circuit without really knowing anything about it; but I didn’t have to. Those photos I had seen were enough to get my adrenalin pumping, the colors were unlike anything I’d seen before and if accurate, I knew I had to see them in person.

While I like being out in nature, I wouldn’t necessarily call myself outdoorsy and I’m definitely no hiker. I told myself I’d just hike out a little bit to see just how far the lakes were and then decide whether to go on or head back to my car. That sounded better in theory than in practice because 30 minutes into the hike I hadn’t seen a lake yet, but I felt as if I was close and so I decided to just go for it. When was I going to ever be there again? Maybe never, and I wanted to see those damn lakes. Within an hour of making that choice, I understood it to be the single smartest decision I made during my entire trip to Alberta. 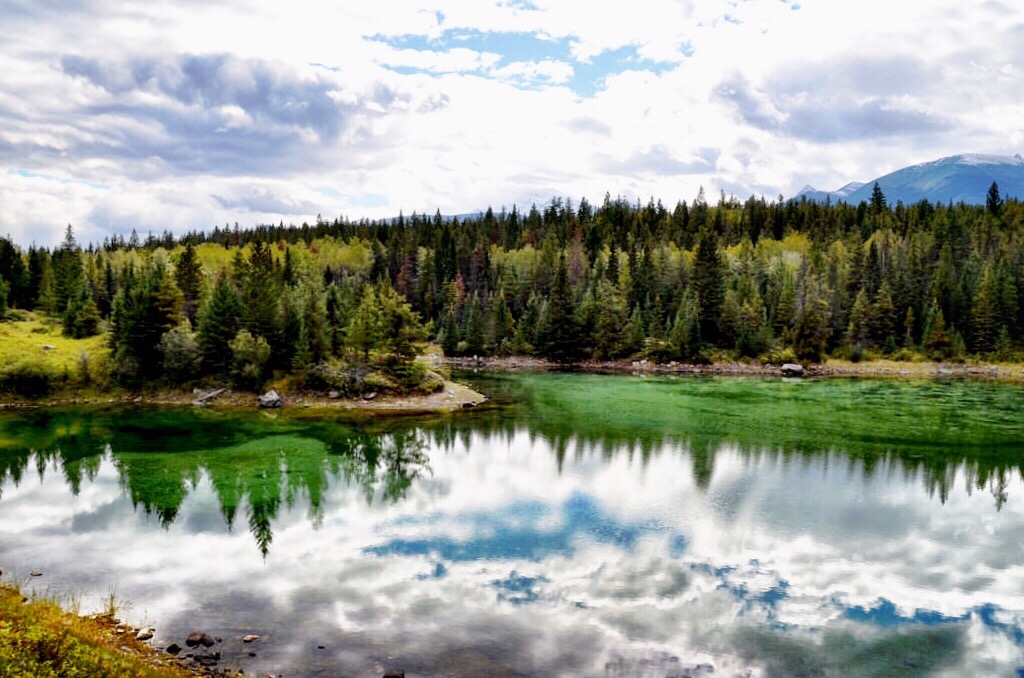 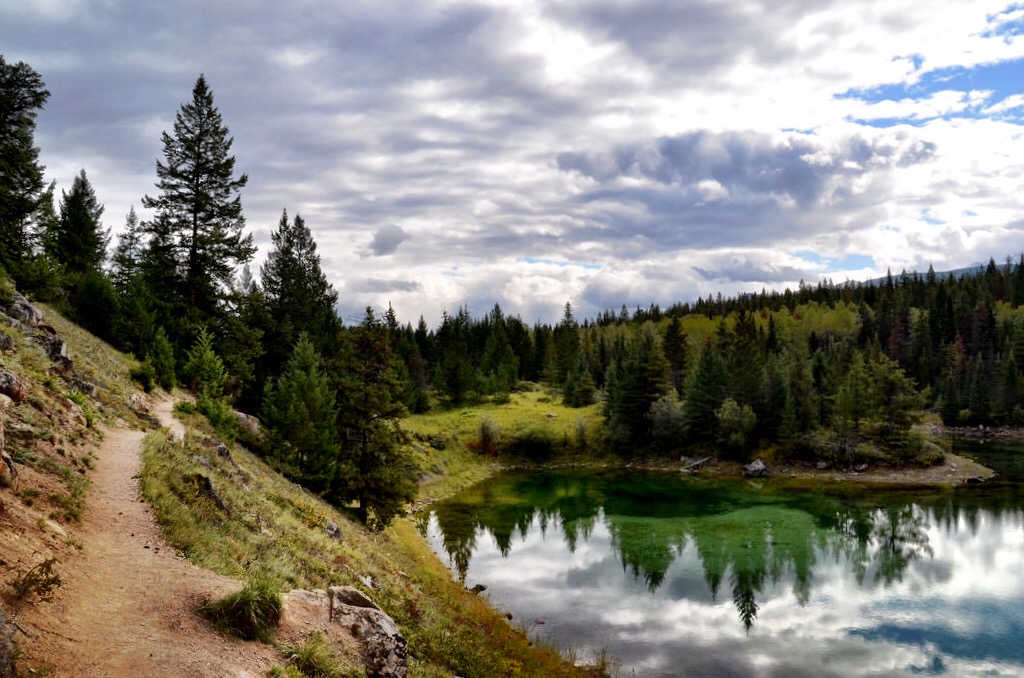 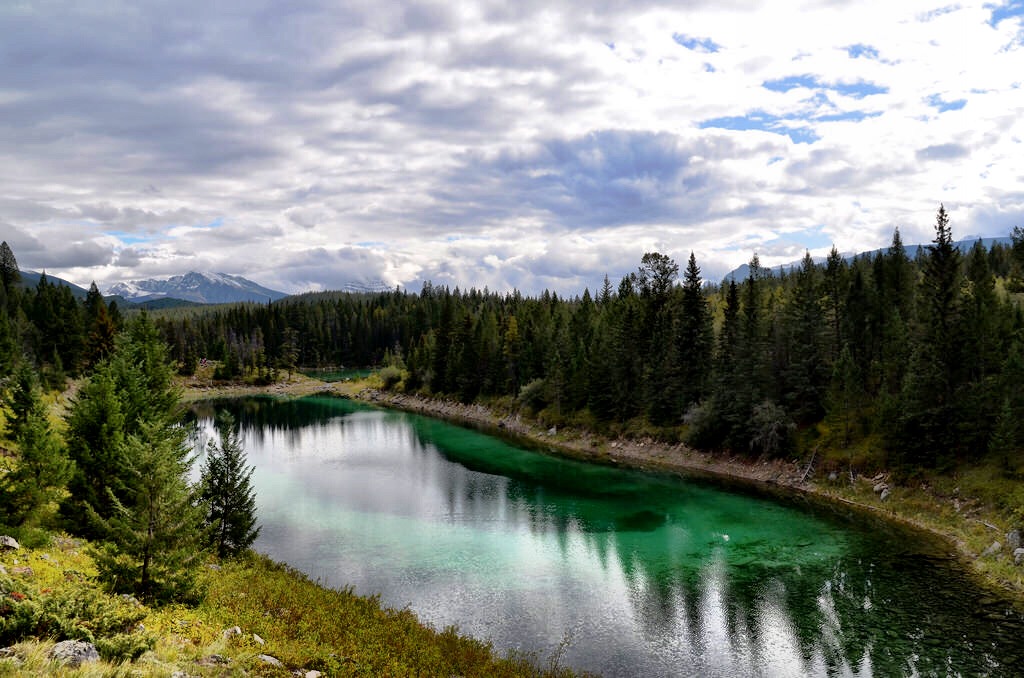 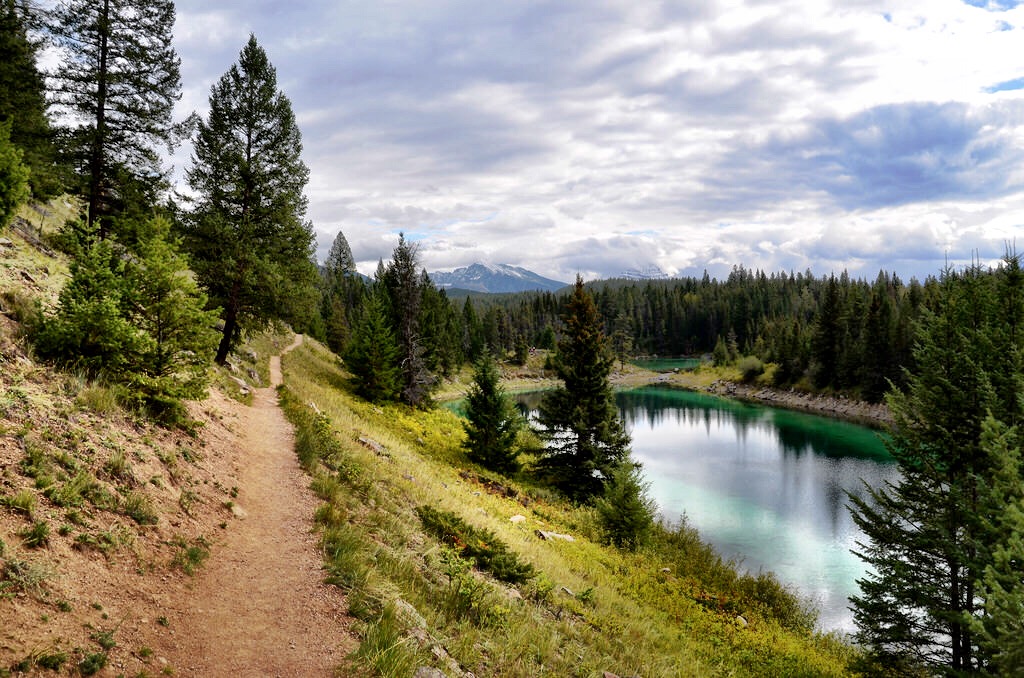 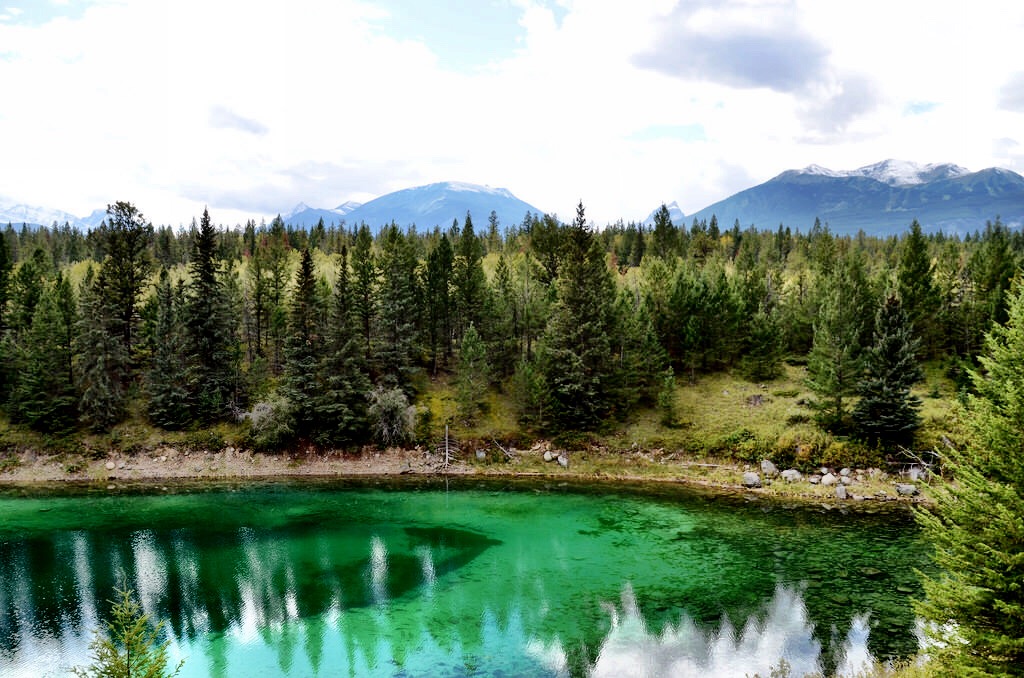 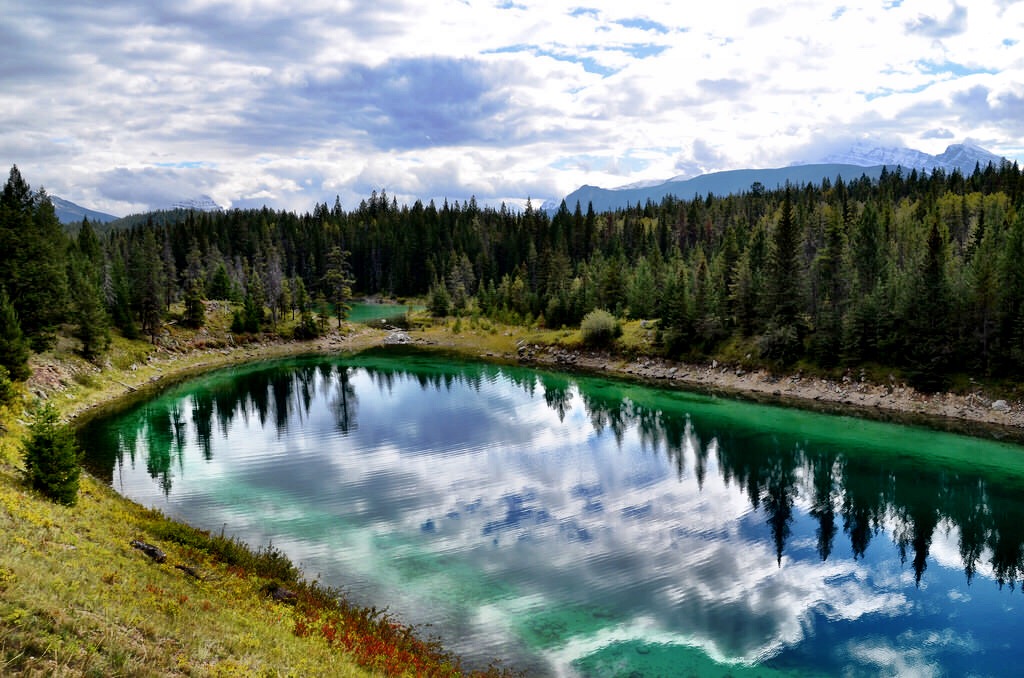 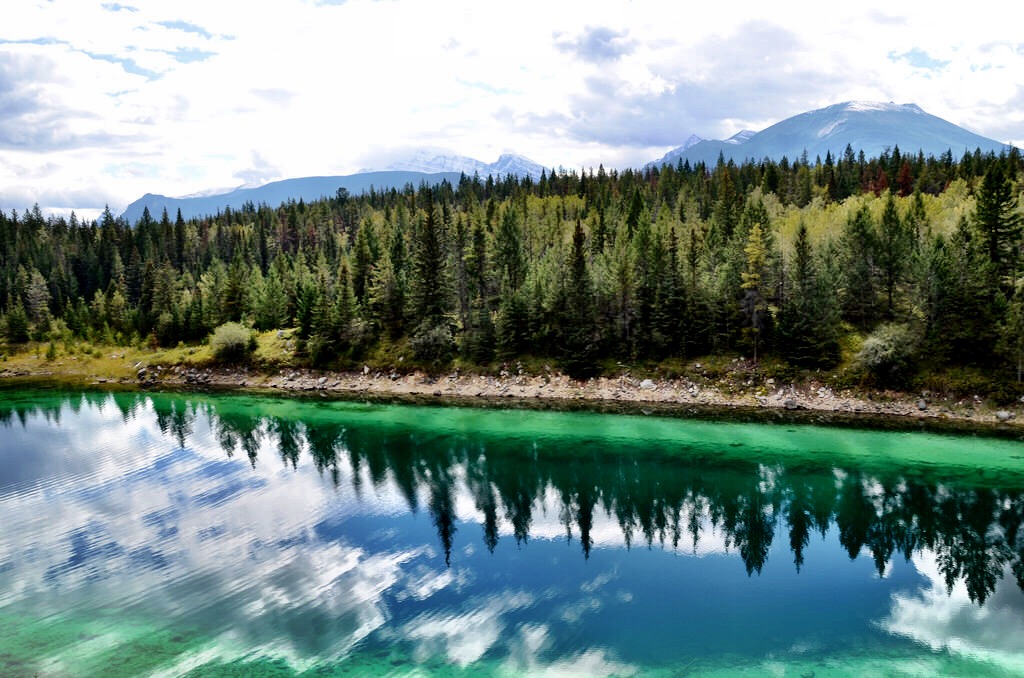 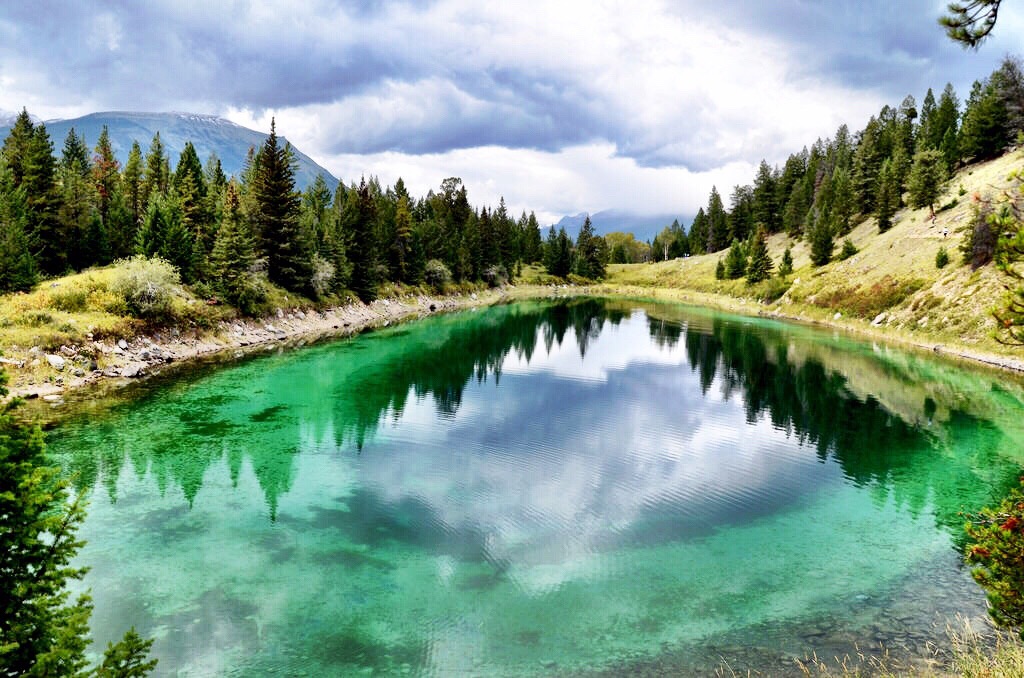 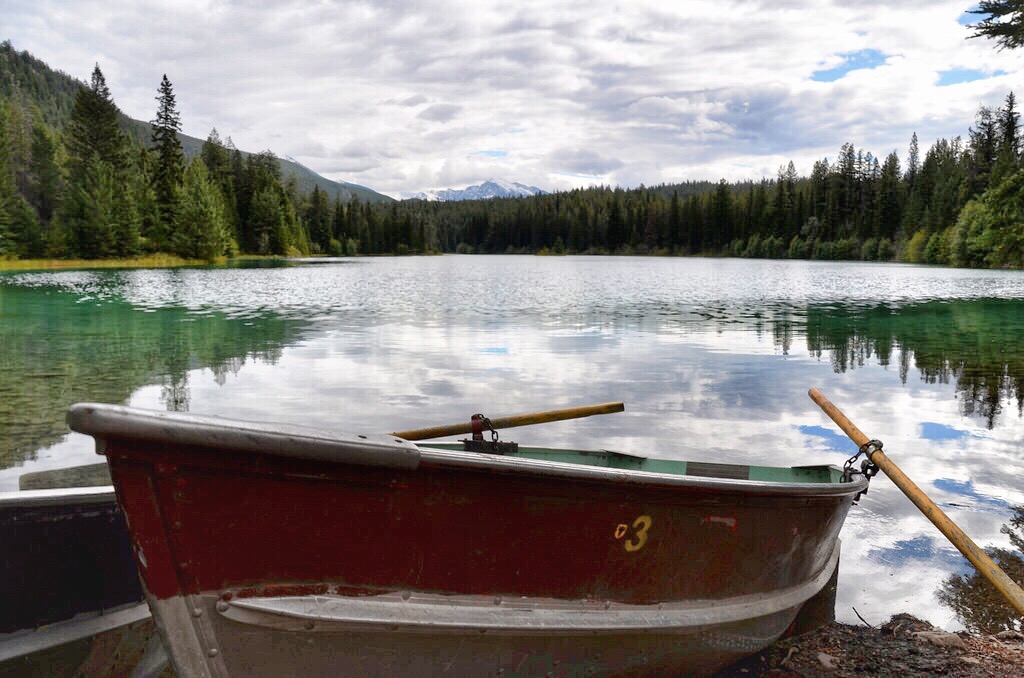 There are indeed five lakes, each in varying shades of green and blue. The colors are unlike anything I’ve ever seen in nature and come from the glacial rock dust that colors all of the lakes and rivers in the area, along with special algae and other factors. The instant I saw my first lake a broad smile crept up and stayed there, permanently affixed for the remainder of the hike. It was stunning, unlike any other natural experience I’d enjoyed before and no words or turns of phrase will do them justice. These lakes should grace the cover of every travel magazine out there; they should be on every Must See list and should be just as famous as any other natural wonder in Canada. It’s safe to say that embarking on the hike was a good idea.

Jasper National Park is not only one of Canada’s great natural treasures, but surely the world’s and that also means there’s a lot to see and do when you visit. Absolutely go see those more famous sights like Maligne Lake and the Columbia Icefield, but also include this great afternoon hike on your list. While not nearly as many people visit these lakes, that’s part of their charm and I guarantee that you’ll be as transfixed by their raw beauty as I was.