I have a sweet tooth and a pronounced one at that. For whatever reason I always gravitate towards desserts of all manner and shape when I travel and it’s because of that odd culinary proclivity that I thought I’d share a few of my favorite French desserts. France without a doubt is world famous for having perfected the dessert, from almost-too-delicate-to-eat cakes to more common street fare, they excel at anything which contains sugar. Personally, I tend to go for more simple desserts, and so generally that is what is in today’s post. I hope you’ve already eaten because if not, these French desserts will undoubtedly leave you hungry and looking for the closest French patisserie. 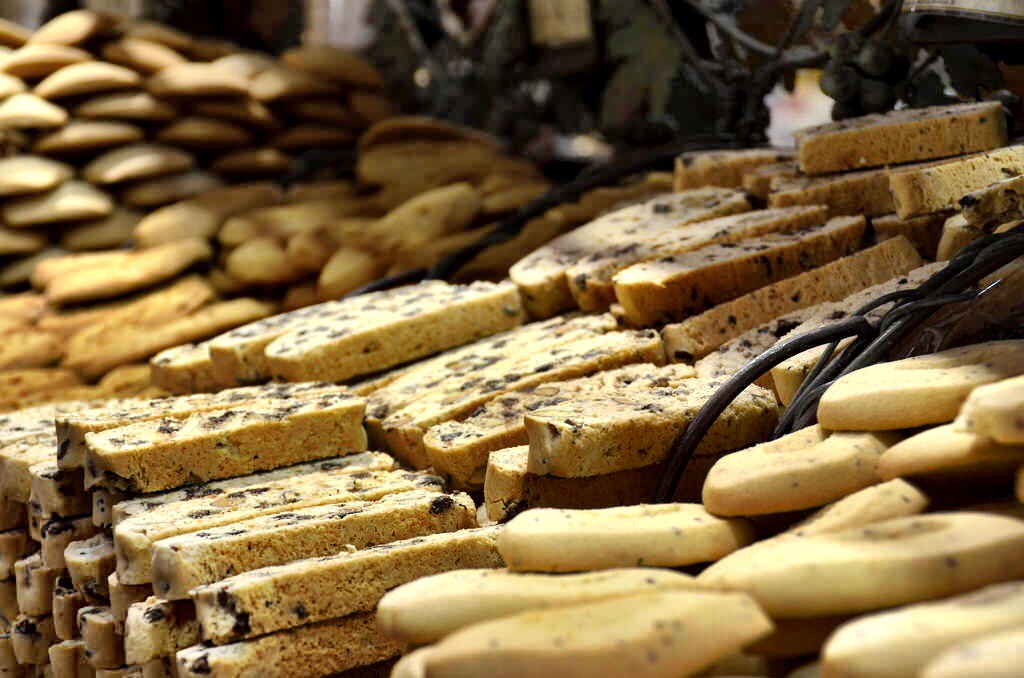 Throughout Europe we see any number of regional variations on foods in small towns and villages, from the many sausages in Germany to even cookies in France. These small communities were isolated for centuries but now that they’re easy to access, we can finally discover the small culinary peculiarities that make them so special to visit. In the tiny village of Les Baux-de-Provence, perched high on top of a mountain, I found a store that offered regional varieties of simple cookies. These too were available in a variety of flavors and looked like tea or coffee biscuits, perfect for dunking. Based on the number of people buying them by the kilo though, the minor differences that make them unique have also made them incredibly popular.

Perhaps an obvious choice for this list, this light-as-air cookie has become the latest dessert to make the global rounds. But it has a more grounded beginning, first baked in the town of Saint Emilion as a way to feed the poor, today it’s one of the most luxurious desserts in the world. Thanks to Parisian favorite Ladurée, the macaron has been introduced to dessert lovers around the world and you can pretty much find them anywhere. Be sure not to confuse them with macaroons though, which are heavier cookies made with coconuts and almonds. Available in a wide variety of flavors, it’s easy to find a macaron that you will quickly fall in love with. 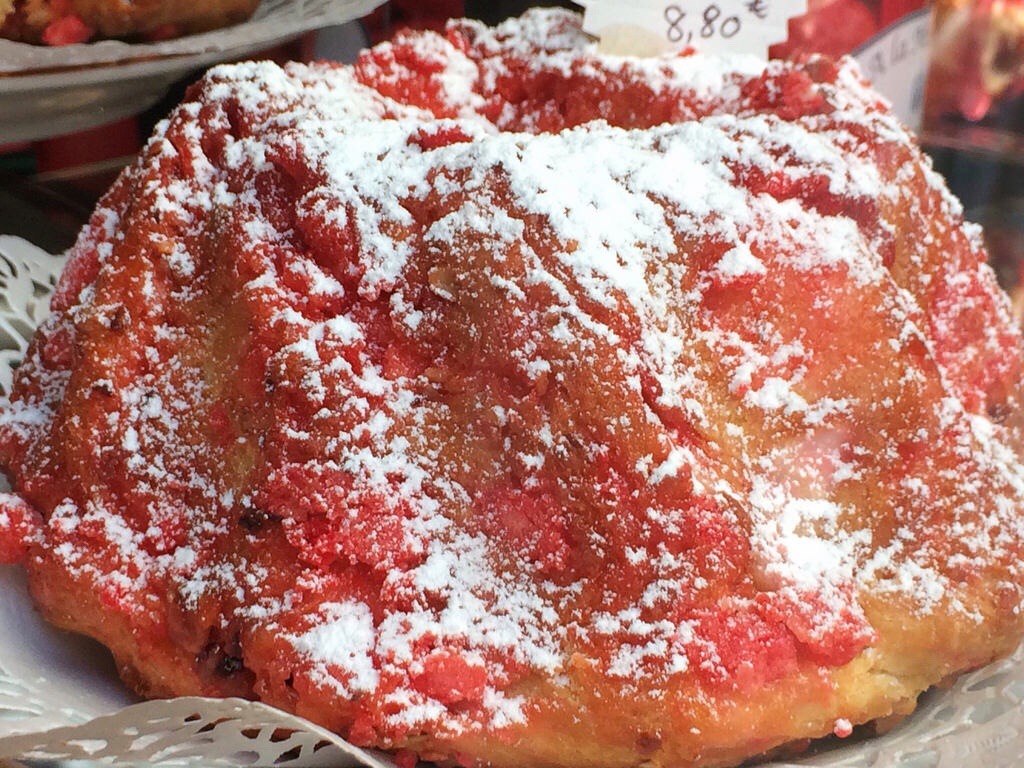 Around Europe, almost every region has a special pastry that is all theirs; a variation on something else or a tasty bite that’s totally unique. Pralines, made from almonds enrobed in cooked sugar and pink food coloring, are a specialty of Lyon and you can find them everywhere and in nearly every form imaginable. One that caught my eye in particular was a praline brioche, which is simply a delicious brioche covered with pralines. Sticky and sweet, it was the perfect guilty treat to finish out my traditional Lyonnaise food experience.

Along the Atlantic sits the city of La Rochelle, a favorite tourist destination for decades it’s also the home to the widely used ingredient fleur de sel. This regionally produced variety of sea salt has a delicate and unique flavor, making it a coveted ingredient by chefs around the world. In La Rochelle you’ll find this special salt included in almost everything, including a tasty fleur de sel caramel gelato I found one afternoon while strolling through the old town. While not French in origin, gelato is a favorite and of course is different from ice cream; it has less sugar and air and is softer and creamier than ice cream. Ideally made fresh every day gelato is a true culinary experience unto itself and when ingredients like the locally produced fleur de sel are used, there’s just nothing better. 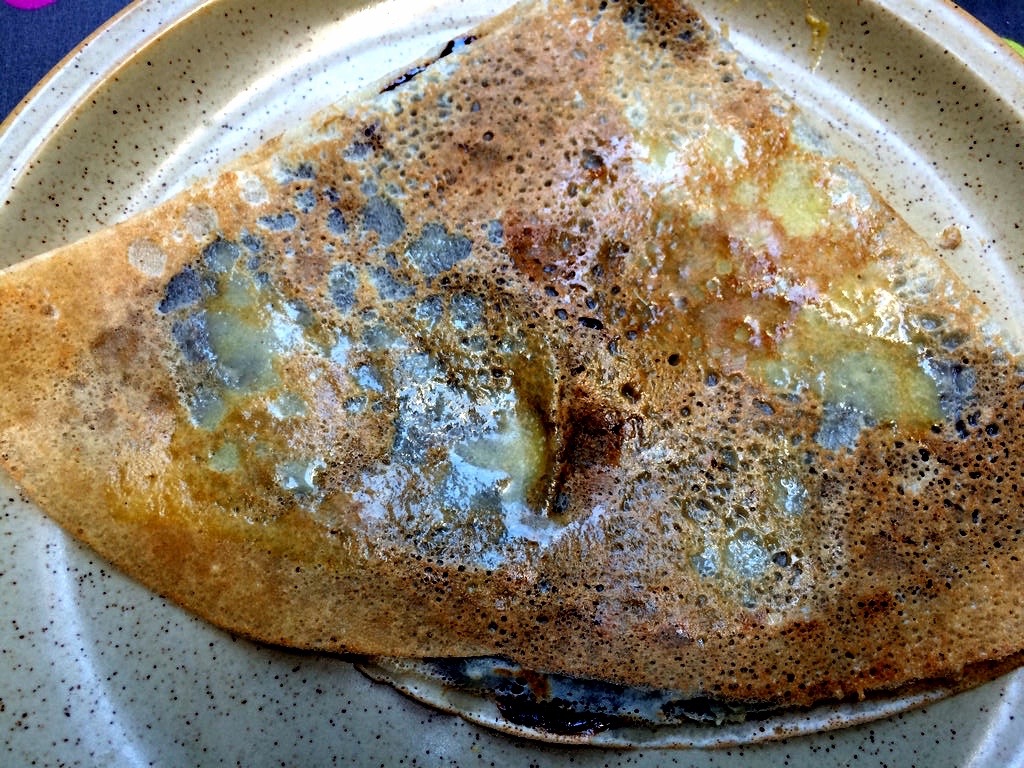 Another French favorite that has made the worldwide rounds, be sure to try the authentic version when you’re in France. Simply thin pancakes to which fillings are added, there’s no better snack when the weather starts to chill and you need a nice, warm treat. If I’m at a market or even just wandering around town and pass a real creperie or galette restaurant, I can’t resist stopping and ordering this classic along with a nice café au lait or espresso. Especially in the early afternoon, it’s a nice pick me up after a long day of sightseeing.

My favorite small cake anywhere in the world, I only first discovered them last year but since then I always keep an eye open for them wherever I go. It’s a small French pastry with a soft and tender custard center and a dark, thick caramelized crust. In addition to the standard version, I also recently saw a chocolate canelé while visiting Burgundy. Whichever version you prefer and wherever you find them, make sure to taste this special treat for yourself – trust me, you won’t be sorry. 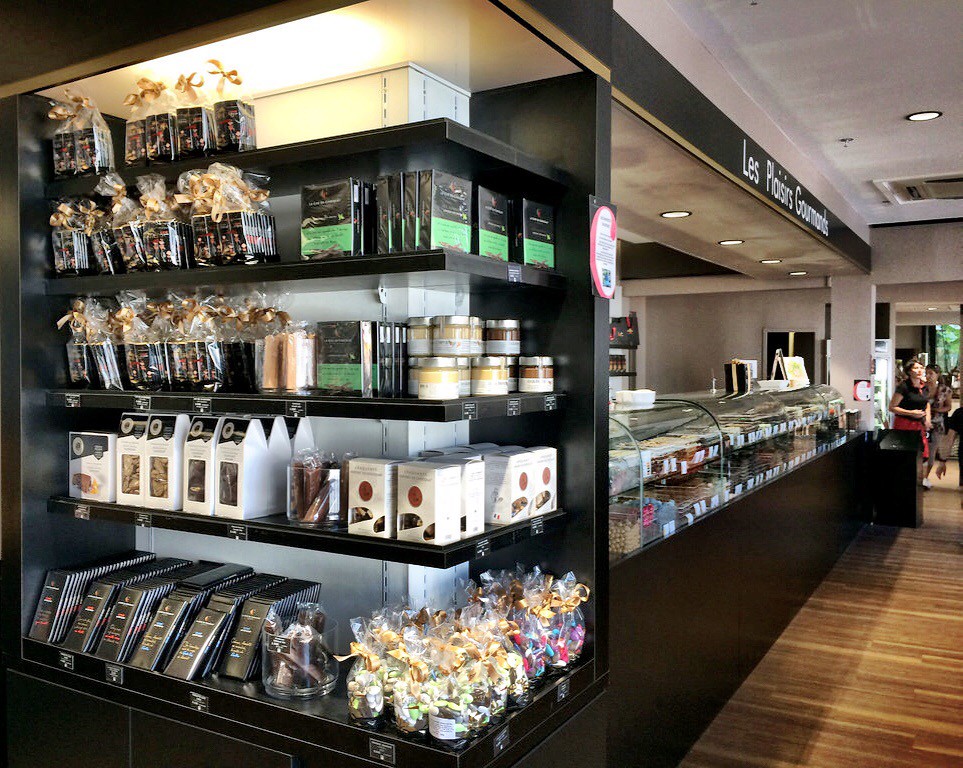 Like many people, I have long known of the premium chocolate maker Valrhona, but I was surprised to stumble upon their world headquarters in the small town of Tain l’Hermitage while on a river cruise in France. Long regarded as the best chocolate in the world, this is another French ingredient that fine dining pastry chefs around the world covet and with good reason. Using only premium ingredients, Valrhona produces confectionery, plain and flavored chocolate bars and bulk chocolate in bars or pellets. They also produce vintage chocolate made from beans of a single year’s harvest from a specific plantation. In Tain l’Hermitage you can visit their main store and pick up a few bars of this tasty treat for the trip back home.

Also found on my last trip through Provence and Burgundy, I noticed that almost every city, town and village had a variation on the old dessert staple nougat. An ancient recipe, in France you’ll usually find it made with honey, roasted almonds and any many of inclusions or flavors – from the basic to Nutella and everything in between. Usually served around the holidays, it’s now become an everyday sweet treat available either in small packages or purchased by the kilo for the more series nougat aficionados out there.

I first saw them in a train station in Brussels. We were about to hop on a train to spend the day in Venice and needed a quick breakfast. Always with a keen eye for chocolate, I saw the elongated pastry and was curious. Eschewing my normal order of a chocolate croissant, I decided to try it and a new love affair was born. Turns out the Pain Suisse, translated to mean “Swiss bread,” is a very popular pastry not only in Belgium and France but around Europe. It’s also fairly simple, it’s just a long pastry filled with cream and chocolate but for me it has come to define being in Europe and especially France. We all have certain traditions when we travel, and for me finding my first Pain Suisse of the trip means that my journey has truly begun; that I’m in a new and foreign place and for me it’s a very exciting feeling. Plus the snack itself is amazing; after all it’s hard to go wrong with a chocolate filled pastry. 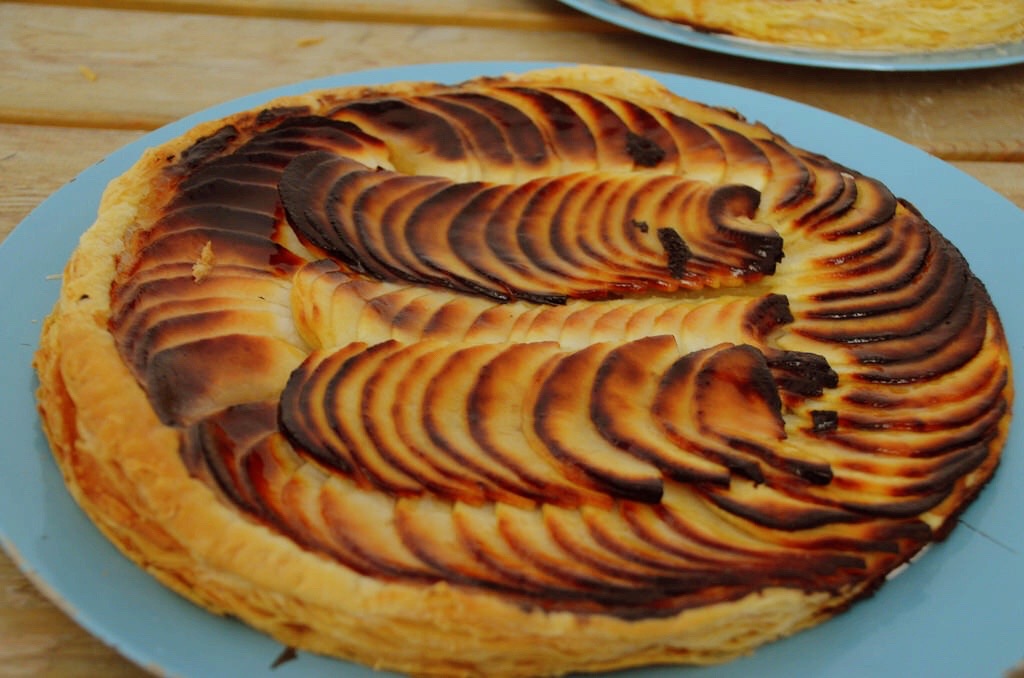 I want to end this post with a true French classic, the tarte aux pommes otherwise known as a Norman tart or apple pie. To call it an apple pie of course isn’t at all correct, the French tarte is a somewhat lighter concoction and is served in a much shallower dish than the classic American apple pie. It’s also simplicity at its finest, filled with apples, sliced almonds and sugar topped with creamy egg custard and then baked until the topping is slightly caramelized. You can find this in almost any bakery in the country, but the rural version I enjoyed in Burgundy was one of the best I’d ever had. Lunching at an ancient castle, the pie was made by the owners of the estate and presented with so much love and care that it was impossible not to love it immediately.

These are just a few of the many French desserts that I have come to love and look for over the years. What are some of your favorite French desserts?

2 thoughts on “French Desserts: Some of My Favorite Sweet Treats in France”