I recently wrote a post highlighting the history of the great American steakhouse, as told through the story of Ruth’s Chris Steak House. Earlier this year the folks over at Ruth’s Chris approached me and asked to partner on a project to not only share the history of this great American style of fine dining, but to also share some of the multicultural influences behind the restaurant’s now-famous menu items. As a traveler, I understand the importance of food when we travel. Food memories are oftentimes our strongest and a simple smell or a taste of a delicious snack can immediately transport us to another place and time. Ruth Fertel, the great entrepreneur behind the iconic steak house, was also influenced by world cuisine, although in a slightly different way. Today I want to take a brief look at a few of Ruth’s Chris well-known menu items and share the unexpected backgrounds behind them and how these signature dishes can transport us to other places as well, just as they must have Ruth herself. Ruth’s Chris Steak House has sponsored this brief series on my site, but my own research, thoughts and opinions are naturally entirely my own.

Ruth Fertel was born in Plaquemines Parish in Louisiana, a part of the state as influenced by the French as any other. Her family heritage was of Alsatian descent; a region in northeastern France close to both the German and Swiss borders. It’s an area that has historically seen a lot of transition, meaning that while French, the culinary history has also been strongly influenced by more Germanic customs as well. When Ruth’s family immigrated to Louisiana, they naturally brought this food heritage with them, changing it over the years to adapt to their new home in Louisiana. It’s this influence that would prove to be so important not only in Ruth’s life, but in several of the menu items she eventually selected for her famous restaurant. It’s an influence that doesn’t only speak of her French heritage, but how proud she was of her Louisiana background as well. 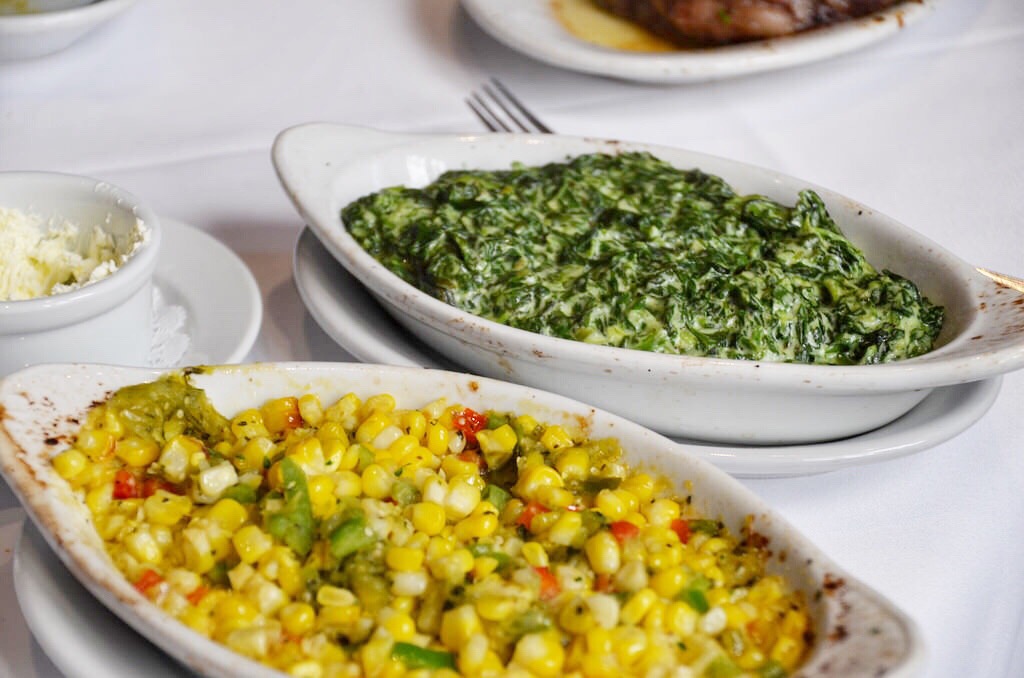 No Ruth’s Chris dining experience would be complete without enjoying a side order of creamed spinach. It’s become so iconic not only at Ruth’s Chris but at most steakhouses nowadays that we rarely stop to think why that is. Ruth’s family came from Alsace, which has considerable influence from its German cousins, including a dish called Rahmspinat. Essentially a variation of creamed spinach, early immigrants from not only Germany but neighboring countries as well brought this time-honored recipe with them when they crossed the Atlantic. Ruth’s version actually comes from a family recipe that she received from her Uncle Martin, a great cook who undoubtedly borrowed the recipe from his French-speaking mother. While delicious, it’s much more than a simple side dish and instead speaks to the wonderful culinary influences many areas of America have benefited from as a result of European immigration. 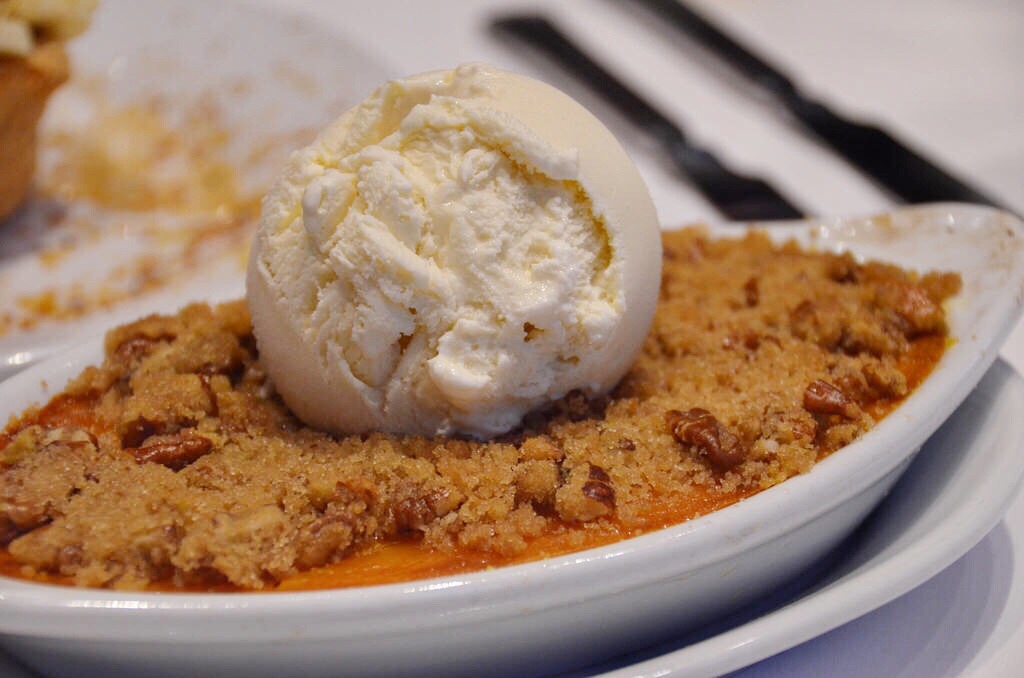 Sweet potatoes were amongst the earliest cultivated crops in the Americas, and were also one of the first foods Columbus introduced to Europe. Early in colonial history, sweet potatoes were incredibly popular and using an adapted recipe for a pudding dish, experts believe that the sweet potato casserole was created early on in our history. It’s also of course a staple of any southerner’s Thanksgiving Day table; no surprise since most sweet potatoes are grown in the southern states, including Louisiana. Drawing upon the robust culture of comfort food in New Orleans, no doubt the restaurant wanted to bring once again some home comforts to the politicians and important people of New Orleans who all dined at the restaurant.

While today Ruth’s Chris is a multi-national restaurant brand, we can’t forget about its beginnings in beautiful New Orleans and the menu certainly reflects that influence. One of the most important dishes inspired by the Crescent City is without a doubt the New Orleans-Style Barbecued Shrimp. For those who haven’t been to Louisiana, you may be surprised to learn that this version actually has very little to do with barbecue. Down in New Orleans, and throughout the state, Barbecued Shrimp are served sautéed in a special butter sauce that includes several tasty ingredients, including Worcestershire sauce and some locally produced Tabasco sauce for an added kick. I think that New Orleans has influenced American cuisine perhaps more than any other city, from inventing entire dishes to revamping old classics and this delicious starter is a great example of that culinary ingenuity.

When Ruth Fertel first started business, one of the items people loved most (aside from the steaks of course) was the classically prepared Crème brûlée. One of my personal favorites, Crème brûlée is simply an egg custard with a hard, toffee crust. First recorded in its French form in 1691, this now-classic dessert has always been simple but delicious. Of course, several other versions popped up in other countries including Spain and the UK, but no matter what its origins there’s no denying that this international dessert has a firm spot on the table of the great American steakhouse. More than just a nice addition, Ruth herself developed this recipe along with long-time friend Lana Duke by staying up all night one evening until she arrived at the perfect Crème brûlée.

I admit that I didn’t know a lot about the stories behind the Ruth’s Chris menu before I started researching, but the more I poked around the more I realized how very influenced by world cuisine it really is. More than just drawing upon the culinary traditions of other countries though, Ruth Fertel did something completely unique. She also intertwined a sense of what it means to be an American into the menu, to adapt and adopt seamlessly creating something both unique and delicious in the process.

2 thoughts on “Inspired By International Cuisine: Multicultural Influences on the Ruth’s Chris Menu”