A few months ago a restaurant that I’ve been patronizing for as long as I can remember – Ruth’s Chris Steak House – approached me about a project. They wanted my assistance in helping tell and share their story, and the story of the great American steak house, with the world and I was happy to oblige. I work with a lot of companies and destinations, but working with Ruth’s Chris is one of the best matches between a company and my own personality with which I’ve been fortunate enough to be involved. My admiration of the company and love for their food is very real, and a trip to Ruth’s Chris has been part of many important celebrations in my life. More than just the steak, I wanted to learn more about the history of the great American steak house and the important role that Ruth’s Chris has played in that evolution, and so one weekend I traveled down to New Orleans to trace the roots of both. I’m working in cooperation with Ruth’s Chris, but my own research and of course thoughts are entirely my own. 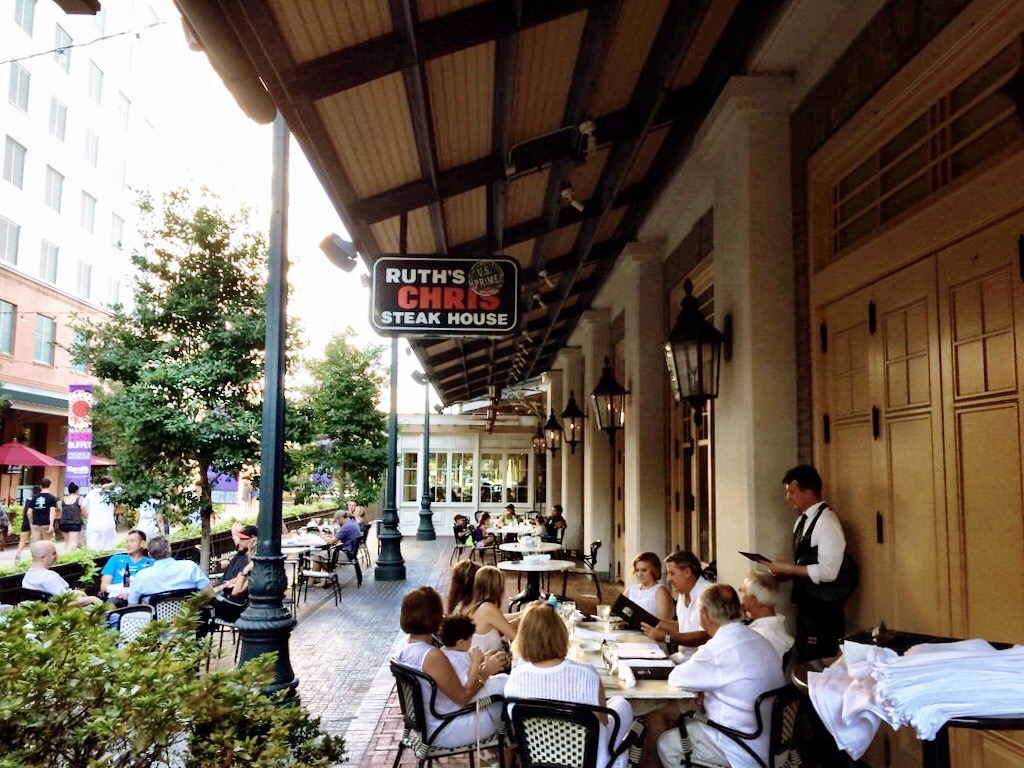 Like many of the great dishes now enjoyed around the world, New Orleans may not have invented the steak house concept, but they definitely perfected it. Restaurants in general, and steak houses in particular, can both be traced to the raucous streets of New York in the 1900s, but the phenomenon quickly spread and that expansion naturally included the great culinary city of New Orleans. More than just a meal, food is an integral part of life in New Orleans – perhaps more so than any other American city I’ve visited. And it’s always been that way; since the beginning the folks of New Orleans have been creating and recreating some of the world’s most iconic dishes including Oysters Rockefeller, Bananas Foster and even the concept of the cocktail itself. It was into this environment of robust foodies that Chris Matulich opened his steak house on Broad Street in 1927. Located near the New Orleans Fairgrounds Racetrack, the Chris Steak house was sold to a variety of buyers over the years, each of whom failed enabling Matulich to buy back the business each time. There was no parking lot, it seated only 60 people and was oddly located; not exactly a recipe for success. Everything changed for the Chris Steak House though in 1965.

Raised in the ebulliently named Happy Jack, Louisiana, Ruth Fertel was not someone you were likely to ever forget. Standing at just 5’2” and weighing only 110 pounds, what she lacked in stature she more than made up for in determination. Graduating from LSU at the tender age of 19 with a degree in chemistry, she had a fairly normal life until when in the early 1960s she found herself divorced with two sons to support. She needed a way to earn more money and when she saw an ad in the newspaper she was intrigued. She didn’t have any background in food or restaurants and against the advice of everyone, she borrowed $22,000, bought the Chris Steak House and opened business in 1965.

I learned all of this and more while on an unusual but well-done tour of New Orleans. The company Tours By Isabelle specializes in a number of local sightseeing options, but they also have a little known tour that follows the life and times of Ruth Fertel, one of New Orleans’ most celebrated residents. Incorporating the food history of New Orleans into the tour as well, it was a great way to learn the context in which Ruth started her extraordinary business back in 1965. I say extraordinary, because she changed a lot in the business world. She was a divorced mother of two who opened her own restaurant and employed other single moms to work as waitresses. In fact, at one time what became known as Ruth’s Chris was the only restaurant in New Orleans that employed an all-female wait staff. Things like this just didn’t happen in the 1960s, but everyone soon learned that nothing stopped Ruth when she had her eyes set on something. 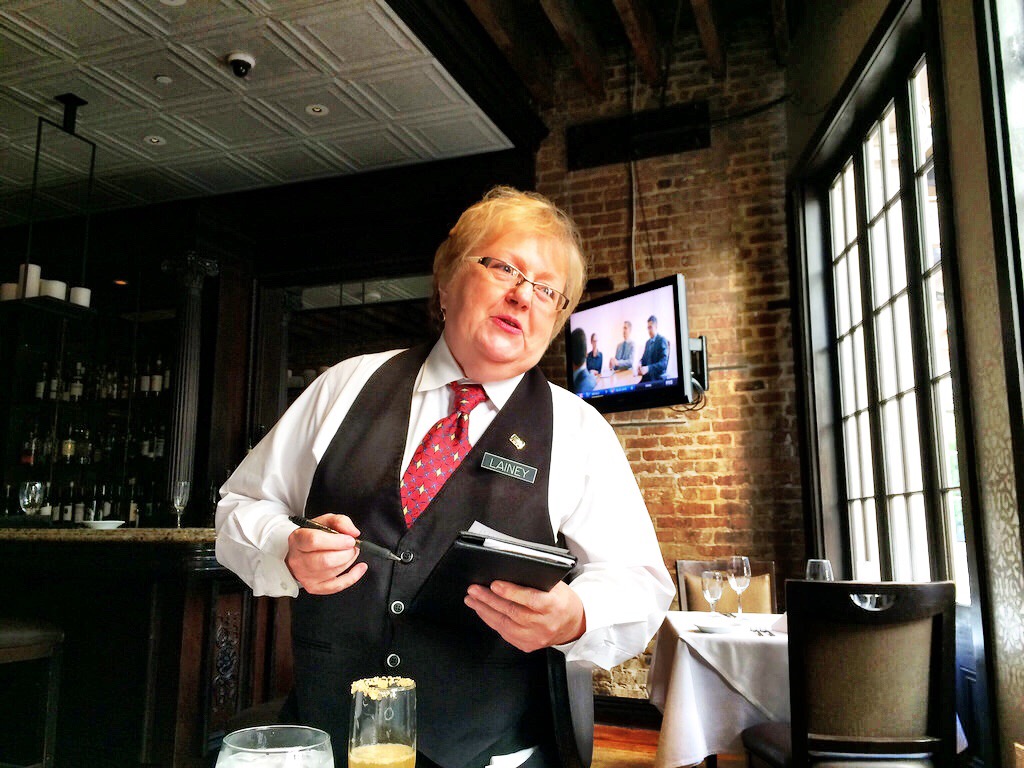 For many years Ruth worked doggedly on her business, employing people who needed the help because she knew that they would work hard. They called themselves the Broads from Broad Street, and more than just coworkers they quickly became family as former “Broad” and still current Ruth’s Chris waitress Lainey Love recounted to me with misty eyes over dinner a few weeks ago at the current Ruth’s Chris New Orleans location. She went on to share with me that Ruth did something no one else did, provide her waitresses with a good salary and benefits, so that when Lainey is finally ready to retire, she can do so knowing that she’s been taken care of. That’s remarkable even today and goes to show what kind of family Ruth created. It’s so much more than a restaurant as I learned from Lainey, it’s meant to be an extension of your home and Lainey was taught by Ruth that the key to great hospitality is simply treating people like they were guests in your own home.

Of course Ruth’s Chris is about a lot more than just its employees and the dining environment, it’s about the food as well. Steaks aren’t new in the history of American food, but Ruth wasn’t content to just serve up normal steaks. The USDA prime steaks at Ruth’s Chris are seared at a temperature of 1800°F and served on plates heated to 500°F. A dab of butter is added just before the plates leave the kitchen in order to create the signature ‘sizzle’. This sizzle has come to define Ruth’s Chris and as Lainey put it, she feels that their steaks are alive whereas other steak houses serve meals that seem so boring and bland in comparison. Great steak houses are as much about their sides as they are the steaks, and Ruth Fertel is to largely thank for this phenomenon. Drawing upon her family’s old recipes and local favorites, she used those homey classics in her restaurants including the now famous creamed spinach and sweet potato casserole. 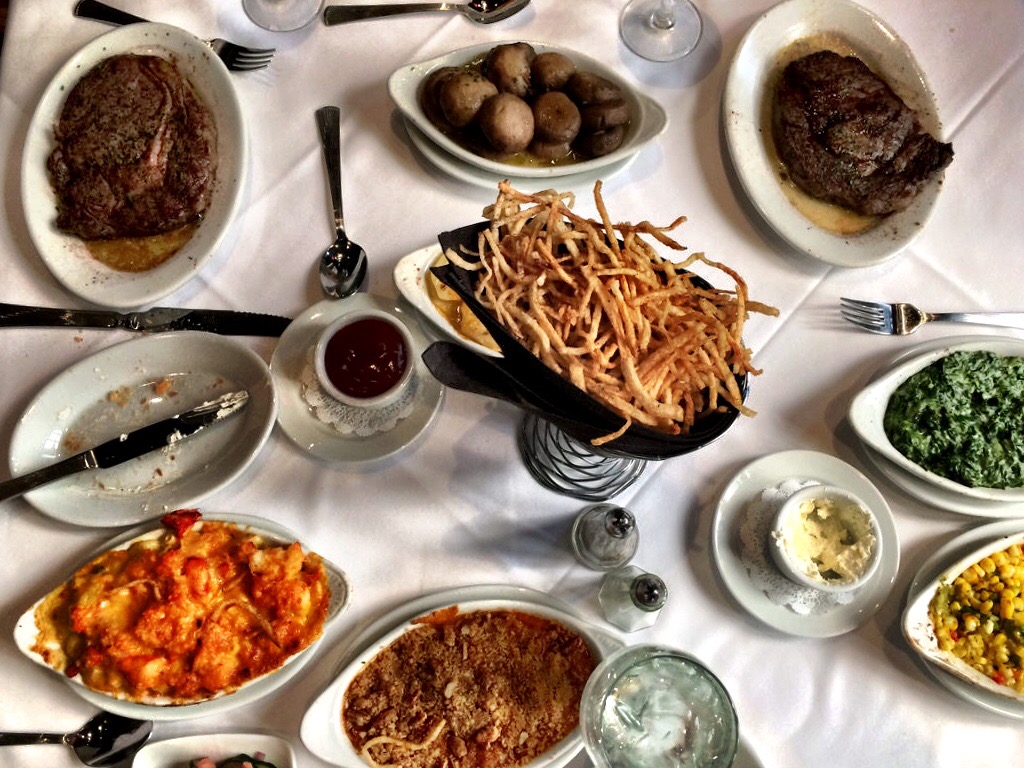 Ruth Fertel was content to just have her one restaurant on Broad Street, until a regular customer complained that he had to drive all the way from Baton Rouge to New Orleans just to enjoy the food. He begged her for years to allow him to open a second location, a franchise, until in 1976 she finally relented and the second location of Ruth’s Chris opened its doors. Since that time Ruth’s Chris has opened additional restaurants around the world, creating a first in the industry: a franchised, fine dining steak house. In the process though Ruth did something else far more important, she brought finely prepared steaks with a New Orleans twist to the world. Until then, you’d probably only go to a nice steak house if you lived in a major city like New York or Chicago, but thanks to Ruth and the company’s expansion through the 1980s and 90s, more and more people had access to this remarkable cuisine. It can be reasonably argued that not only did Ruth perfect the concept of the fine-dining steak house, but she also made it accessible to the rest of the world.

New Orleans has done a lot for both American and world cuisine. The city will occupy several chapters when the comprehensive history of American food culture is written, and Ruth has her own place in that proud Crescent City tradition. She defied all the odds and didn’t just succeed, but she thrived in what can only be called one of the great American success stories of the century.