I recently spent a week road tripping through Eastern North Carolina and along the way had plenty of time to visit some extraordinary small towns. Finding a small town anywhere in America isn’t a challenge, but what can be a challenge is finding communities that have retained their character over the years, while still providing enough for the casual visitor to see and do. The small towns I explored in North Carolina have managed to do both and while they are all very different from each other, they are each worthy of a visit and so I wanted to highlight them here today. 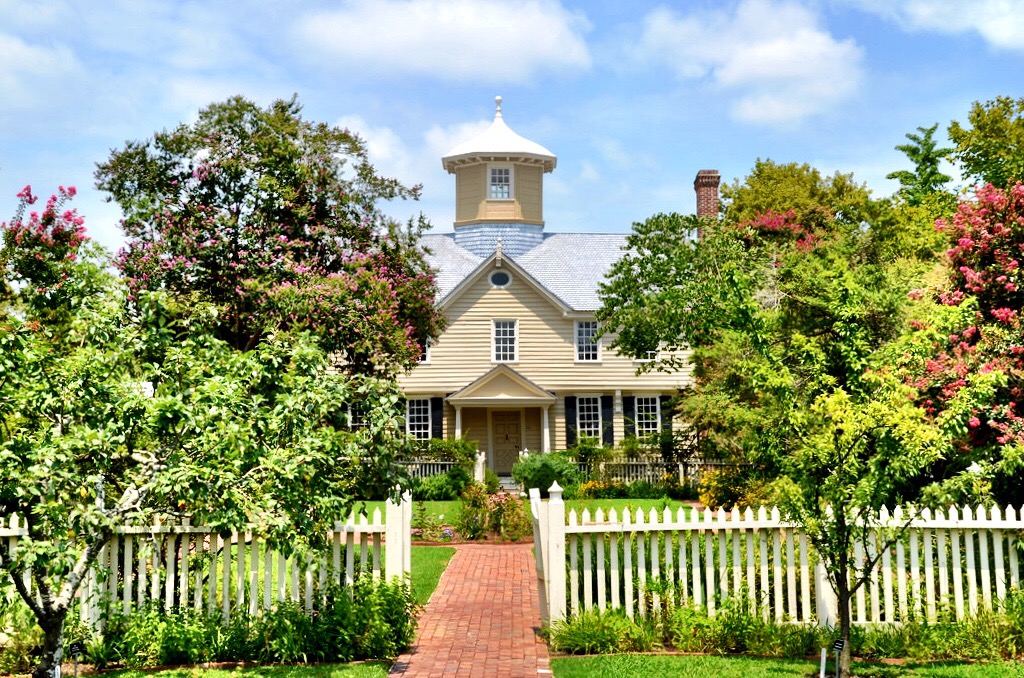 Frequently called one of America’s Prettiest Small Towns, Edenton doesn’t have to struggle to get noticed. The oldest community in North Carolina, it was actually an important city during the colonial era and vestiges of this proud past can be found throughout town. Unlike some other colonial towns and cities in the country, almost all of the original buildings and homes have been lovingly preserved in Edenton and in some cases, they’re even still owned by the original families. That means when you meander along the leafy streets of Edenton, marveling at the intricate design of the colorful homes, you’re not seeing a reconstruction or an image of what might have been – you’re seeing history itself. Of course Edenton has a lot more to offer than just some old buildings, its position along the Albermarle Sound also makes it one of North Carolina’s most picturesque towns. For whatever reason, I am always drawn to the water and that’s where I found myself almost immediately upon arriving in Edenton. The town’s unofficial symbol is a beautiful, 19th century river lighthouse – the likes of which simply don’t exist anymore. It was painstakingly moved to its current position after the Coast Guard decommissioned these once common structures, creating a new legacy for a town with plenty of history from which to draw. For a town of 5,000 people I was also shocked at the number of choices I had when it came time to eat. Restaurants and cafes line the small downtown core, and good ones at that. Twists on southern cuisine and a modern flair I’d expect to see in larger cities, but not perhaps Edenton. By the end of my day in Edenton, I found myself smiling a lot more. There’s just something special about those magnolia-filled neighbors and the light bouncing off of the water that make the town special. It’s as if a Rockwellian image of America came to life, a small town that shouldn’t exist in reality but thankfully does. 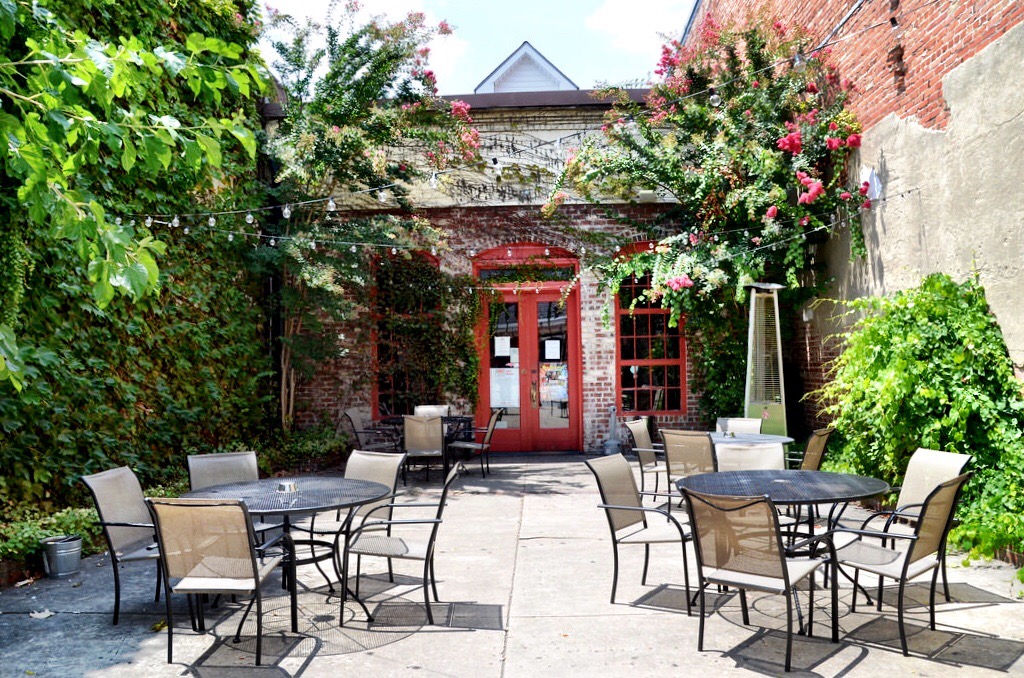 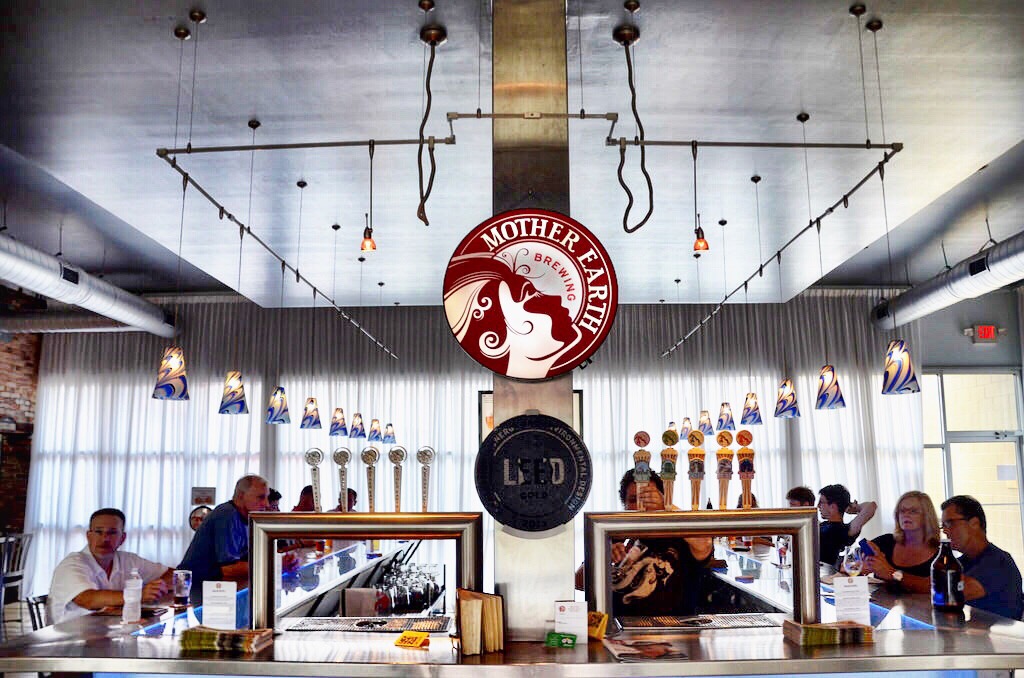 History hasn’t been as kind to Kinston as Edenton, but that’s all thankfully in the process of changing. In the mid-20th century, Kinston was THE place to be. A regional hub, the downtown was a hive of activity with every kind of shop you could imagine. Then the local industries disappeared, as happened throughout North Carolina, leaving Kinston unsure what to do next. But unlike some other communities that all but disappeared, the residents of Kinston refused to let that happen. They kept the town alive until, more recently, a massive redevelopment effort began. Creative and smart former residents of Kinston returned to their hometown and began changing the town in ways no one imagined. Today, one of the country’s best restaurants – Chef & the Farmer – draws thousands to Kinston every year, spurring a cultural renaissance. Spending the day there, I visited several modern restaurants serving up some of the best food I’ve had in a long time and I also wandered around the downtown area. New luxury hotels, stores, breweries, bars – you name it, and it’s either been built or it’s in development. But there’s also a keen appreciation for the arts and it’s this commingling of the creative and the business that is ultimately helping Kinston change the most. A public arts walk leads visitors past some incredible modern pieces and in development is a new kind of artists community; a place for creatives to live and work. I think it’s this latest iteration of life in Kinston that will help it change the most, ultimately transforming it into one of the most unusual small towns in the country. If you visit today, expect great food, friendly people and plenty to see and do to make your visit both fun and completely unlike anything else you’ve experienced before. 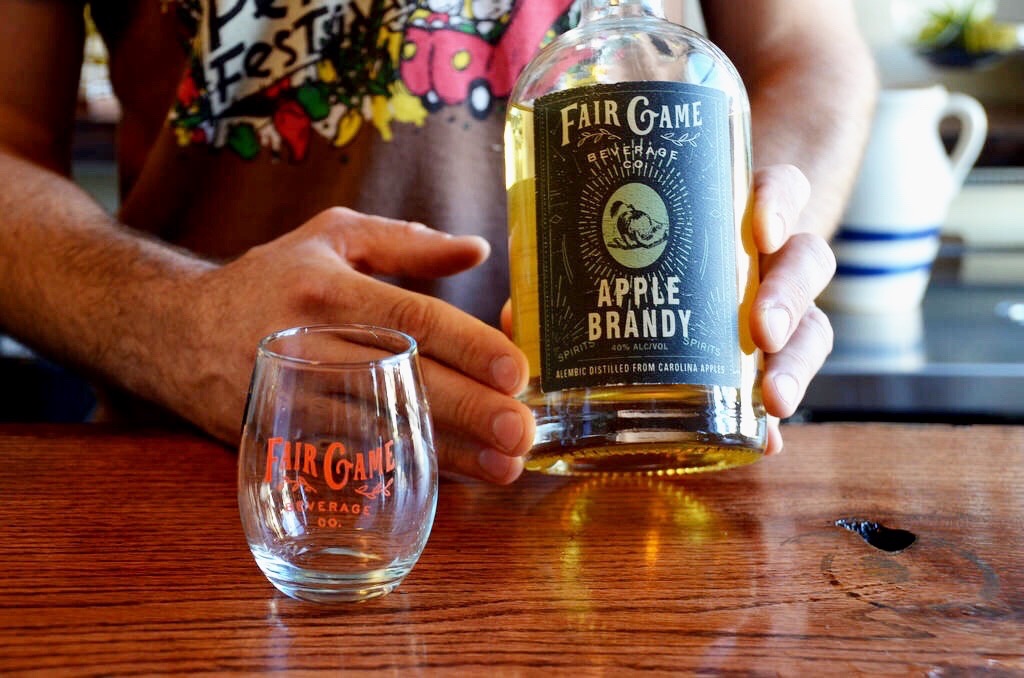 Not far from the large cities of both Durham and Chapel Hill is a smaller community, Pittsboro. One of the major trends I noticed throughout my drive around North Carolina was the focus on food. Not just the classic dishes we’d expect like BBQ, no, there are some incredibly talented people throughout the state who are reimagining the culinary experience in some places where you’d least expect it. I have a sweet tooth, and so one of my first stops in Pittsboro was at the main street staple, Phoenix Bakery. The owner never thought she’d be a baker, but maybe that’s what makes her donuts in particular so amazing. Ignoring convention, she bakes using mostly local ingredients and never adds anything you wouldn’t be able to find in a grocery store. She also bakes her donuts instead of frying them, creating a pastry that is delicious and completely unlike anything else I’d tried before. A short drive away is another creative establishment, the Small Street B&B Café. Part art gallery, part homey cafe, the menu here is entirely sourced locally, changes daily and is as creative as its owners and the bed and breakfast right next door. Creativity seems to reign supreme here, because a new type of winery opened its doors in Pittsboro not too long ago. The Fair Game Beverage Company creates both wines and hard spirits again using North Carolina, or regional, products. If you enjoy unusual small batch spirits or wines, definitely stop by their tasting room for some samples. The main reason why I was in Pittsboro though was to spend the night at the nearby luxury property, the Fearrington House Inn. A gorgeous Relais & Châteaux hotel/restaurant, this is pure rural luxury at its best. Spacious suites and a fine dining restaurant that easily ranks amongst the best in the country make a stay here something extraordinary. With Pittsboro an easy 10 minute drive away, it just makes sense to merge the two into a single weekend away you’ll remember for a long time.

Having grown up in small and medium sized towns, I have a particular affinity for them. But I also realize they’re not all made the same. Far too many have died a slow death, mere shells of their former glory. That’s why I was so happy to see these three communities in North Carolina that aren’t just surviving, but thriving.