Along the western edge of Germany’s famous Black Forest is the ancient and surprisingly fun to explore city of Freiburg. At least I was surprised, thousands before me have discovered the wonders of Freiburg for themselves, I was the one who needed some convincing and that happened almost immediately. Whether it was wandering the canal-lined streets of the old town or climbing to the top of the city’s mighty cathedral, visiting and touring around Freiburg was a highlight of my most recent foray into German culture and history. A personal favorite experience though wasn’t the views of the countryside or the museums and historical sights, it was the food. Food for many people comes to define our travel experience, whether we realize it or not. It’s also the fastest way to learn about a new city or region, as was certainly the case for me in Freiburg. The hub of the Breisgau region along the deep shadows of the Black Forest, food and wine has always defined this city and that proud culinary tradition lives on today, as I happily discovered. Here’s a brief look at just some of the many foodie delights I experienced during my time in this star of Germany’s southwest.

I have a fierce sweet tooth, so for me a big part of the foodie travel experience is discovering new sweet treats to enjoy. Luckily, Germany is one of those countries where that is a simple mission to achieve. I had a lot of great desserts, but one of the first I enjoyed was also one of the best. We have all heard of Black Forest Cake, but while in Freiburg I had the opportunity to watch a baker assemble one for me. Special tart cherry kirsch from the Black Forest is the only acceptable ingredient to add to the layers of chocolate, whipped cream and cherries that make an authentic cake and it’s not just a stereotype, the cakes are still popular locally. The baker told me that families wouldn’t think of having an Easter dinner without one, although it’s certainly popular throughout the year. As far as pastries go, I found many new examples of delicious baked goodness, from rolls with sugar and raisins to small puffs made with chocolate and granulated sugar. German bakeries are amongst the best in the world and Freiburg in particular seems to excel at this culinary art. 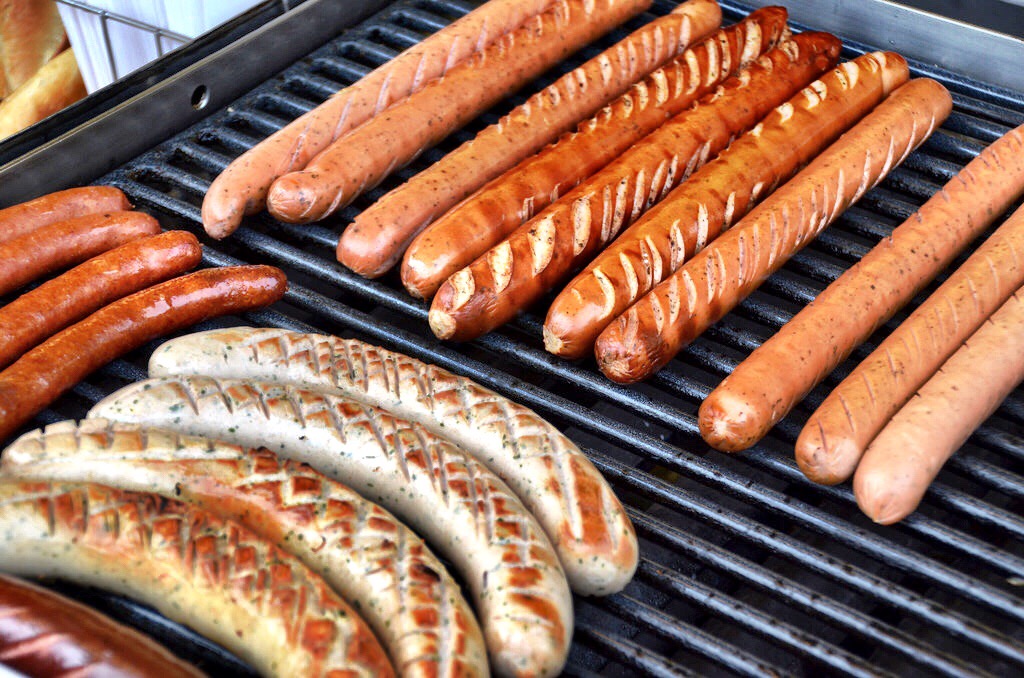 Naturally this can, and is, said about most German cities but it’s not the presence of great food and culture that is important, it’s what form they take that we should pay attention to. Surrounding the massive Freiburg Minster, the city’s cathedral, is a daily market that has probably been running for centuries. In the middle of town it is the perfect location, and it’s fascinating to consider the fact that we’re a continuation of that important tradition. Selling fruits and vegetables, flowers, toys and crafts there are also of course food vendors, and it was from one of their trucks that I found my lunch one day, a long red Freiburg sausage. Just about every town and city in Germany has their own special sausage recipe, and in Freiburg it’s a longer version that is served with grilled onions on a toasted bun and in my opinion is the perfect lunch on the go. There’s a little bit of everything available at the market though, making it the perfect spot to pick up a quick snack.

Not a big fan of vegetables, I could barely contain my excitement when I saw this unique item on the menu one sunny day in Freiburg. Wurstsalat literally translates to sausage salad, but can include any number of meats and cheeses. This isn’t a salad with meat on it, no, this is a salad almost entirely made up of delicious cold meats. A variety of cold cuts or sausages are sliced and then mixed with cheese, onions, vinegar, oil and pickles. The result is a tart and filling lunch comprised entirely of meat. An odd taste at first, especially since I don’t normally like pickles, I quickly got used to it and even found myself enjoying the meaty delight by the time lunch was over. My host told me it was a normal dish and indeed, looking around me I saw several other diners digging in to a big plate of sliced meats. It’s not something I’d have everyday, but was a great foodie find in a city full of them. 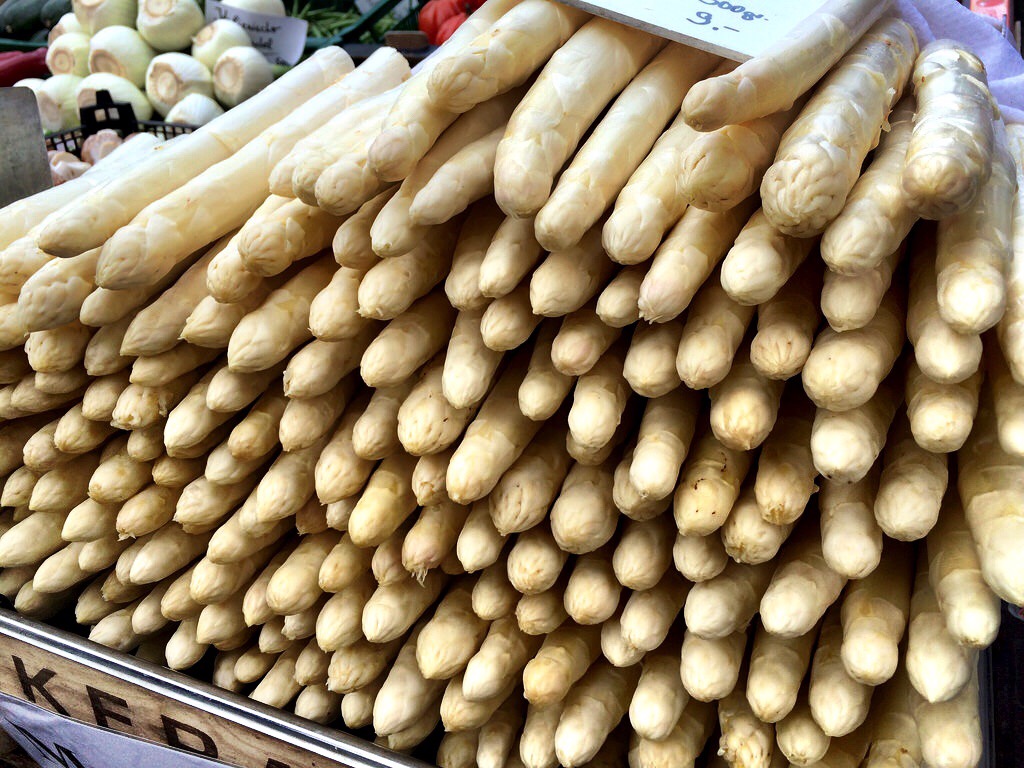 Having visited Germany during the springtime a couple of times, I have noticed an odd obsession with asparagus. Spargel, as it’s named in German, isn’t just something that is enjoyed when available seasonally, it’s a national obsession and that’s particularly true in Freiburg. Thanks to the warm and sunny weather in the area, all kinds of fresh produce are available, but when it’s spargel season (or spargelzeit – see it even has a name!) it becomes a no-holds barred contest to see who can create the best recipes using the freshest asparagus available. While we in the US prefer green asparagus, in Germany it’s all about the white variety thanks to its subtly different flavor and increased nutritional benefits. Here’s a fact that shocked me: Germans eat more than 70,000 tons of asparagus every year, which is about 2 pounds per person, every year. That’s a lot. While I don’t care for it, spargel was impossible for me to miss, seen at every market, restaurant and café I passed. Restaurants tried to outdo each other with their special asparagus menus in their effort to be the city’s go-to asparagus experts. It’s a little strange, but there’s no denying the importance of asparagus in the German food experience. 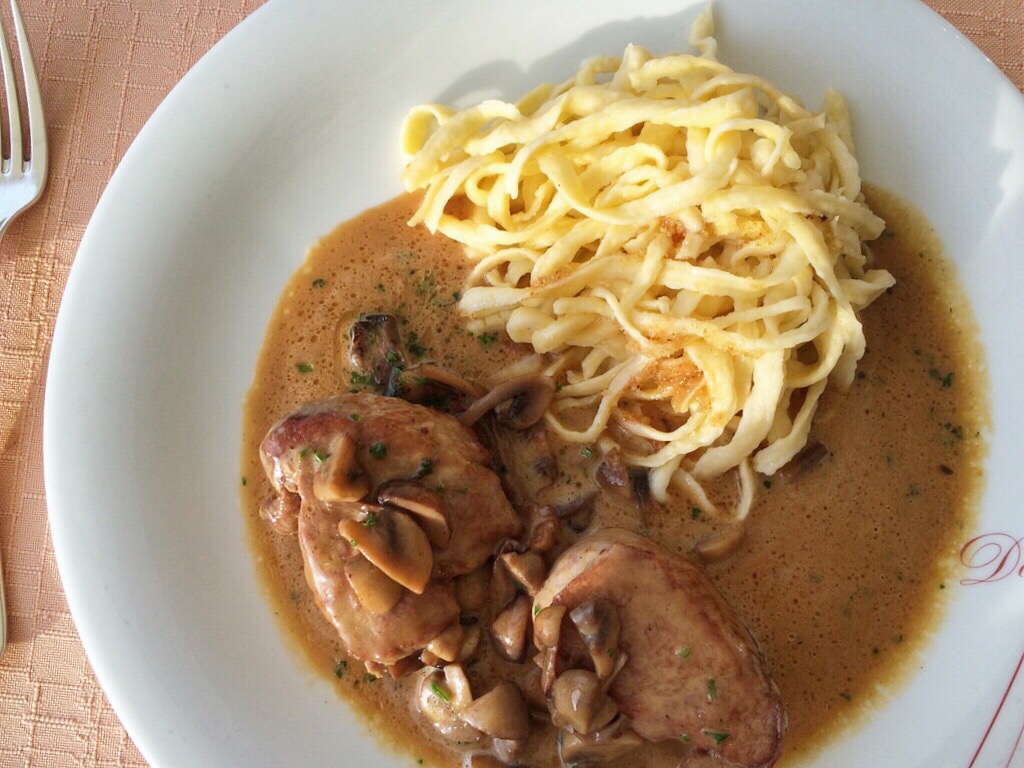 The state of Baden-Wuerttemberg, in which Freiburg finds itself, is known for many different culinary specialties, most of which are all highlighted in this post. But they also borrow from neighboring regions, like Schwabia as I discovered one evening eating dinner on top of Freiburg’s Castle Hill. The iconic Dattler Restaurant offers the best views in town and a classic menu to go along with the stunning scenery. Thanks to its proximity to the Black Forest, traditional game meats are popular, as is Black Forest Ham. I went with something a little different, a roasted chicken prepared with mushroom gravy and served with homemade spätzle (a soft egg noodle) all prepared tableside. The meats, sauce and noodles were all hearty, a regional trait, but delicious and it was easily my favorite meal in Freiburg. Spätzle originally came from Schwabia, but of course is now found throughout the country, and especially in Baden-Wuerteemberg. No matter what you get, be sure to try a classic dinner prepared in the old ways to better understand the rustic history of the area. 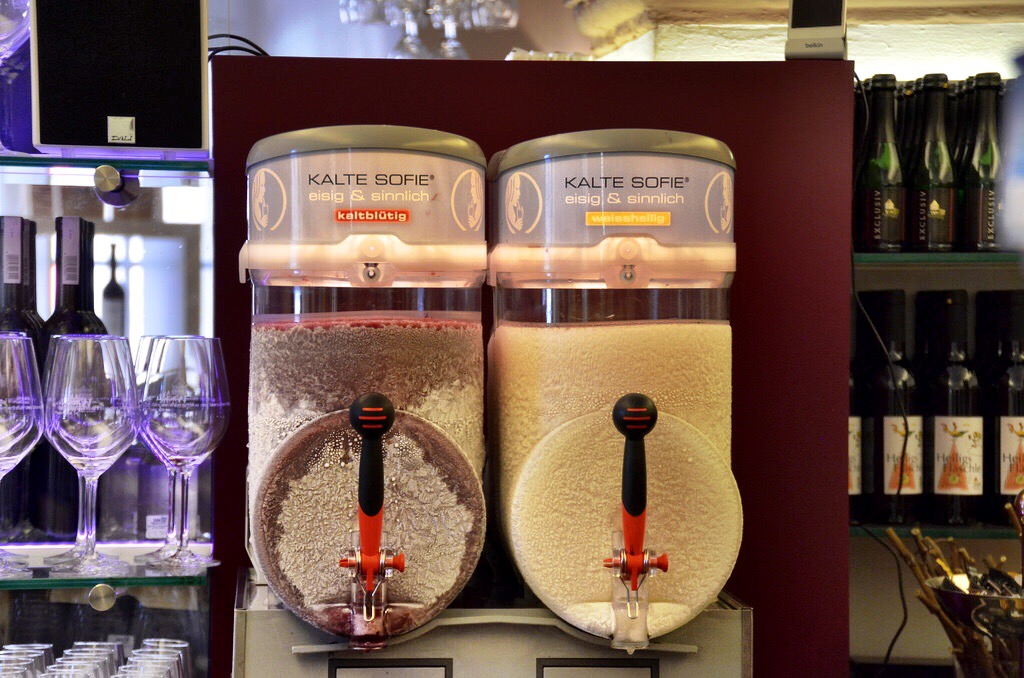 What do you do when you live in the sunniest and warmest city in Germany, in a region that is also world famous for its fine wines? You make a wine slushy of course, as the owners of the Alte Wache – House of Regional Baden Wines – figured out several hot summers ago. Named the Kalte Sophie, these icy treats instantly became a huge hit and are now a featured item. When you’re touring the old town, stop by the shop to learn more about the region’s best wines and grab a white or red wine slushy to enjoy on the Alte Wache patio, watching the people walk by on what will in all likelihood be a beautiful sunny day.

Food was the star of my time in Freiburg, and was so good that I’d return in a moment’s notice just to once again eat my way through this gorgeous city of the Black Forest.

Do you have a favorite German food?