When it comes to prejudging places, I’m guilty as charged. I think it’s something we all do though, whether we consciously realize it or not. We all have images or certain preconceived notions of almost everything in life, and that certainly extends to the travel experience. The key isn’t to arrive to new places with a blank slate, that’s just not possible or even advisable honestly, no, the key is to arrive with an open mind and the willingness to be wrong. Before first visiting the capital city of Queensland, Brisbane, I didn’t know a lot about the city, aside from the boring facts. It’s not a place I’d heard a lot about and I knew very few people who had actually spent any time exploring it. So, in my mind, it was just another innocuous city, like so many others around the world. The reality though was far different and this was one of those great moments when I was thrilled to be so very wrong.

Around the world there’s an international system of free tour guides called Global Greeters. In each city, volunteers lead visitors around their cities, showing them aspects of it that they think are most interesting. They aren’t professionals, they aren’t trained and may actually know very little but they all do have one thing in common – passion. A passion for their city and it is that passion which, hopefully, translates to the tour experience. I tried them once in Marseilles, France and the experience was so bad that I blame it for my dislike of the city. But when in Brisbane I decided to once again try this free guide service, and it was one of the best experiences of my time in Queensland. 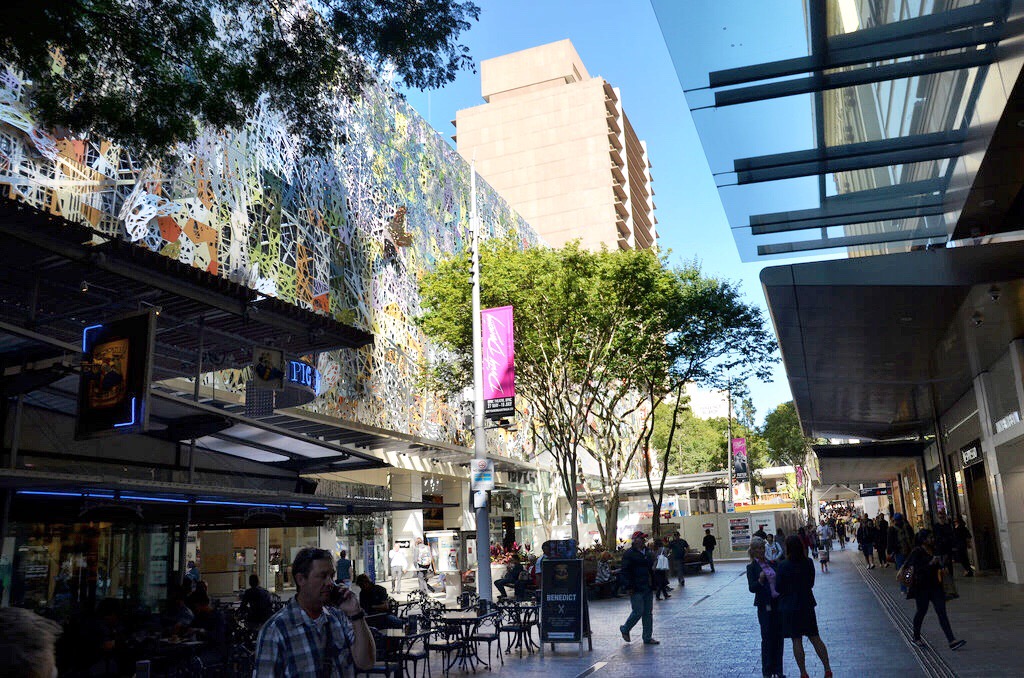 Anna is one of the most interesting people I’ve ever met. Her background is fascinating, slightly complex and her personality infectious. Right away it was clear that she has a fervent love of Brisbane and during the course of the few hours I spent with her, this passion was thankfully contagious. Of all the stories she shared though and all the places she took me, there were a few take-aways; observations about Brisbane in general that made me fall in love with this Australian city, observations that I want to share with you all today. 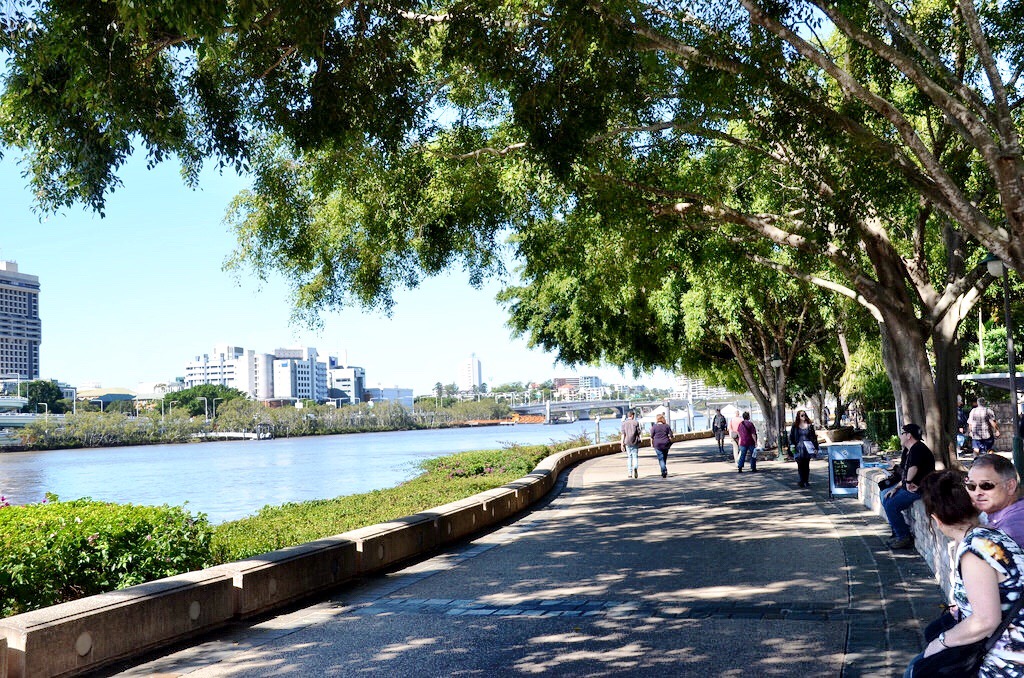 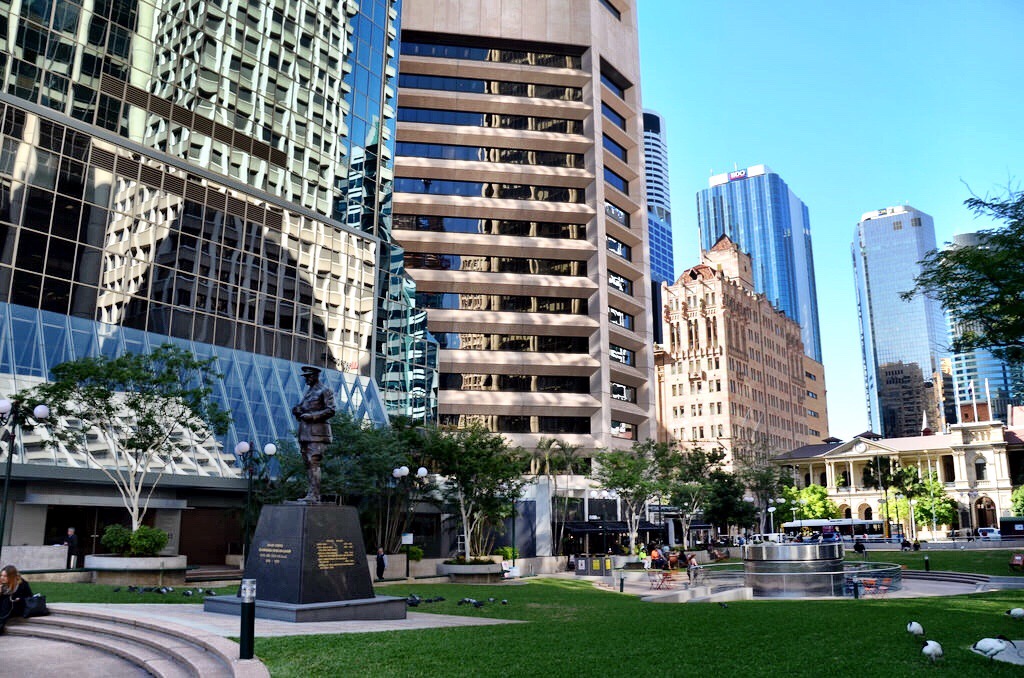 This sounds slightly inane, but hear me out when I say that Brisbane, the third largest city in Australia, is one of the most livable and resident-friendly cities I’ve ever visited. That’s saying a lot for a country like Australia, whose cities routinely rank in the top tier when it comes to judging the happiness of residents. I first noticed it when, after a couple of hours of walking with Anna, we hadn’t actually crossed a street. We ambled from one pedestrian-zone to the next, from park to promenade, enjoying the sights of the city without dealing with the typical city problems like cars and crosswalks. The city’s main pedestrian zone, Queen Street Mall, is a delightful circus of sights and sounds, restaurants, shops, cafes and people. It was the middle of the week and yet it was packed with folks out enjoying the wonderfully warm temperatures of a mild Queensland winter. But it was crossing the Kurilpa Bridge, and seeing the city from the Southbank that truly drove home just how nice Brisbane is to be in. The lengthy promenade was dotted with joggers and families and nearly every bench was occupied with folks enjoying the day. Brisbane is blessed with a lot of great weather, and everything about the city encourages residents and visitors alike to get out and enjoy that natural gift. Again, at the risk of sounding infantile, Brisbane is just a fun city to be in and sometimes that’s enough. 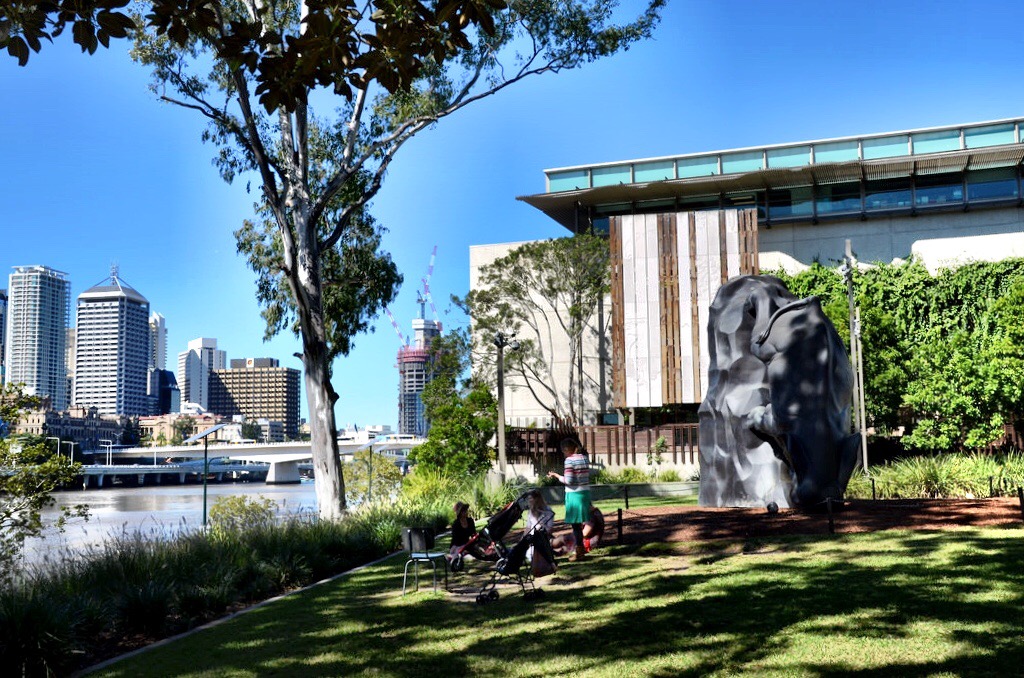 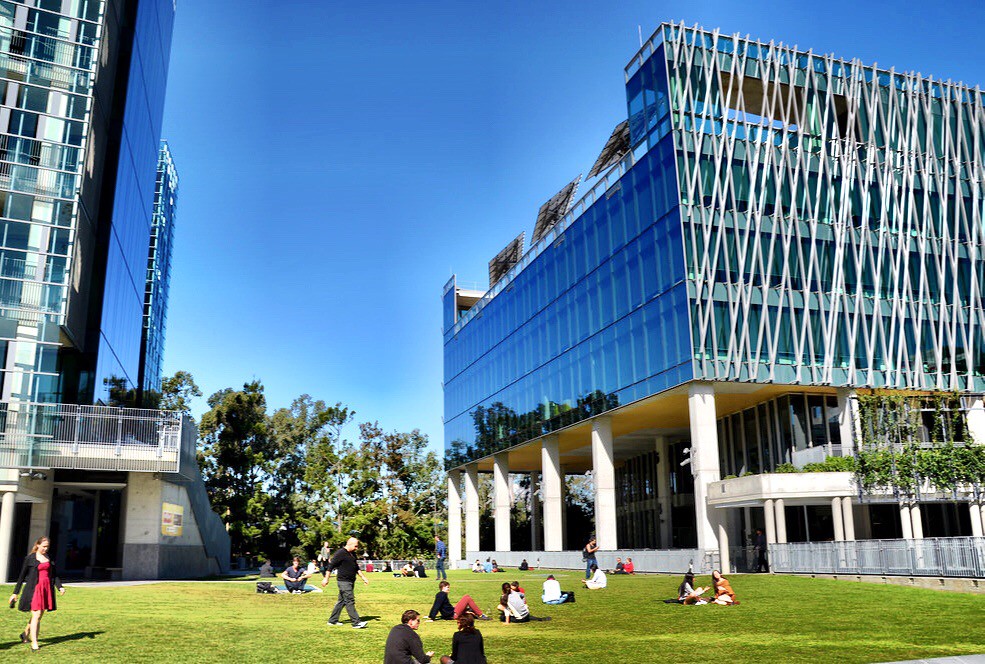 If you’re a traveler who loves to learn about a city through its cultural offerings, then you’ll love Brisbane. Maybe it’s thanks to the large university population or because it’s the state capital, but Brisbane has done a great job of creating interesting places for people to visit. The hub of this cultural activity is located along the Southbank and almost like Museum Island in Berlin here you’ll find museums and exhibits covering everything from nature and science to art and of course history. There are theaters and plays, a robust commitment to public art, but my favorite form of cultural travel is through food. What I think is perhaps the most underrated but interesting aspects of Australian cuisine is the high priority Australians place on coffee and café life in general. Throughout Australia, and especially in Brisbane, coffee shops are everywhere, some right next door to each other. This caffeine addiction has inadvertently created a relaxed café culture that I love. There’s nothing better than ordering a flat white or a long black and some cake, and spending an afternoon outside watching the world walk by. And in Brisbane, there are enough quirky personalities to make this a fulltime job. 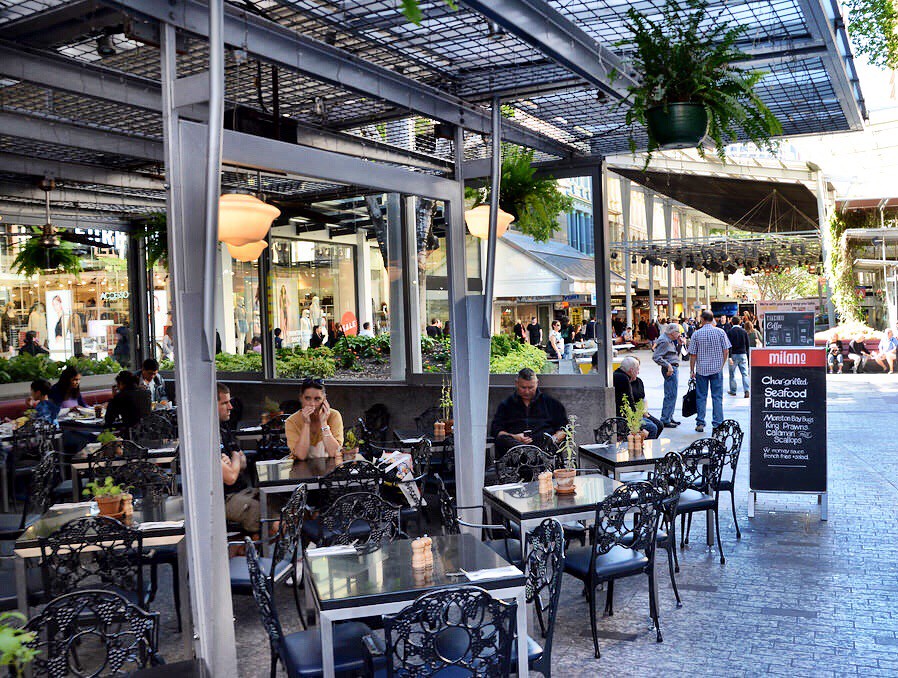 Not a Pass-Through City

I’m not basing this on actual facts, which may be a problem, but it is my intuition that tells me that the average tourist to Queensland does not spend a lot of time in Brisbane. Who knows, maybe I’m wrong, but I don’t think so. In chatting with people it seems to me that it’s more common to pass through Brisbane en route to the Gold Coast or perhaps up to the Whitsundays, Hamilton Island or the Tropical North. All of those places are great and should be seen, but so should Brisbane. It’s so easy to build in a day or two extra and spend them exploring the city, relaxing and learning and getting to know not only the city, but the state and ultimately the country in a way that’s hard to replicate. Plus, where else can you enjoy a delicious dinner outside along the riverfront, wearing shorts and a t-shirt in the middle of what is technically winter? It doesn’t get much better than that.

Have you been to Brisbane? What did you think?

4 thoughts on “Brisbane – An Aussie City That Surprised Me”