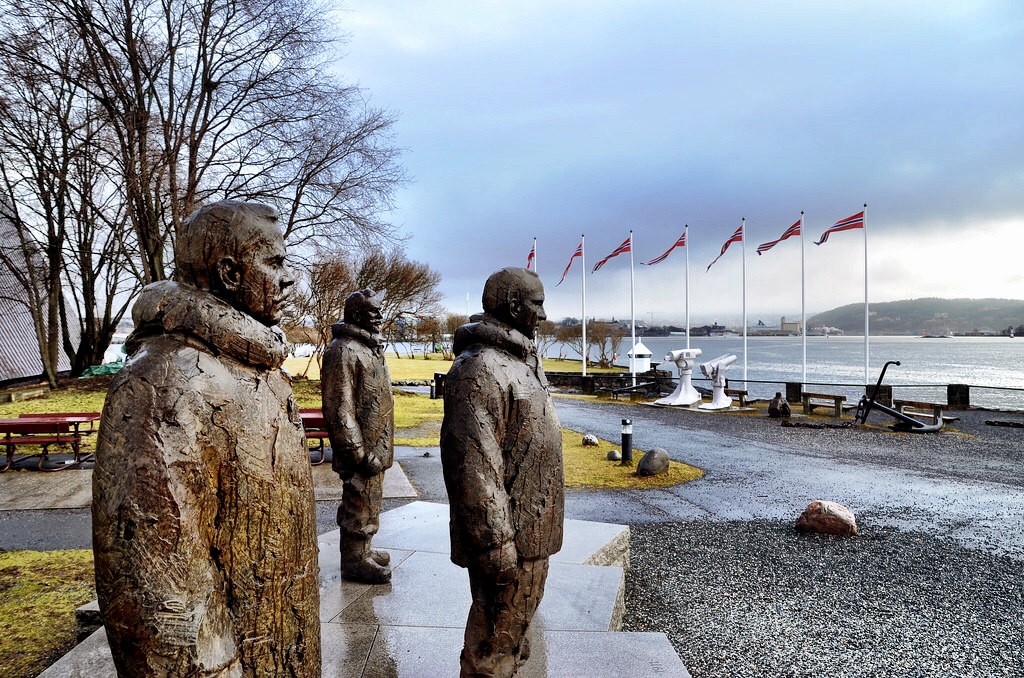 I had long anticipated my first visit to Oslo; it was a city that I just knew I’d love. And for the most part I was right, the capital of Norway has a lot going for it and spending a couple of days exploring it before heading north to the wilds of rural Norway was a great counterbalance. Instead of visiting the normal museums though, I wanted to go further afield and made a point to seek out and tour a few popular, but quirky museums in Oslo. It was a great day of exploration and learning and I hope my experiences get you excited for your own Norwegian travel adventures.

Notes: These museums are all fairly close to each other located on the peninsula of Bygdøy in Oslo. Since I stayed in downtown Oslo, I used the comprehensive public transportation system to get out there; an easy and painless experience. Once there I actually walked to each of the museums, which makes sense since the Fram and Kon-Tiki are next to each other, but the other two were more of a hike so you may want to take the bus to visit them. 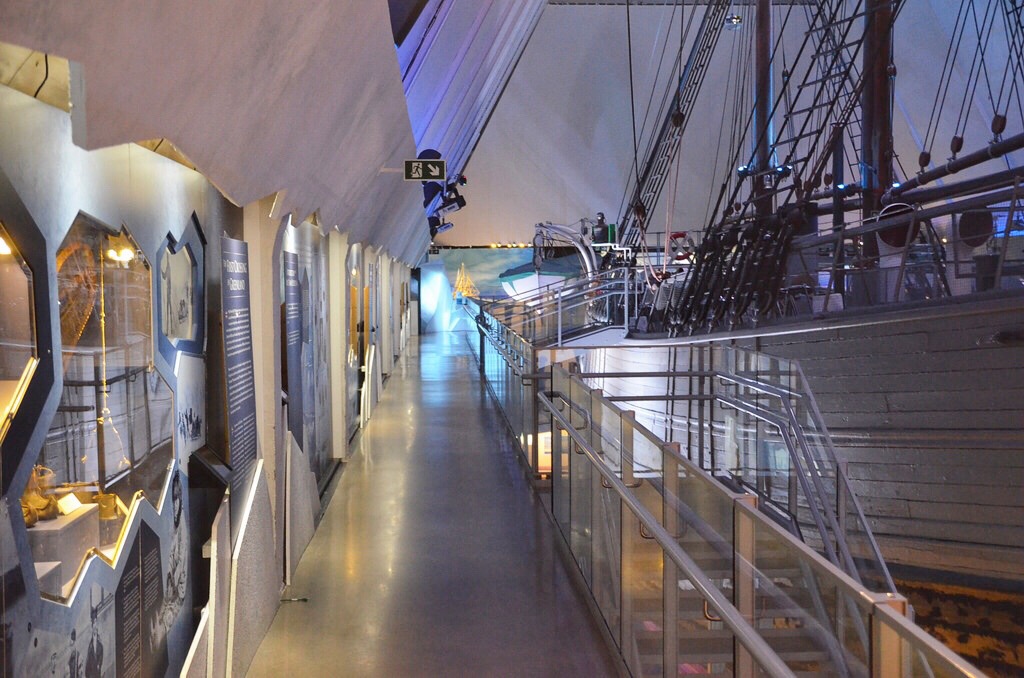 It doesn’t take any great or worldly knowledge to realize that Norway’s history is linked with the sea. Since well before its Viking days to the modern era, Norwegian culture in inextricably intertwined with the ocean, ships and boatbuilding. One of their greatest stories, and there are many, is the adventurous history of the remarkable ship known as the Fram. Never heard of it? Don’t worry, neither had I, but I had read about the famous Norwegian explorers who were amongst the first to visit some of the most remote places on the planet in both the Arctic and Antarctica. The Fram is the ship that was used in expeditions of the Arctic and Antarctic regions by the Norwegian explorers and which is today, thankfully, preserved inside the Fram Museum itself. I visited on a Tuesday morning in the middle of March, so I wasn’t surprised to see that I was quite literally the only patron at the museum. That suited me just fine as I took my time to tour the well-interpreted museum sharing the story not just of the Fram itself, but of man’s exploration of the most remote and dangerous places on the planet. Having been to Antarctica myself, it was fascinating to read about the exploits of those who first visited the 7th continent, ultimately making my own leisure cruise there possible. This is a fun, slightly quirky museum that has tons for kids to do as well, so don’t worry about any member of the family getting bored. 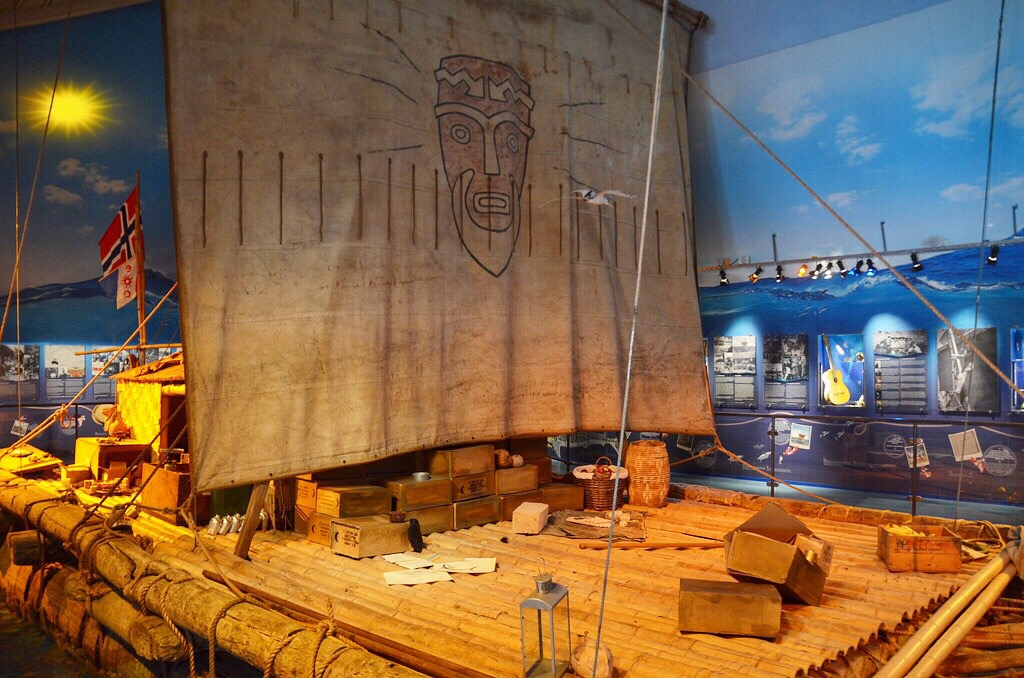 One of the strangest expeditions ever undertaken, the story of the now infamous Kon-Tiki is known around the world. But it all started with one slightly outlandish idea by the famed Norwegian adventurer Thor Heyerdahl. If you’re not familiar with the story, in 1947 Heyerdahl and his crew sailed by raft across the Pacific Ocean from Peru to Polynesia in an effort to prove the theory that people from South America populated Polynesia in pre-Columbian times. Using only materials and methods available to ancient South Americans, the journey took 101 days but they did eventually make it, proving that technically it could have been done. Scientists have since debunked this theory, but it’s not the anthropology that makes the Kon-Tiki such an exciting story. It’s the adventure of it all that has fascinated people since the first day of Heyerdahl’s expedition. As humans, that spirit of adventure and discovery appeals to us on a very base level and in an era when such experiences seem impossible, Heyerdahl proved that the world still holds many mysteries for us to discover. The museum captures this spirit and tells the story well and is probably the only place in Oslo where you can buy Hawaiian print shirts. 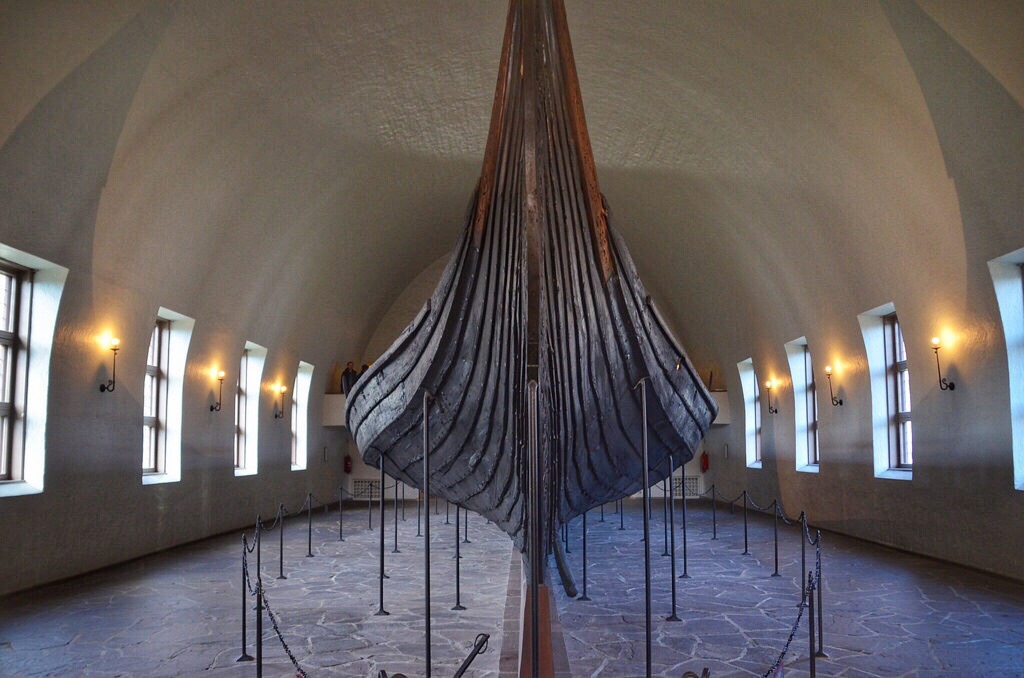 The legacy of the Vikings doesn’t only touch the modern day history of Norway, their rampaging ways sent reverberations through history that can be felt all over Europe, and even into the Americas. The Viking era was a fascinating one, and more important than most people probably realize. But sadly a lot of their history and even traditions have been lost to time, which is why the relics found at the extraordinary Viking Ship Museum are so very important. The museum itself holds several, completely intact Viking burial ships as well as a collection of grave goods from various archeological finds. These extraordinary ships were found in situ, just as they were buried more than 1,000 years ago, and they offer an unparalleled look into Viking culture and traditions. Walking into the massive, simple hall of the museum the feeling was more of a church than one of the world’s most unique museums. And rightly so I think, given that most of what is housed inside all comes from ancient burial mounds, the final resting place for our Viking ancestors. It doesn’t take long to tour the museum, but is well worth it to see these amazingly intact Viking ships, a glimpse into the past you won’t find anywhere else in the world.

I originally hadn’t planned to visit this particular museum, but my tour guide a day earlier told me it was a “must-see” and since it was close to the Viking Ship Museum, I figured why not go? I’m glad I did too, although I didn’t allot nearly enough time to visit this expansive property. So much more than a museum, this is a collection of buildings, structures and even an entire town; all emblematic of Norway’s cultural and architectural history. The museum began life back in the 19th century, with the collection of the Norwegian king. Today it’s one of the best open-air museums in the world and is home to 150 buildings relocated from towns and rural districts all around Norway. Everything from a 13th century stave church to a 1950s gas station; all of the preserved structures are meant to tell a story and altogether, to share the history of Norway through its culture and traditions. My favorite aspect of the museum though is the three-story apartment building that used to sit in downtown Oslo. Today, each room of the building shares a different era of apartment living in Norway, from the 19th century to today. You’ll see what people of each generation used as they went about their daily lives, from 1950s housewives to immigrants who moved to Oslo in the 1970s and 80s. It’s one of the best ways to share the cultural history of a country that I’ve ever seen and my only regret is not having enough time to spend there.

Oslo is an extraordinary city if you love great museums and while there are plenty of “normal” art and history museums, it was the quirky museums in Oslo that I enjoyed most. No matter where your interests lie though, make sure to carve out enough time to sample just a few of these extraordinary museums in Oslo.

Where are your favorite quirky museums?

1 thought on “Quirky Museums in Oslo I Love”