One of the top travel destinations in the world, many people are at least familiar with the major ancient sites found on any trip to Egypt. The Great Pyramids, the Valley of the Kings and even Abu Simbel are all etched upon our collective consciousness, begging for us to visit. Egypt is a big country though and the ancient Egyptians were prolific builders, meaning there are hundreds of temples and ruins around the country ready to welcome tourists with open arms. Of the many places I visited in Egypt on a tour with Insight Vacations, other than the major sites these five quickly became my favorite ancient Egyptian sites but since I hadn’t heard of them before my visit, I bet they’re new to you as well. 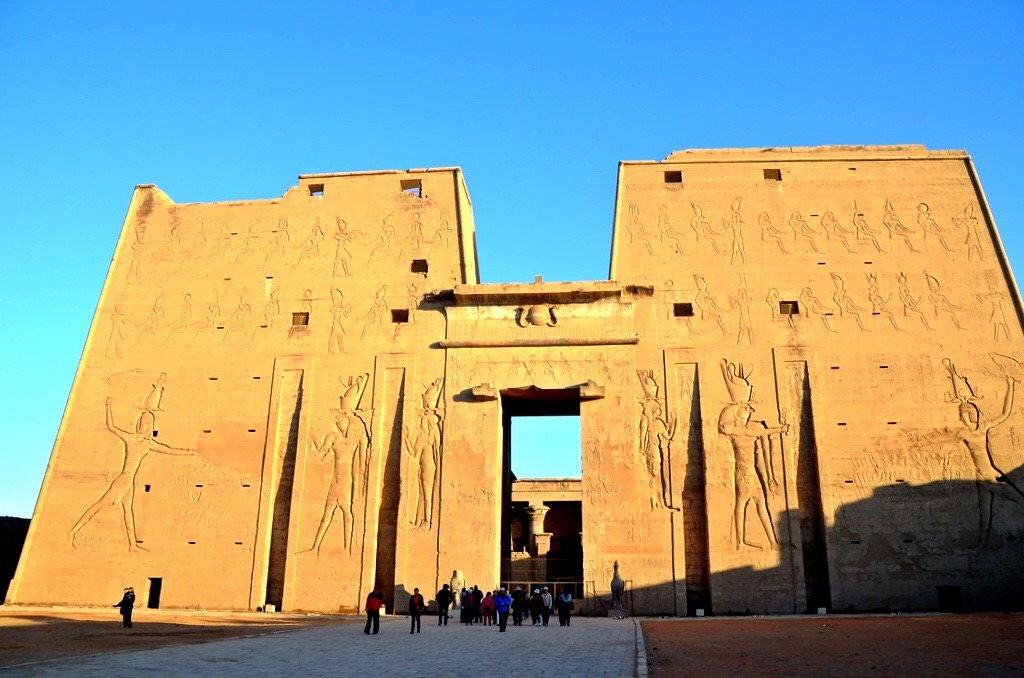 It may sound odd to have a favorite Egyptian god, but after a week wandering around Egypt I for seem reason came to appreciate the statues of Horus. Maybe it was the aquiline beak of the falcon-god or maybe something else entirely, but if I had any doubts visiting the Temple of Edfu dedicated to the god Horus confirmed my affinity. One of the best preserved temples in Egypt, this 2200-year old masterpiece was hidden beneath sand and silt, like so many others, until the 1800s when European archeologists freed the massive complex from the mire. Thanks to this entombment the temple is amazingly complete and it’s easy for visitors to walk around the temple courtyards and inner sanctums and really begin to feel like they understand the ancient Egyptians. It’s a remarkable feeling, to stand in a room 2,000 years old and still be able to sense the priests and worshippers who once filled it. For years I’ve read about ancient Egypt, but it wasn’t until I stood in temples like the one at Edfu that those hollow words on a page began to have life and meaning 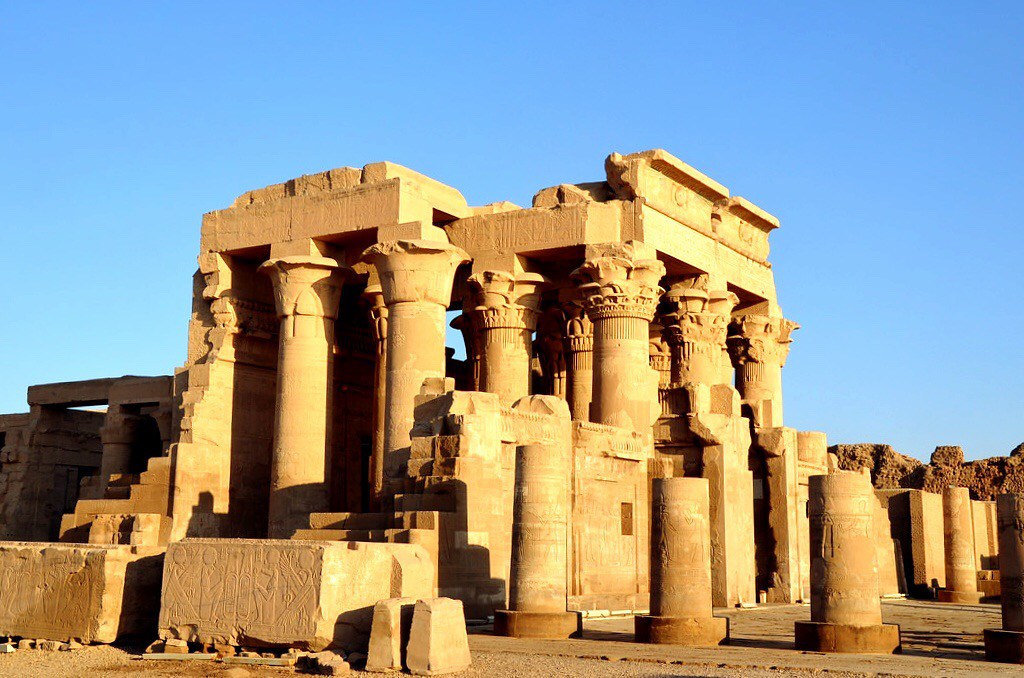 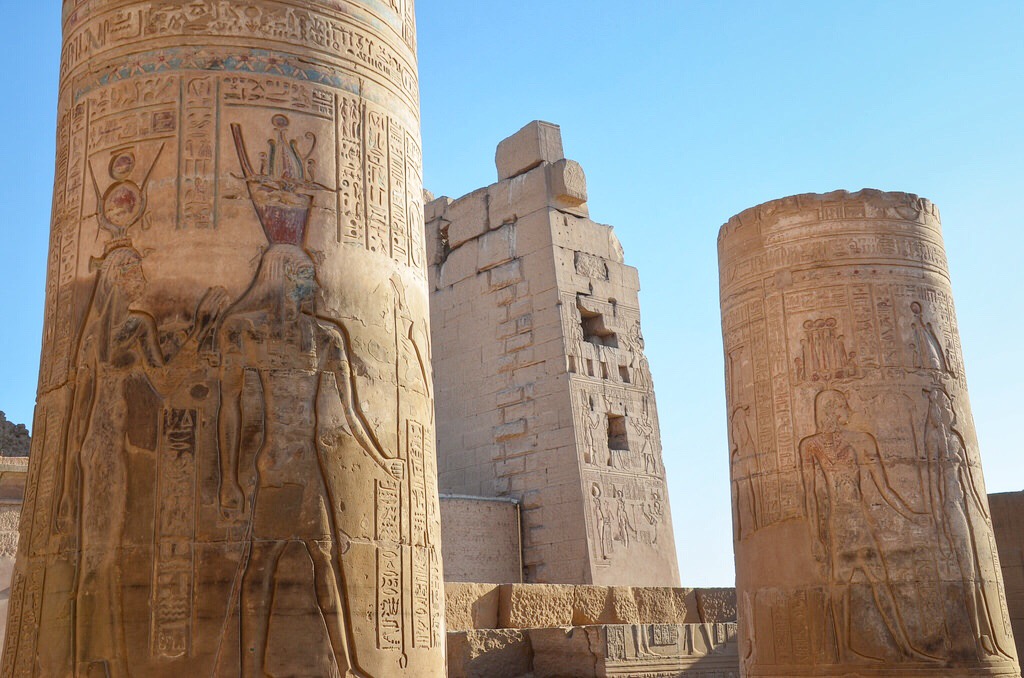 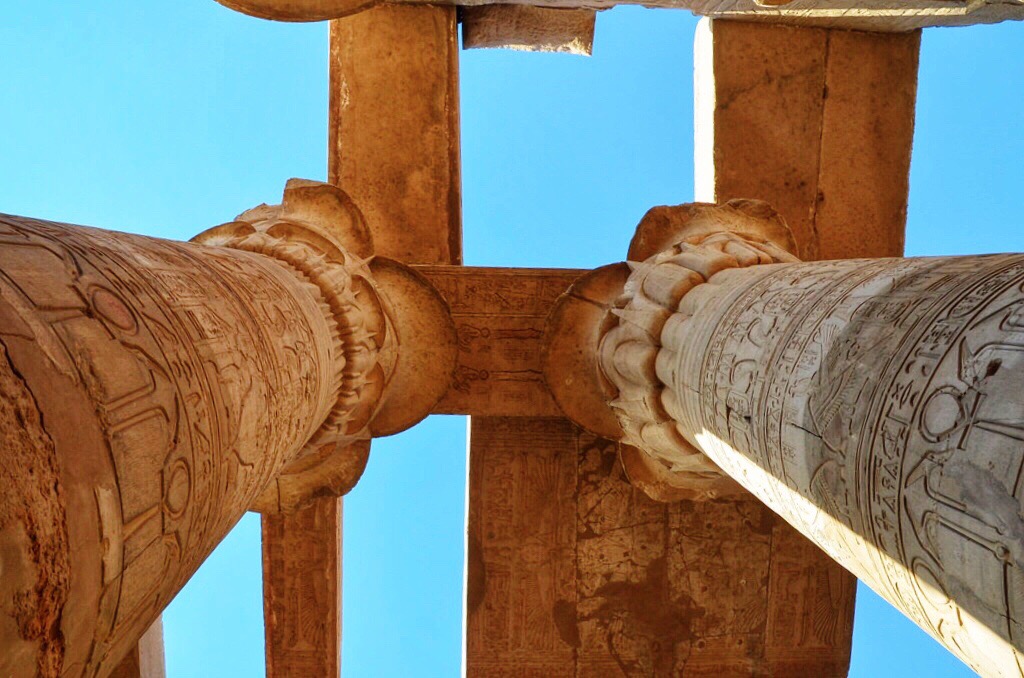 Another riverside temple that eventually fell victim to the unpredictable floods of the mighty Nile, Kom Ombo is unusual for several reasons. Chief among them is that it’s a double temple, courtyards and inner rooms duplicated to serve two different gods. Until a few years ago the temple and surrounding area was also a major stop for the hundreds of riverboats that sailed up and down the river. I use the past tense because for the last few years tourism has plummeted in Egypt, leaving the boats empty and places like Kom Ombo a virtual ghost town. On the one hand it’s great to visit these sites nearly alone, but it’s also depressing to see the shuttered cafes and shops that not too long ago had crowds of tourists waiting to be served. That’s why I’m glad Insight Vacations and others have returned to Egypt, to once again bring curious travelers to see the wonders of ancient Egypt. As an added bonus, one of the gods worshipped here was the crocodile god, and an adjacent museum displays just a few of the hundreds of mummified crocodiles found around the river banks. 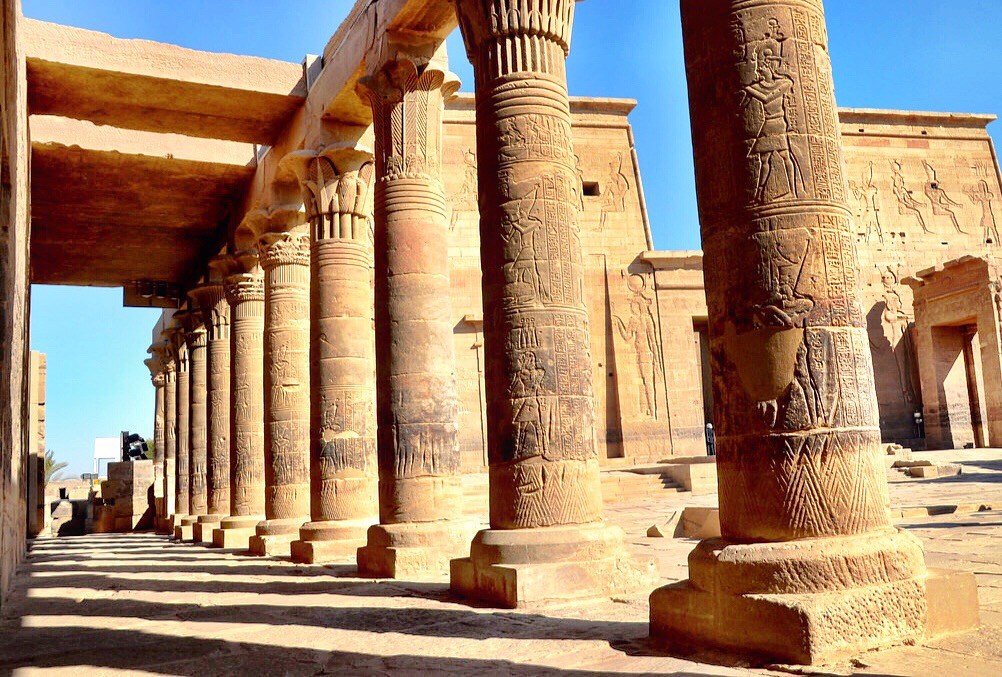 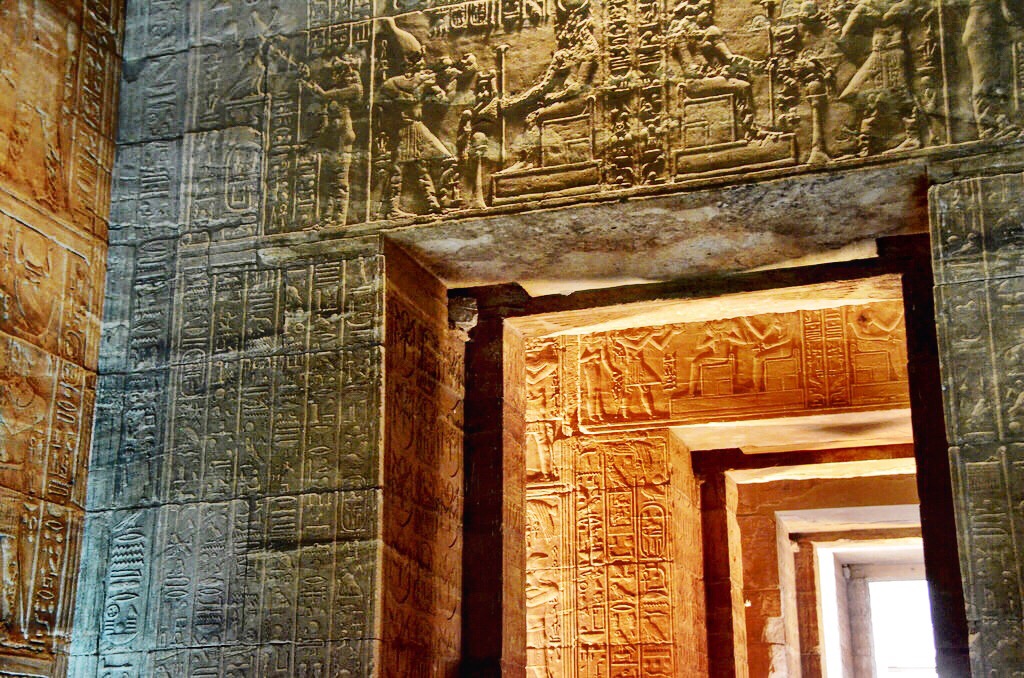 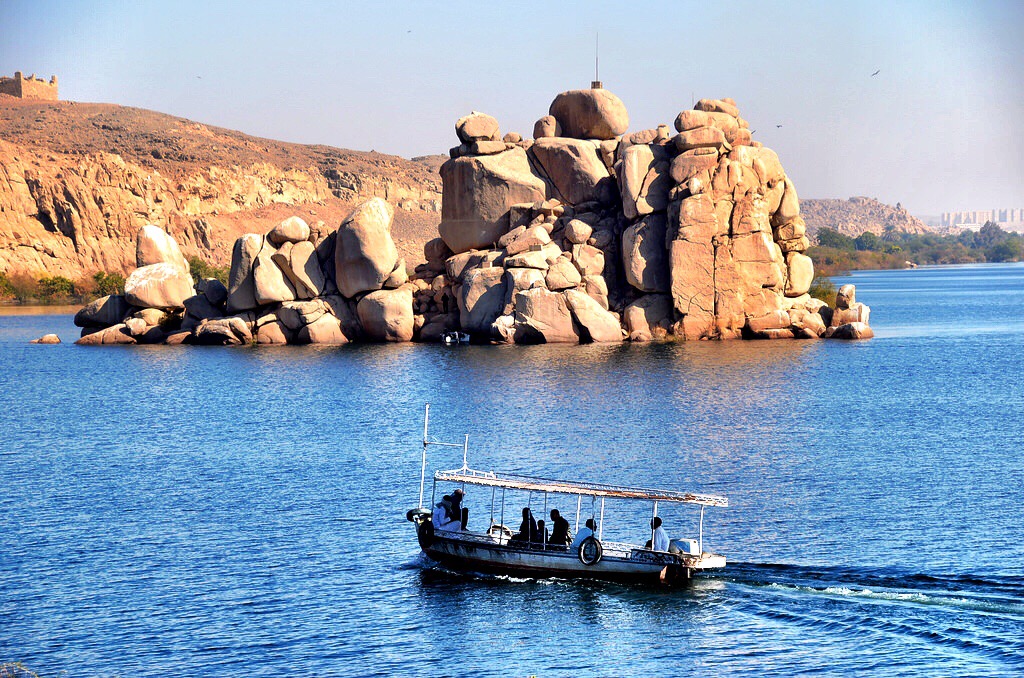 Visiting Philae was one of my favorite moments in Egypt, probably because I always love being on the water. Philae was one of the many temples rescued by UNESCO in the 1960s as part of a massive, international effort to rescue important ancient Egyptian sites before the construction of the High Aswan Dam threatened to drown them forever. Relocated to its current home on Agilkia Island (just 500 meters from its original home), I feel like the ancient Egyptians would certainly approve of this beautiful new location. Getting there is easy, just take a short ride on a felucca boat across the reservoir of the Old Aswan Dam and enjoy the views on the way. Thick reeds, the hustle and bustle of other boats and birds flitting about – it’s easy to understand why the Egyptians have always had a fondness for the beauty of the Nile. Several gods were honored at Philae, and you can even find relics of early Christians who later took over the Egyptian temples. More than the history though, just walking around the lush island, looking across the water and enjoying the beautiful day all made me love this unusual site, much more than I would have thought. 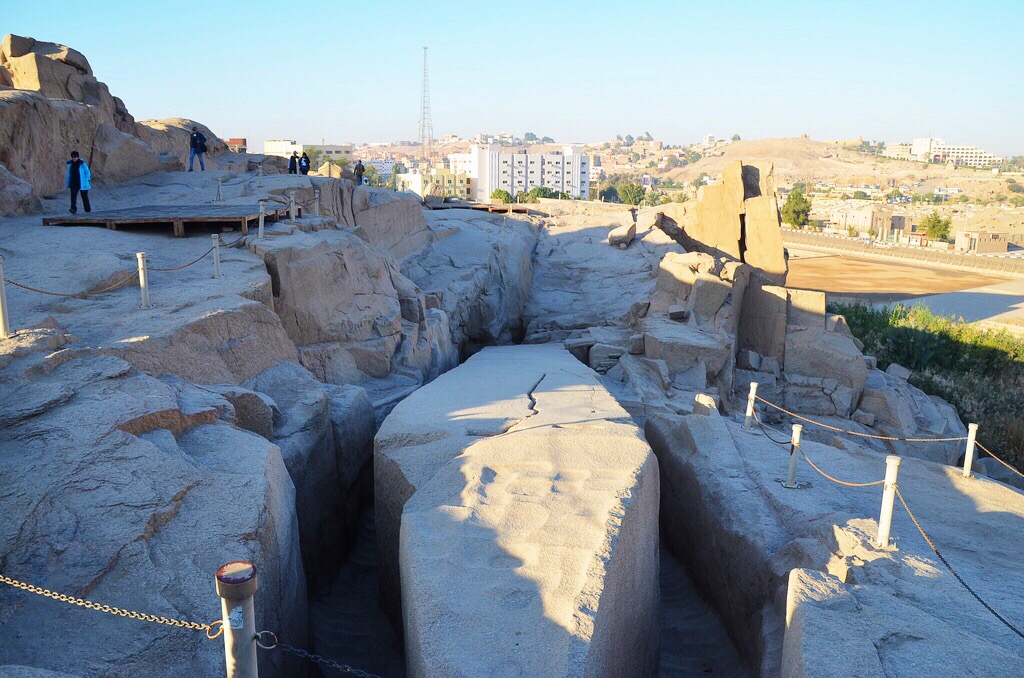 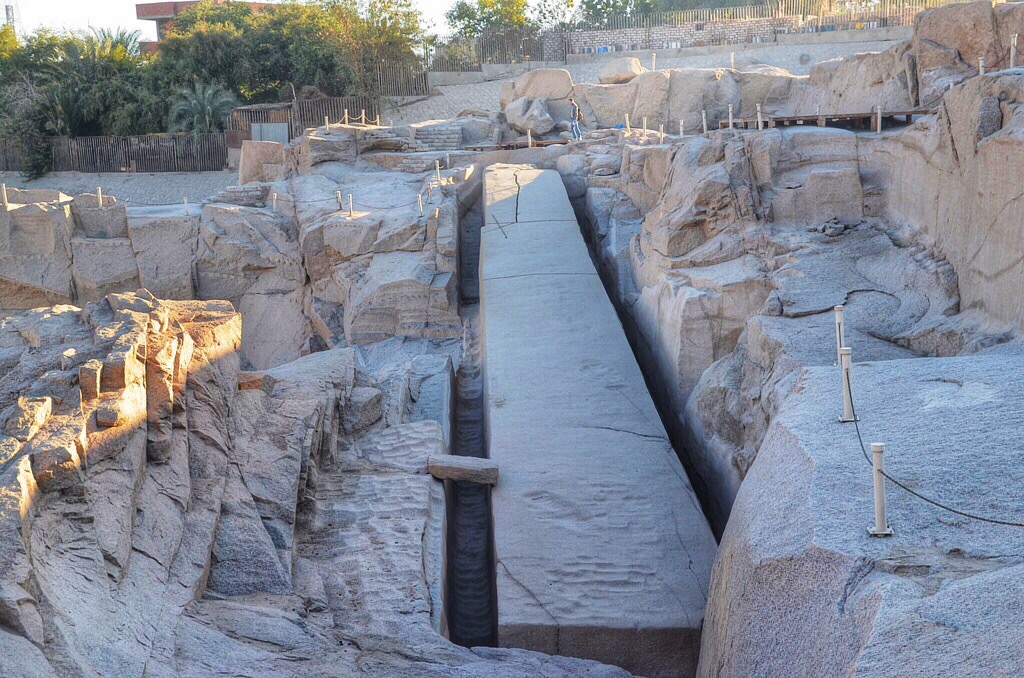 Not the sexiest of Egyptian sites, this nondescript quarry in Aswan is often overlooked by many tourists. And I agree, there isn’t much to look at, but I fell in love with the story of the site and for the importance it had in Egyptian life. Walking across the quarry site, visitors suddenly find a massive hole, in which still rests what would have been the largest known Egyptian obelisk, had it been finished. The reason for its abandonment is immediately obvious, large cracks in the granite that must have appeared as the creators carved the behemoth directly out of the bedrock. The granite around Aswan was known even in ancient times for its exceptional quality and this well-used quarry gave birth to many of the stunning monuments now found throughout Egypt and in museums around the world. It boggled my mind to consider not only the work and skill required to create these works of art from the mother rock itself, but then how the Egyptians transported them back up the Nile. If you aren’t impressed by the ancient Egyptians before visiting the Unfinished Obelisk, then this nondescript site will undoubtedly send your mind reeling in amazement. 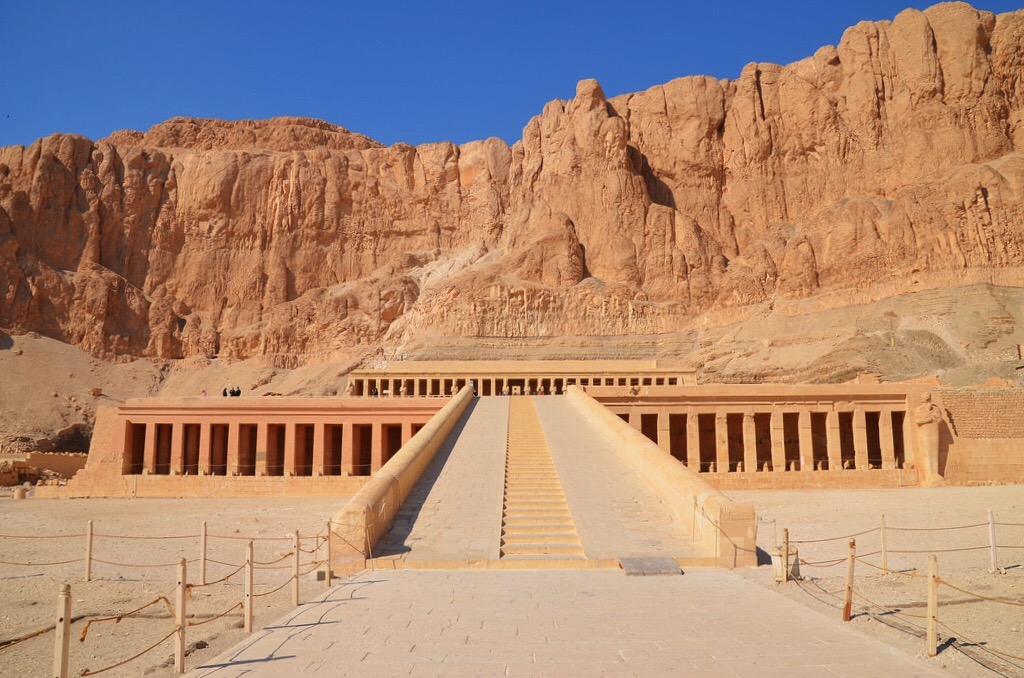 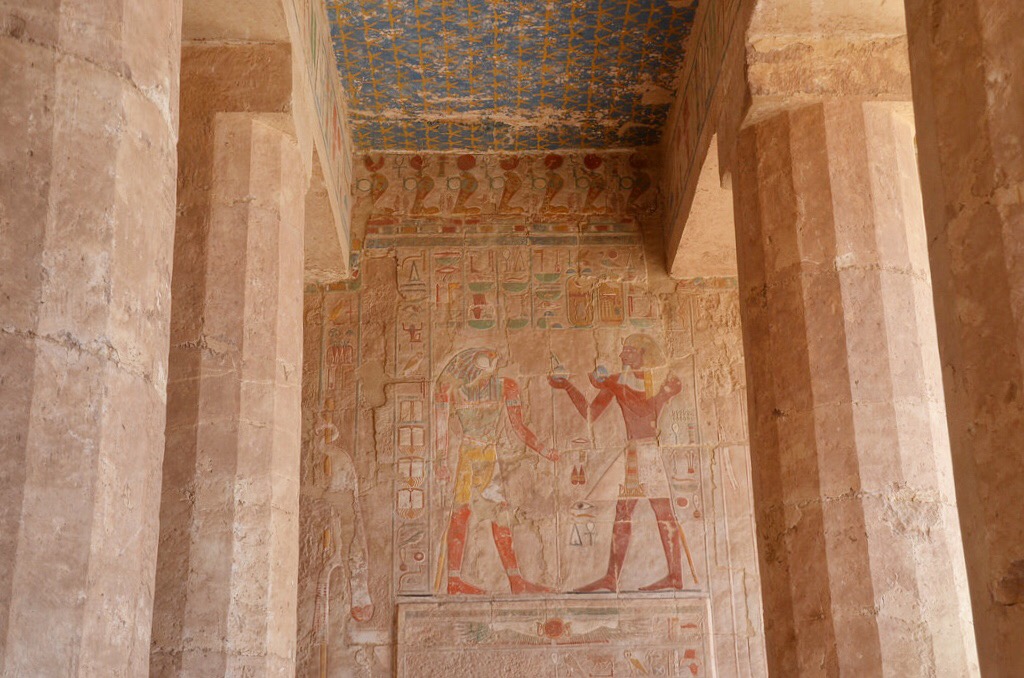 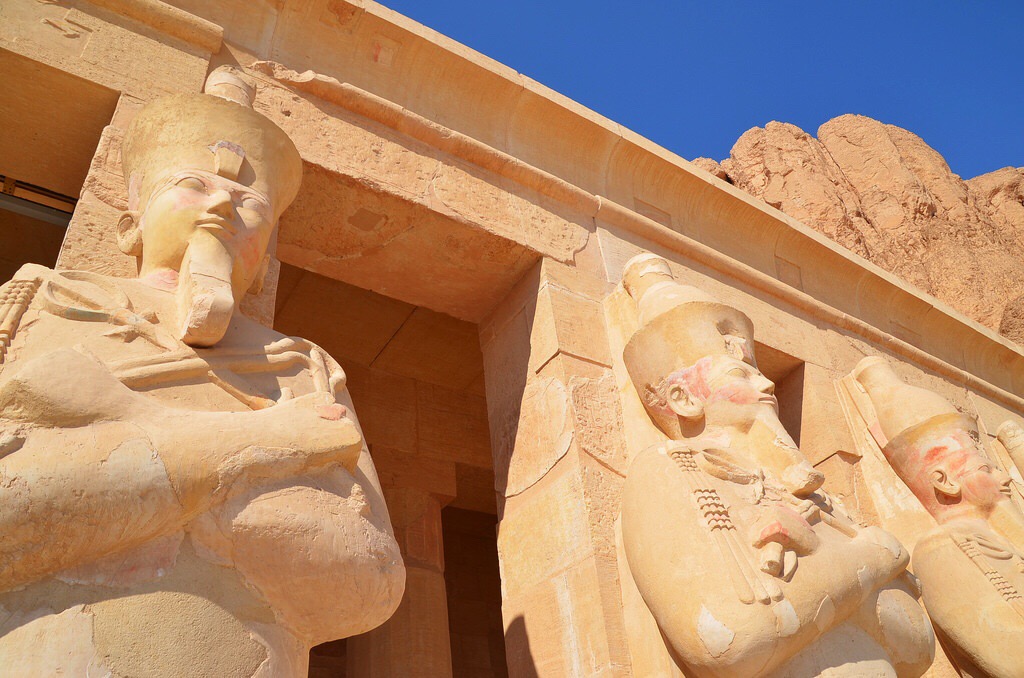 This actually borders on being well known outside of Egypt, for the architectural detail if not its name. Located near the famous Valley of the Kings, the main focus of this site is the Mortuary Temple of Hatshepsut – a female pharaoh whose long reign was a rarity in ancient Egypt. She ruled around 3,500-years ago and was famous for creating new trade routes and wealth for the kingdom and for leading a series of building projects, instead of constantly making war like her male predecessors. Set atop a series of colonnaded terraces, I like so many others before me was drawn to the beautiful symmetry of the design, a wonderful monument to a pharaoh who left her kingdom forever changed. This is an easy site to visit and is usually combined with day trips to Luxor and the Valley of the Kings.

These are just some of the ancient Egyptian sites that made an impression on me, but there are so many more that are not only nice highlights of a trip through Egypt, but which come to define it.