I sat down to write about Passau, to highlight this nice little German town I experienced but then I realized, most people (at least here in the US) probably have never heard of Passau. It’s a problem really; all of the major cities in Germany get attention but once we drill down to the smaller towns and villages, not much is available. Keeping all of this in mind I decided to instead provide some context and in the process share why I fell in love with this great German city. 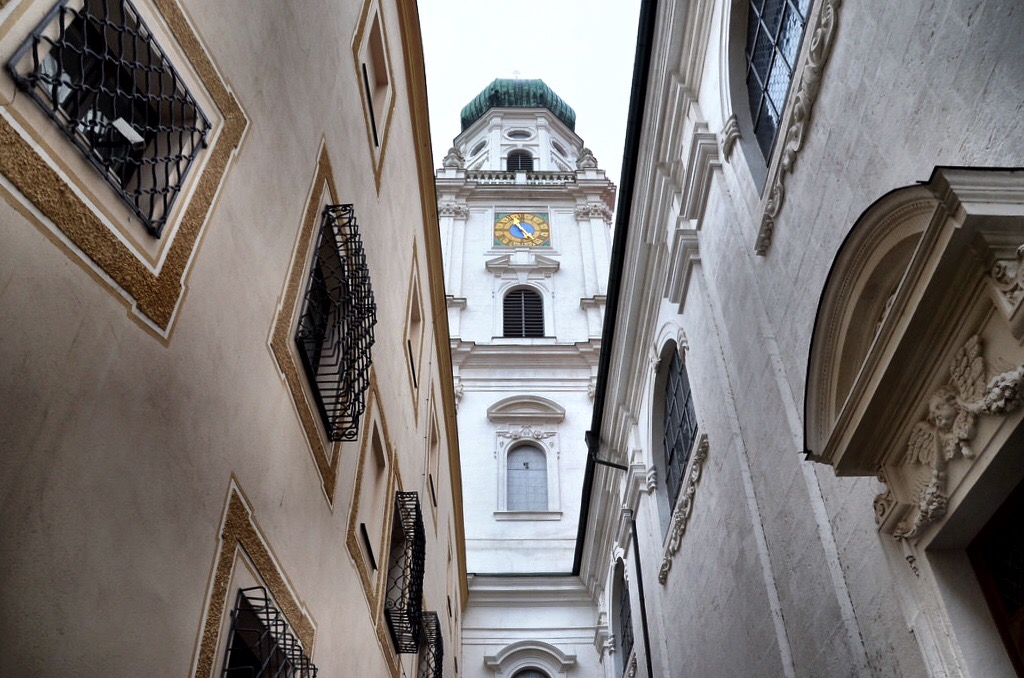 1. Where it is and how to get there

Passau sits on three rivers, including the Danube, which is how I found myself there. It was a stop on the Viking River Christmas market cruise I took and quickly became a favorite port of call. Located in Lower Bavaria, the city is known for its university and student life; in fact about a fifth of the town’s 50,000 residents are students. But it’s as far away from being a traditional college town as you can get. Beautiful alleyways and side streets, they all seem to lead up away from the river. And with good reason, the Danube has caused serious flooding in the city over the centuries including in 2013, one of the worst Passau has ever seen. Passau is also easy to reach if you’re not taking a river cruise, especially by train and many folks include the town in their explorations of Bavaria. 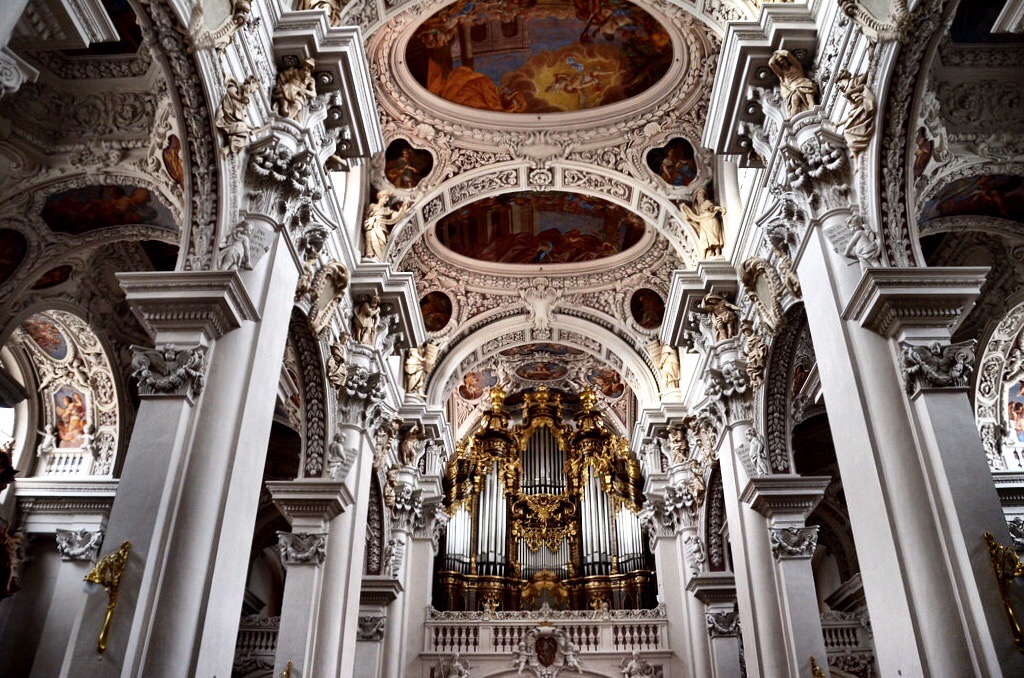 2. Largest pipe organ in Europe (More interesting than it sounds)

We were lucky enough to have an architect as our walking tour guide in Passau, and his excitement for the grand St. Stephen’s Cathedral made the massive building come alive in a way that is rare to be honest. Located in Passau’s Old City, St Stephen’s is typically baroque in style, common in this part of Germany, but for as beautiful as it is outside, the real star of the show is located just inside. In the quiet and unassuming town of Passau rests the largest pipe organ outside of the US, and the largest cathedral organ in the world. It currently has 17,774 pipes and 233 registers, all of which can be played with the five-manual general console in the gallery and has reverberated with some of the most famous and beautiful music ever produced. More than just the organ though, be sure to get a knowledgeable guide to show you around the cathedral as the altars and decorations are amongst the most intricate and impressive you’ll ever find.

Before visiting Germany during the Christmas holidays, I thought I knew what gingerbread was. However, I learned in Passau that what we call gingerbread and the German equivalent – Lebkuchen – couldn’t be more different from each other. Stopping by a Passau institution on our walking tour, the folks at Café Simon have been making delicious confections for five generations, but one of their specialties is their rich variety of Lebkuchen. Lebkuchen differs from baker to baker and can include a variety of different ingredients including honey, spices such as aniseed, coriander, cloves, ginger, cardamom and allspice, nuts including almonds, hazelnuts and walnuts, or candied fruit. They’re popular year round of course, but are a staple snack during the Christmas season. Meeting with two generations of bakers at Café Simon, they showed us the detailed process of making these delicious treats come to life and gave us the chance to sample the different flavors. Ordinarily I wouldn’t have tried the cookie, which looks like a cross between gingerbread and fruitcake, but after one taste I was hooked. I bought a bag’s worth of cookies for myself and as gifts and spent the rest of my trip along the Danube tasting the regional differences between Lebkuchen varieties wherever we went. Trust me, if you haven’t enjoyed these holiday treats before, you’re in for a very pleasant surprise. 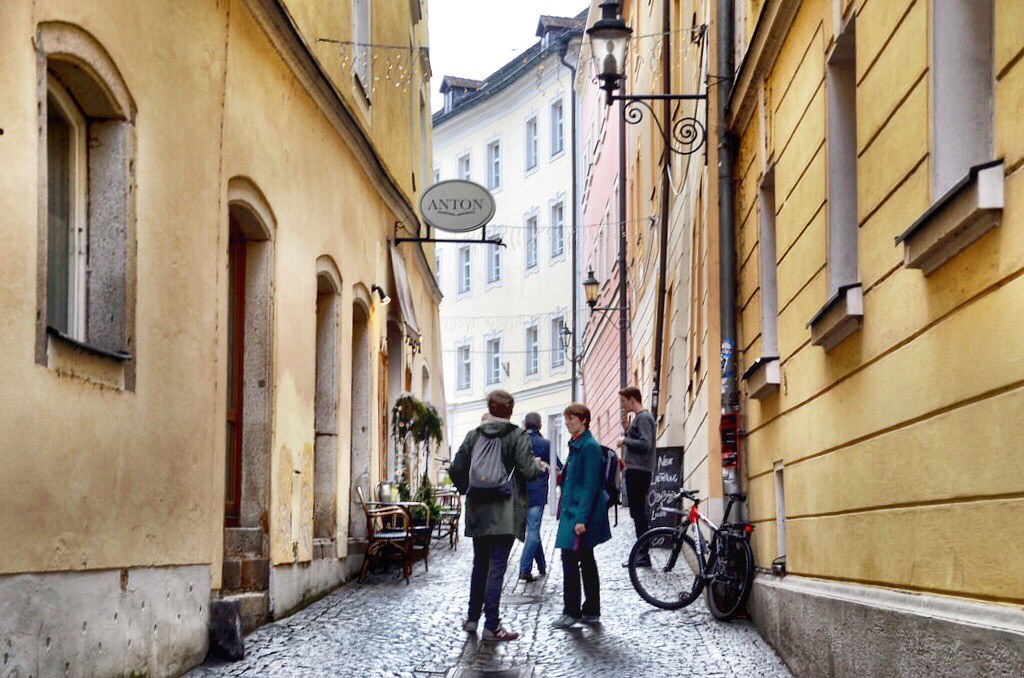 4. Fantastic city to meander through

I realize that I say this about a lot of cities, but it is particularly true for Passau. A small city, it’s easy to explore and navigate the town’s older sections without really knowing where you are going. I love old German towns like Passau, no clear organization in the city plan just streets and buildings that popped up over time. We spent some time at the Christmas market, nibbling on snacks and listening to local music before wandering through the commercial district, stopping to escape the rain at coffee shops and doing some window-shopping. I didn’t do anything per se, I was just there. I just soaked up the look and feel of the city and tried to commit as much of the experience to memory as possible. From an American point of view at least, this is one of the best parts of exploring lesser-known areas of Europe and especially Germany, experiencing daily life there and learning more about the traditions that make it so very special.

Have you been to Passau? What did you do?