I first heard about Rippon Winery at dinner my first night in Wanaka. The manager had stopped by to see how my meal was going and was shocked that I hadn’t tried any wine from nearby Rippon vineyards. I really didn’t know what to say, but before I could answer her she stated matter of factly, “It’s the most photographed vineyard in the world, you know.”

I filed it away in my mental rolodex, intending to visit the winery if I had time while spending a couple of days in town. Wanaka and its famous lake are both located on New Zealand’s South Island in what can only be described as one of the most beautiful areas of the world. I had negotiated six hours of mountain switchback roads to get there, and I was enjoying every moment.

The morning after the wine chastisement, I got up early for a jetboat ride around Lake Wanaka to discover some of the hidden nooks and crannies of the region. There was a thick layer of fog throughout most of the journey, but on the way back in to Wanaka the driver looked up at one of the cliffs and pointed saying, “That’s Rippon Winery, it’s the most photographed winery in the world you know.” So I had heard. That decided the matter though, fate had stepped in twice to let me know how photogenic this winery was and I was determined to see for myself what made it so damned attractive.

As luck would have it, the winery was supposedly a ten minute walk from my hotel, the Edgewater. I hurried along the lakeside path, eager to warm up after a frigid morning on the water. It was obvious when I reached the vineyard, the rows of vines are hard to miss. What was less obvious was to how to find the tasting room, located somewhere on the property. Eventually, after being stopped by a farmhand, I was directed up a goat path to the top of a grand hill overlooking the vineyards and the lake. 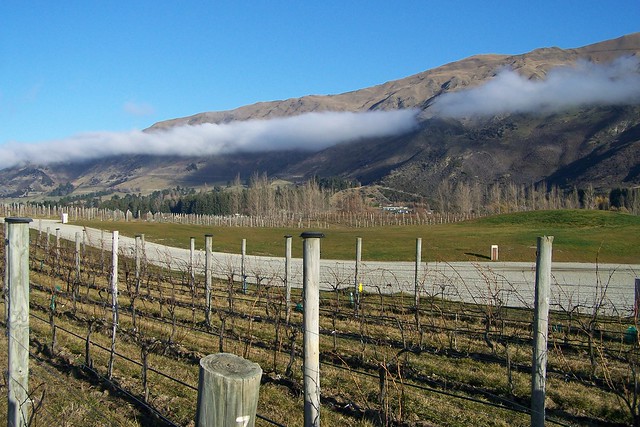 The walk was slow not because of the difficulty, it was an easy trail, but because I kept stopping to admire the views. There was still a little fog left, but it had mostly burned off, revealing a stunning look at the vineyards and the lake beyond. Ok, I began to understand why this was the most photographed vineyard in the world.

There was no one around, winter midweek isn’t their peak season I guess, so when I walked into the tasting room I wasn’t shocked to find it empty. A few minutes later, a man looking a little harried dashed in and apologized. This wasn’t just any employee though, I would later learn that this was Nick Mills, Rippon Winery’s winemaker.

Nick talked me through a variety of their wines, but the entire time I was looking out the window. That’s not to say that the wine wasn’t great, it was, but I was too fascinated with THE VIEW. Back to the wine, even though Rippon is a relatively new winery, the vines have so far produced some truly excellent wines. 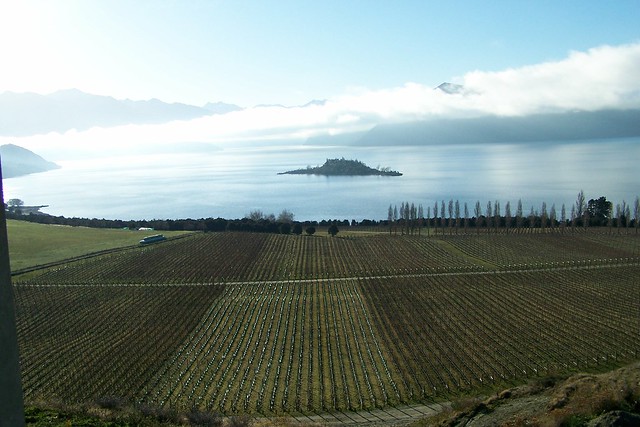 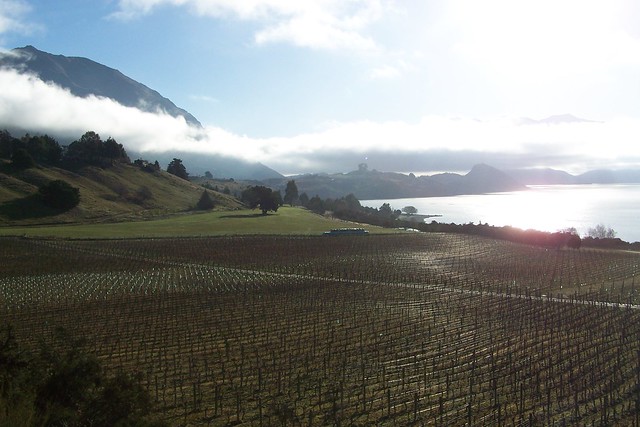 I left, apologizing for not buying anything but explaining that I didn’t have any checked luggage, and walked back through the vines down to the lake. I stopped more times than I can remember, the views truly were stunning. At one point., midway down the goat path, I understood why this winery in particular was photographed so often. It’s not every day you find a world class winery in one of the most pristine areas of the planet.