My trip to New Zealand was a blur of sheep, gorgeous views and of course roads – lots of roads. I recently wrote about my first day driving on the Great West Coast Road of New Zealand’s South Island, but it was the second day which was truly epic.

I had some activities in and around Franz Josef in the morning, so I didn’t hit the road until noon. My handy-dandy directions said it would take me a scant three and a half hours to get to Wanaka, so I wasn’t worried. Of course I didn’t realize the amazing sights I would find along the way and the people who wrote the directions didn’t realize how trepidatious I’d be on the mountain switchback roads.

After my morning glacier helicopter ride, the company owner asked me about my driving route. Before I could get out the first sentence she interrupted saying, “Well you have to stop at Lake Matheson.”

Ok, this was news to me, I had never heard of Lake Matheson before and really wasn’t sure why I should stop. By that time I had come to realize that every speck of land on New Zealand was amazingly gorgeous and that to stop for every photo opportunity would be an exercise in futility. But I had never driven to Wanaka before.

To set the scene, it was winter in New Zealand, but the first snows hadn’t yet descended upon the South Island, much to the dismay of the Kiwis. It was incredibly cold though, and the roads were littered with signs warning of ice and grit.

I decided to take the helicopter lady’s advice and stopped at Lake Matheson. She showed me photos taken from there and they were amongst the most iconic images of New Zealand I had ever seen. If I could capture just a small bit of the grandeur in those photos, I’d be a happy camper.

I wrote about the perfect photo at Lake Matheson in a separate post, but it ended up adding almost two hours to my already tight schedule. I left Matheson, but stopped again just a few miles away, I couldn’t resist the sight of the Fox Glacier in action. 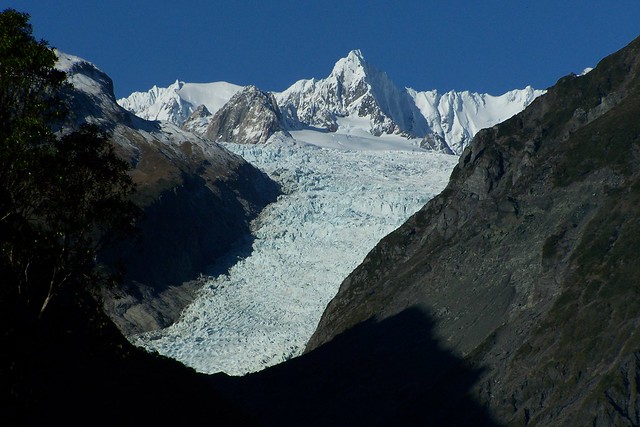 In what would surely fascinate psychoanalysts, I sat myself down and told myself to get a grip. I told myself that I had to make Wanaka by nightfall or I’d drive off a cliff on the crazy roads leading to the lakeside destination. I agreed with myself and took off. Then I stopped again. And again. And again. I apparently don’t listen very well. 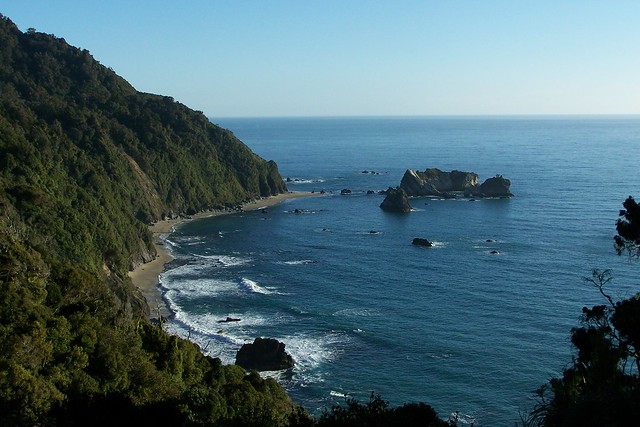 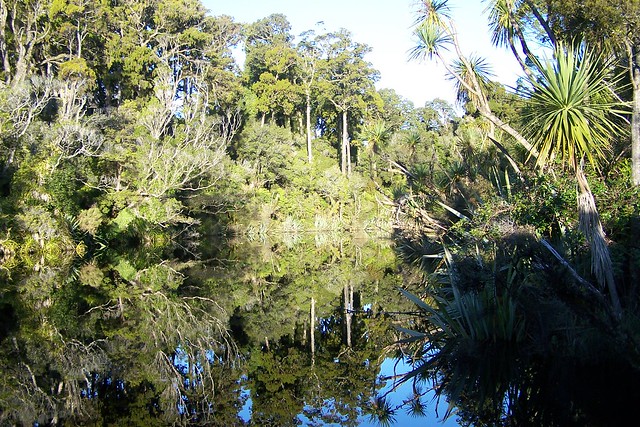 I somehow rationalized every stop: this is the only primordial swamp in the world, this is a World Heritage Site, Look at IT -it’s Amazing. I used every excuse in the book and before I knew it dusk was descending, the gloaming had gloamed.

I have to say that I was terrified of driving at night on roads which I wasn’t even comfortable driving during the day. I actually got angry at myself for not practicing more photo-self-control on the way to Wanaka but was relieved when I saw that the hamlet was within sight. 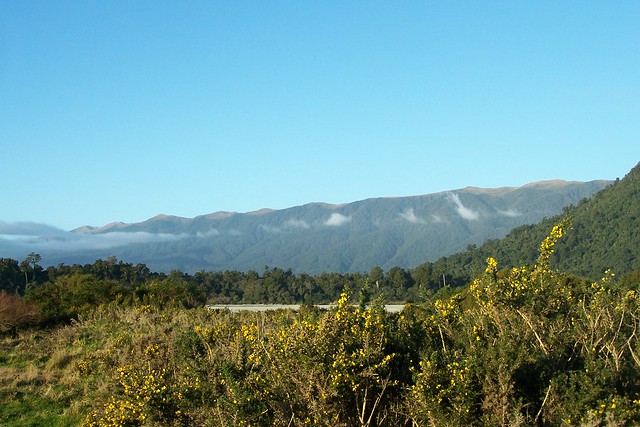 I may have wasted a lot of time on my way to Wanaka, but I really think that the road from Franz Josef to Wanaka is a must visit attraction in its own right. Why? Because even though it was a transition day, it was the best few hours I spent in New Zealand.