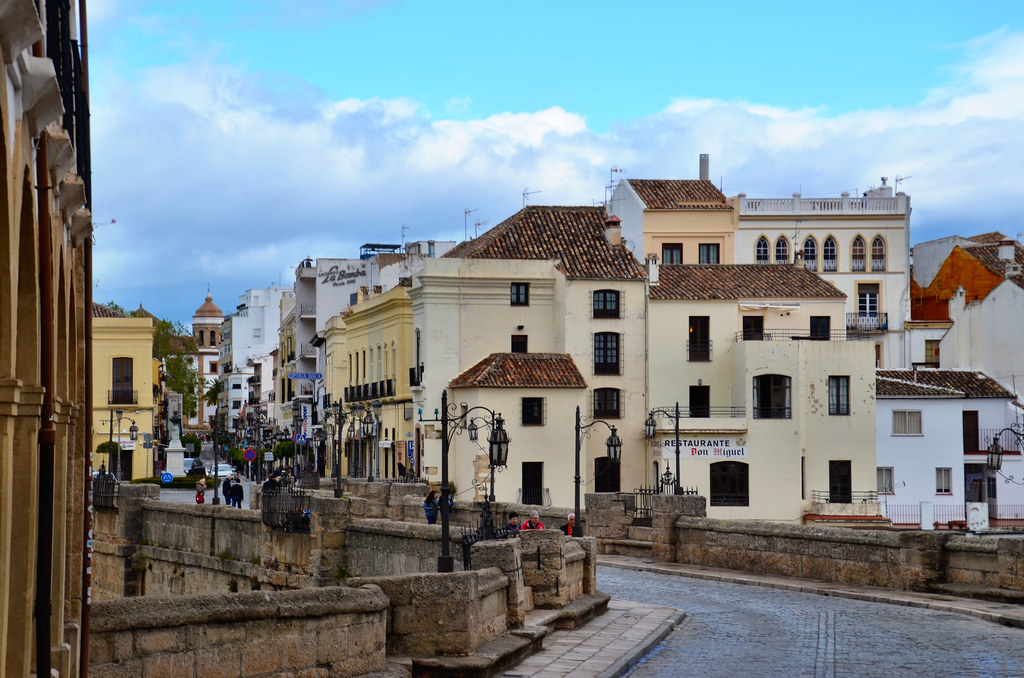 Sometimes in life we just click with other people, places and even companies, and that’s certainly been the case for me with the luxury tour provider Abercrombie & Kent. First patronizing their extraordinary services last year in Tanzania, a few months ago I had the great opportunity to try something a little different, a small group tour around Spain. Connections Journeys are Boutique Group trips that focus on the destination and, almost more importantly, the local people and culture. They’re meant to be immersive trips, led by individuals who call the destinations home and who understand the cities and towns better than almost anyone else. Using carefully crafted itineraries, small one-of-a-kind hotels and special immersive experiences, the goal of Connections is not to just see new places, but to live them. I’m working with Abercrombie & Kent to help share this unique style of travel but, as always, all thoughts and opinions are entirely my own, including these favorite moments and experiences from my Connections journey in Spain. 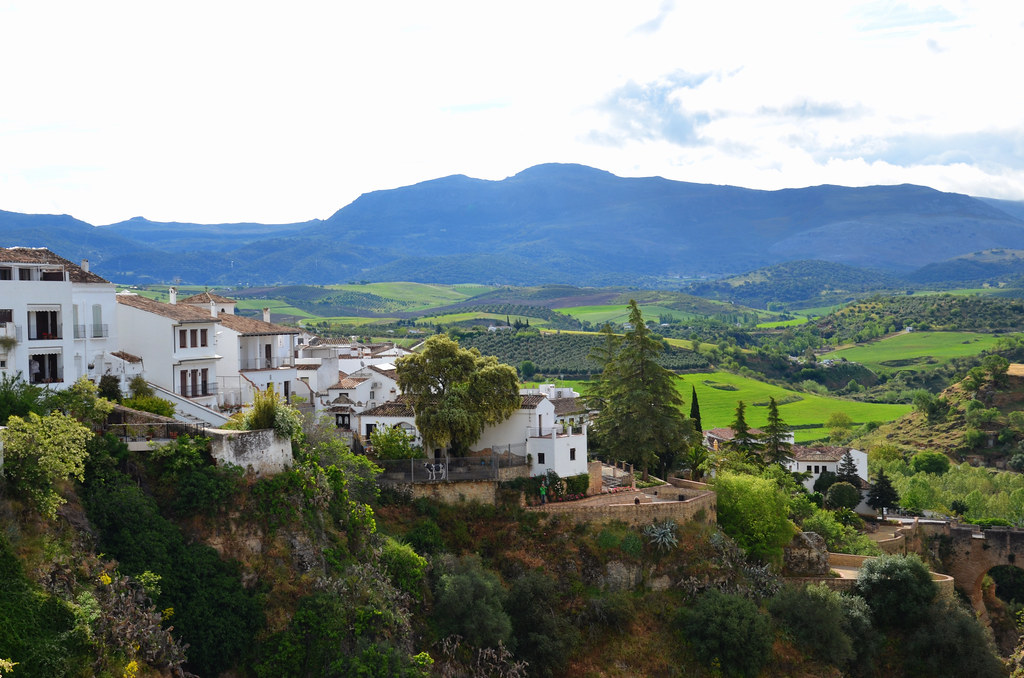 I had never heard of Ronda, I had never seen photos of Ronda and I certainly had no plans to visit Ronda. That’s one of the great aspects of traveling with Abercrombie & Kent though, being introduced to new places and experiences that aren’t even on one’s travel radar. Almost immediately though I knew I would love my time in this small city; our hotel perched on the edge of a massive canyon, the views were as good as they can get. It’s also the ideal home base from which to explore southern Spain, the drive to many of the most important towns and regions short and easy. But Ronda is a destination unto itself and not just a place to sleep after a long day of exploration. Ronda has been around for a very long time, even before it was designated a city by the Romans. Over the centuries it has reinvented itself countless times, but today it is perhaps most famous for its legacy of bullfighting and the oldest ring in Spain. While I don’t approve of the practice, learning about its history and the culture that has grown up around it was an important part of my time in southern Spain, and Ronda is the ideal place to learn all about this strange practice. 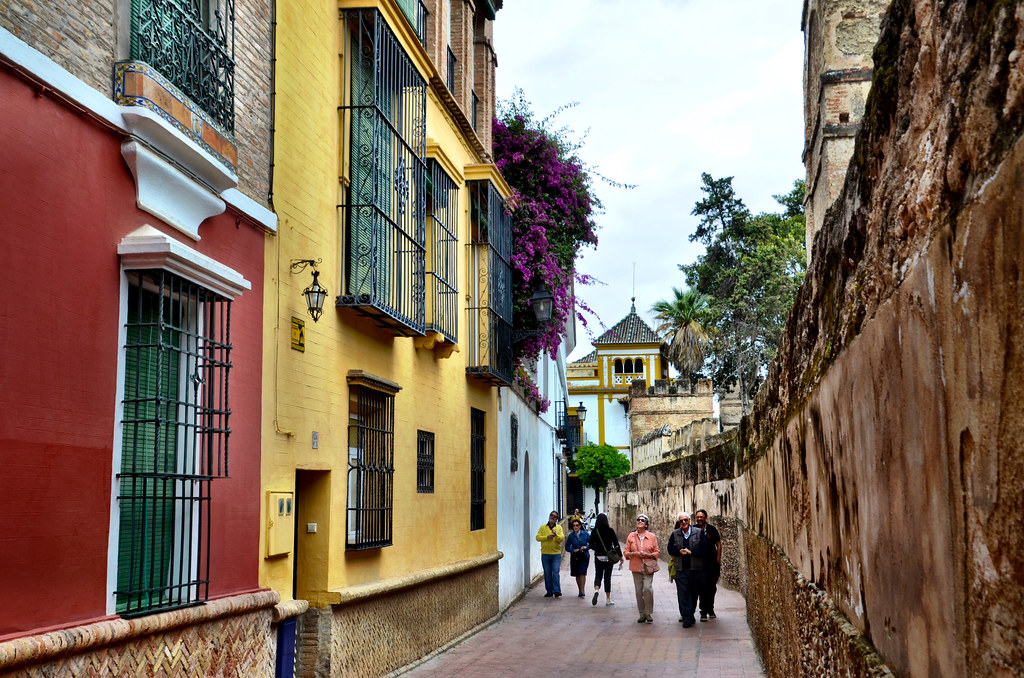 If asked, I normally consider myself to be an independent traveler and at first, the idea of exploring Spain with strangers intimidated me a bit. Right away though I began to slowly understand the incredible value in sometimes traveling with other people, especially in a small, intimate group such as the one I found myself part of in Spain. There is power in discovering a new destination through the eyes of someone else. They pick up on different aspects of the destination, which in turn makes your own experience that much more interesting and complete. Not only did traveling with a small group help me better understand the destinations, it was just a lot of fun as well. These folks were there to enjoy some leisure time, to have an active but fun vacation and to experience a part of the world new to most of them. Along the way we got to know each other extremely well, joking with one another and even seeking each other’s company when it came time to enjoy a meal or a nightcap. These were friendships and not just socially polite relationships, and by the end of the trip it wasn’t a group of strangers touring Spain, it was a brand new set of friends.

Believe it or not, but what I loved most about traveling as part of an organized tour were the many spontaneous and unexpected moments. A great example of how the Tour Director and Abercrombie & Kent added unexpected value to the travel experience happened in one of Spain’s most colorful cities, Seville. Timing is everything and we were lucky enough to be in town during one of the most important events of the year, the annual Feria, or April Fair. As an outsider it can be a little confusing at first, which is why I was so happy our tour director took the time to show us the massive celebration and to explain it to us. This weeklong event takes place two weeks after Holy Week and is one of the highlights of the Seville social calendar. Intensely colorful traditional dresses, more horse-drawn carriages than I thought still existed and of course food, so much food, are all hallmarks of this massive event. Walking through the main fairgrounds I marveled at the 1,000 pop-up restaurants assembled on-site, mostly for private parties and all serving incredible local favorites. Even if you aren’t invited to a private tent though, the whole city gets in the spirit and no matter where I went I found fantastically dressed people on their way to a soiree, adding more color and pizzazz to my travel experience than I thought possible. Our Tour Director wasn’t obligated to take us to the fairgrounds, show us around and explain everything, but she did. She understood the inherent value in the experience and wanted us to be a part of it. That’s special, that’s not the norm but, ultimately, is part of the incredible value of traveling with a world-class company like Abercrombie & Kent.

A Bad Day in Gibraltar

April can be a touchy month to travel almost anywhere you go, and while we had great weather for most of the trip, our luck ran out in Gibraltar. The rain was literally as bad as I’ve ever seen it, and it refused to ease up during our day spent in this British enclave. Thick clouds of fog enveloped the entire territory, making it impossible to see anything. It was bad travel luck, but there was nothing anyone could do about it. The group was wet and cranky and things weren’t looking good. But that’s when our Tour Director stepped in and did everything she could to rescue the day. Calling off the tour earlier than planned, we had plenty of time in Gibraltar to enjoy a leisurely lunch and to try to warm up a little after the drenching. But the real magic happened upon our return to the hotel. Unbeknownst to us, the Tour Director had organized a surprise for the group. There all ready for us was piping hot coffee and tea, wine, snacks and desserts. It’s what we all needed not just to help warm up, but to improve our moods. It wasn’t the easiest of days but ending on that high note made all the difference. How we deal with adversity defines who we are and that’s certainly true in the travel experience. It’s also what defines any travel provider, be it an airline or operator like Abercrombie & Kent. Life happens, but the ability of Abercrombie & Kent not to only roll with the punches, but to immediately ameliorate any situation consistently amazes me.

Eating My Way Through Barcelona

One thing I did know before visiting Barcelona is that anywhere you go in Spain, food is at the center of the travel experience. From regional favorites to the omnipresent jamon and cheese, prepare to let your waistband out a few notches while luxuriating in this great city. A feature of my Abercrombie & Kent tour around Spain that I loved was how much free time we had to explore on our own. I never felt overly scheduled or confined by a timetable, and that was certainly true in Barcelona. Since I had so much free time, I decided to do something I always love, join a food tour and in Barcelona that meant a focus on the Pica-Pica style of tapas. In 2017, tapas are a worldwide phenomenon, but in Barcelona the local tradition of enjoying small bites either before or as the meal have been a tradition for generations. Pica-Pica can mean a variety of things, but at its base it simply includes light bites, great drinks and fun conversation with friends. Barcelona comes alive in the evenings and that’s when our tour of the up and coming Poble Sec neighborhood began, eventually visiting several different cafes and restaurants in the area all specializing in different styles of small bites. Not only was the food incredible, but learning about the local culture by living it was the ideal foodie re-introduction to Spain and made me look forward to the rest of my trip that much more. 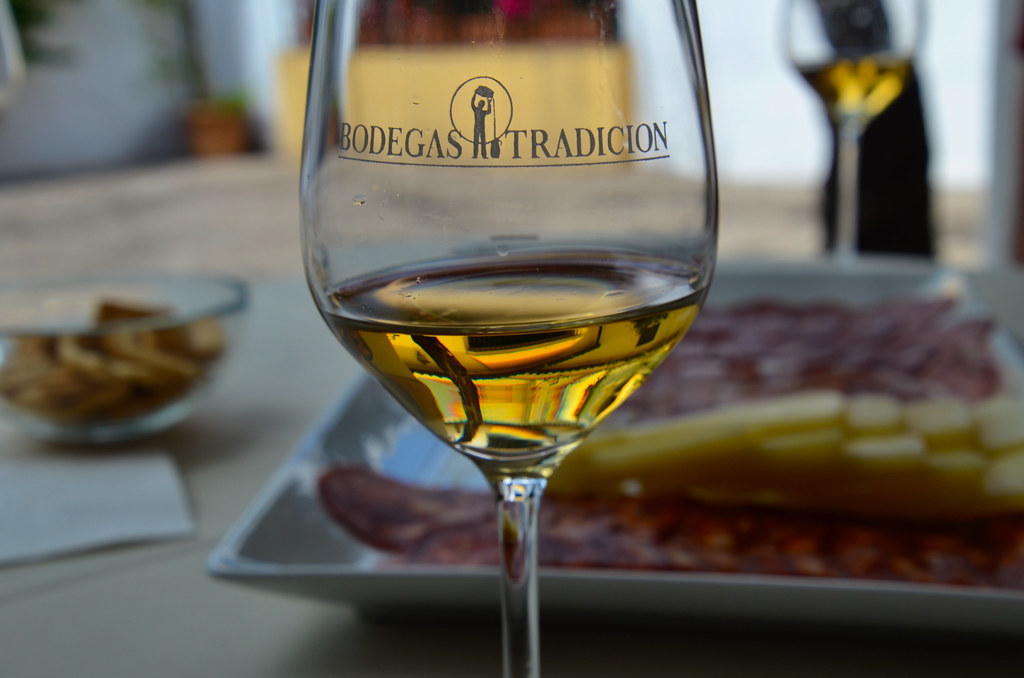 The overarching theme of the trip though was all about connecting locally as much as possible, a feat Abercrombie & Kent facilitated in any number of ways. Sure, it meant helping us find those great little cafes and restaurants that only locals know, but it went well beyond that. In Seville it meant spending the afternoon at the Feria, as well as an evening in the home of a local resident, enjoying great food and hospitality. In Jerez we spent a lunch touring one of the legacy sherry producers, learning about this sometimes-overlooked drink and enjoying some of their best vintages along with a delicious lunch of light bites. No matter where we found ourselves in Spain, we managed to get closer to the local communities than I ever thought likely and that’s significant. That’s not normal for your average tour operator, but Abercrombie & Kent is anything but average. No matter where in the world you travel with them you can be assured of unique, one of a kind experiences, even in Spain.

We all travel in different styles and to different places, but regardless of background we all want the same thing. We want travel experiences that are special, that are unique and which change us in the process. We want to get to know new places as intimately as possible, while also enjoying a fun experience. Based on two very different trips with Abercrombie & Kent, I can’t imagine a better way to accomplish all of this and more than on one of their extraordinary adventures.