I’ve been fortunate enough to visit Germany many times over the years, yet no two trips have been the same. Thanks to the width and breadth of experiences found throughout the country, there’s plenty to see and experience to fill still many dozens more trips. Most recently though my mission was clear, to follow the so-called Martin Luther Trail in this, the 500th anniversary of the Reformation. I didn’t only keep to the trail though, I also included a few stops off the route but nearby, places I wanted to visit for their own intrinsic value. I have a lot to say about this recent trip, but I thought I’d start with a few of my favorite moments during more than a week of exploration. 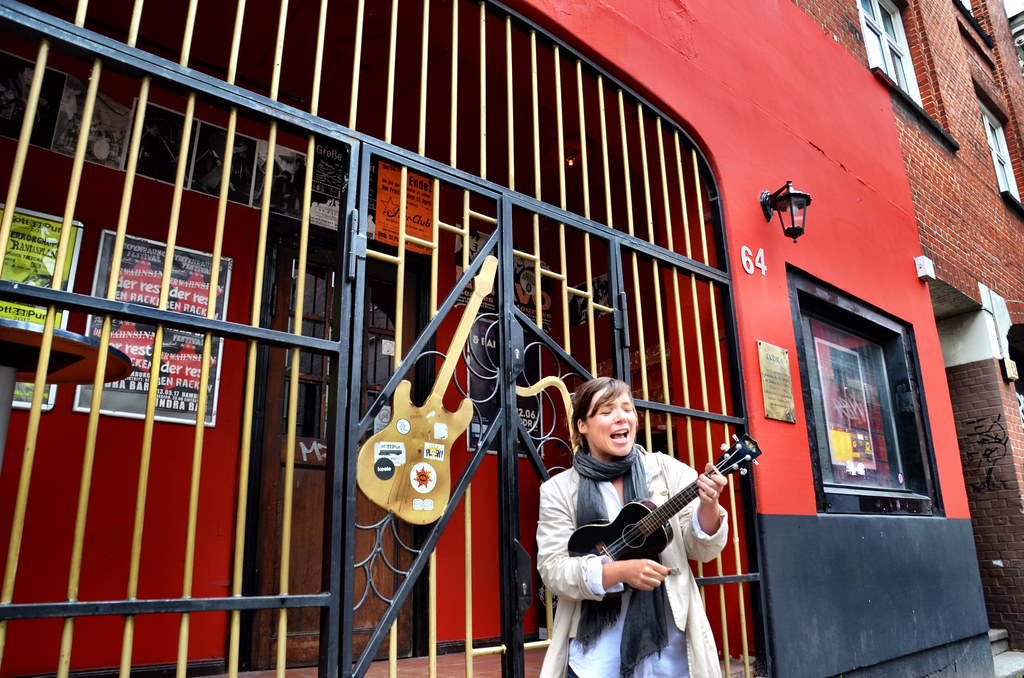 One of the aspects I love most about revisiting cities is the opportunity to try more offbeat experiences and to get to know different areas of the city. That was my goal on what was my third trip to Hamburg and at the top of my to-do list was to take the world famous Beatles Tour. The brainchild of musician turned guide Stephanie Hemple, this top rated tour is a unique look at the formative years of the Beatles when they learned how to be a band in Hamburg. When the Beatles arrived into the city they were still kids and had no experience performing as a band. The years spent on the stages in Hamburg taught them how to perform and, ultimately, is what created one of the best bands in history. Stephanie takes guests through this history by visiting the clubs they played, meandering around the still quirky St. Pauli neighborhood. Since Stephanie is also a musician, the tour is accentuated with the strum of a ukulele and her melodious voice, bringing to life the early years of the Beatles. The tour is fun and informative and a great experience for just about any type of traveler. 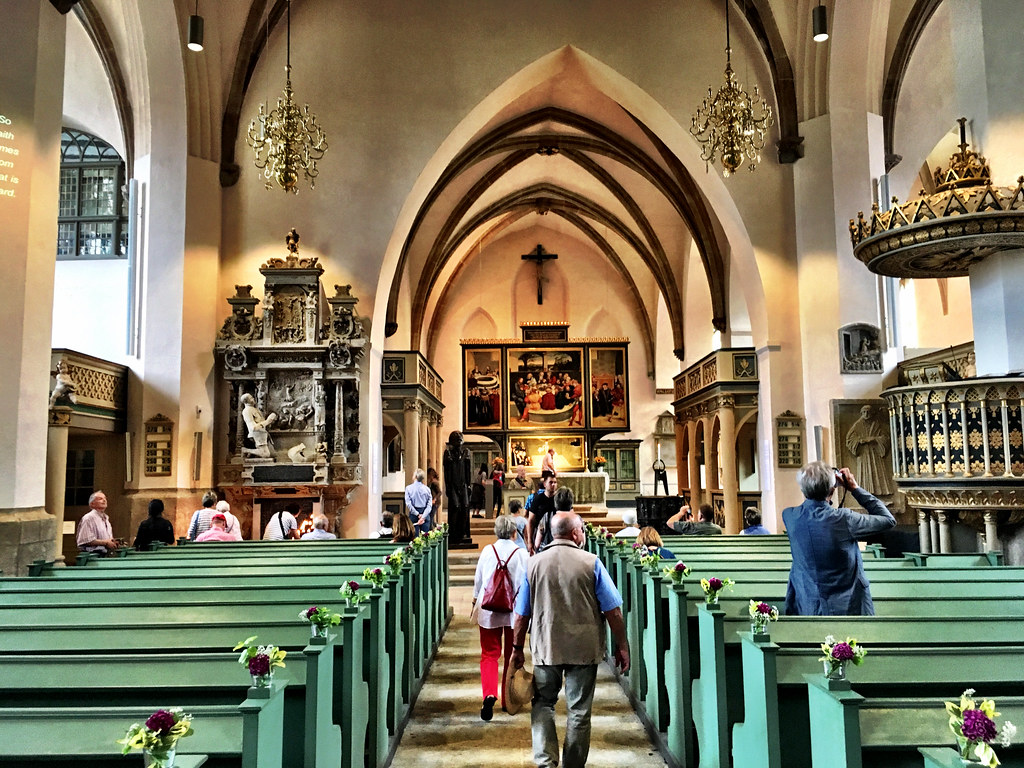 While I’m not a religious person per se, I’ve always had a fierce curiosity about religious history, which is why in Wittenberg I decided to attend a special church service. Every Saturday afternoon the church where Luther himself gave more than 2,000 sermons features an English language service, inviting international pastors to lead the event. Walking around town earlier in the day it was pure chance that I stumbled upon a sign announcing the service and given the historic setting, I couldn’t pass up a chance to participate in a service in the old City Church. The pews were packed with overseas guests and while the service was fine, it was the act of just being there that meant the most to me. Surrounded by the same walls that have heard thousands of sermons over the centuries and listening to the pastor as he spoke from the same pulpit where Martin Luther once took up the cause of the Reformation gave me goose bumps. The City Church is also where the world’s first Protestant service was conducted and to be there, in that same apse was living history in a way that can’t be otherwise reproduced. It provokes a deeper level of understanding that books or guides just can’t duplicate.

Visiting the Bauhaus Building in Dessau

One of my deviations from the path of Luther was an afternoon visit to Dessau and one of Germany’s most modern UNESCO World Heritage Sites, the Bauhaus. This revolutionary school of art, architecture and design operated between 1919-1933 and included a total education in building and design. It also was arguably the most important movement of its kind in the 20th century, going on to influence architecture around the world for decades. “One has to walk around this building to grasp its corporeality and the function of its elements,” said the school’s founder and architect of the Bauhaus Building Walter Gropius. So that’s exactly what I did, many, many times this afternoon admiring it from all angles, both inside and out. What now looks like a classic example of early 20th century design, namely arts and crafts, was in its day completely and totally revolutionary. There was nothing like this before and that’s a concept that I think is hard for us in 2017 to fully grasp. This wasn’t in the style of anything, it turned centuries of design on its head and in the process defined a century really. That’s incredible, that’s something to admire and ultimately, I suppose, that’s why it made its way onto that oh so important UNESCO World Heritage list. While it was a diversion from my main Luther mission, it was a worthy one and I’m so glad I spent the afternoon exploring it.

Although my time in Weimar was incredibly brief, it didn’t take me long to fall in love with this classical and remarkable city. I say remarkable for many reasons because, as it turns out, throughout the centuries everyone who was anyone walked along these city streets at some point. In fact, there’s so much in Weimar that UNESCO recognized Classical Weimar as a World Heritage Site, in large part due to the incredible cultural flowering of the 18th and 19th centuries that attracted scholars, artists and writers from around the world. Thankfully you can still see their influence just about everywhere, as well as more modern thought-leaders, like the designers behind the Bauhaus movement. After spending the afternoon just wandering, I find it hard for anyone not to fall in love with Weimar the same way I did.

Walking the Merchant’s Bridge in Erfurt

In Medieval times many bridges also had thriving businesses on them, although only a few around Europe still exist. Erfurt’s Merchant Bridge is actually one of the more notable ones because it includes the longest series of inhabited buildings on any bridge in Europe. The city owns most of the shops on the bridge and only allows merchants selling traditional items or arts to take up residence, reflecting the heritage of the city and region. On top of the shops are apartments and, yes, people really still do live there. The bridge was built in the 1300s and today just 32 buildings are left, flanked on the end by the Church of St. Aegidius, the tower of which I also climbed. I had a great time exploring all of Erfurt, but I think my time on and around this colorful bridge was the highlight of my day. 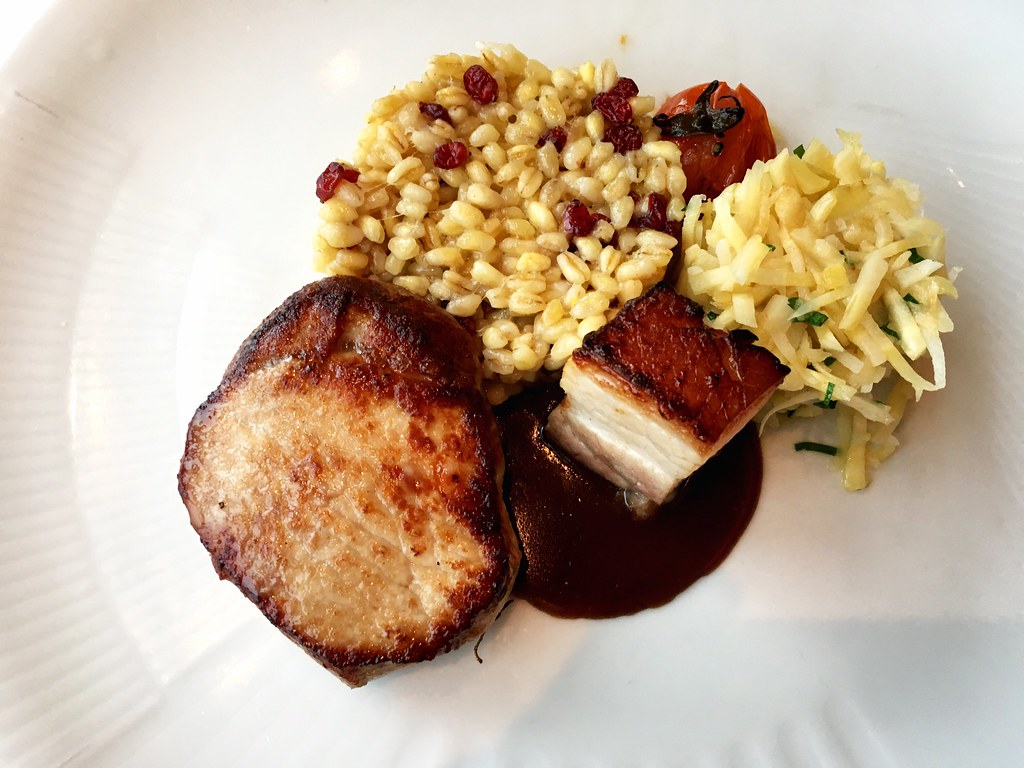 While I enjoyed every aspect of my stay at the luxury Wartburg Castle Hotel, the surprising Luther Dinner was probably my favorite experience. I didn’t know what a Luther Dinner was before traveling to Germany, but while spending the week exploring so-called Luther Country, I enjoyed this rustic meal a couple of times, but nowhere better than at the Wartburg. In general, a Luther Dinner is a meal that is inspired by what was popular to eat and drink in the 16th century. So, imagine lots of meat, stews, gravies and an absence of now-iconic ingredients like potatoes and sugar. At the Wartburg Castle Hotel, the chef took the concept and added a fine dining spin to it, creating one of the best meals I’ve ever enjoyed. Still paying homage to Luther, the locally sourced ingredients were creatively reimagined from baked saddle and belly of pork to an incredible honey ice cream, each course was also paired with regional beers and wines inspired by Luther. Food is an important part of the experience at the Wartburg Castle Hotel and after enjoying a meal I know I’ll never forget, I quickly understood why.

These are just some of the many highlights I enjoyed while retracing the steps of Martin Luther and the Reformation. I have so much more to say about my time in Germany, but these highlights I think go a long way to share what the overall experience is really like.