While I never make it the focus of my travels, if there’s an opportunity for me to visit a new UNESCO World Heritage Site, I always make sure I stop. In 1972 the UN, through the UNESCO World Heritage Committee, began recognizing important sites around the world that they consider vital in order to maintain the cultural and natural heritage we have all inherited. Even though I haven’t even scratched the surface of visiting the more than 1,000 sites in every corner of the planet, I have been to quite a few and think every traveler should make a point to visit them if they can. To show the width and breadth of this amazing collection of sites, today I want to share some that while impressive, mostly fly under the tourism radar and hopefully in the process this list will encourage your own UNESCO themed visits in the future.

Located in the wilds of Western Australia, the Shark Bay UNESCO World Heritage region may seem remote, but it’s well worth the effort to visit this remarkable area. Located near the popular beach resort Monkey Mia, Shark Bay is a popular place to explore either on your own or on a Jeep Safari. The striking red sand meets the azure waters of the Indian Ocean in a contrast that will take your breath away, but that’s not why it’s on the UNESCO list. It’s there thanks to its incredible flora and fauna, but especially the stromatolites at Hamelin Bay. Stromatolites are the oldest life form on the planet and the only place on the earth accessible enough for people to visit these prehistoric creatures is in the Shark Bay region. Aside from the prehistoric beginnings to life on earth, it’s just a fun place to visit, spending a few days to explore as one of the few tourists around.

Believe it or not but it’s not everyday I’m completely surprised by a new place I visit, but that’s exactly what happened to me while exploring Colombia’s coffee growing region. Massive coffee plantations abound along with mountains and cloud forests that seem as if they were plucked from the pages of a fantasy novel. It’s a beautiful part of Colombia, but this national park is definitely in a class all of its own. The Cocora Valley comes from the indigenous word for “star of water” and it’s certainly a cloudy, wet part of the country. It’s also home to Colombia’s national tree, the gigantic wax palm. It was this tree more than anything that transformed a simple hike into something extraordinary. The last place I’d ever expect to see these massive palms is high up in the Colombian Andes, a world of impossibly diverse shades of green and clouds that envelop you as you walk along. It’s a surreal almost magical place, which in large part defines Colombia. Arguably Colombia’s greatest author, Gabriel García Márquez is famous for his use of magical realism, which is a realistic view of the world that adds in magical elements. I couldn’t think of a better way to describe my morning tramping through the grasses and damp fields of the valley. It was real, but there was something else there too, something I could almost grasp but it kept eluding me. No doubt there’s magic in these hills, a special kind of effect that surely makes this one of the most extraordinary spots on the planet.

Sometimes the photos we see of cities on calendars or in travel magazines don’t quite live up to the reality. Within just a few minutes of walking around the Tallinn Old Town though I knew that not only did it live up to those lofty expectations, it well exceeded them. A UNESCO World Heritage Site, the Old Town of Tallinn is a special place to explore thanks to the colorful, medieval architecture and the history that seeps from the city’s pores. The capital of Estonia, Tallinn has a long history and its role in both the Hanseatic League (an early trading group) and in broader European politics has made it a very important city for a very long time. One of the reasons why it’s a UNESCO site is also what makes it so much fun to explore. The remnants of this rich history can still be found in a nearly intact medieval, walled city. These are increasingly hard to find in Europe due to war and hard times, but the colorful homes and shops in Tallinn look just as they have for centuries. There are plenty of great walks and tours through town, or you can just explore on your own. The downtown core isn’t that large and if you follow the rule of heading up, then you’ll see everything that makes Tallinn great. There are several small walkways to the top of the hills overlooking the city and nearby sea, and as I discovered the views are amazing no matter what time of year you visit. 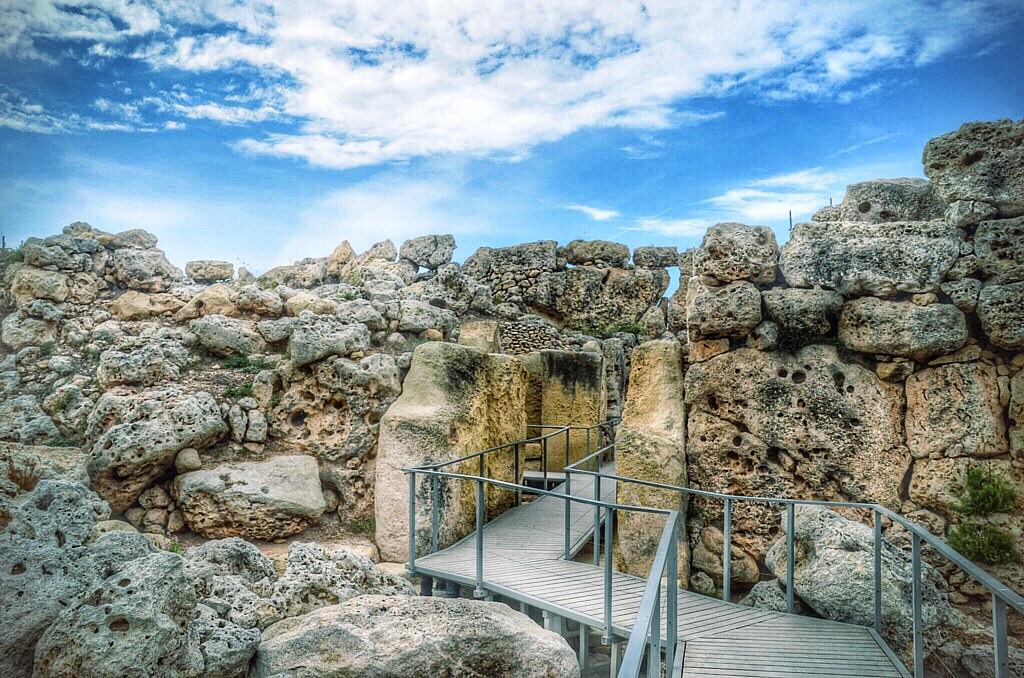 The Mediterranean island of Malta is today mostly known as a great place to enjoy some time in the warm sun. But the island also has an impressive history and it’s that history which drew me to Malta in the first place. The island nation’s history though extends much further back than most people realize, and it’s this ancient history that earned the megalithic temples a place on the UNESCO World Heritage List. Seven megalithic temples found both on Malta and Gozo are UNESCO World Heritage Sites and in my personal opinion they are not to be missed. More than 5,500 years old, the temples are some of the oldest surviving religious buildings in the world and just standing there in front of the entrance to these Bronze Age marvels is an experience almost like none other. My brain struggled to grapple with the crushing weight of history that this site has witnessed, from important ceremonies at the dawn of Western Civilization to events we will never fully comprehend. More than just an important historical site, the temple complex has a certain beauty in its own right. Looking around and gazing across the nearby valleys, you can immediately see why this spot was so important to our ancient cousins and you feel like the latest iteration in a remarkable chain of continuous reverence.

Maybe it was the bright sunshiny day, or maybe it was the city’s famous smoked beer, but whatever did it, I totally and completely fell in love with Bamberg. It probably sounds repetitive, but Bamberg too has an ancient history, and it too is recognized by UNESCO for its beauty and incredibly intact medieval old town. It’s also so colorful, much more so than I would have thought and with picture-perfect views along the river it was an afternoon I know I’ll never forget. The city’s Christmas markets of course only add to this festive feeling, from smaller ones around town to the massive central Christmas market in Maximiliansplatz.

Not far from the bustling city of Mantua is a far different town, one that when I visited was oddly quiet but captivating thanks to the unique lines and angles of the architecture and public spaces. I was in Sabbioneta, an early example of urban planning from the 15th century. More fortress than town, Sabbioneta was built by the powerful Gonzagas and the thick city walls and ramparts are all still completely intact. It was more than the defenses that interested me though, the grid pattern of the streets and the impressive squares and monuments are all what drew my attention almost immediately. Meant to impress, the Duke’s palace, the theater, churches and more are all on a scale and designed with a level of beauty that may have been representative of the era, but which are rare to find today. I wouldn’t recommend spending a lot of time there, but if you’re in Mantua definitely spend an afternoon or even a day exploring the strange little town of Sabbioneta.

The 12-mile wide Ngorongoro Crater is not your normal place. Usually referred to as a real-life Garden of Eden, unique conditions in the crater mean that many different kinds of wildlife call this pristine area home all year. While there were some individual moments I know I’ll always remember, the entire day spent there exploring was one of those experiences that define not just a trip, but a lifetime of traveling. It’s a one-stop-shop for African wildlife, from elephants wandering through the lush if not small forests to countless zebra and wildebeests, birds like the flamingo and more fearsome animals like Cape buffalo, hippos and multiple prides of lion. To experience the Ngorongoro is to experience the beauty of Africa in miniature and is natural exploration at its finest.

Monticello and the University of Virginia in Charlottesville (USA)

The US doesn’t have nearly as many cultural UNESCO sites as other countries around the world, but there is a special one in my home state of Virginia – Monticello. At first it may seem strange that of all the historic buildings around the country, particularly those associated with the founding of the Republic, that this small site in Charlottesville, Virginia should have been named to the all important UNESCO list. Even though it may not appear so, these are actually two of the most important structures in the country. Thomas Jefferson is known for a lot of things. He was the author of the Declaration of Independence, diplomat, statesman, Vice President and ultimately President of the United States. And yet, in spite of these impressive accomplishments, Jefferson was most proud of his work in Charlottesville, Virginia. Monticello and UVA are more than just pretty buildings, they are at the very heart of the American experience. They are the physical embodiment of Thomas Jefferson, without whom the United States could not have existed. More than just a living testimony to Jefferson, they symbolize the unique American ability to build on the old and make it into something entirely new and different. These qualities, as shown through the life and times of Jefferson, have helped shape the world as we know it.

What are some of your favorite UNESCO World Heritage Sites?

5 thoughts on “8 Random UNESCO Sites For Your Bucket List”