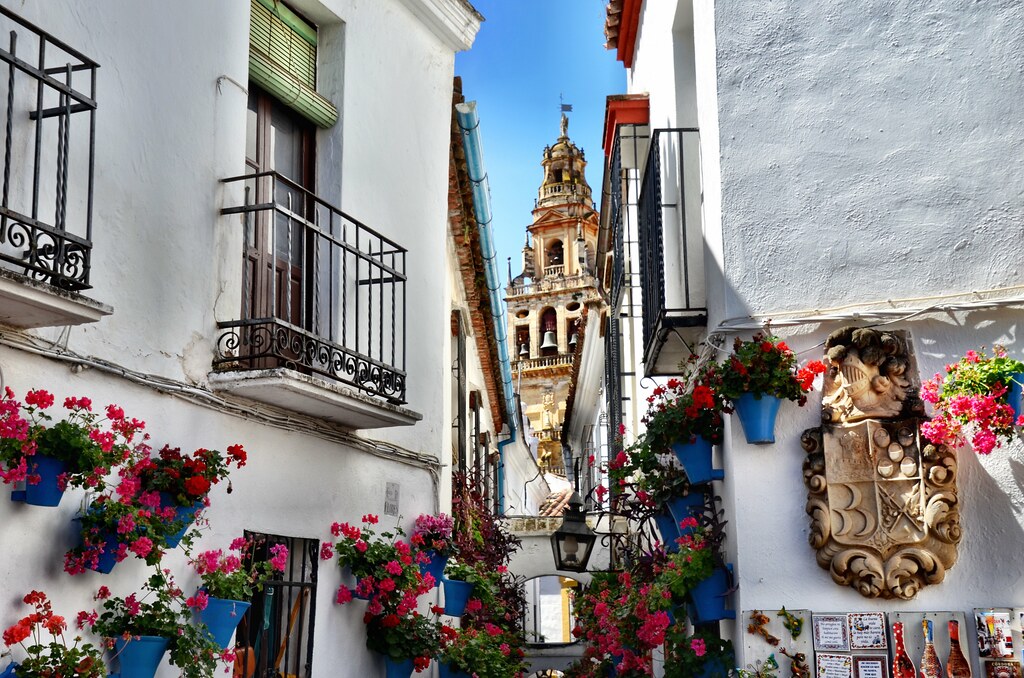 There were many aspects to my Abercrombie & Kent Connections Boutique Journey around the southern cities of Spain that I well and truly loved. Discovering new foods, learning about local traditions and going “behind the scenes” for a more intimate look at local life all count among my most favorite memories. But the sheer act of visiting smaller towns both new to me and ones I’d likely never otherwise visit also created memories that I know I’ll cherish for years to come. One of those cities new to me was colorful Córdoba; arguably one of Spain’s most important towns that I bet not everyone has even heard of.

The Main Attraction: Mosque-Cathedral of Córdoba

Immediately upon arriving our local guide promptly took us to what I later learned is the major attraction in a city full of them, the remarkable Mosque-Cathedral. I soon understood why as, even early in the morning, we found ourselves with hundreds of other curious visitors, all there to do one thing – marvel at what surely must be one of the most remarkable buildings in the world. What happened to me next only happens rarely, but I love experiencing it. I was in near constant awe of everything I saw to the point where I vacillated between standing there in dumb shock and trying to photograph as much of it as I could. In short, it looked like I was having a seizure when in fact, I was having the time of my life. 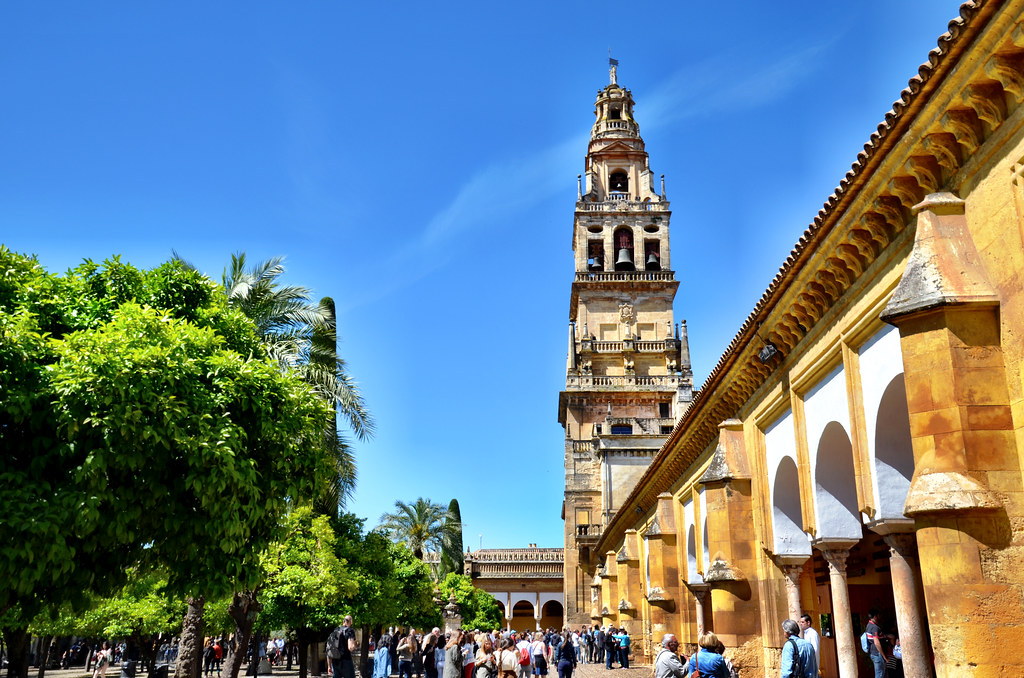 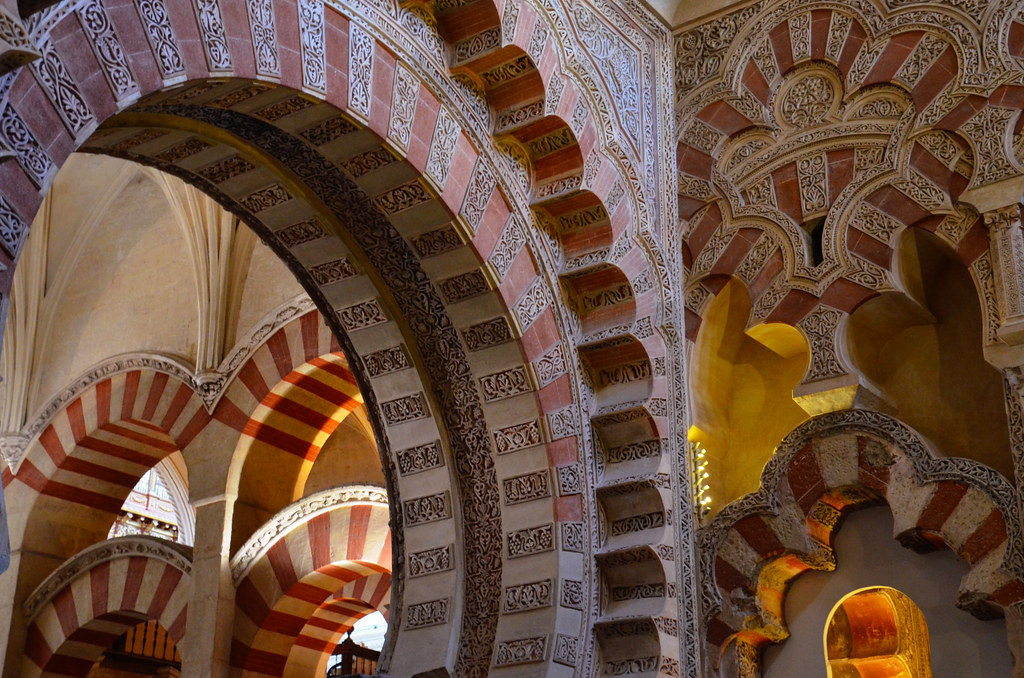 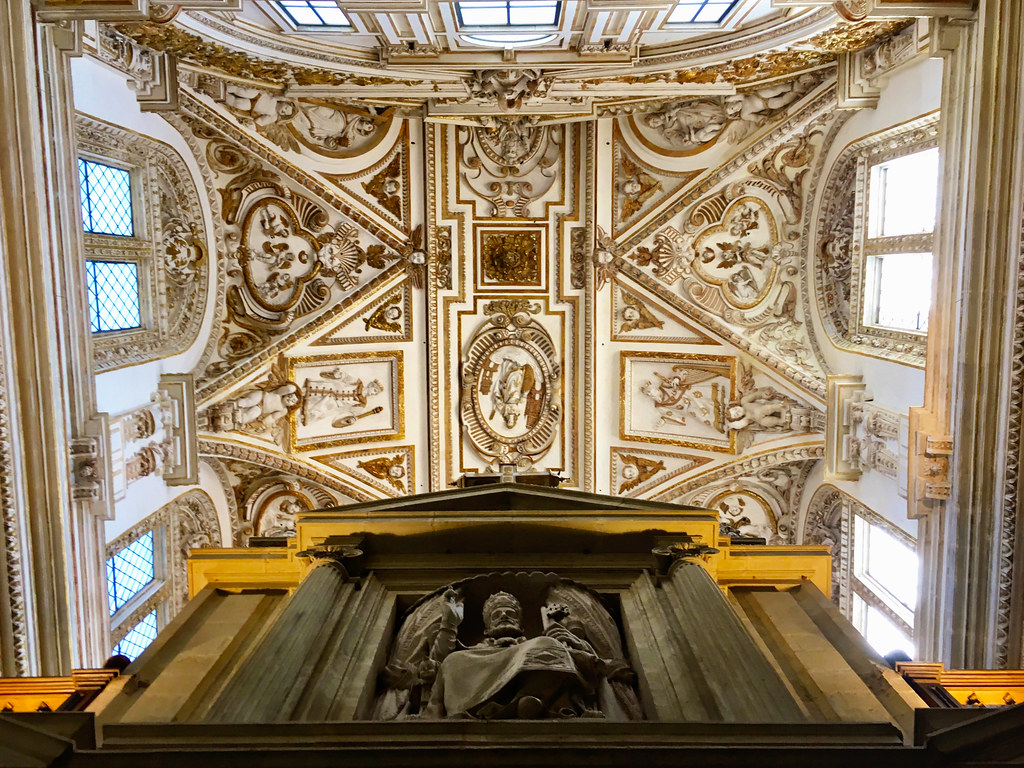 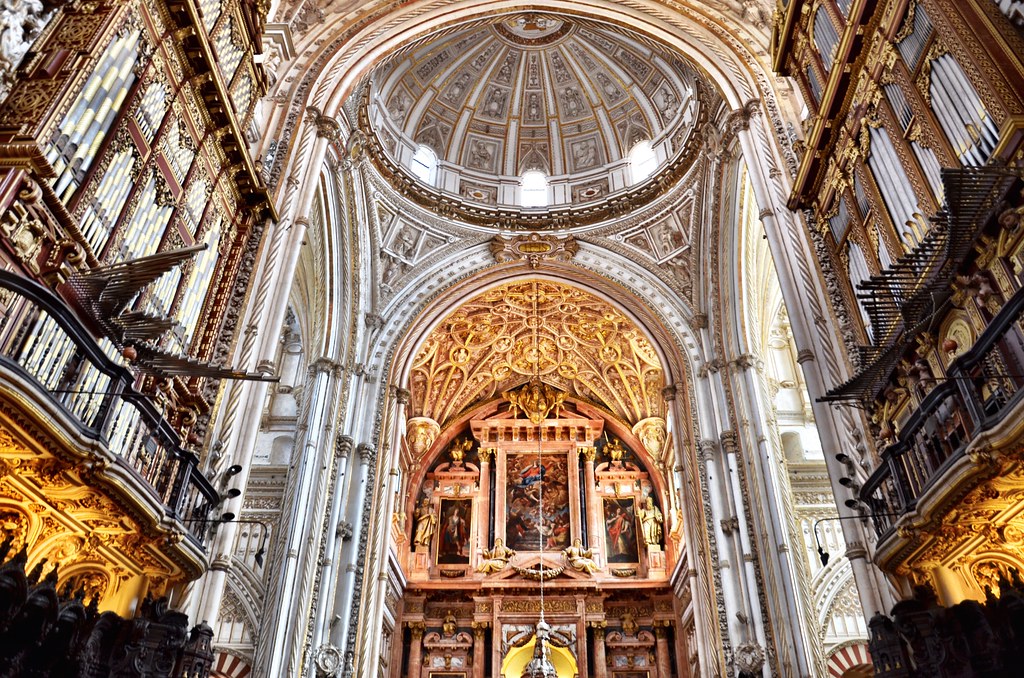 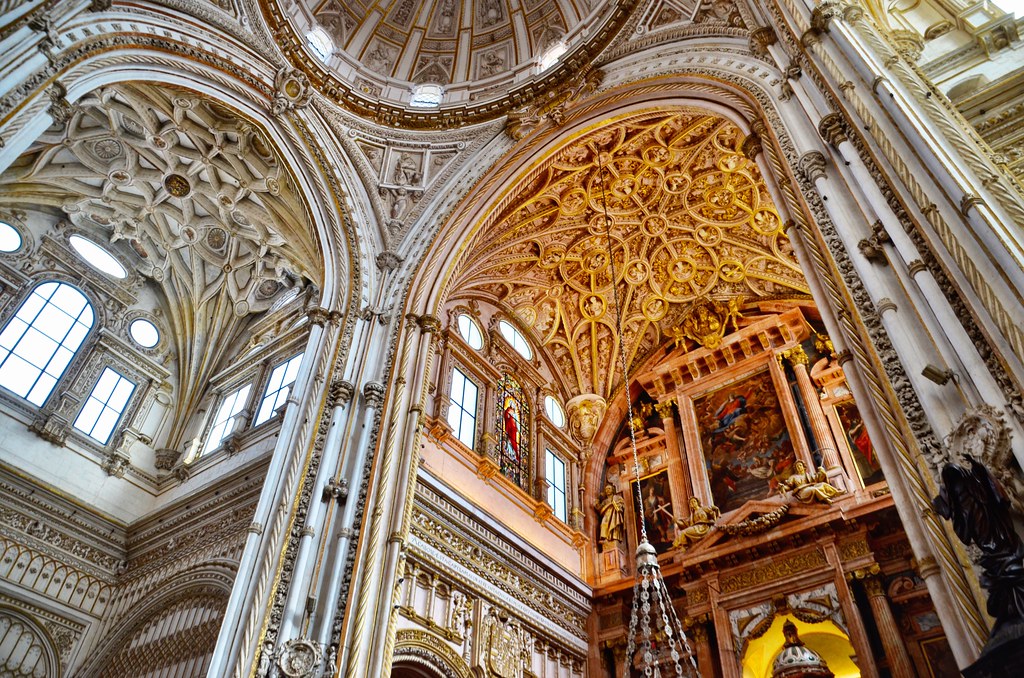 I’m not alone in this admiration for the massive building of course. Without going into a complete history lesson, there are a few salient points you should know. Córdoba has been an important city for a very long time, from the Romans to the Moors and later to the Kings and Queens of Spain after they took back lands from the Moors. The Mosque-Cathedral encapsulates almost the entire history of human occupation going back nearly 2,000 years. This evolution of the massive complex can be seen throughout the buildings, starting with the early Christian church, which the Moors turned into a Mosque and then the incredible Cathedral, grafted onto the existing Mosque. It’s an incredibly unique and downright curious combination of architectural styles and designs and it’s an important part of Western civilization that we’re lucky to still have today. The Cathedral is also an active place of worship, and while I’ve visited hundreds of churches and cathedrals around the world, this one truly took my breath away. The entire complex really is unlike anything I’d ever seen before and by the end of our expertly guided visit, I understood why this and the entire Córdoba Old Town is recognized by UNESCO for its unique contribution to world civilization. 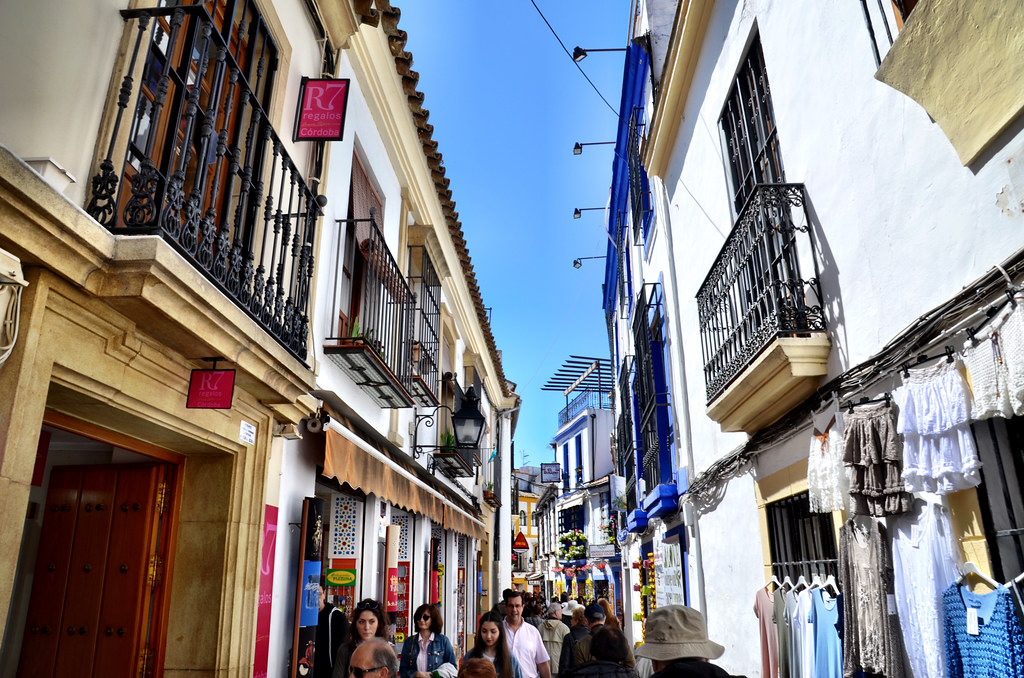 Home to Europe’s second largest Old Town, it shouldn’t surprise anyone that the historic section of Córdoba is colorful and lively. It was also packed with fellow tourists as we slowly meandered along the ancient streets, passing from one flower-filled byway to the next. Flowers, as it turns out, are important to the city, which is home to an annual festival celebrating them. Thanks to the warm, and sometimes downright hot temperatures, tropical plants and flowers have found a permanent home in this lively Spanish city. Walking through Córdoba’s Old Town though is about much more than admiring the flowers; it’s an important walk back through history as well. Prior to the Spanish Inquisition when everyone in Spain was forced to become Catholic, Córdoba was home to a large and important Jewish community. 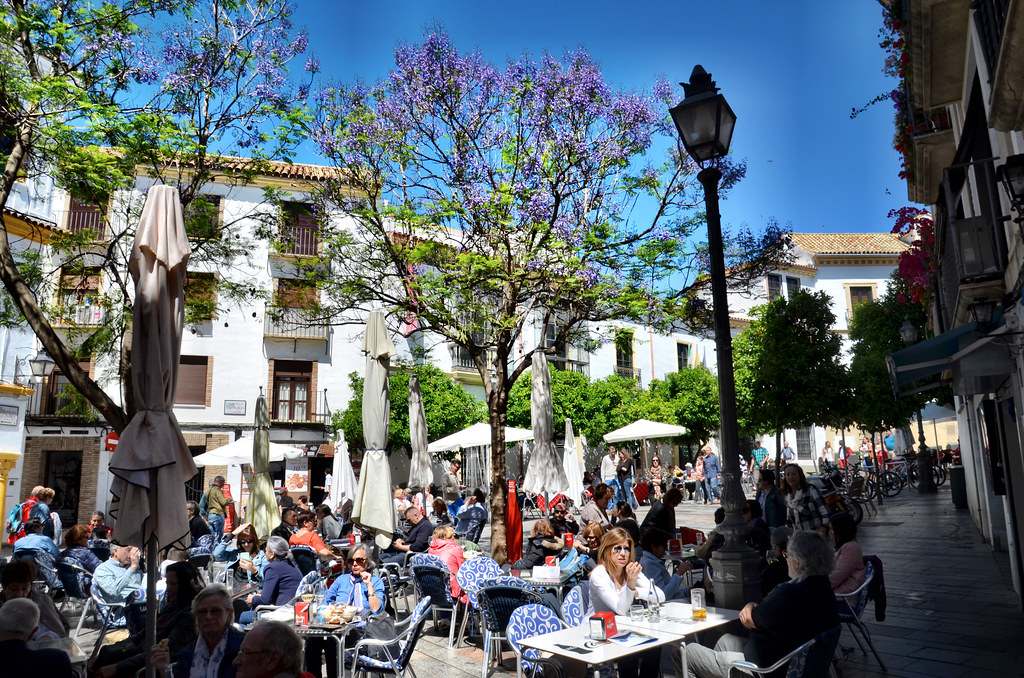 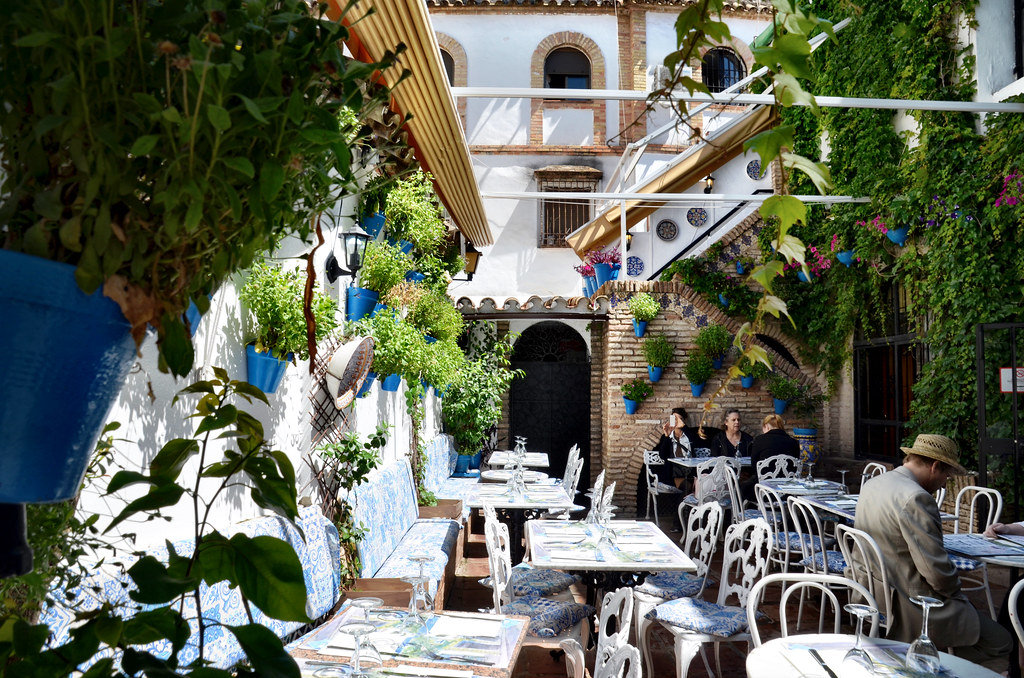 Sephardic Jews lived along the Iberian Peninsula for more than a millennium, working and living as out and proud Jewish residents. They prospered during this time but, sadly, all of that came to an end in the 15th century when all non-Catholics were expelled from Spain, forced to convert or killed. But today we can still see the importance and influence of the Sephardi in Córdoba, especially during the 11th and 12th centuries when Córdoba was the star of Western Europe. Home to an independent Caliphate, Córdoba was a center of learning, commerce and intellectualism, all during the Dark Ages when the rest of Europe had fallen centuries behind. The city rivaled the other great centers of learning in the world from Damascus to Baghdad and beyond, a beacon of light on an otherwise very dark European continent. Armed with this knowledge, I found new meaning in the design and architecture of the city, as well as the many statues and monuments to important scholars who once called the city home. Today Córdoba may be known as a tourism Mecca, but it was once a city that rivaled the real Mecca in nearly every way.

It’s not often that I find a city that I want to visit more than once, but Córdoba quickly entered into that category. Enjoying a day there was a highlight, but there’s still so much more to the city that I know I missed, that I know is just begging to be discovered. From the ancient Roman walls still surrounding the Old Town, to quiet little alleyways home to shops and cafes, Córdoba is a city that begs for aimless wandering. No matter how much time you spend in town though, be sure to make the visit in the first place. Thanks to my tour with Abercrombie & Kent I discovered the magic of this Andalusian city, a destination I honestly probably would never have otherwise visited.

2 thoughts on “A Spanish City You May Not Know But Should: Colorful Cordoba”