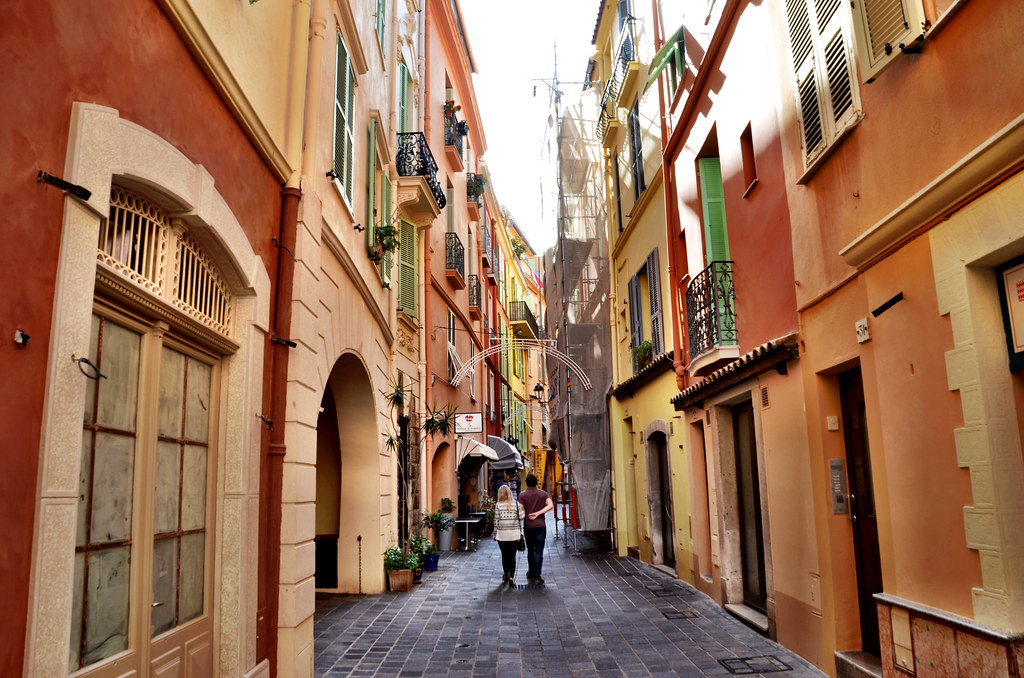 As a dyed I the wool Gen-Xer, I naturally believe that those lucky individuals born between the years 1965-1980 are members of one of the greatest generations history has ever seen. Wedged in between two larger, and more vocal, generations we have quietly plugged away creating the world that we all enjoy today. We didn’t invent the Internet, but we perfected it. Our patronage transformed the $.50 cup of coffee into a $5 extravaganza of flavors and our own unique musical stylings had reverberations still being felt today. We remember watching those freaky kid’s shows like “H.R. Pufnstuff” but we also are pretty good at navigating The Internet of Things. We are the bridge between not only generations, but entire ways of life and it is to this remarkable group of individuals that I address this post today. We don’t think like Boomers or the self-absorbed Millennials. We know we’re different and special and that we’re still changing the world. But this unique mindset affects our lives in ways we may not even realize, and that’s especially true when it comes to travel. We are often neglected by the travel industry, and that’s frankly our own fault. So take a read my fellow Gin Blossoms listening, flannel wearing friends and heed these words.

If you stop to think – really think – about your life, I believe like me you’ll realize that a lot of what we all do is fear based. We’re afraid of making our significant others angry, so we don’t criticize when perhaps we should. We’re afraid of being wrong, so we don’t always speak up at work. We’re afraid of making big decisions, because of the ramifications they could have; and so on. A lot of what we do, from the small stuff to epic, life-changing decisions are all based on fear and that is especially true when it comes to travel. Whether people admit it or not, what keeps many of my fellow Americans from traveling more isn’t budget or time off from work, it’s fear. It’s a fear of the unknown, fear of the other and fear just for the sake of fear. The great thing about the travel experience though is almost immediately you realize how silly all of those fears are, but you have to take that all-important first step. We also fear making mistakes. Travel experiences are an investment, big investments, but investments all the same. We want the vacations we take to be perfect, and it’s this fear of disappointment I think that keeps many folks off the road. They think that a dream trip is too far fetched a concept, when in actuality there really is no such thing. Every trip can be a dream trip if we plan it right. So don’t be afraid, save your money and book those tickets – believe me, you won’t regret those initial baby steps into the wide world of travel.

Let’s be clear, I don’t consider 41 to be old and I’m hopefully many decades away from being any more doddering than I already am. That doesn’t matter though, because the truth is that none of us really know how long we have until we shuffle off this mortal coil, and instead of putting things off or waiting for a better moment, we need to live the lives we have today and not the ones we might have tomorrow. For years, years, I worked in jobs I didn’t like because I felt like I had to. I felt like there was no other path in my life and that I just had to learn to deal with the unhappiness and lack of motivation that came from that lifestyle. That was wrong. What I failed to realize that none of us are on a rigid path, we all zig and zag on a daily basis and that to accept these deviations in our lives isn’t only ok, it’s necessary. Looking at the kids today, Millennials, they seem to understand this in a way that my own generation (Gen X) and definitely my parent’s generation (Baby Boomers) do not. It’s a matter of the times in which we live, no doubt there. My mother was raised by parents who were always haunted by the specter of the Great Depression and World War II, which meant finding a job, any job, and working at it as hard as you can until you die or retire. If you do retire, that’s when you can have some fun. That lesson was handed down to me and I accepted it for a long time, too long. It was only when I was thankfully pushed forcefully off of that path that I saw it for what it was. Not a single lonely road, but part of a great collection of paths and avenues, all waiting for me to try them out. If we want to change our lives or if we want something more in our lives, we have to act on that today, because tomorrow is frankly far too late. Go, plan that trip you’ve always wanted to take and don’t look back. Life isn’t about the past, it’s about continuously moving forward.

Accept That You’re Not a 25 Year-Old Backpacker

1994 was a great year. Bill Clinton was President, grunge music and flannel were all the rage and we were in the prime of our lives. For me, I had just graduated high school and was starting college, embarking on a new and exciting chapter in my life. We could do no wrong, we were the champions and heroes of the 1990s. We didn’t invent the Internet, but we perfected it and helped usher in the tech-driven 21st century from which the kids of today are now benefiting. But guess what, we aren’t those Doc Marten wearing, Columbia House CD buying, friendship bracelet collecting people anymore. We’re older, greyer, maybe a bit pudgier and we would prefer not stay up too late if we can help it. But many of the values that defined Generation X in the 1990s, continue to define us even in this new and slightly confusing millennium. We saw what our parents did to the world, the Cold War and the excess of the 1980s and we wanted no part of it. Whenever folks of my generation want travel advice, it’s for the unexpected, the offbeat and the non-touristy options. That’s fine, but sometimes we have to realize that we aren’t Ethan Hawke or Winona Ryder; we aren’t the cool kids anymore. Instead we have kids, we’re soccer moms and dads and drive minivans. When you travel, don’t try to be someone you’re not. So in addition to those offbeat places, also embrace the corny and the touristy, go to the major sites and have fun. I’ve said it a million times, but popular sites are popular for a reason. They’re usually amazing. By falling back into our counter-culture, anti-mainstream ways we deprive ourselves sometimes of amazing experiences for no good reason.

I still remember when I first figured out what email was, although the concept of the Internet still eluded me. I used Pine to access my university account, something I rarely checked and never really thought about. It’s strange to see how far we’ve come so fast. Today I, and most in my age group, aren’t just Internet savvy, we’re permanently tethered to a wide variety of technological devices. We’ve forgotten what the world of our youth was like but, sometimes, when we travel it’s important to go back to those times and simply disconnect. So, pledge with me that on your next trip the phone, camera or laptop will be put away for at least a few hours a day so that you can vacation in the way God intended, happily and with attention focused entirely on discovery and exploration.

Most of my friends all have kids and of varying ages, from high school to newborns. But almost all of them say the same thing to me, they don’t want to take any big trips with little kids. What I don’t necessarily understand is why not? Sure, there may be some extra hurdles for families that I don’t have to deal with, but I see families traveling all the time. Not only is it good for the parents to travel with their kids, but I think it’s essential for children to be exposed to the travel experience as early as possible. There’s an inherent education we receive when we travel and that’s especially true for young kids. Trying new foods, seeing alien landscapes and meeting people who speak different languages aren’t just nice things for children to experience, it’s vital in their development. By traveling from an early age, your kids will be smarter, more socially and culturally aware and more patient than their friends of the same age. Travel at its core is all about education, so why wouldn’t you expose your kids to that? 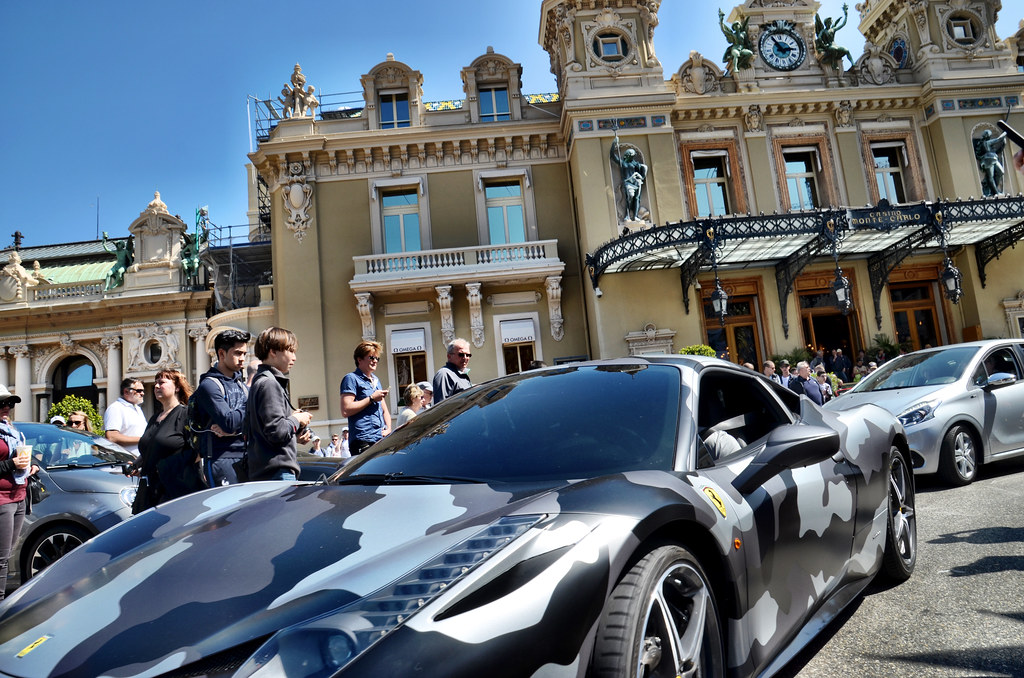 In true Gen Xer style I, and many of my brethren, know that we’re the best at what we do and travel is no exception. While the Millennials may now be spending slightly more than we are on getting away from home, we are changing the meaning of what travel really is. Every article I read about luxury travel seems to all make the same point – that the new luxury is a mix of active exploration with comfortable digs and accouterments. Who do you think led this revolution? It wasn’t the Boomers, who are happiest on a tour or in an RV. And it certainly wasn’t the Millennials who, although they’re aging, still think a luxury hostel is the height of decadence. We Gen-Xers are the ones who reshaped the meaning of luxury travel, as we decided to see the world on our terms and not be pigeonholed into one particular style. And you know what? We’re still doing it.

We are forcing entire industries into new ways of doing business. While at a travel press event last year, I chatted with executives who in hushed whispers told me that their target audience was slowly shifting. In what shouldn’t have been a surprise, they said that 30-40-somethings were now expressing interest in a style of travel that only ten years ago was relegated to octogenarians and the barely breathing set. This has forced them into entirely new ways of doing business, ensuring WiFi is available and having a less structured schedule for guests. While the travel industry and the media seem to ignore Generation-X, they shouldn’t count us out just yet. While we may not have the retirement money of the Baby Boomers or the free time of the Millennials, we aren’t done bending the world to fit into new ways of thinking. We changed the way the world works and through our cynical, over-achieving ways we and no one else created the information age that we enjoy today. We are solipsists in the truest meaning of the word and as such, will continue to look at the world in an admittedly self-obsessed manner, but one that ultimately is revolutionary in its own, coffee drinking, sarcasm hurling way.