My first trip to Strasbourg, France was a couple of years ago while on a river cruise. I enjoyed my visit, but since it was short and my first time in the city it was all about seeing the major sights. That’s one reason why I was so excited to once again spend some time in this gorgeous Alsatian city as part of my drive around the Upper Rhine Valley region. It was the opportunity to explore this dynamic city a little more and to learn about Alsatian culture on a deeper level. My favorite way to do this is the same wherever I go, through food and in Alsace that meant joining a Strasbourg food tour offered by Food & City Tours. Through the course of an afternoon I didn’t just taste some incredible bites, but I learned a lot more about this at-times complicated part of France.

What you should know about Strasbourg

Located in northeastern France, Alsace has alternated between German and French control several times over the centuries, but especially in the 20th century. There are many stories of people who changed nationalities three or four times without ever having even moved from their homes. This unique commingling of cultures has led to cities and towns in France that are decidedly un-French. Instead they are a curious and fascinating mix of German and French styles and sensibilities, in the process creating one of the most interesting regions of Europe that I’ve ever explored.

A large city, Strasbourg is necessarily a busy one, not only serving as the regional capital but also as the official seat of the European Parliament. This is a city of busy people, politicians and the thousands of professionals associated with them. But it’s also an ancient city, like so many in this part of the world, with the Romans using it as a military outpost. And ever since then Strasbourg has also been an intensely important city, playing a key role in any number of empires, wars and regional squabbles. All paths seem to lead to the city’s star attraction, the massive Strasbourg Cathedral, the world’s fourth-tallest church and where I also met my guide for the day as I was immersed into all things Alsatian. 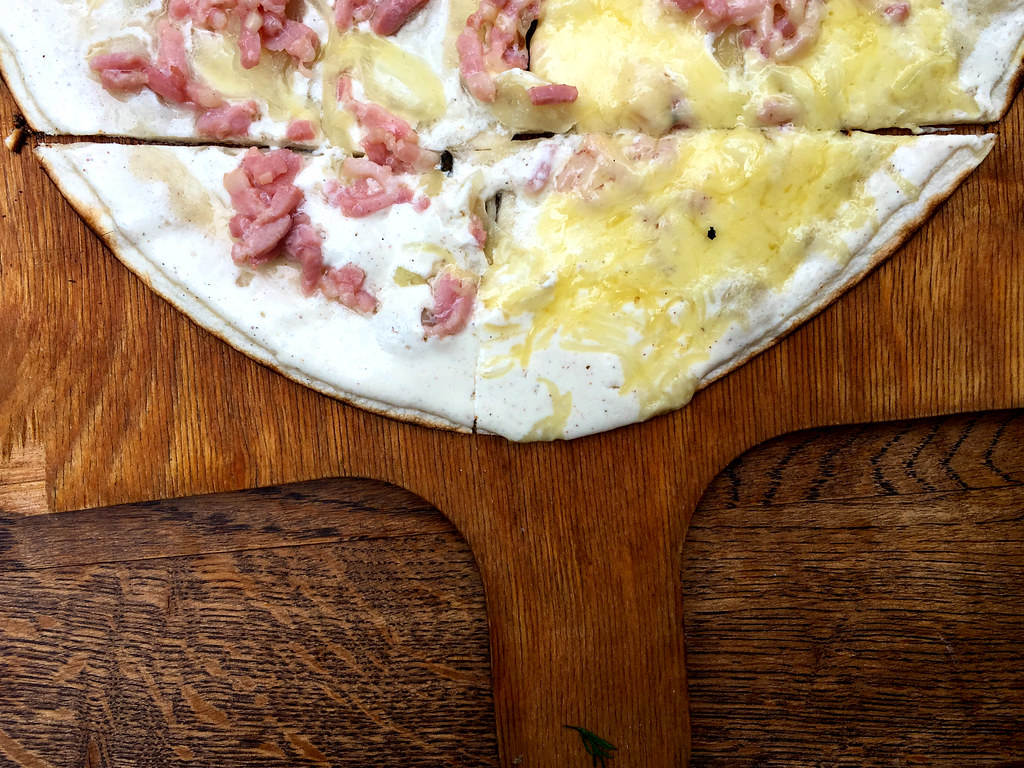 The food of Alsace reflects its turbulent history as well as its unique location along the modern French-German border. Pretzels are by far the most popular snack food and I saw more for sale in Strasbourg than anywhere I’ve visited in Germany. But Strasbourg is about so much more than pretzels, as I learned at the first stop of the tour at a local wine bar for another popular dish, the tarte flambée. Also known as flammkuchen, this really is one of the cornerstones of Alsatian cuisine. It started out as a Sunday snack to be enjoyed with friends and family but today is ubiquitous throughout the region. And like all great snack foods, it’s deceptively simple. Dough is thinly rolled out into a rectangle and then is covered with crème fraîche, thinly sliced onions and bits of bacon or lardons. This pizza-like concoction is then cooked in a wood-fired oven, creating a comforting and filling snack in the process. While onions and lardons are the traditional toppings, today you can find just about anything added to them from escargot to salmon and everything in between. 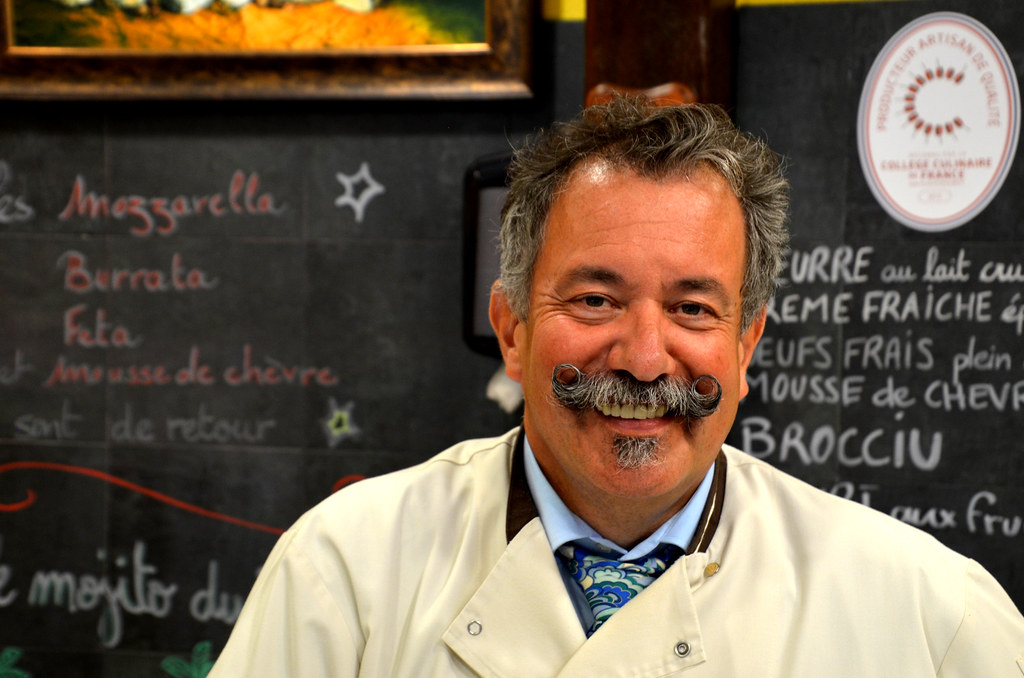 Wine and cheese is another one of those important Alsatian culinary bedrocks, and the light wines made in the area are amongst the best in the world. But I was far more interested in the local cheeses and found the perfect cheesemonger to teach me everything I needed to know. A family-run shop, La Cloche a Fromage sells more than 200 hundred cheeses from around the world, although my interest was centered solely on the Munster cheese for which Alsace is so well known. A somewhat strong tasting but soft cheese, this cow-milk product is by far the most popular and well-known cheese in Alsace. Originally made in the town of Munster, monks were the first to produce this yummy cheese as far back as the 14th century. And you will find it throughout Strasbourg including my favorite preparation, topping a piping hot tarte flambée.

Sweet treats thankfully also played a prominent role in my crash course in Alsatian cuisine including the distinctive Kougelhopf cake. Almost a city symbol, they also are ubiquitous around town in a variety of both sweet and savory flavors, but the classic is simply a yeast bread with almonds and raisins. Made in a special pan, some think it also provided the inspiration for the American Bundt cake. It’s a dry bread though, so be sure to enjoy it with some coffee or tea.

I love food tours not only for the tasty bites, but also for the cultural and historical lessons that are shared as a result. Food is, I think, the most important aspect of the travel experience because it is through food that we learn the most about a new place and its people. An added bonus to a great food tour is also seeing the town, and in Strasbourg that meant some iconic sights as well as lesser-known ones. My Strasbourg food tour guide for the day did a fantastic job of incorporating all of these elements seamlessly so that I walked away not only full, but also with a better understanding of the city and region. Ultimately that’s what any great tour will do for us. It’s rare that we remember all of the facts and figures, but we remember how we feel. For me, that meant a deeper appreciation of Strasbourg, certainly one of the most interesting places to visit anywhere in the Upper Rhine Valley.