I’ve lived in the metro-Washington, DC region for 17 years. That’s a long time and even before moving here permanently, I’d visited many times. So the National Mall and the incredible Smithsonian Institution museums lining it are not foreign to me, although I rarely visit them. Sadly, I suffer from the same disorder that affects millions of us – I very rarely play tourist in my own city. So, it was with keen anticipation that I waited for my docent in front of the National Air & Space Museum for an in-depth examination of the space race. I’m working with Context Travel throughout the year to highlight some of their tours around the world, but I’m certainly no stranger to their walking tour experiences. I’ve been patronizing them for years because, unlike so many other companies, they offer walks that are completely different from anything else offered. As one of their Deep Travelers, I’m proud to say that Context and I both agree that travel is an education, one born from a natural cultural curiosity. That education doesn’t have to happen far from home either, it can occur even while playing tourist in your own city. 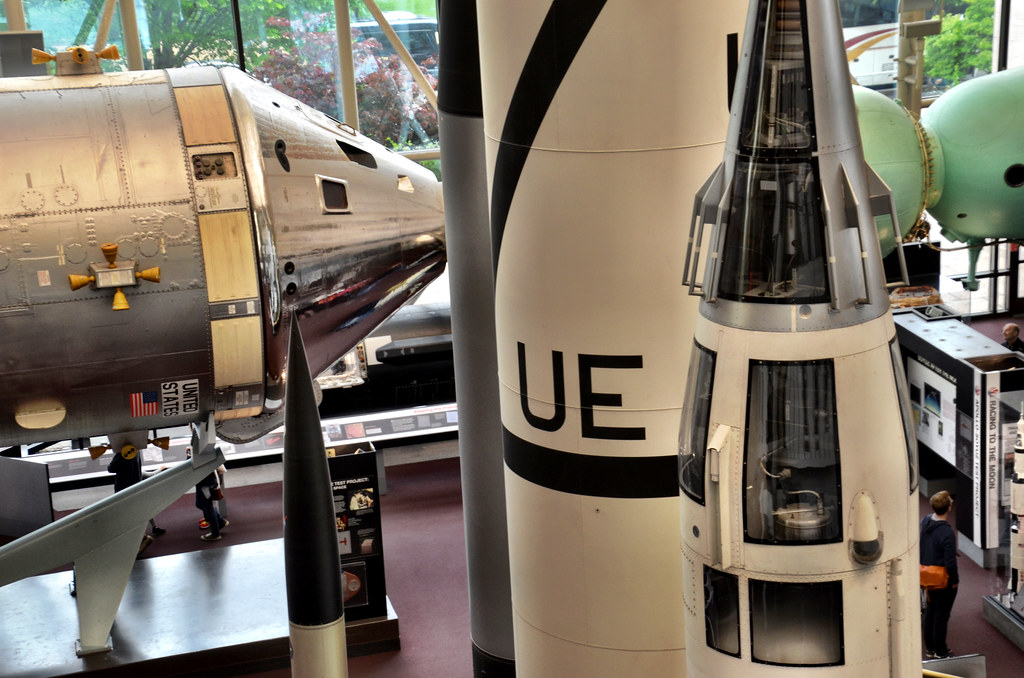 I’m pretty sure that the last time I was at the National Air & Space Museum I was 8 or 9 and my sole interest was in buying astronaut ice cream. So, I was essentially a blank slate as we walked into the massive lobby, but I was excited to learn more about the space age. The tour is a comprehensive one, starting with the first scientists who worked on rocketry to the modern era and the International Space Station. My background is in International Relations, and I was thrilled to learn that the guide shared the same background, although with an emphasis on space policy. So it was with a mutual interest of sorts that we walked through the light and airy museum. Immediately though I figured out that my own knowledge of the space age was sorely lacking. Ultimately that was a benefit, giving the docent my full attention as she brought to life the fears of the Cold War and the sheer luck and ingenuity that enabled man to reach the moon. The ‘60s were a fascinating time for scientific advancements and I can only imagine what it must have been like to follow the space program throughout the decade as it reached each new milestone, year after year. More than just scientific achievements though, the guide also put the entire program into broader context. 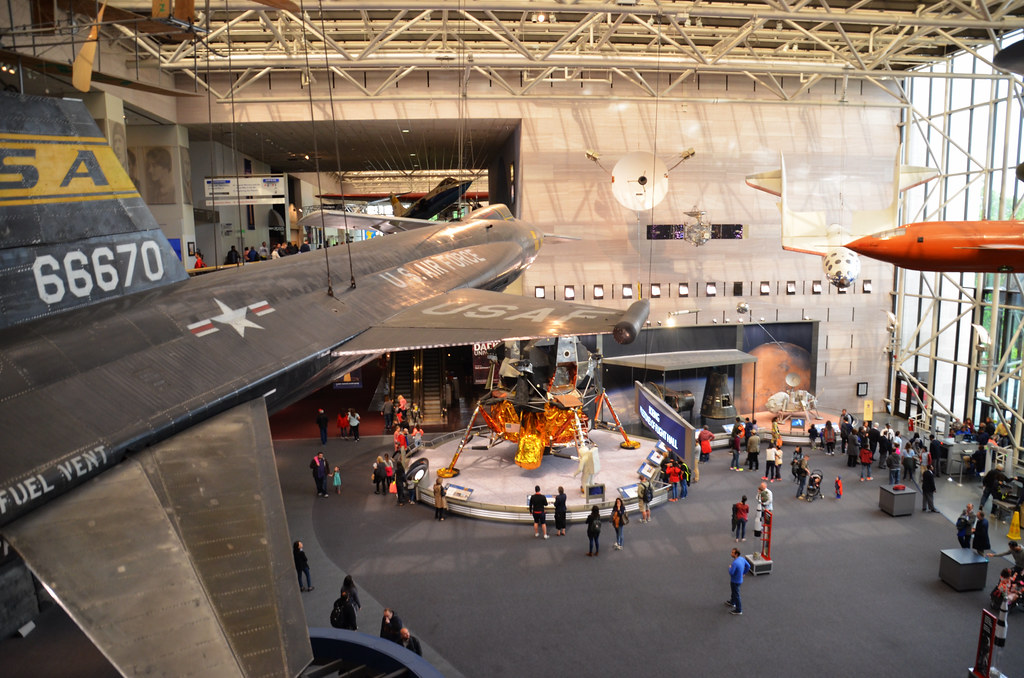 The space race was ultimately a political issue, our goal to reach the moon not born of scientific curiosity, but very real security and geopolitical concerns. By the end of the three hours spent walking around the museum, my brain was full with facts and figures sure, but more importantly I learned about the cultural context that not only made the space program possible in the first place, but which enables it to continue today and hopefully well into the future. My Context docent made the museum come alive in a way I didn’t think possible, which again made me start reconsidering how I visit any museum. 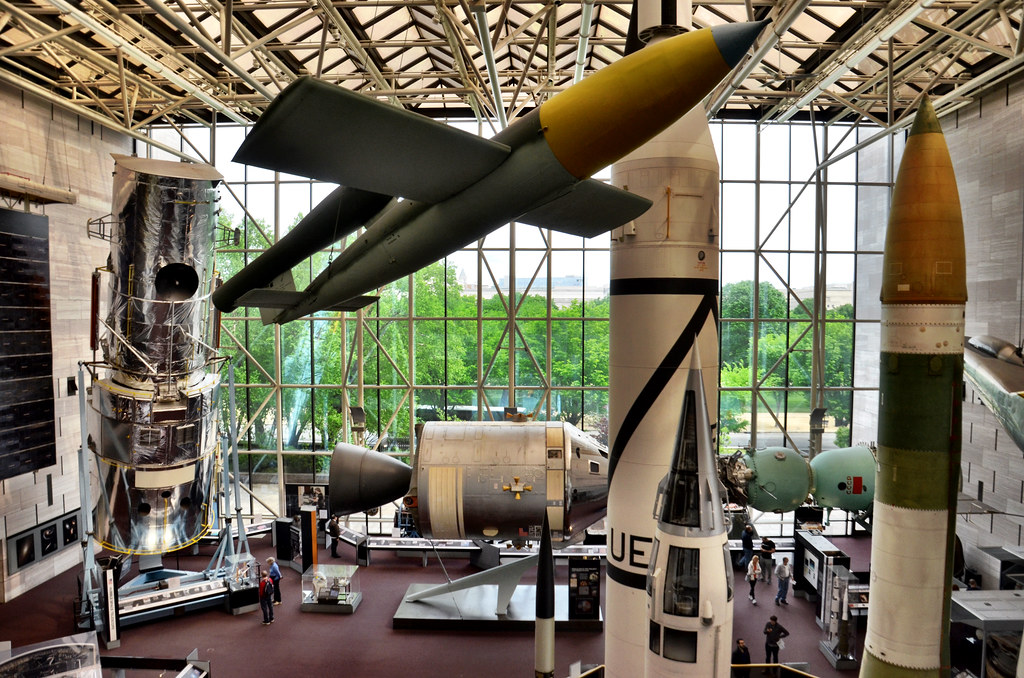 Importance of Visiting a Museum with a Guide

This is a very recent revelation for me, as in the last couple of weeks, and while I intend on devoting an entire post to it, I want to briefly touch on the topic here today. I like museums, well, depending on the subject matter and have always thought myself intelligent enough to navigate them without assistance. I can go at my own pace, reading the placards and getting a general understanding of the materials on display. That’s what I thought, at least, but I think I have been very wrong about that. The Context Air and Space Museum Tour is a fantastic example. For nearly three hours the docent shared with me the history of space exploration, from the early 20th century to today. I learned much more on the tour than I could have ever imagined and not once did I find myself checking the time or wondering what was next. The docent had commanded my total and complete attention as we walked around the Air & Space Museum. But, we really didn’t walk around very much of it. For three hours we covered what is ultimately a small area of the museum, and yet it felt as if we’d thoroughly examined every exhibit. Due to the background and incredible knowledge of the guide, she was able to draw out information even from the smallest of exhibits. Stopping at small placards I would have simply ignored had I been on my own, she not only brought the space age to life, but also shared the incredible impact geopolitical and culturally it had on society. Had I walked around the same space by myself, it would have taken 30 minutes at most, I wouldn’t have read half of the displays and there is no way I would have learned even a tiny percentage of what I did finally walk away with. She brought the museum to life in a way I could never have done on my own, proving to me yet again that a museum guide can transform the experience no matter your knowledge or even interest level. It’s a fascinating thing for me to continue to ponder, but I really can’t imagine seeing a museum as comprehensive as the National Air & Space Museum without the assistance of an expert.

We all visit museums for a variety of reasons. Some we visit out of obligation, we HAVE to go there. Others we have a genuine interest in, but not nearly enough time to give it proper attention. Regardless of our initial motivations, we owe it to ourselves to maximize our time at these institutions and to get as much out of the experience as we can. After visiting a few museums with guides, I think that I can safely say it is crucial at times to have an expert tailor the museum experience for you. I know that with a guide I have learned much more from the experience than I would have otherwise, which also means I had a much more pleasant time. Travel should be fun, whether close to home or not, and museums play a big role in our experiences, as long as we give them the respect and attention they so very richly deserve.