Although my time in Bogota was brief, one fact stood out almost more than any other: the citizens of the city are amongst the most creative I’ve ever seen. They value the arts in a way that all cities should aspire to and that unique flair for aesthetics is perhaps best seen in its remarkable, and nearly unparalleled, street art. Traveling around Colombia with the travel company Monograms, I had a lot of freedom in deciding what to see and do in the various stops. Knowing that, I spent a lot of time before the trip researching what to see and do in Bogota and one result kept popping up again and again, the now famous Bogota Graffiti Tour.

In 2011, two graffiti/street artists decided to share the best of Bogota’s street art and to promote their craft as just that, a form of artistic expression and not vandalism. Since then, the tours have expanded but are largely centered in and around the trendy La Candelaria neighborhood of the city, not far from the historic center. Even more amazing, the tour is free, although tips are strongly encouraged and, from my own experience, very well deserved.

For years, the street artists of Bogota practiced their art in spite of laws clearly forbidding it. Then, a few years ago, the rules were lifted partially, allowing more honest and imaginative artwork to appear on the streets of Bogota. While the laws and politics of graffiti have shifted in recent years, the art form has never been more popular, even if it exists in a sort of legal grey area. Technically speaking, most of the artwork around town is actually commissioned by the owners of the walls and buildings on which the art is displayed. It’s frankly in the owner’s best interest to seek out street artists. Otherwise, graffiti taggers would litter the walls with sloppy work, clearly a blight not only on the buildings but the entire city. So most of the famous examples of street art in Bogota exist legally and not only that, but the top graffiti artists from around the world travel to Bogota for the chance to add their own vision to the walls of the city. 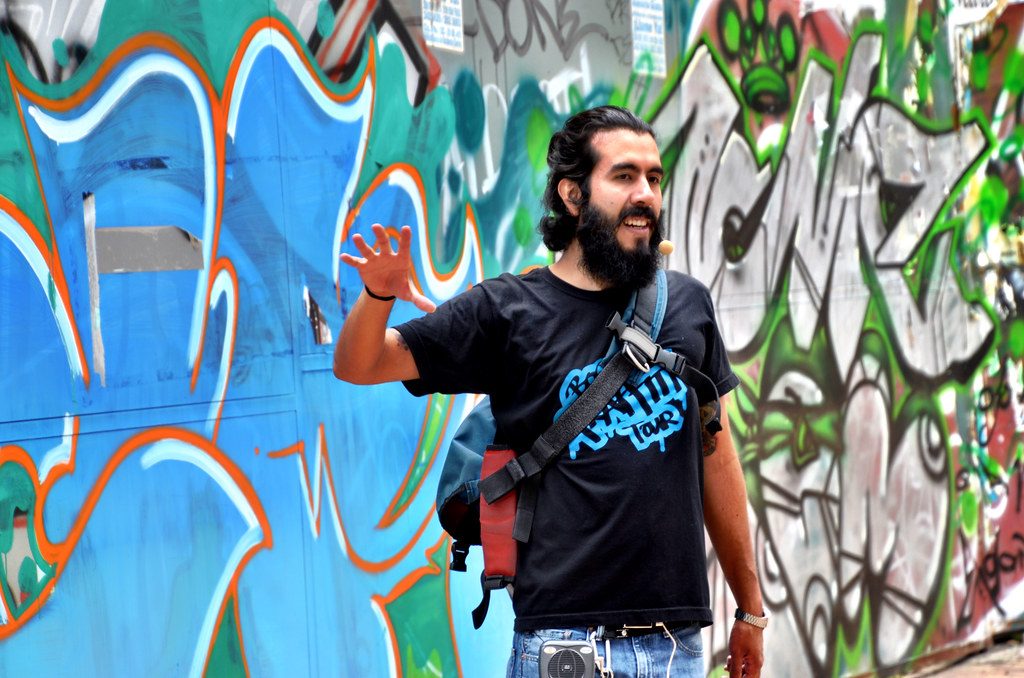 Arriving to the meeting place, I was expecting a few other folks to be on the tour, but not the veritable crowd that showed up in the middle of the week. Free is always a draw, but really it’s the global reputation that the street art of Bogota has earned over the years that brought folks to the tour that morning. Led around town by the affable Carlos, those few hours were amongst the best I’ve ever spent on a walking tour. Street art in Bogota isn’t just about creating pretty pictures. For decades there have been important messages interwoven into the colorful images. Commentary on the complicated politics of the country, the violence which used to rock the capital and the struggles between rich, poor and the emerging middle class in Colombia. The country is very much one of the have’s and have not’s, and the powerful images created by homegrown and foreign artists alike reflect these sometimes-tough times. It’s not all deep thoughts and heavy-handed philosophies though, some of the artwork exists to either complement the building on which it’s painted or to just add some whimsy to the neighborhood. What’s important though is to stop and look, really look at each painting and to find the inevitable meaning sometimes buried deep within it. It adds a layer of complexity to the city that I frankly wasn’t expecting. 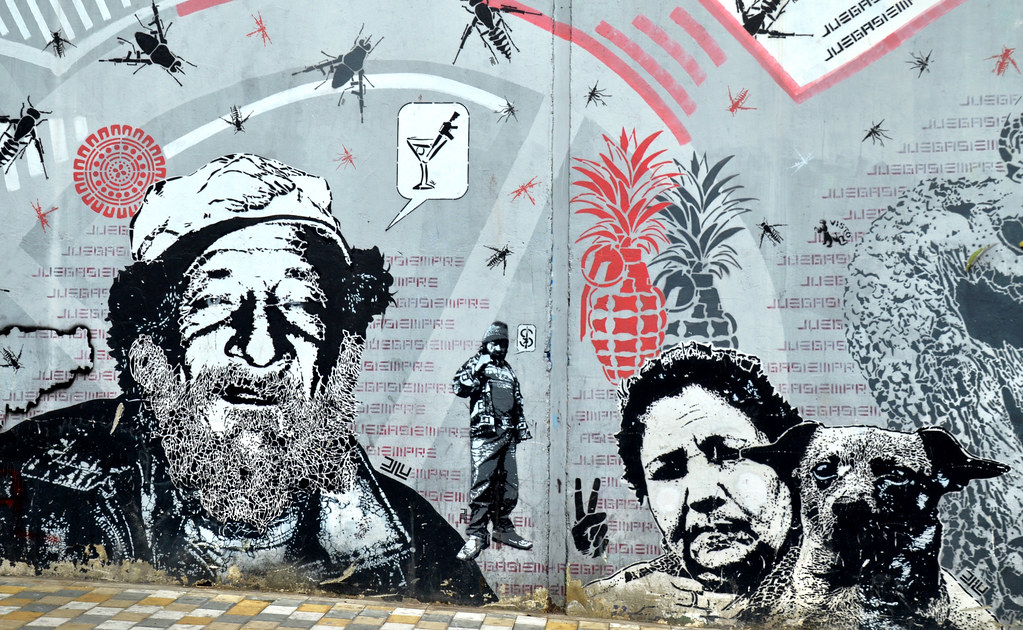 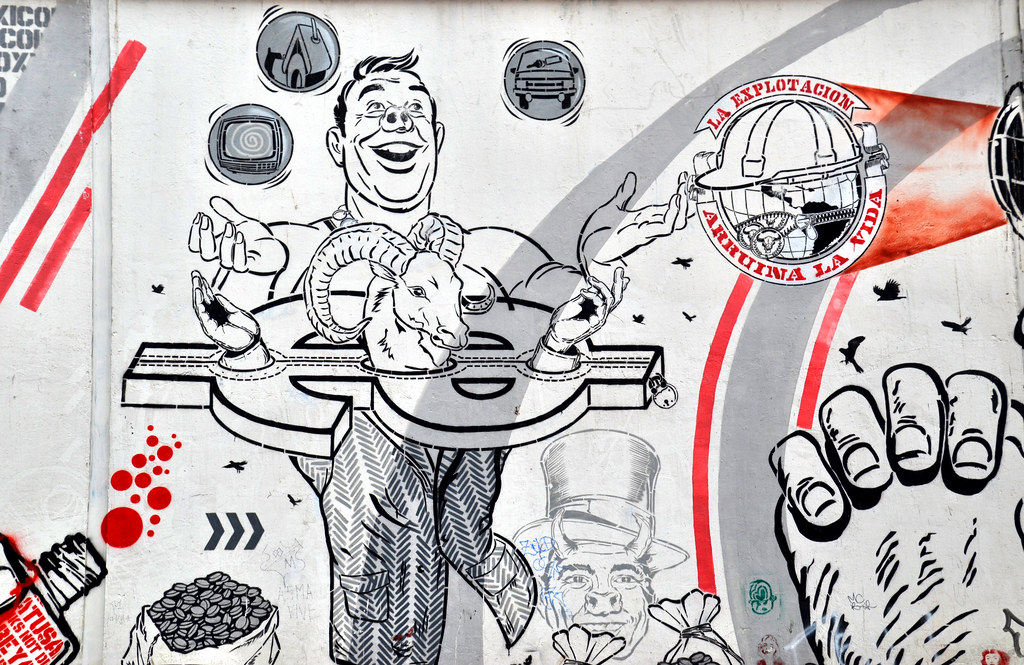 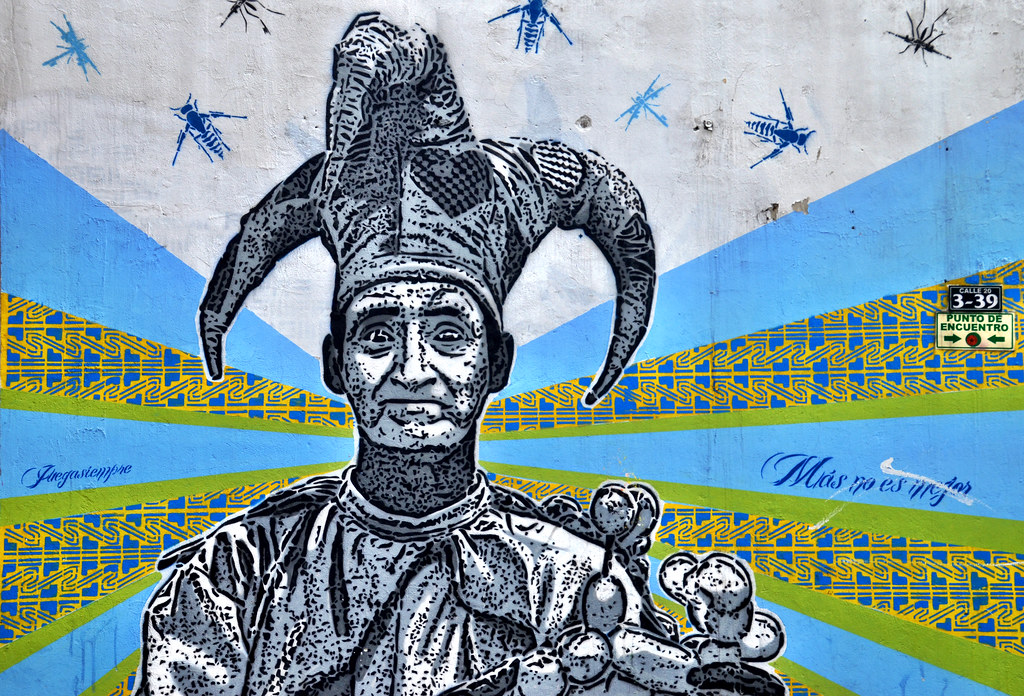 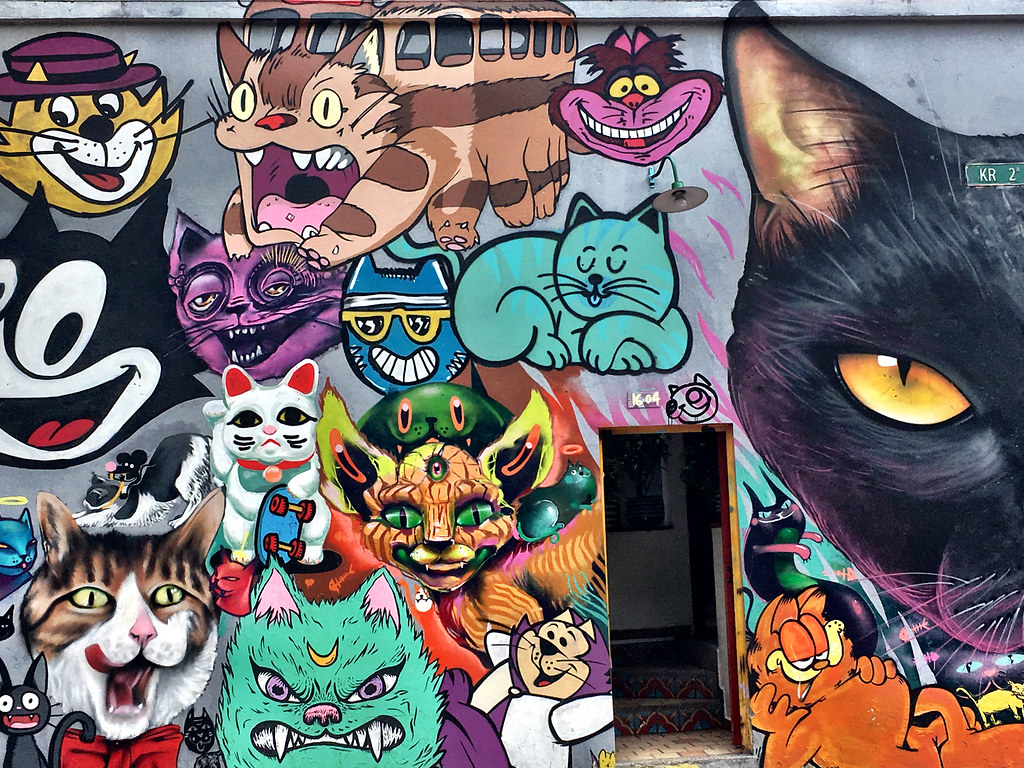 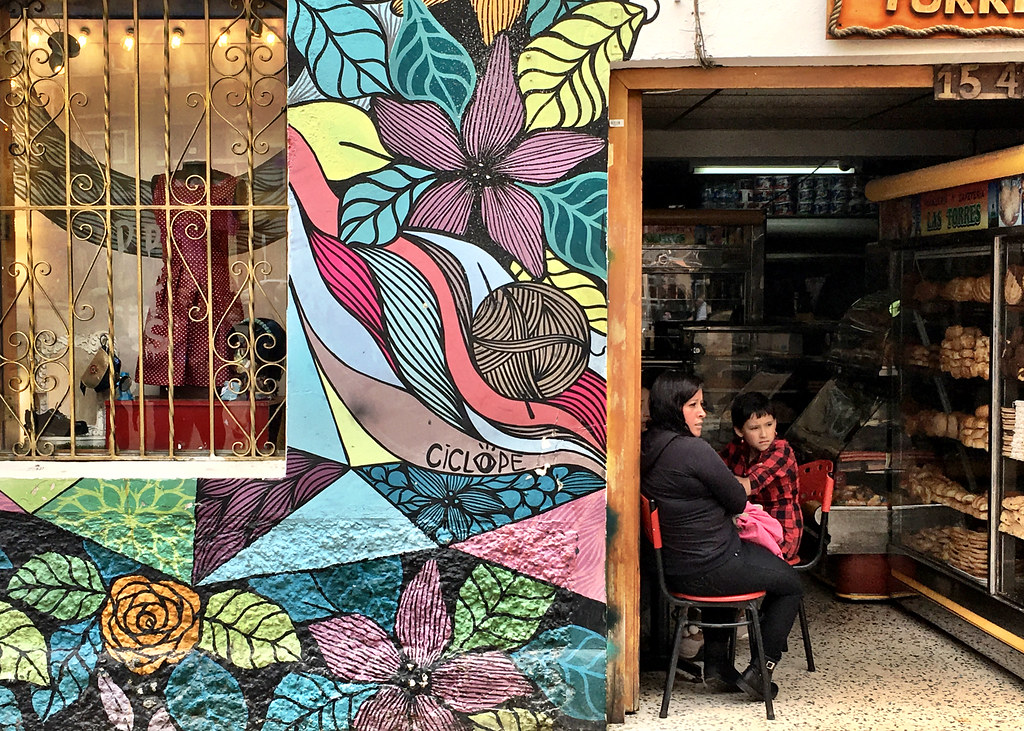 To be honest, I decided to take the tour because I wanted some nice photos of the city’s best street art. Sure, I could’ve wandered around and found some on my own, but I knew I never would have found the best pieces. But by the end of the morning, I walked away from the group having acquired so much more. I learned more about the history and culture of Bogota and Colombia in those three hours than I could have ever imagined. More importantly, I learned about the real issues in the country. It’s one thing to walk around with a traditional tour guide and hear about the history of the city, but it’s a very different thing to actually learn about the real, day-to-day life of the people who live there. As a tourist that’s sometimes hard to find. In any city on the planet, one can hire a guide to share the guidebook version of the destination. But what is missing from that sanitized version is what the city is like today. How the residents feel about living there and what problems exist. No place on the planet is perfect, every city and country has its struggles, its issues. A big part of the travel experience is learning about those problems, in the process it helps us enjoy the destination in ways we could have never imagined. The graffiti tour did that for me and so much more. Yes, I finished up with hundreds of colorful images on my camera, but I also walked away with a deeper appreciation for the people of Bogota and even Colombia, an appreciation I didn’t expect to overwhelm me the way it did. We have many decisions to make when we travel, but as I write this I am so incredibly thankful that I decided to jump on that tour, to spend a huge hunk of my precious time in the city getting to know it as intimately as any visitor possibly can.