One thing that tends to annoy me about some other travel blogs is how so many other writers talk about areas of the world that aren’t just little known, practically no one who doesn’t travel very often has even heard of them. They assume a level of familiarity with remote, backpacker-centric places without introducing them. Without explaining where they are or why the normal, average traveler – you know, 99.9% of the traveling public – should even know about them in the first place. I don’t want to be that guy, that elitist traveler, so while I’m sharing my experiences in a place that most people have never heard of before, I also will explain why it SHOULD be on your travel radar. With all of that in mind, here’s what you should know about visiting Arusha in Tanzania.

It’s the start of an amazing adventure

The reason I found myself in Arusha is the same reason why most people visit this city of half a million people – to start an amazing adventure. In my case, I was there to join a once-in-a-lifetime adventure luxury safari with tour provider Abercrombie & Kent, Arusha was both the start and end of my time in Tanzania. Getting to Arusha involved a couple of different connections, arriving into Mt. Kilimanjaro Airport in the middle of the night. Having a day to relax at the hotel, sleep in and adjust to the new time zone wasn’t just nice, it was a necessity. Luckily the smart folks over at Abercrombie & Kent realize this and built it into the trip itinerary. Even if you aren’t joining Abercrombie, chances are you’re in Arusha for one of two reasons – to go on a safari or as part of a longer trip to Mt. Kilimanjaro. In the lobby of our luxury hotel I saw scores of travelers transiting in and out, many with tremendous amounts of gear either preparing for or recovering from their trek up the mighty mountain. Arusha itself is also home to its own mountain, Mt. Meru, which many would-be climbers use as preparation or practice for the more intense climb up Mt. Kilimanjaro. But many more of the travelers were there to embark on safari, given the close proximity Arusha enjoys to many of the country’s best national parks. Regardless of what you have planned, there’s no denying the sizzle of excitement that sets the air abuzz in Arusha, the combined energies of so many people embarking on what will be a once in a lifetime adventure for all of them. I can’t imagine a more exciting sensation or place to be. 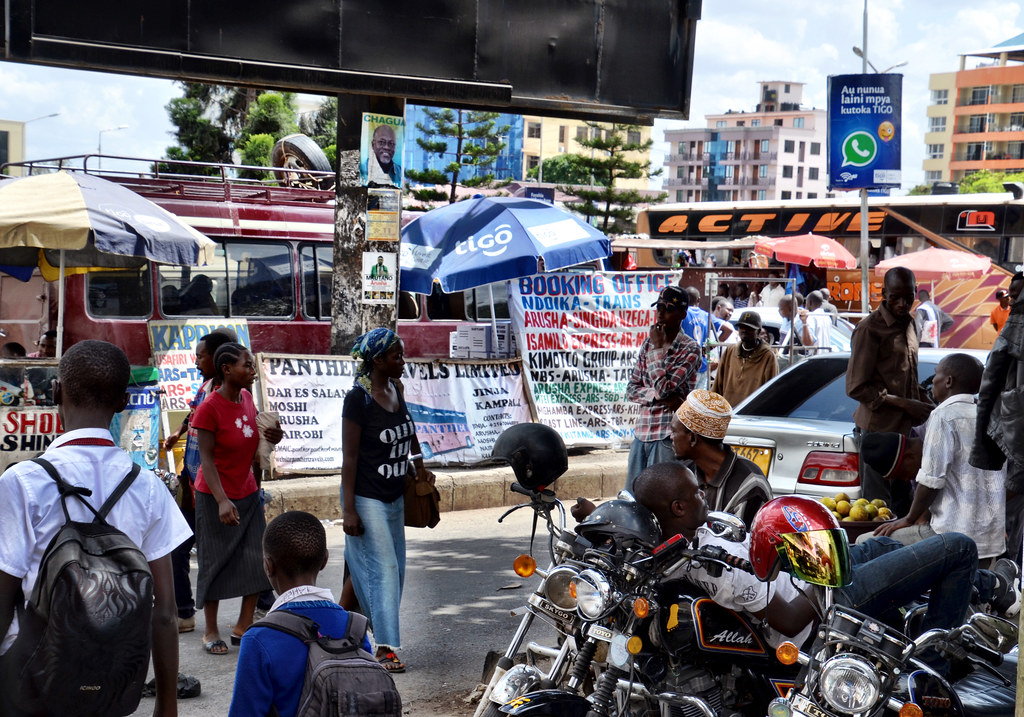 The city has value in its own right

As nice as the idea of relaxing by a hotel pool for the day sounds, I’m not that kind of traveler. Since I knew I’d likely never return to Arusha, I wanted to make sure I got the most out of my time and so Abercrombie & Kent helped arrange a short tour of the city. Although it’s a large city, it’s not a very old one and to be honest, the key sights are few and far between. What was more interesting to me though than a monument or tower was just getting out there and seeing what daily life in this Tanzanian city was all about. Before heading out to explore Arusha proper though, we stopped by a remarkable school part of a much larger philanthropic effort.

For nearly a decade, Abercrombie & Kent has supported a special needs program that educates hearing impaired children as well as those with mental or physical disabilities at the Ilboru Primary School. These kids are at particular risk of abuse and being neglected and the project here has made great strides in ensuring the children have a safe place to live, study and just be kids. Visiting and touring the facility was a joy and an unexpected one. I’ve seen many other companies tout donations to charities and carbon offsets, but I’ve never seen such a physical demonstration of this commitment to giving back as I did at the Arusha school. 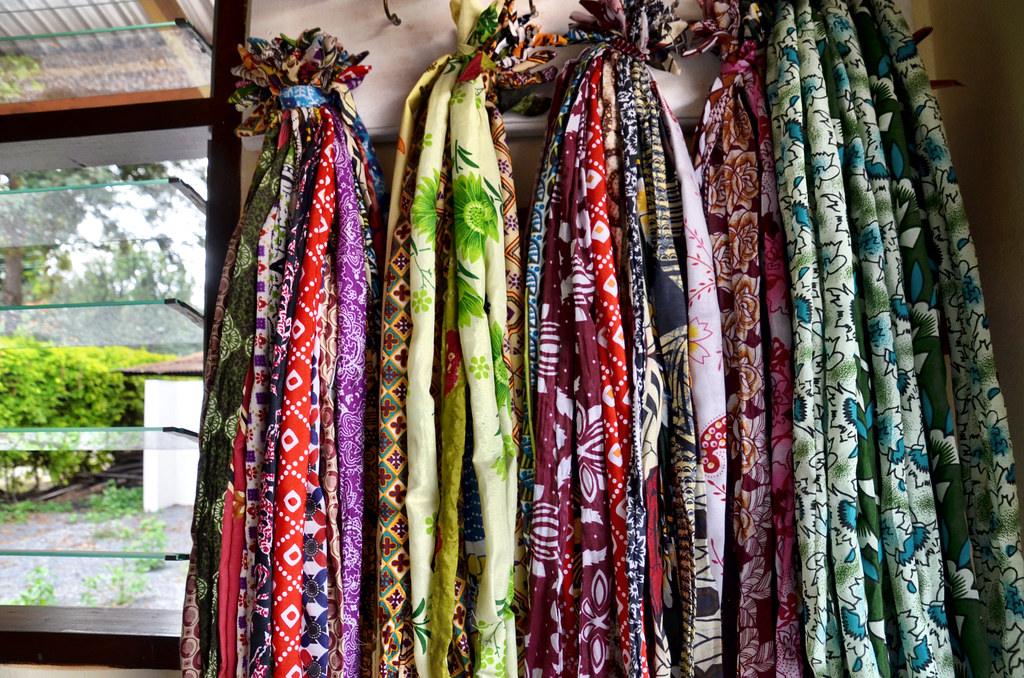 As far as other sights in and around Arusha, there are a few. In the middle of town stands a sandstone clock tower, built to mark the halfway point between Cape Town and Cairo, an epic route that has long fueled the imaginations of explorers around the world. Not far away is the National History Museum housed in the original 1901 German fort that’s also the oldest colonial building in town. On the outskirts of town is the Arusha Coffee Lodge, an up-scale hotel and just a nice pit stop as you tour town. Arts and crafts are for sale and of course a cup of coffee is always ready. My favorite thing to do in Arusha though was just to wonder around. Our guide took us to a bustling market where we got out and perused the goods for sale. It was market day and the place was packed, but it felt good to be out and part of the community instead of locked away behind the gates of a luxury hotel. 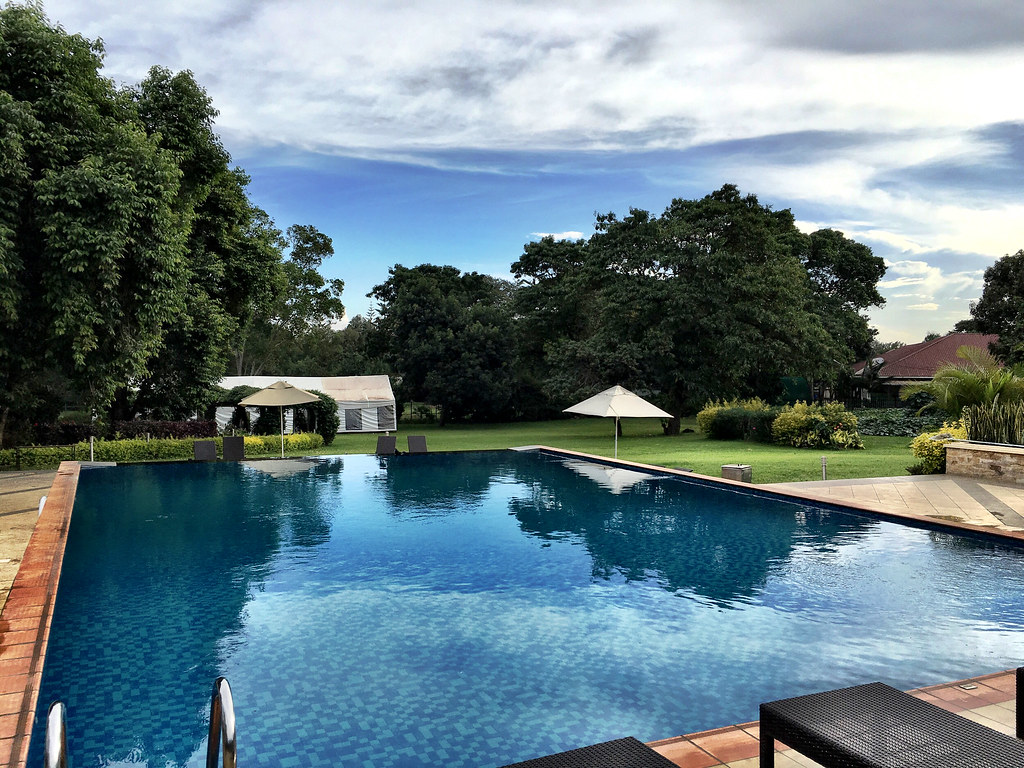 It’s a good place to relax

Overall though, Arusha is a great place to do very little. Whether you’re fresh off a flight, at the end of your safari or dirty and exhausted from Mt. Kilimanjaro, you will undoubtedly be in need of some down time. Both before and after our safari Arusha was our home base and I personally came to regard it affectionately. I got to know the hotel, the staff and where to find a quiet corner to read a book and decompress. There’s plenty of nightlife all around town if that’s your thing and if you find yourself staying for a few days in Arusha, there are some amazing national parks nearby. If you’re willing to sacrifice a full day to the experience, there’s nothing better than trekking out to Tarangire National Park, famous for its elephants. If you don’t have that much time there is also Arusha National Park, although I’m told that the wildlife experiences there pale in comparison to not only Tarangire, but all of the other amazing national parks throughout Tanzania.

Arusha is not a place most people know and, if we’re being honest, most people will never go there. But they should. Arusha is a frontier city, it’s a place of excitement, it’s a place of opportunity. It’s from this unlikely place that people from every corner of the planet converge, all there to partake in travel experiences so amazing and so unique that they truly live up to the moniker of once-in-a-lifetime.

1 thought on “Three Reasons Why You Should Know About Arusha, Tanzania”