Arguably the world’s hottest tourist destination at the moment, it seems that everyone I know either has been to Iceland or is planning a trip in the near future. Based on my own experiences exploring the country, I can quickly and easily understand why. Simply stated, it’s one of the most remarkable places I’ve ever been thanks not only to those otherworldly images we’ve all seen, but for the people, the culture and yes, even the food. It’s one of my favorite travel destinations and I think part of the reason is that it’s not as polished as some other places around the world. Iceland’s popularity has been sudden and meteoric, terms that those who work in the travel industry usually don’t like. Although it’s the world’s largest industry, travel moves slowly and executives around the world tend to function at a frustratingly glacial speed. What that has meant in the Icelandic context is that some of the tourism services one would normally expect simply aren’t there, at least not outside of Reykjavik. As soon as you cross the city line and venture out into the beautiful countryside everything changes and suddenly travel becomes a little more challenging, from finding a decent bite to eat to even a place to spend the night. There are options around the island nation, but they’re few and far between and are mostly small rentals, B&Bs, farm stays and a smattering of hotels. I’ve done the farm stay experience before and really enjoyed it; no doubt I would do it again. I don’t do hostels so I can’t speak to them, but on my last trip I knew I wanted to stay in hotels strategically located around the southern coast so that I could see and do everything on my “must-experience” list. The simple fact is that at the time of writing, in some parts of Iceland the options aren’t just limited, they’re nonexistent, and that’s where the Icelandair Hotels come into play.

What are Icelandair Hotels?

Based on the name, it’s easy to assume that the hotels are simply part of Icelandair, but that’s not entirely true. Icelandair Group is a larger company that yes, does include the airline, as well as other separate companies, including the hotels. Furthermore, the hotels have different owners and are simply managed under the Icelandair Hotel flag. There are currently eight Icelandair Hotels placed strategically around the country, with the majority either in or not too far away from Reykjavik. While I’ve stayed in and enjoyed the city center hotels, the real value of the brand comes in the countryside. Several of the hotels are placed in key spots around the country where there simply aren’t any other lodging options and, if you’re driving around the country, are destinations where travelers such as myself need to have somewhere to spend the night. Therefore, they tend to be very popular and a little pricey, but from my own experience, well worth it in terms of comfort, convenience and service. I can only write about two of the hotels, but more than the individual properties, I think their importance as traveler’s aids can’t be understated, a point I’ll address at the end of this post. 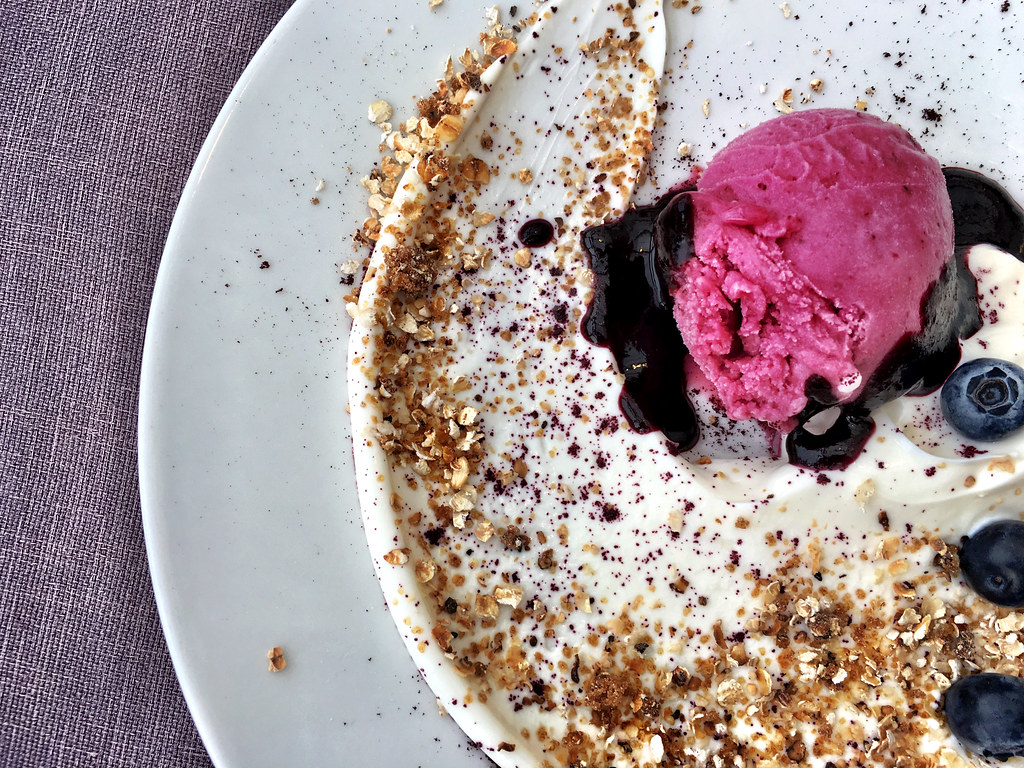 On my last trip to Iceland, I wanted to fully explore Iceland’s south coast, home to some of its most beautiful and iconic natural sites. Although not a huge country, it’s not reasonable to use Reykjavik as a home base to explore the entire country, and so I planned a few days along the coast using key sites as waypoints. The furthest east I went was to the Jokulsarlon Glacier Lagoon and in order to be there in time for a morning tour, I had to stay as close by as I could get, which is why I booked a room at the Icelandair Hotel Klaustur. Located near Skaftafell National Park, Klaustur enjoys a great location to use as a jumping off point to all areas east. Built into the countryside, it’s a modest facility with just 57 rooms and the entire property is classically Scandinavian. Clean lines, not too ornate and yet refined, my brief stay there was comfortable and easy. Since some of the Icelandair Hotels are literally in the middle of nowhere, all of their services are important, especially the restaurant. Other than the nearby gas station (in Iceland they have decent food options) the Klaustur restaurant was the only other option, and thankfully it was excellent. I booked the room with breakfast included, which was a generous buffet, but the dinner I enjoyed the evening before was amongst the best I’ve ever had in Iceland. I honestly didn’t expect a lot from Klaustur, but left happy I had spent the night there. I even hiked around the neighborhood, where a small park and waterfall and a fairly unique church can be found. Klaustur though epitomizes everything I love about Icelandair Hotels. They’re convenient, self-contained and extremely comfortable. 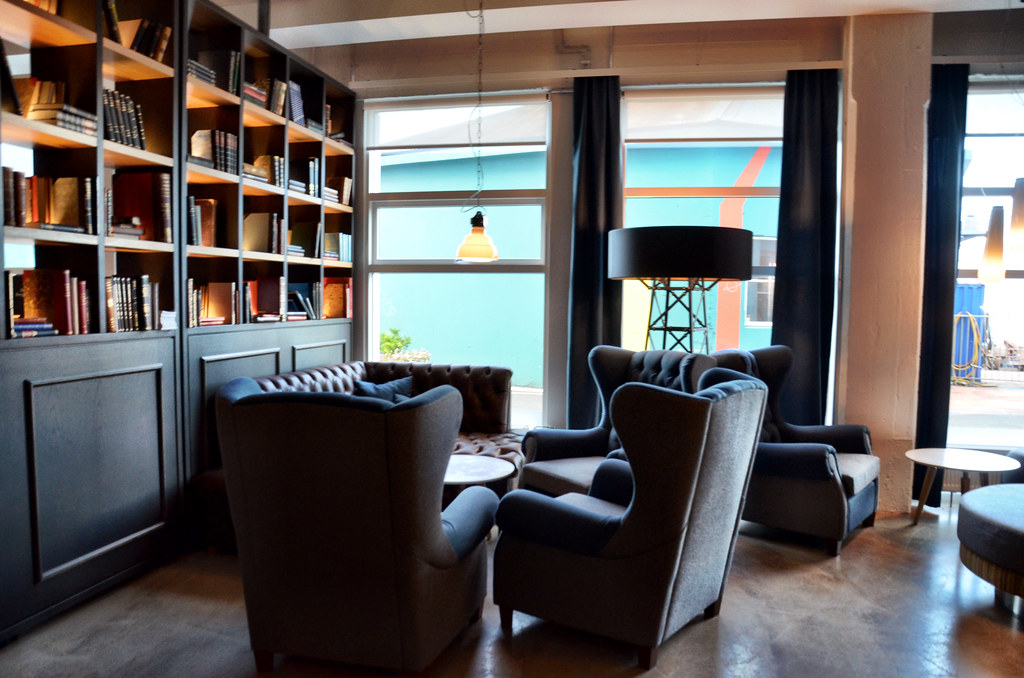 Since Reykjavik is the hub of life in Iceland, especially from a tourist’s point of view, the hotel options are much more plentiful and getting better all the time. Canopy by Hilton recently opened a new hotel and the Curio Collection of hotels is planning on adding two more, so for the luxury or at least higher-end traveler, the options are steadily improving. Each visit to Reykjavik, I have purposefully stayed in different hotels to experience the differences both in terms of quality and location. I’ve never been disappointed, well, not really, and my brief time at the Icelandair Hotel Reykjavik Marina was another wonderful experience in the capital city. At first I was a little worried about its marina location, but I shouldn’t have been. I simply forgot that Reykjavik’s central business district is compact and very easy to navigate on foot whether you’re staying near Hallgrímskirkja Church or the marina, as I did. The marina neighborhood has changed even in the year since I had last visited and it’s quickly becoming an important part of town with shops, restaurants and of course the quirky Icelandair Hotel. Designed in what seems to be the trend in Europe these days, it’s quirky and funky, but still refined. It’s a curious line to walk, but they do it well. The hotel itself, my room and even the breakfast, everything was done well and easily exceeded my expectations. Funny enough, on my second trip to Iceland I stayed at what is Trip Advisor’s top rated hotel, the Black Pearl. This outrageously priced hotel wasn’t even half as nice as the Icelandair Hotel, which goes to prove that Trip Advisor reviews always have to be taken with a grain of salt.

Why I Think Icelandair Hotels Are Important

I think tourism surprised Iceland. Talking with locals, for years the popular thought was “Why would anyone come here?” They didn’t think they had a lot to offer, a common misconception we all make of the places we call home. Well, the world has now arrived on the country’s doorstep and there have been some definite growing pains in the process. This year, the total number of Americans expected to visit Iceland will exceed the population of the country. That’s just one country, add in the other international visitors and I can understand how tourism has quickly become a little overwhelming. It also means that outside of Reykjavik, there aren’t the services the average tourist needs, not really. Gas stations and food are few and far between and real hotels, not B&Bs or hostels, are even more elusive. That’s where the Icelandair Hotel comes in. Located in some of the country’s most rural areas, they aren’t just nice, they’re necessary. We need them to exist because, otherwise, we wouldn’t be able to fully explore the country as it’s meant to. While I won’t always stay with them, I will when I can because I want to support their presence and help prove that we as tourists are interested in a lot more than puffin shops and geysers, that we really want to see and experience everything this remarkable country has to offer.