Ask any first time traveler to Australia where they want to visit the most and you’re most likely to hear a combination of: Sydney, Great Barrier Reef, Melbourne and the Outback. And frankly, that’s as it should be. These are amongst the country’s most iconic spots, tourist images many of us have seen floating around all our lives. But Australia is a massive country, as I have learned over the course of several trips Down Under, and to do it proper justice would take years and not a couple of weeks. That being said, there are ways to learn more about the country in a short-ish amount of time by including some destinations around Australia that may not top the New York Times travel list, but which have a lot to offer in their own right. Western Australia ranks high in this regard and its capital city Perth is the jumping off point for a massive state that has a lot to experience. But Perth shouldn’t just be a city you fly en route to one of the state’s many natural wonders, the city deserves exploration in its own right and here are a few ways to enjoy Perth and the region surrounding it.

One of the most remote large cities in the world, Perth may not pop up on global bucket lists, but it probably should. The best way to quickly learn about any new city is by taking a walking tour, which is how I found myself on a tour of the city’s small cafes and bars; new establishments that have sprung up in recent years. Led by the company Two Feet and a Heartbeat, the tour takes locals and tourists alike into the heart of Perth’s burgeoning alley and laneway restaurant culture, sharing the best bites and drinks in the city. I’ve been on a lot of food tours and this one is a little different. Rather than attempt to expose guests to as many different establishments as possible, Two Feet and a Heartbeat instead select a few neighborhoods and cafes where tour participants can spend some time, eating a little, drinking a little and enjoying the convivial atmosphere of each destination. In the course of the walk I saw more of Perth than I ever thought I would, little neighborhoods and streets tucked away highlighting the creative and quirky spirit of the city. It was fun, it was different and it was a great way to better understand Perth, even if just a little.

Perth gets more than 300 days of sunshine a year, which is a lot by anyone’s standards, and that is also why spending time outside is an important part of any Perth travel experience. In the city center itself there’s plenty of options from walking along the Swan River to enjoying panoramic views of the city in the massive Kings Park and hanging out at one of the nearby beaches. Given the weather, beach time is practically compulsory and my favorite is without a doubt Cottesloe Beach. Cottesloe Beach was the first part of the area I experienced, fresh off a few different long flights. Knowing how important sunlight is to jet lag recovery, I was excited to be outside on a beautiful summer day and apparently most of Perth agreed with me. While busy, I quickly understood why this is the most popular beach in Perth. Strolling along the beach, enjoying lunch at one of the many restaurants and just absorbing the good vibes of the neighborhood, it all added up to travel bliss and was the perfect first introduction to the city. 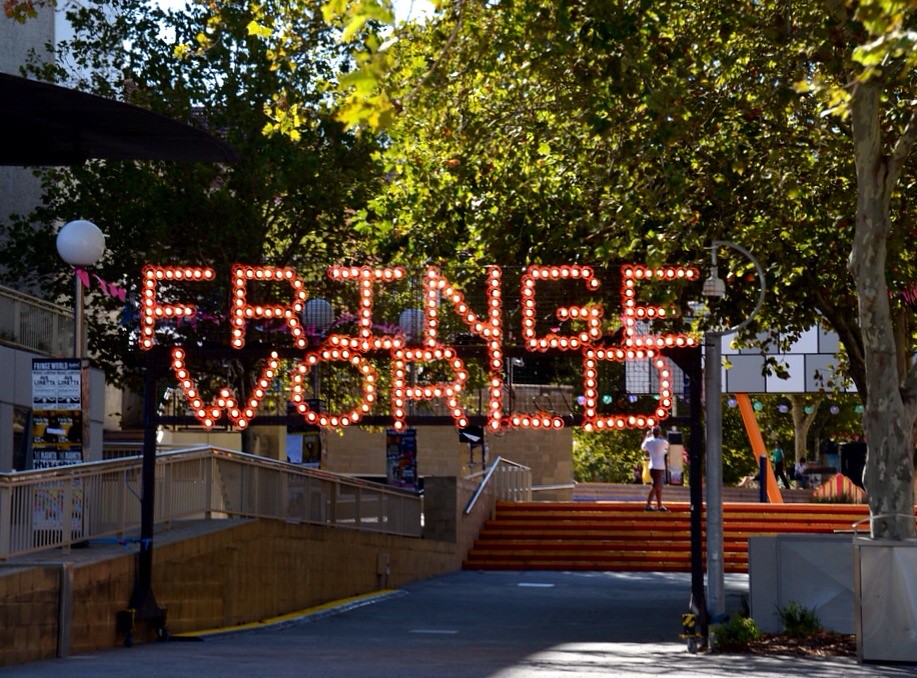 After spending a couple of week’s exploring Western Australia, one aspect that I came to love was the state’s quirky side. If you look for them, there are any number of funny and downright strange sights almost everywhere and their epicenter is in the capital city of Perth. I first experienced the creative side to the city on the food tour, passing by dozens of beautiful examples of street art almost everywhere we went. Some of it was official but most was not, most was graffiti art applied with precision from someone who was clearly a master artist. It’s no surprise really, Perth celebrates the creative and strange every year at its massive Fringe World Festival. For a month every summer, the festival is the highlight of the creative calendar with events featuring artists and acts from a broad range of styles including circus, cabaret, comedy, music, dance, theater and more. The third largest festival of its kind in the world, people from all over the globe make the trek to Perth every year to both take part and to enjoy the festive and creative spirit during the event. Even if you’re not in town during the festival itself, there are any number of other creative ways to spend your time in the city from the beautiful architecture found around Perth to its museums like the Turner Galleries and the Cultural Square, home to many of the city’s museums.

Ok, I know I started this post off my lauding the concept of exploring Perth but trust me, visiting both Fremantle and Rottnest are indeed a big part of any fun travel experience in Perth. Fremantle, or Freo as locals lovingly call it, was once an entirely separate town. Urban sprawl though has turned it into a de facto suburb of mighty Perth, but that doesn’t mean Fremantle has lost its quirky spirit. Far from it and my day spent poking around the shops and historic sights was one of my favorite spent in Western Australia. Freo started off life as a convict prison, one of many around Australia that are all included on the UNESCO World Heritage List. Freo isn’t just about the prison, although that may be the initial draw for many first time tourists. The harbor area is actually a better place to start, a beautiful part of the city busy with boaters and full of people and restaurants. My day spent wandering around this beautifully quirky town was a lot more fun than I was honestly expecting.

Another unexpectedly fun day trip from Perth is Rottnest Island, where I actually celebrated my birthday. A one-hour ferry ride from Perth, Rottnest is a popular place to relax, do some biking and enjoy nature – especially one of Australia’s most famous social media animal, the quokka. The quokka lives on only a few small islands and in a hard-to reach mainland colony in Western Australia. That’s it. They don’t number in the millions like their larger ‘roo cousins and few people know about them, even though they were one of the first of many strange animals Europeans to the continent encountered. That’s why I felt so lucky to see them in the wild, but to be honest that’s a common experience on Rottnest Island. Rottnest is about must more than the quokka though and the best way to enjoy this car-free island is to rent a bike and just go exploring. Beautiful coastal vistas, strangely colored lakes and hidden coves all figured prominently into what was one of the best birthdays I’ve ever enjoyed.

Australia has a lot to offer visitors, almost too much to be honest. It would take dozens of short trips to truly experience the width and breadth of the continent, but one place that should be on everyone’s shortlist is Western Australia and Perth in particular. By adding in cities to complement the primary tourist draws, I think visitors get a better understanding of the country as a whole and the chance to see what makes Australia tick when you get away from the most popular sights.

1 thought on “Giving Some Respect to Perth in 4 Steps”