There was a surprise on my recent Viking river cruise trip from Paris to Prague. It included an entire country I wasn’t expecting to visit but one that quickly became a highlight of my cruise with Viking – Luxembourg. The Viking Paris to Prague itinerary at first confuses many would-be cruisers, especially if they’re good at geography. They quickly realize that there’s no real way to actually get from Paris to Prague via river ship, and that’s true. I’ll write about the experience soon, but the trip starts with a couple of nights in a Paris hotel, followed by a coach trip to the Viking longship docked in Germany. Along the way though is an afternoon stop in Luxembourg, something for which I’m thankful otherwise I seriously doubt I’d have visited on my own. While my time in this, a very small country by global standards, was brief, I fell in love almost immediately and it made me wonder why more travel writers and experts don’t talk about this wonderful European getaway. So today I’d thought I’d share a few reasons why I think everyone should add Luxembourg to their must-visit list.

Technically speaking, this was not my first time in Luxembourg. While traveling from Italy to Belgium four years ago the train stopped for 30 minutes in Luxembourg City, allowing me time to set foot in the country and buy a sandwich. It’s probably not the ideal first introduction, but I imagine it’s a common one for most people traveling around Europe. It also means that it’s very well connected via train to just about any place in Europe, made even more convenient by being almost in the middle of the continent. If you’re driving between France and Germany, it’s a natural stop-off and a great spot to spend a day or two to break up your trip. 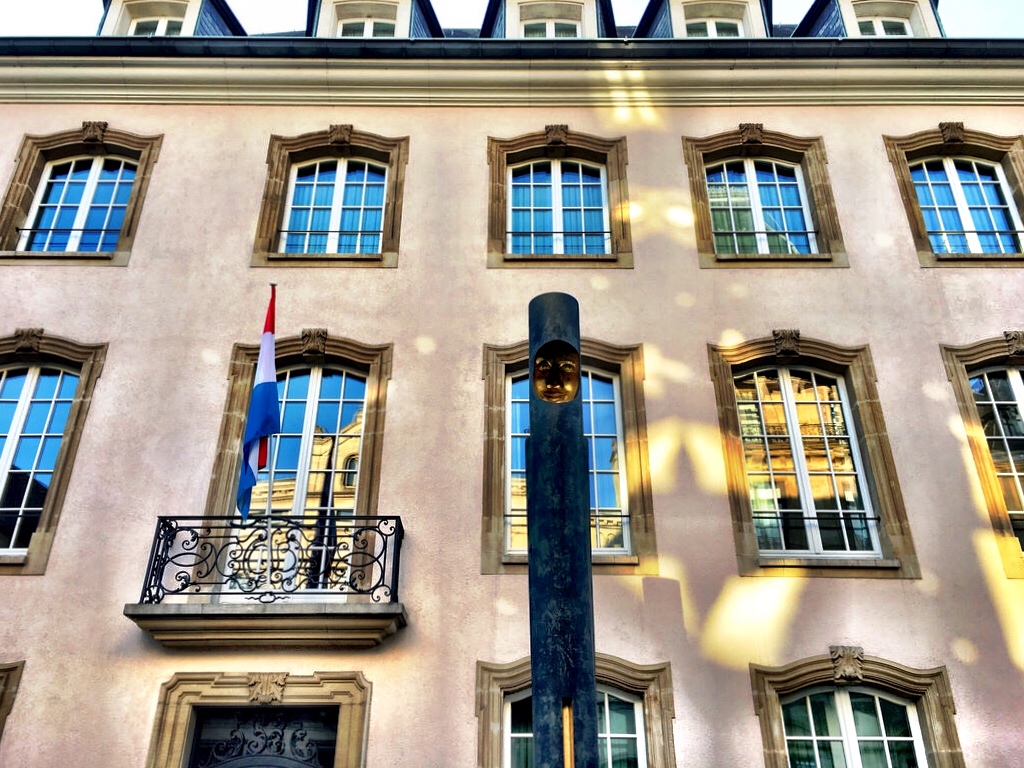 I could, and probably will, write a post about some quirky tidbits in Luxembourg’s history, but I want to share a few today to strengthen my argument as to just how interesting a place it is to visit. You really need a guide to truly appreciate this quirky country, which thankfully Viking always provides on tours. A British expat, Steve has lived in Luxembourg for more than 30 years and during that time has become an expert in all things Luxembourgish (real word, look it up). Starting with the language. There are three official languages in the Grand Duchy: French, German, and Luxembourgish, although French seemed to be most common from my brief interactions. Thanks to its prime position, it has been traded from one empire to the other for centuries, usually bearing the brunt of incredible warfare and violence. Luxembourg City is also one of the three official capitals of the European Union and it was in the Luxembourgish city of Schengen where in 1985 an agreement was signed creating the border-free Europe we know and love today. Luxembourg has been a quietly important city for a very long time, which is why I’m still shocked that it took me 40 years to visit. 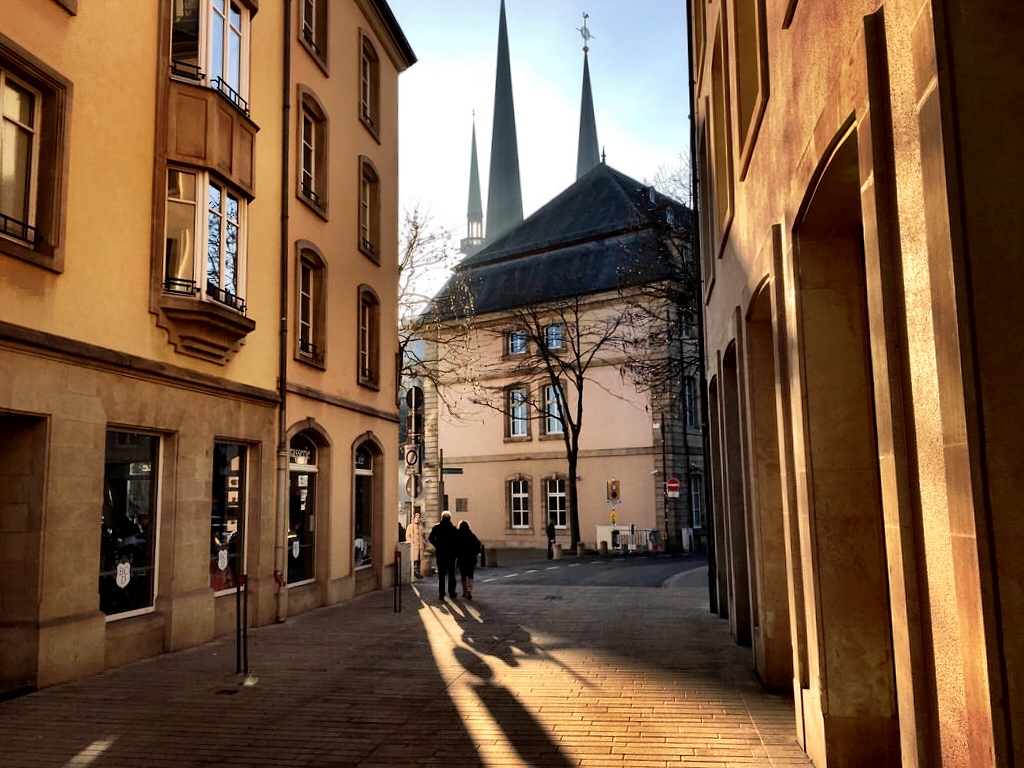 Let’s be clear, Luxembourg is not a micro-state. It is not Andorra or San Marino or the oft-confused-with Lichtenstein. Although it’s not big (999 sq miles with half a million residents) it’s big enough to have more than one city with actual things to do and see, unlike the other European micro-states. Naturally though the most popular, and likely also the most interesting, is the capital Luxembourg City. Recognized by UNESCO for the important role it’s played in European history due not only to its strategic position within Europe, but also to the fact that it’s one of the largest fortresses on the continent. It’s easy to forget its military history though strolling around the colorful old town. The city is lucky in that it retains the original layout of its streets and buildings and given the overall size of the country, it’s very easy to navigate. Starting in the town square, I couldn’t resist sampling some of the local delicacies at the Christmas Market before joining the tour guide for a stroll around town. One thing I love about small countries is just how accessible they are. We walked right up to important, and beautiful, government buildings without anyone really caring. It reminded me of Iceland in its laid back attitude, which shouldn’t be a surprise since Luxembourg is one of Europe’s richest and safest countries. Crime really doesn’t happen here, nothing serious at least, and the result is a gorgeous place where people seem happy and that attitude is hard to resist. My only regret was not having more time there. I’d love to return and spend a few days getting to know not only Luxembourg City, but the rest of the country as well.

The last stop on our tour of Luxembourg City was one I never expected, a poignant memorial to brave American soldiers who lost their lives during World War II. One of many found in Europe, the cemetery is the final resting place of more than 5,000 American service members, most of whom lost their lives in the Battle of the Bulge. Granted to the United States by Luxembourg in perpetuity, the memorial is a surprisingly beautiful way to honor these brave souls with the stark white tombstones set against the verdant green grass and nearby forest. The cemetery is also the final resting place of one of the war’s most famous, and controversial, leaders – General George S. Patton. In the days following the cessation of warfare the General died in an automobile crash and so was buried near his man, most of whom he led into battle. It was the first time I’d ever visited an overseas cemetery maintained by the American Battle Monuments Commission and I was much more overcome than I would have thought. Not unlike my experience visiting Pearl Harbor, I was immediately stricken with both sadness and gratitude in waves so sudden it was almost too much to bear. While a solemn place, it’s one I think every visitor to the country should see, regardless of nationality or even interest in history. These sites are important for us all to know about and honor, so that we may avoid building one ever again.

Citizens of Luxembourg will probably really hate me for saying this, but during my time in the country I felt as if it was a great representation of the continent in miniature. It has all of the features I love about Europe including great architecture, impressive history, a beautiful old town, delicious food and charming people. But it’s much more a distinct destination than I would have imagined. Luxembourg is not like any other place because it is it’s own unique culture. Other small nations can’t say that, they’re usually consumed by their larger, more overbearing neighbors. This isn’t the case with Luxembourg. Through geography and many, many curious quirks of history and fate, Luxembourg has maintained and further developed its own culture, language, food and even customs. So yes, visiting it reminded me of everything I love most about visiting Europe, which also means surprising me with new discoveries. Luxembourg is its own place, meant to be visited independently just as you would France or Germany. Combine it on a longer trip, but don’t skip it, don’t ignore it and be sure to give yourself enough time to see why this is one of the most interesting countries in Europe.

8 thoughts on “Why Isn’t Everyone Talking About Luxembourg?”