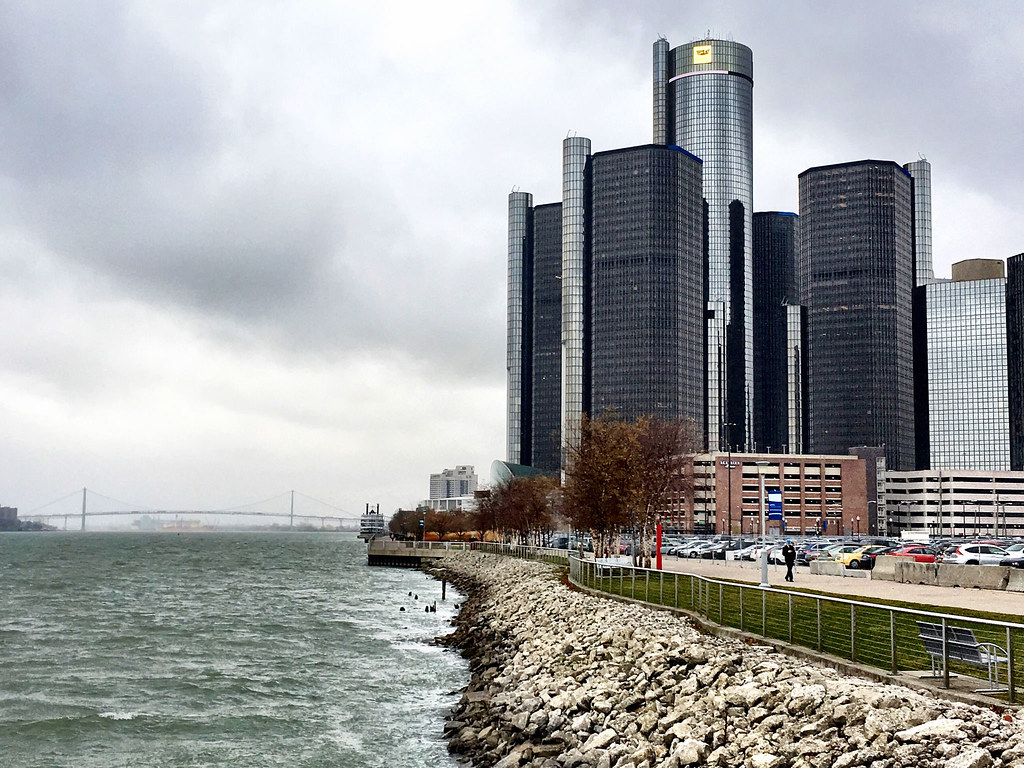 I’m not a car guy, not really. I drive them, but when it comes time to knowing anything about them I’m at a loss. That’s ok though, it really hasn’t impacted my life in any meaningful way, but that lack of knowledge doesn’t mean a lack of interest. I love history and in particular industrial and social history, how companies and massive shifts in technology have impacted every facet of our lives. Perhaps none have been as important in world history than both the advent of the automobile and then the ways in which it was mass produced and made available to the every man. Books have been written on this subject, so I won’t pretend to offer a comprehensive analysis in a couple of lines, but I think we can all agree that the automobile changed the world in any number of ways. That’s just one reason of many why I was so excited to visit Detroit for the first time, to be at the heart of this societal shift and to learn more not only about the city, but how it has been shaped by this industry over the decades. I was in Detroit at the kind invitation and sponsorship of Ford Motor Company, with whom I enjoyed a short road trip through Western Canada a couple of years ago. We kept in touch and when they learned that I had never visited their hometown, they wanted me to fly out so I could see what makes it such a great place to visit. Whether you’re local or a tourist though, at the heart of the travel experience in Detroit is the automobile, led in large part by a variety of experiences offered by Ford. 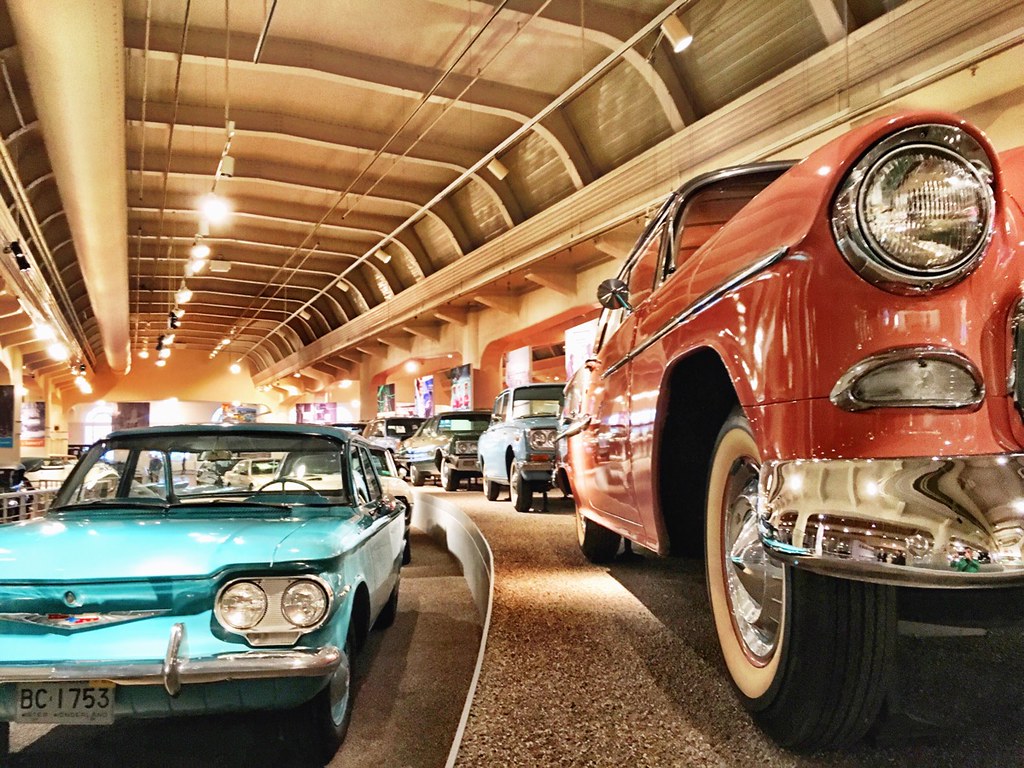 Ford had many interests in life, and the museum captures that imaginative spirit through collections that include everything from transportation to farm equipment and even social history. You’ll find beautiful classic Ford cars, but also included is the bus where Rosa Parks refused to give up her seat, the chair on which Lincoln was shot and a variety of aircraft that chronicle the history of aviation. In other words, it’s a fascinating place and I could have easily spent an entire day wandering through the expertly curated exhibits. 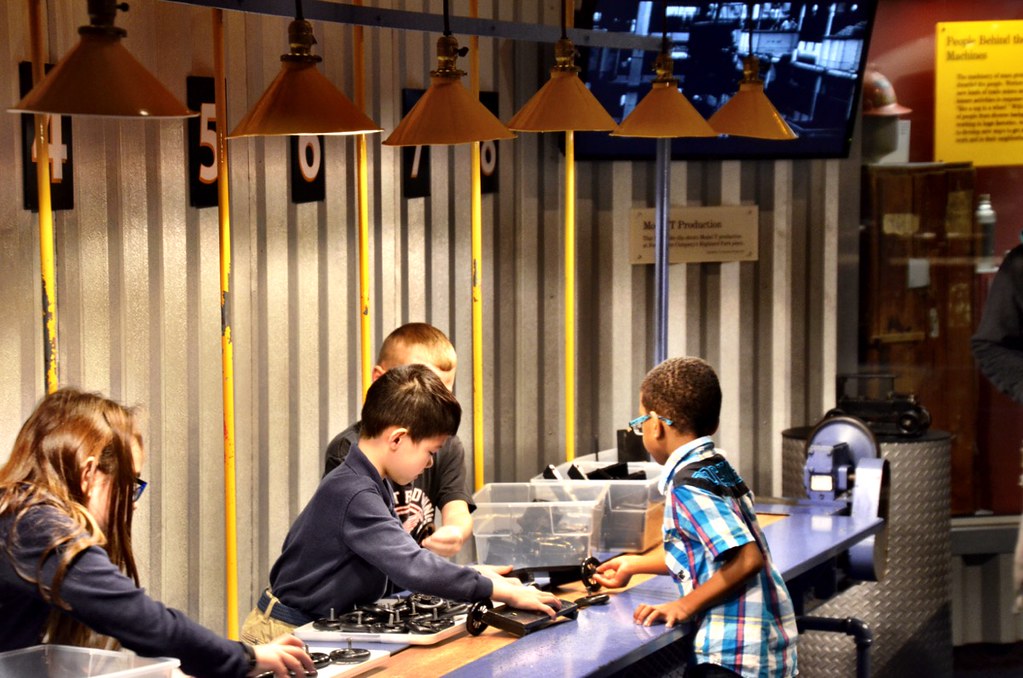 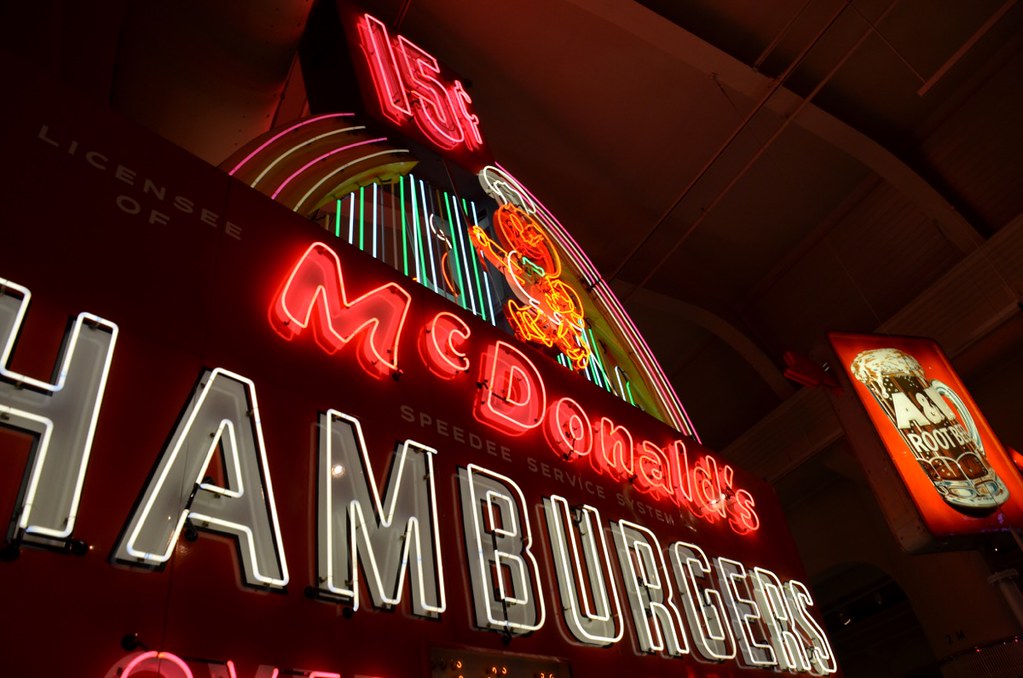 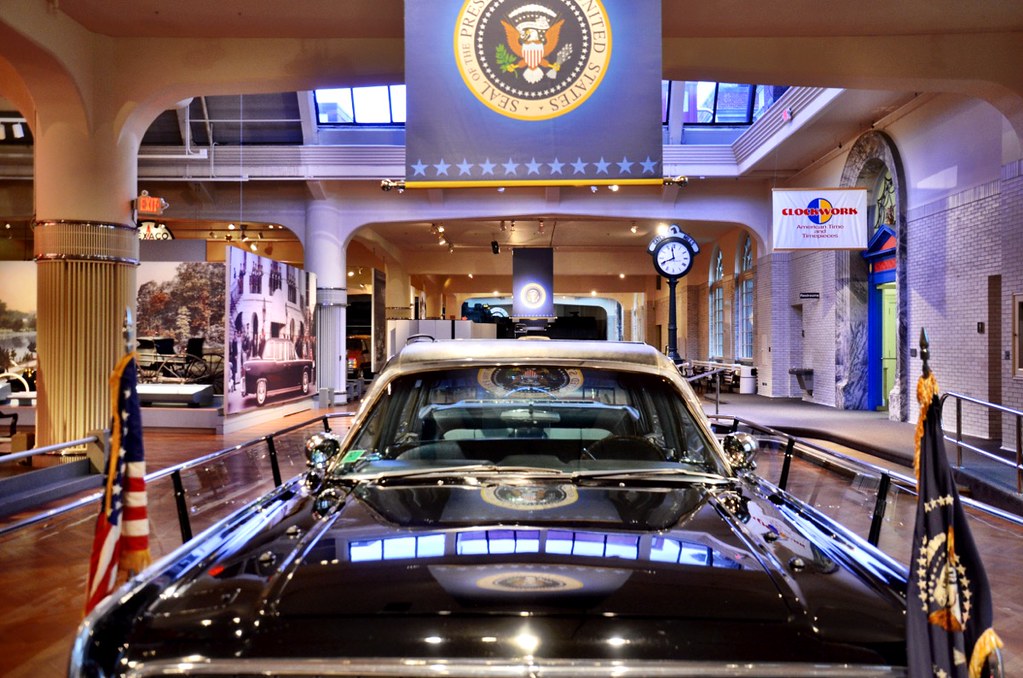 The goal of the museum is to provide a unique educational experience for people of all ages, allowing them to see and even touch history in a unique way. In turn, the hope is that visitors leave inspired, motivated to come together and help shape a better future. It’s an altruistic and slightly saccharine goal, but from my own experience the Henry Ford does a fantastic job in doing just that. A visit to this National Historic Landmark is about much more than the museum, in a unique partnership the Henry Ford also provides visitors with a behind the scenes look at the Ford legacy as it exists today.

Most visitors to the Henry Ford pair it with another unique experience, a visit to one of the world’s most impressive manufacturing experiences – the Ford Rouge Factory. When it was originally built in 1928, it was the largest factory in the world and was the physical manifestation of Henry Ford’s amazing ingenuity and progressive ideas. Some of America’s most iconic cars were built here including the Model A, the Ford Thunderbird and then the Mustang. But the Rouge Factory of 2016 isn’t a relic, not even close. Today a new factory complex calls the space home, producing thousands of Ford F-150 pickup trucks every year. While you may have visited other manufacturing sites before, I guarantee you’ve never seen anything quite like the Rouge. Not just due to its size, but due to its history. Ford created most of the modern methods of manufacturing still in use today and this site was one of his many laboratories where he tinkered and adjusted his way to becoming one of the most transformative figures in world history. 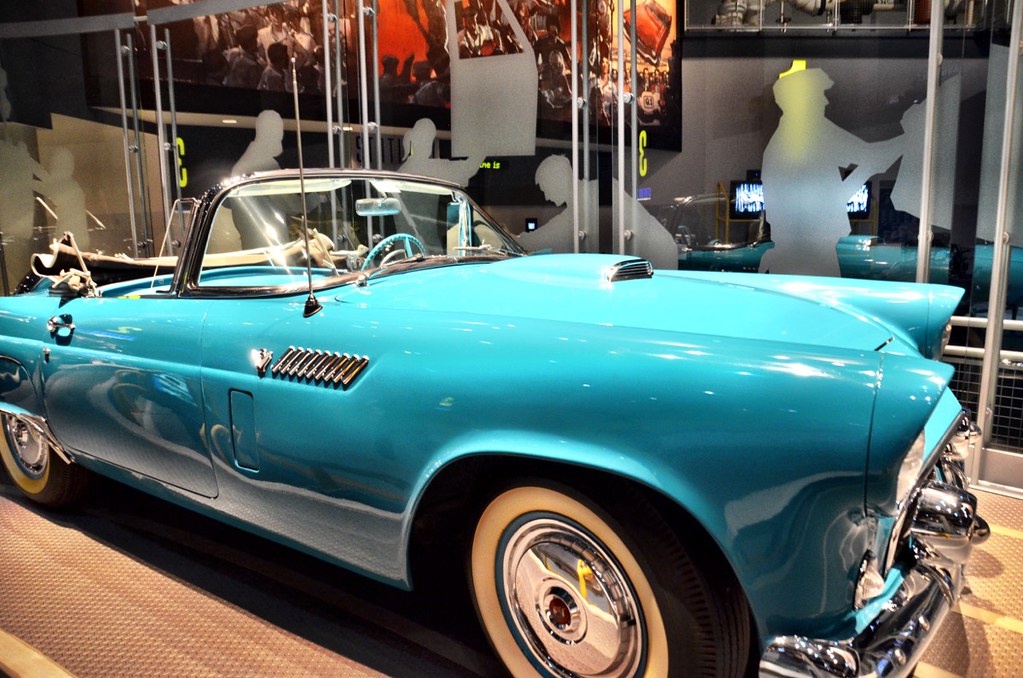 Arriving at the Rouge Factory, it’s hard not to be immediately impressed by the sheer size of the facility. Covering a massive space, it’s a city of steel with nothing out of place and everything working together in a type of industrial ballet. Tours of the factory aren’t anything new either; Ford began giving tours of Rouge to curious passersby as early as 1924. When the plant was modernized though, it entered into cooperation with the Henry Ford Museum, creating a more interesting and user-friendly tour for visitors.

Rouge isn’t only about trucks and steel though, it’s also an incredibly eco-conscious facility as I learned when I rode the elevator to the observation tower. There I learned about the many green efforts underway at Rouge, most notably on the roof of the factory itself. There I noticed something a little different, grass. The Living Roof is one of the largest in the world, and serves as a way to collect and filter water runoff, a habitat for birds and ultimately acts as insulation for the plant. It’s just one of many ways in which the factory was designed with sustainability in mind, something great to see from one of the world’s most famous manufacturing companies. 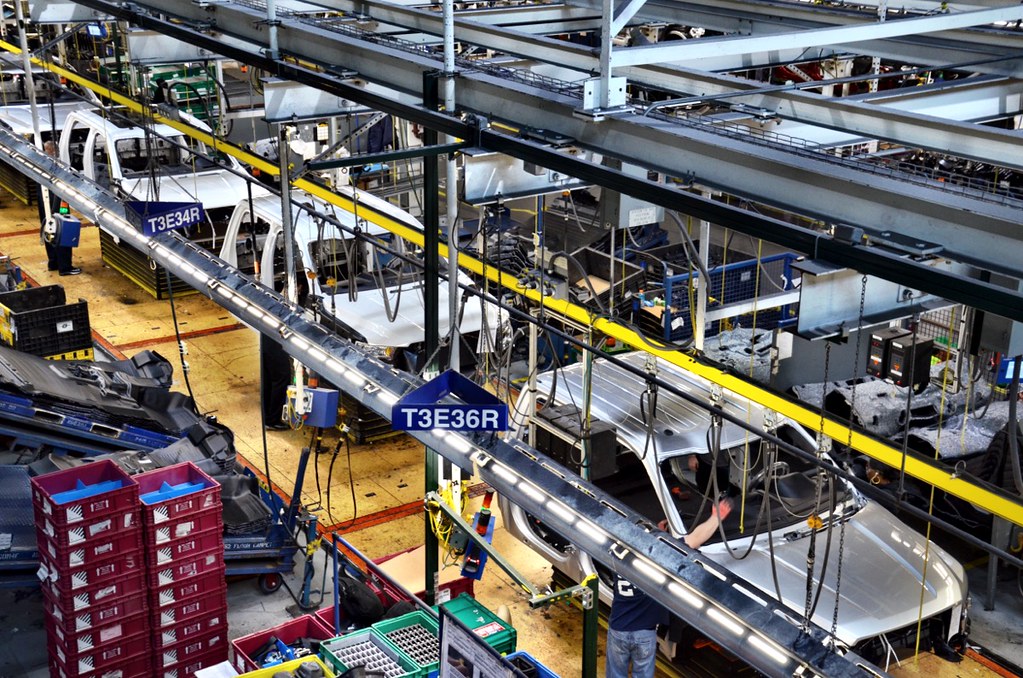 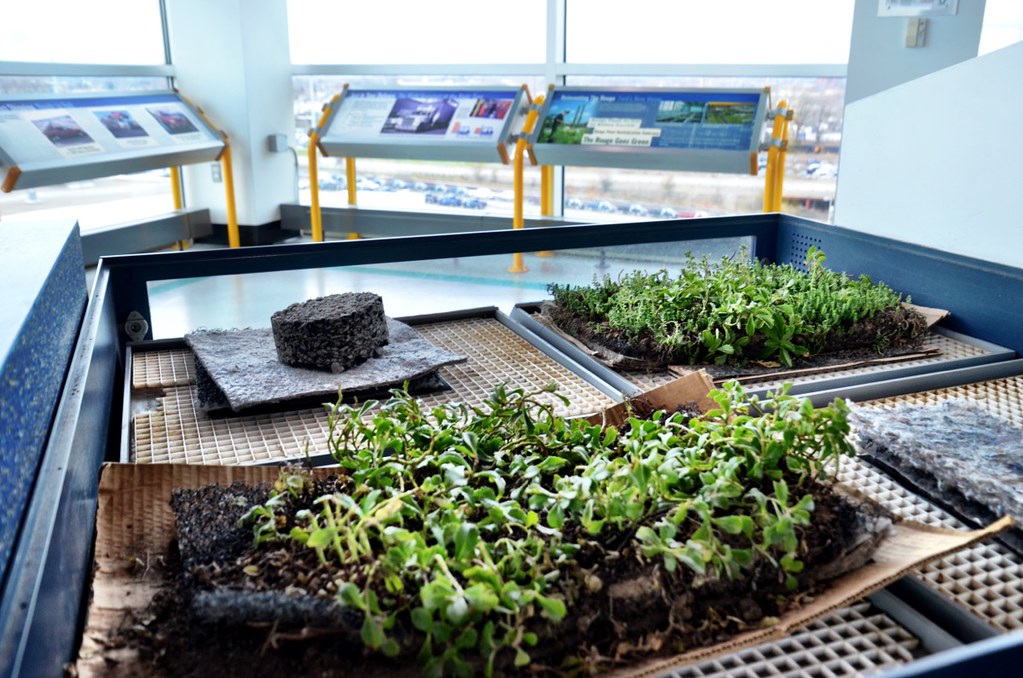 The tour around the Rouge Factory, from the multimedia presentations to seeing workers on the line itself, was fascinating. It’s one thing to read about the history of Ford, but it’s quite another to be at the heart of the company, to walk the floor and to understand on a base level just how massive and important the industry has been to the world over the last century. 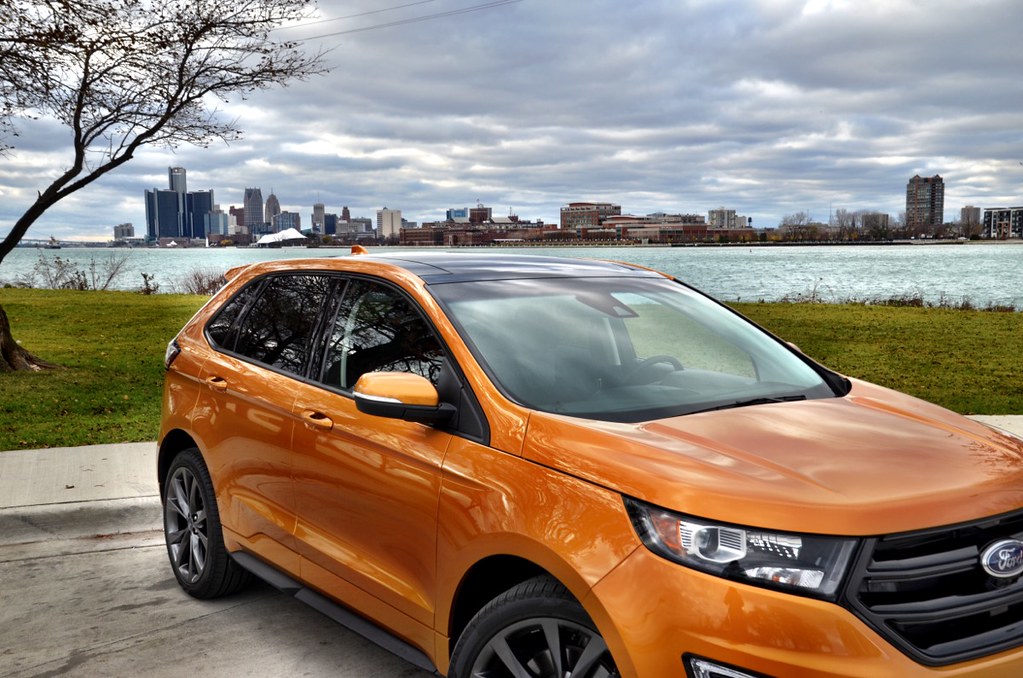 Not only was I able to learn about the history of Henry Ford and his company through the normal ways, but I was also able to enjoy a more immersive experience thanks to my own explorations. Provided with an Edge Sport by Ford for the couple of days I was in town, I loved driving around the city that Ford (essentially) built in one of his company’s cars more than a century after the business started. Detroit surprised me in any number of ways, but one way I shouldn’t have been surprised was by the car culture. Motor City, Detroit is the global birthplace and home of the car. The industry has employed its citizens for decades and people from around the world have immigrated there for the promise of good paying and stable jobs. This means everyone, no matter what they do for a living, has a pretty good understanding of cars and the industry, and driving around in the Edge I felt like I was part of that conversation. The car was a link though to an undercurrent that isn’t just important to know more about, but vital for any visitor to the city to well and truly understand.

At the end of the 19th century, Detroit was a middling city that really didn’t distinguish itself in any notable way. It enjoyed a great location though, one of many reasons why the car industry sprang up in the city. After the initial bubble of car manufacturing burst, Ford was one of just a few companies that would endure and there’s no doubt the company was the most influential. Business writers at the time called it Fordism, the company’s unique contribution to modern manufacturing and capitalism. At its peak, the car industry employed (directly or indirectly) one in every six American workers and the epicenter of this massive industry was Detroit. Ford ultimately transformed the city into one of the most important centers of commerce in the country. It was with all of this in mind that I drove around town, marveling at the wide boulevards designed for the massive numbers of workers who once commuted to and from the plants, as well as the city skyline. Even that skyline was built in large part by Ford, his imprimatur affixed permanently to the city. I have a lot to write and say about Detroit, but I had to include in my narrative what has been at the heart of the experience for well over 100 years, the car and most importantly, Ford. Yes, the city is undergoing a lot of change and welcoming new, more advanced industries, but the car industry is still vitally important to the city and no visit to Detroit would be complete without spending a day or two learning more about it and, ultimately, understanding how the story of the car and Detroit are forever and inextricably linked. No, I still can’t talk intelligently about cars, but I left Detroit with an enhanced respect for the machine and industry that changed not only the country forever, but also the world.

3 thoughts on “Cars, Museums and Factories – My Ford Experience in Detroit”