It’s hard to understand the massive size of the Canadian province Newfoundland and Labrador until you spend some time exploring this rugged part of Canada. Then, and only then, do you start to appreciate just how large it is and how much there is to see and do. About the same size as California, this quirky province has only a small percentage of the population, but it more than makes up for it with some of the most amazing natural escapes you’ll find anywhere in the world. I discovered that and a lot more during my brief week in the province, and to help you plan your own trip I thought I’d share a few of my favorite moments in Newfoundland and Labrador.

There’s a lot to see and do in and around the capital city of St. John’s and one of the best ways to get an insider’s look at the region is through a good tour. That’s why I teamed up with Maurice Fitzgerald, known as Moe, the owner of Far East Photography Tours. This was my first time joining a professional photographer as he showed me his city, and the perspective was amazing. Not only did I learn more about the history and culture of St. John’s, but of course Moe also took me to his favorite spots to get some of the great shots for which St. John’s and neighboring areas are so well known. Even if you don’t work with Moe (and you really should) the spots we visited should be on the short list for any first time visitor to the city. 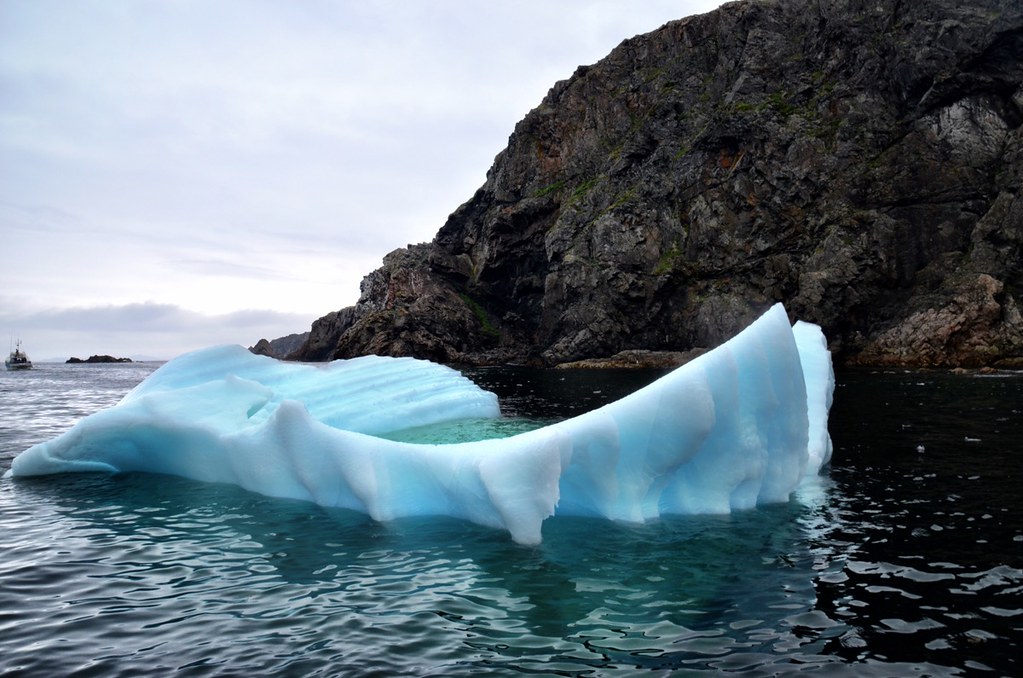 I rarely pass up on the opportunity to spend time on the water; I always enjoy seeing new places from a different point of view. And that’s how I found myself sailing with the slightly eccentric Captain Dave aboard his ship as we left the Prime Berth Heritage Center. Located just a few minutes from Twilingate, this is one of the best overall heritage experiences in the region. Before boarding the boat, guests are led through the Captain’s fishing museum and mini-fishing village he has lovingly relocated to the site so that guests can see what traditional fishing culture in Newfoundland is all about. The real fun though came when we boarded the boat and left the harbor in search of icebergs, whales and whatever else may have been out there. Captain Dave has been fishing for nearly 60 years and he brings this incredible experience and knowledge to his tours. It was a great afternoon out there on the water, listening to his stories and eventually finding that iceberg, one of the last of the season. It’s important to spend time out on the water when you’re in Newfoundland and this is the best place in the central region to experience fishing life, if only for a couple of hours.

Home to one of the world’s best hotels, I knew that that my time on Fogo island would be extraordinary, but what I didn’t know was how much I would fall in love with the entire island. Fogo Island is a strange little place, but maybe that’s why its residents are so fiercely proud of it. Most of them can trace their roots on Fogo back for centuries, and this fishing outpost probably would still be largely forgotten today if it weren’t for the Fogo Island Inn. Built just a few years ago by a former island resident who did well in life, she returned to not only give back to her community, but to both transform and preserve it at the same time. The luxury hotel is just part of her master plan to use the arts and creative pursuits to regenerate the island’s economy. And it’s working. A major aspect of this are the residents themselves, proud individuals that the luxury hotel uses to augment the experience for their guests. Dozens are hired to serve as community hosts, to share with visitors what they love most about Fogo Island, to drive them around as amateur tour guides and to just be there in case they need anything. The net effect is that all visitors almost immediately feel like they are part of the community, a remarkable and rare travel experience to be sure. It’s this unusual phenomenon that not only makes the Fogo Island Inn one of the best hotels in the world, but makes Fogo Island one of those unique travel experiences everyone should enjoy at least once in their lives.

One activity I try to participate in no matter where I go is a good food tour and luckily even the modestly sized city of St. John’s has a company that offers fantastic foodie experiences. Lori McCarthy has a long history with the food industry, experiences she drew upon when she started the food tour company Cod Sounds to share with the world the foods and traditions she grew up with. A cod sound is the air bladder of the cod, and when Newfoundland existed as the world’s preeminent exporter of cod, it was one of the few parts of the fish that no one wanted. That meant locals learned how to cook and eat it, along with other fish offal, in a fierce determination to simply survive. Lori named her company as a nod and testament to the spirit of adventure and ingenuity of those who came before her and, as I learned, that culinary creativity is still alive and well in the 21st century. She has set tours or she can also tailor something specific to your needs, as she did for me when she took me on a culinary tour of classic food in Newfoundland and Labrador. It was a wonderful experience and taught me more than I ever thought I’d learn about the unique food culture in this quirky province.

One of my favorite bites on the tour was also one of the province’s most iconic, toutons. Toutons are just fried pieces of dough, traditionally cooked in pork fat, that are served hot with butter and molasses lathered over them. Molasses is actually common in many recipes throughout the province thanks to the former trading culture of selling dried cod to the markets of Europe. Molasses came from the West Indies and was one of the items bartered for when it came time to sell the fish. That’s why even today you’ll find this thick syrup featured in a variety of ways, most deliciously as an accompaniment to the piping hot touton.

Exhausted from a long day of driving, I was excited to finally be in Twillingate where I was promised a comfortable hotel and a hearty dinner. I’m not sure what I expected from the town, but driving in as the sun was slowing descending beneath the water created views that were simply incredible. Everything was bright and the light sparkled off the water surrounding this coastal retreat. Like every other town in the province it seems, this too was a fishing community, but today it has in large part reimagined itself as a key tourism center in this region of Newfoundland. There’s good reason for that too, from here you can join boat tours to spot puffins, whales and icebergs and it’s even a common overnight destination for folks traveling onward to Fogo Island. For me though, the night I spent in Twillingate will always be defined by an experience I almost skipped. The Anchor Inn Hotel and Suites is a lovely hotel in the middle of Twillingate with a great restaurant and incredibly friendly staff. But it was one of the nightly shows at the Inn that turned out to be an incredible experience. Summers are busy and the Inn brings in a variety of performers to entertain, including the all-female troupe Rants and Reels. Drawing upon the rich history of Newfoundland, they spent a couple of hours sharing traditional songs, dances and stories that illustrate the Newfoundland experience. Newfoundland is definitely a province of storytellers, made even the more special when true professionals deliver the tales.

1 thought on “My Favorite Moments Exploring Newfoundland and Labrador”