It’s almost Halloween and while I almost never write holiday-themed posts (well, except for Christmas) I wanted to share these hotels today because I’ve had a fair number of haunted experiences during my travels. I sleep in a lot of hotels, B&Bs and other establishments and so it just makes sense that I’ve run into a ghost or two. Included here are legendary haunted hotels where I’ve either had some unexplained encounters or have simply braved the night in rooms known for their paranormal residents.

The first place I want to share is the only one where I’ve had confirmed (in my mind) experiences with ghosts, even though it’s not a hotel at all. I rented a short-term vacation property while visiting Valletta, the beautiful capital city of Malta. I’ve long had a fascination with the Knights of Malta, which is why I was so excited to be there in the first place. That’s also why when I saw listed for rent a townhouse that had once been part of a larger estate owned by a 16th century Knight, I was excited. Thankfully the owners through the years kept the same look and feel of the fortress house, with very thick stone walls and an entrance way that had once allowed horseback riders into the property. It was perfect. Until it was time to go to bed. I was alone, in a large castle-like building and at night it was downright spooky. I went upstairs to turn off the lights and went back to the main floor bedroom. I looked up and the lights were back on. Not good. I was scared, I’m not going to lie, but I somehow mustered up the courage to go back upstairs and turn them off again. Halfway down the stairs, there was a huge crash behind me and I raced down the stairs, ran into my room and bolted the door. I was terrified and had no idea what to do. The next morning, items in kitchen had been tossed down to the ground. I looked around, no windows were open so I couldn’t even blame a wandering cat. I was scared and thankful I only had one night in the beautiful house still occupied apparently by its former owners.

Located in the middle of nowhere in the Outback of Western Australia is an old gold mine (still operational by the way) and a very unlikely home – the Hoover House. In 1898, the future president of the United States was a mining executive and commissioned this home, now a B&B, for his use while overseeing the adjacent mine. I was excited to visit because where else are you going to have a luxury B&B next to an operating gold mine with a connection to a US President? My guess is that this is the only option in that category. Checking in, the manager wouldn’t tell me the full story, but did allude to a resident ghost, a young woman and her dog that can be seen throughout the house, including her old room. That night was a windy one, and naturally I imagined all sort of paranormal life around me as I slept with my head under the covers. I was terrified, but luckily survived to tell the tale. 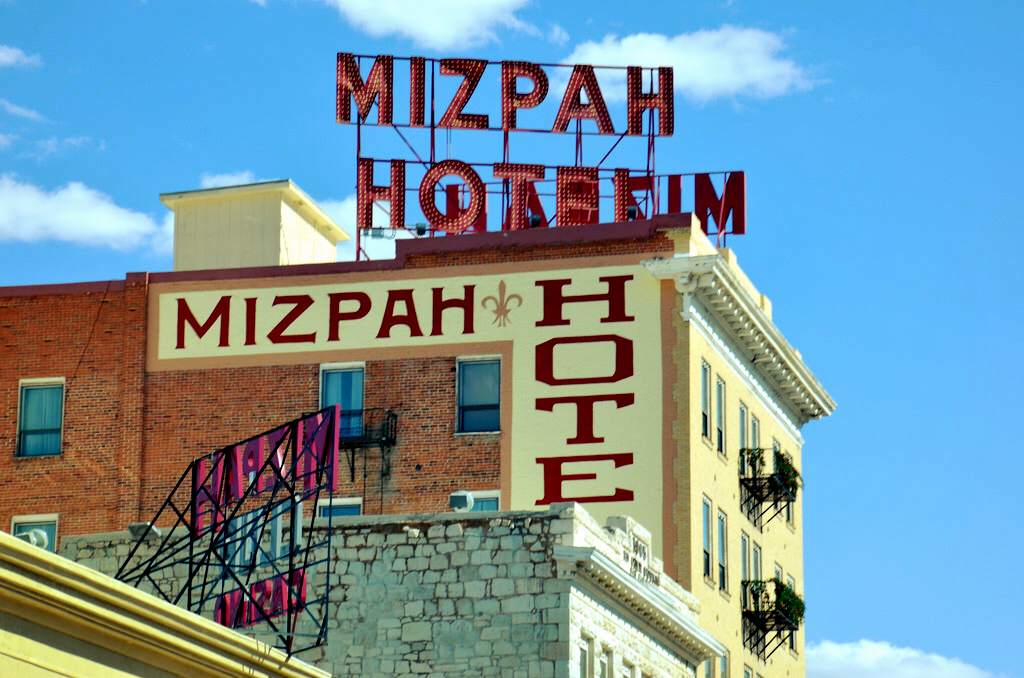 I don’t know what it is about old ghost and mining towns and their proclivity to paranormal behavior, but it’s been a consistent theme in my travels and nowhere was that more true than when I spent a night in the remote town of Tonopah, Nevada. My end point after completing the Extraterrestrial Highway, the Mizpah Hotel was built in 1907 and really is a fascinating throwback to another era. The opulence and luxury at the hotel seems completely out of step with the town surrounding it today, but I’m thankful it does still exist, otherwise I would’ve missed my chance to sleep in one of the most haunted hotels in the country. The most notable ghost is the so-called Lady in Red who many believe is the ghost of a prostitute who was beaten and murdered on the 5th floor of the hotel by a jealous boyfriend. No one knows for sure who she is, but given how widespread the accounts are of her presence, there’s no doubt that something otherworldly calls the hotel home. 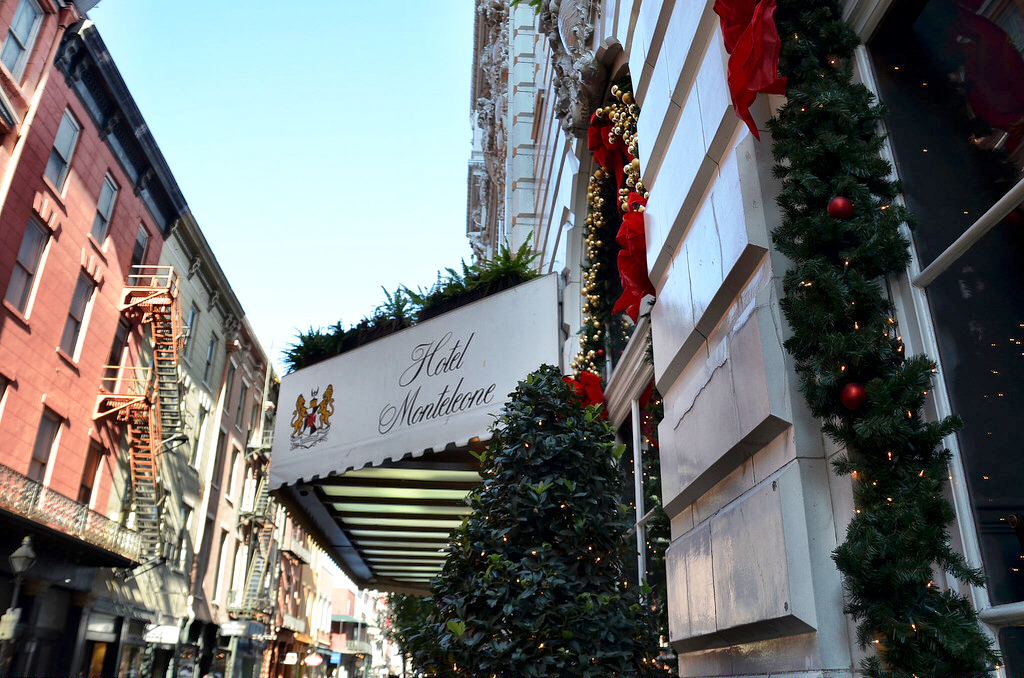 Calling the French District of New Orleans home since 1886, this is one of those classic hotels that I tend to love. There’s just something about the refined elegance only an older hotel can provide, but of course along with that comes a lot of baggage. In a city full of ghosts, the Hotel Monteleone is known for being one of the premier haunted hotels in New Orleans. In 2003, experts spent several days trying to make paranormal contact and by the end of their stay had encountered more than a dozen earthbound entities. So when you stay there, it’s not really a question of whether or not you’ll experience something a little strange, it’s HOW strange it’ll be. 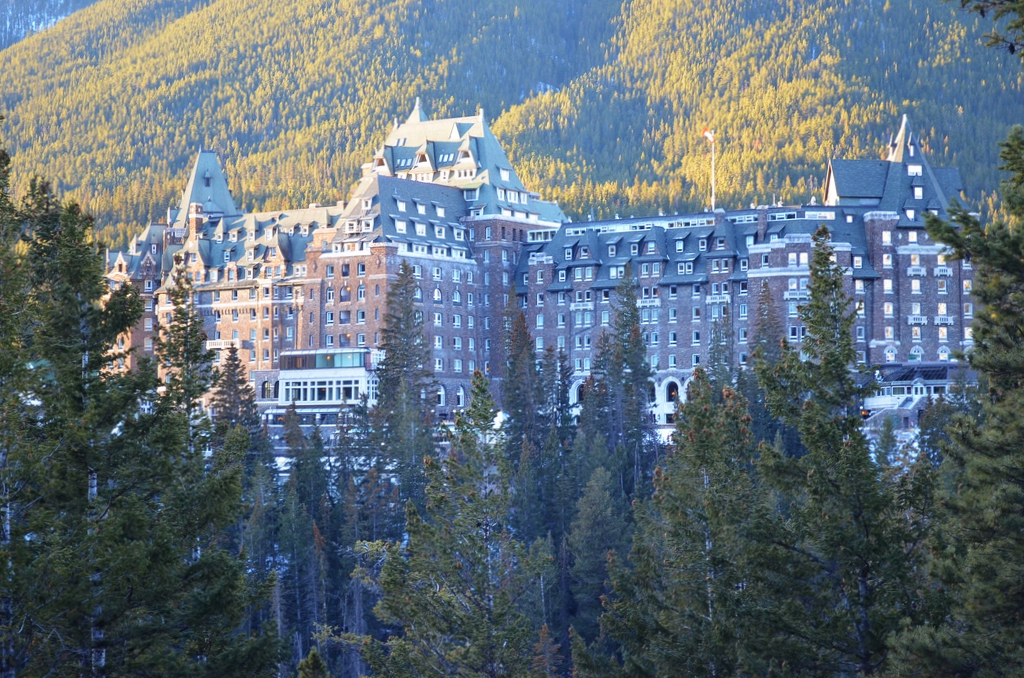 I love Fairmont hotels and given the fact that many in Canada are old railroad hotels, ghost stories are a given. That’s particularly true at the Banff Springs where many ghosts have popped up since the hotel first opened its doors in 1888. One of the most notable is the story of Ghost Bride. In the 1920s, a bride was walking down a candle-lined spiral staircase on her wedding day. Her dress caught on a candle and soon her dress was on fire, causing the bride to tumble in panic and resulting in her unfortunate death. She is just one of many ghosts though wandering around this beautiful luxury hotel in the Canadian Rockies.

There’s a lot I loved about staying at The Omni Homestead Resort in Virginia, one of the country’s oldest resorts. At the time though I didn’t realize that it too has many spooky stories to share – specifically the tale of the bride that haunts the 14th floor. In the early 1900s, a young woman was set to be married at the resort and on the day of her wedding, her fiancé told her to stay in their room while he ran out for a moment. Unbeknownst to her, the groom left the hotel never to return again. Overcome and distraught, the bride took her own life and legend has it that she roams the 14th floor, asking guests and staff for the time…still waiting for her groom to return.

What are your favorite stories from haunted hotels?