I’ve written about food tours a lot lately, but with good reason. I personally love taking them and I firmly believe they are one of the best ways to learn about a new destination. More immersive than a normal walking tour, not only do you get to eat your way around a new city, but you also learn more about its culture, history and the people who call it home. It’s also a fantastic way to learn the layout of a city, and it was for all of these reasons and more that I was thrilled to join a Cardiff food tour, the Food & Drink Safari, with the company Loving Welsh Food. While the company offers several food tour options, the safari is a comprehensive look not only at classic Welsh food, but it also offers the most thorough exploration of Cardiff itself. This immediately shot up the list as one of my favorite food tours anywhere in the world, so I thought I’d share some of the highlights of my day spent with them and why the experience was so important. 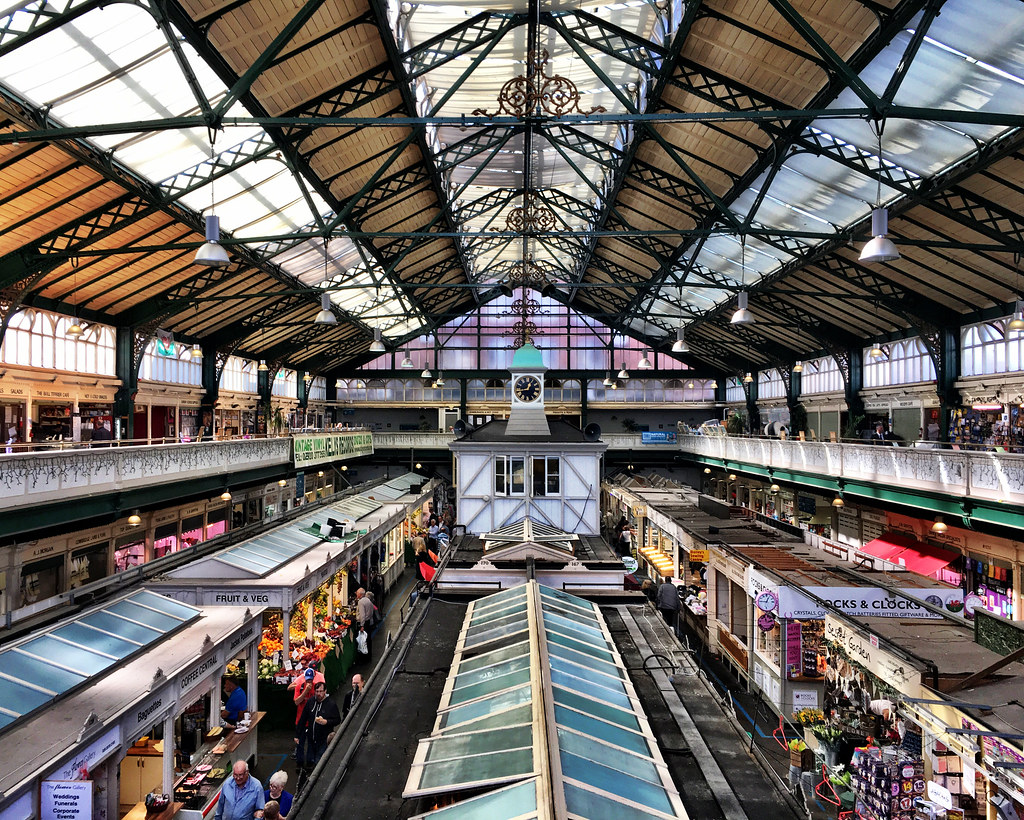 For the casual traveler, a quick glance at a map may lead you to think that the food culture in Wales is similar if not the same as to what’s found in England. And in many ways it is. For generations, Wales wasn’t all that distinguishable from neighboring England, and the English food culture certainly spread around the British Isles. But Wales is a separate and distinct country, in culture and spirit if not politically. Language, traditions and food are unique to this beautiful corner of the U.K. and, as I recently discovered, it’s the food in particular that is so very surprising. You’ll find all the English standards while traveling around Wales, but you’ll also discover little twists or entire dishes that are unique to Wales. I don’t want to give away all of the secrets of the tour, but I do want to highlight a few more notable dishes I tasted. 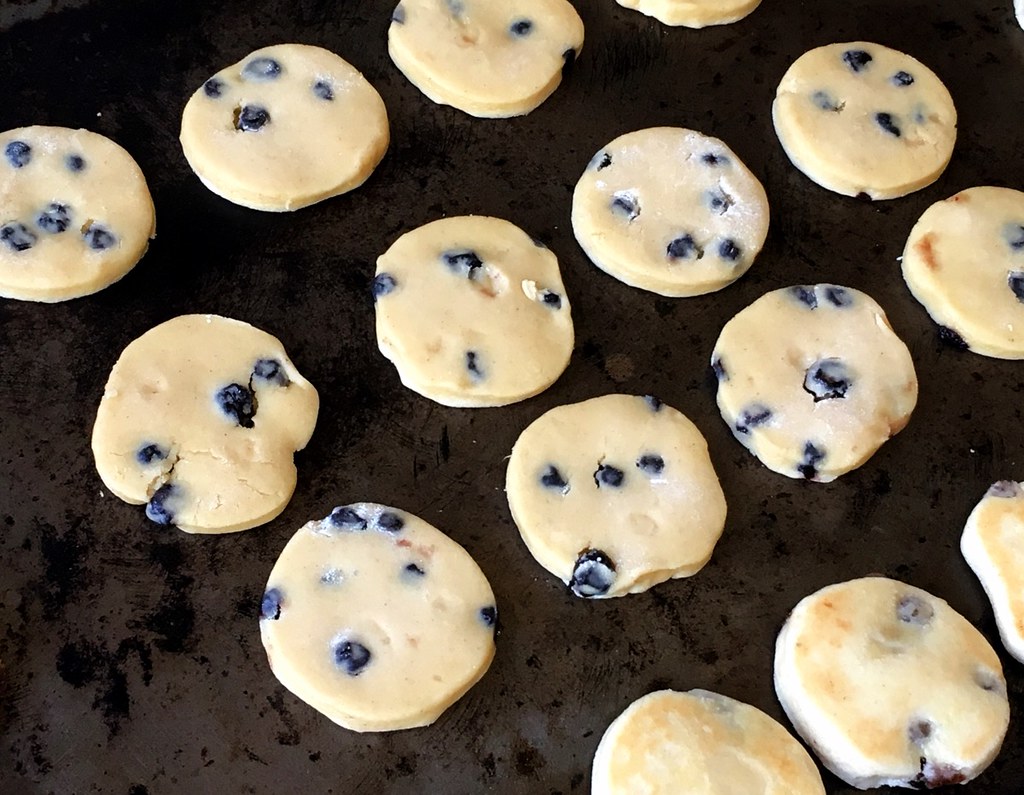 Welsh Cakes – I had never even heard of Welsh Cakes before my most recent visit to Wales, but they quickly became the star food attraction of my time in the region. For the uninitiated, Welsh cakes are simple, scone-like flatbread cakes made with flour, butter, eggs, milk and usually dried fruit like raisins. They’re typically eaten alone, at tea or as a snack and I found them everywhere while in Cardiff and southern Wales.

Cheeses – Welsh cheddar, Caerphilly, tangy blue – these popular cheeses that we know and love have all been perfected in Wales, and cheese is an aspect of the food culture taken very seriously. To learn more about Welsh cheese, the tour stopped by the iconic Wally’s Delicatessen in Cardiff, a decades old deli specializing in all kinds of foods, but especially fine meats and cheeses. There’s nothing better than expertly created cheese and after learning more about the varieties, I found myself wishing I could take some of them home with me. 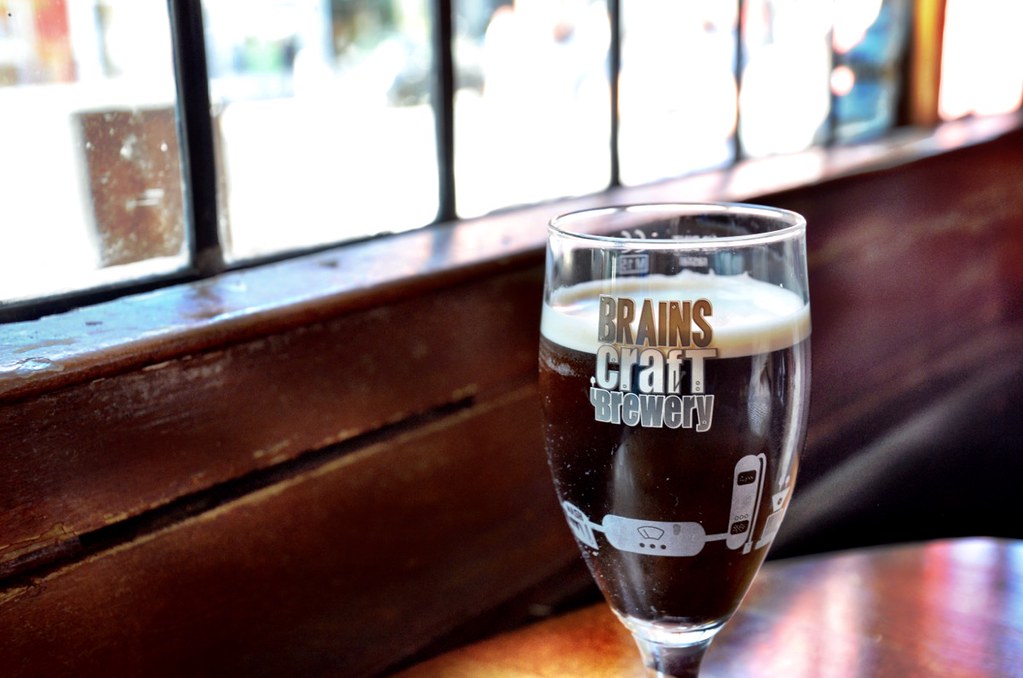 Drinks – Pub culture certainly isn’t unique to Wales, it’s a common feature for anyone exploring the British Isles. On the tour though our guide did introduce local favorites that you won’t find anywhere else and which are tasty accompaniments to any food experience in the country. When it comes to beer, the only real choice is Brains Craft Brewery. Founded in 1882, the company controls more than 250 pubs and its range of beers can be found almost anywhere. A light bitter, darks, IPAs and more, Brains is definitely the beer to try when you’re in Cardiff. In recent years though pub culture has been evolving and with new food options has also come new drink options, including the suddenly popular cider. No long the drink of choice just for young college kids, the modern day cider has definitely come into its own. One of the Welsh ciders to try is the Orchard Gold, made by the company Gwynt T Ddraig. Starting as a hobby in the orchards of Wales, it quickly became one of the top cider companies in the country, all its variations using local Welsh ingredients of course.

What Surprised Me The Most

I’m just as guilty as anyone else when I admit that I never really thought about Welsh food before my most recent visit. Scottish cuisine, food in England, sure, those I’ve tried and recognized as being unique. But for some unknown reason, the food of Wales never made it onto my traveler’s radar screen. So the fact that there is a distinct and unique culinary culture is what surprised me the most. From those ubiquitous Welsh Cakes to more obscure finds like laverbread (a seaweed concoction) and leek-infused everything, nearly every discovery not only was a delicious one, but one that taught me more about Welsh culture in general. Ultimately, that’s the real value of a great food tour. Sure, we get to eat a lot of delicious things, but through that foodie exploration the culture and history of a destination is revealed in a way impossible to replicate through any other method. The fastest way to learn about a new place, what the culture values and what they hold dear is through the stomach, and in Cardiff that means joining Loving Welsh Food for one of their expertly run walking tours. What made this tour slightly unique in my experience though was just how much we also got to see of the city itself.

Many food tours I’ve been on around the world have been neighborhood specific, which means that the tour really isn’t a great replacement for a general city tour. In Cardiff it’s different though, thanks in large part to just how compact the downtown core really is. It doesn’t take long to explore the best of the city on foot, which is exactly what we did with our guide that afternoon. In addition to all of the great foods, being able to also see the city’s famous sites and get a better understanding of city geography was the best aspect of the tour. Tight on time, it was the best way to incorporate almost everything I wanted to see and do while in Cardiff. Even better, the tour also includes nearby Cardiff Bay. Taking the Aquabus, which runs hourly service between the Castle grounds and the Bay, the boat ride was fun and thanks to onboard commentary, was also informative. On a late summer’s afternoon it was the perfect opportunity to sit back, relax and enjoy the time out on the water. Even better, the end point was a part of town I probably wouldn’t have visited on my own, but which quickly became a highlight of my time in Cardiff.

Decades ago, Cardiff Bay was the nearly forgotten docklands area of town. A place where no one went for any reason ever. Then an intensive effort to bring it back started in the 1980s, creating a barrage that diverted water flow and ensured that the docklands were no longer tidal. This meant development could finally take place and take place it did. Today Cardiff Bay is a bustling neighborhood of shops, restaurants and the first true 5-star hotel in Wales. It’s also an important player in social life in Cardiff, as the National Assembly for Wales and the massive (and beautiful) Opera House also call Cardiff Bay home. Walking around the boardwalk and then through the modern but thoughtfully designed opera house, I couldn’t help but feel won over by the area. Maybe it was the sticky toffee ice cream talking, but it was as laid back and enjoyable an afternoon as I’ve enjoyed in a long time and I can’t wait to return to recapture that moment in time.

I knew that I would enjoy my time in Cardiff well before I first visited. I just had a feeling and as it turns out, that travel hunch was correct. But I don’t think I would have enjoyed my time in the city nearly as much had it not been for the day spent on the Food & Drink Safari with Loving Welsh Food. They really are experts at what they provide and combining the best elements of a traditional Cardiff food tour with a classic city tour was the best of both worlds and enabled me to learn much more about Cardiff than I ever would have been able to otherwise.