Wales is entirely underrated; this is not conjecture or opinion, it is a travel fact. I admit, I was a late adopter to Wales, skipping it on previous visits to the U.K. for reasons that now seem incomprehensible to me. Over the course of two trips around this smallish, but incredibly interesting country, I’m a convert. The people, the natural beauty and even Welsh food have made me fall in love with it, but there’s been one commonality that I think I’ve enjoyed the most – exploring Welsh towns. From small villages to larger, but not really big, towns, there’s a lot to discover on a great road trip around the country, but so far these towns have been amongst my most favorite to visit and explore. 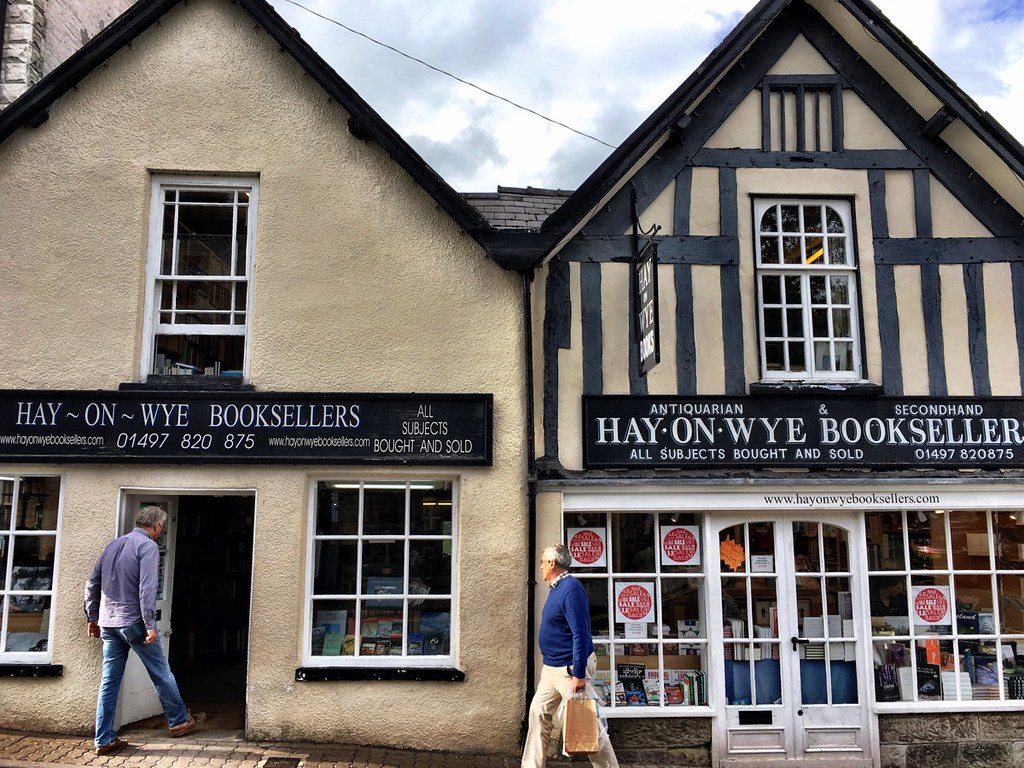 I am in love with the village of Hay-on-Wye. I don’t think I’ve ever visited a more lovingly unusual town anywhere in the world and it’s certainly a place I’d like to revisit and continue to explore. What makes it so special? Well, the first thing I noticed was all of the bookstores strewn about town, dozens of them running the gamut in style and interest. Turns out that Hay-on-Wye is the very unofficial used bookstore capital of the world, and residents have firmly latched on to this moniker. Like all great book loving peoples, the residents here are also a little different. Years ago they self-appointed a king and went on to make slightly outrageous proclamations like establishing home rule and Hay-on-Wye passports. At its core though, this town really is all about the books and the annual Hay Literary Festival has been fondly described as the Woodstock of Books. Now you see why I want to return so badly.

One of many towns in Wales with distinctive town walls and a castle, Conwy sits on the north coast of Wales. Walking around just after dawn one morning, I had the sleepy town all to myself. Beautiful homes and shops that are undoubtedly impossibly old, and a handsome castle and walls surrounding it all. I walked up to the top of the walls, the sounds of a bus in the distance and looked out across the countryside. Sheep and cottages lined the hills and I knew that I had definitely arrived into Wales. On the other end of town is the port, with glass-like water and boats lining the water’s edge. Just beyond I noticed a small building, as it turns out the smallest house in Great Britain. With dimensions of just 9 feet by 3 feet, this tiny structure was in constant habitation for 400 years until it was turned into an attraction. Conwy may be just one of many other similar towns, but I found myself loving it almost right away.

A decidedly more marine feeling was evident right away in this Welsh town, located at the eastern entrance of the Menai Strait. Originally a Viking settlement, the castle of Beaumarais and the ensuing town came about with many others at the same time, part of a defensive strategy by King Edward I who had recently conquered Wales. An important port town for centuries, boats are still important here and my own perfect moment came again at dawn, walking along the beach and watching the world come alive.

Everyone told me how amazing Tenby was and yet I never quite believed them. Locals around the world tend to overstate things, but as soon as we drove into town I understood what they meant. The color is what grabbed my interest right away, the brightly painted buildings against the blue sky was as beautiful a moment as you can hope for. Tenby is just one of many such communities strewn along Wales and its coast, although Tenby “might” just be a little more special than some others. Tenby seems to have it all. The town sits on the famously beautiful shores of Pembrokeshire, but it’s also an ancient town and the city walls and towers all point towards that. It’s also reinvented itself though over the centuries and today it’s this fun combination of a long but interesting history and the raw natural beauty that draws thousands here every year. 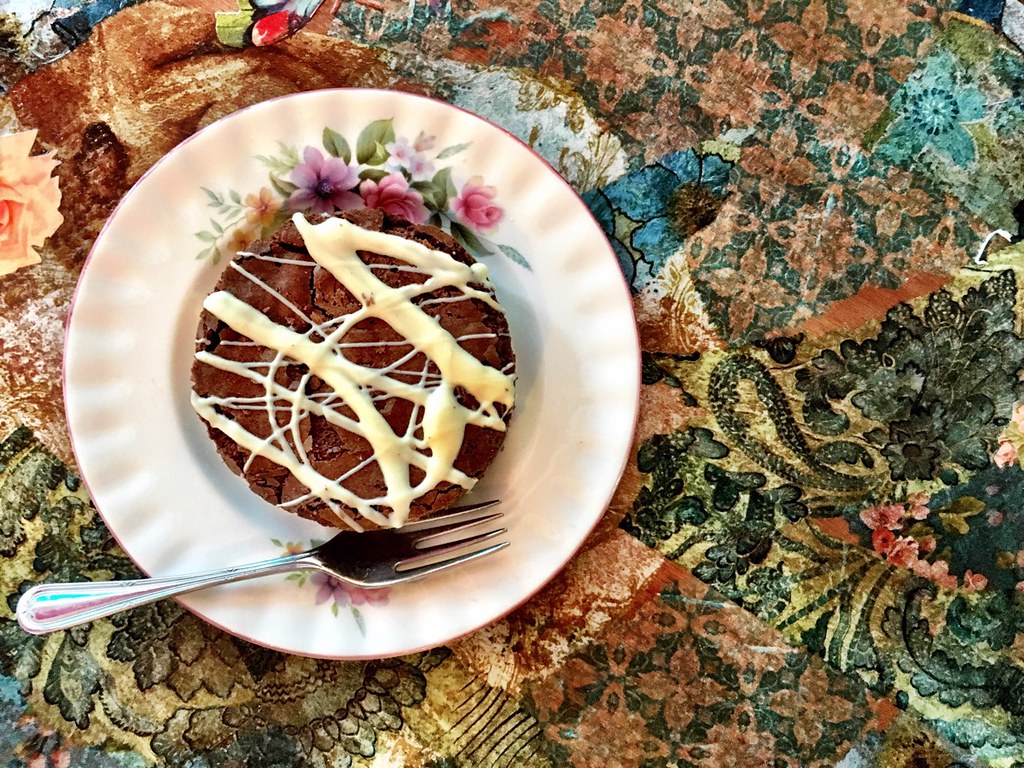 It was a very quiet Sunday morning when I visited this small town on the River Towy, but what I saw I liked almost immediately. Again, the color here is everywhere and it’s this unexpected brightness that cheered me up on a slightly grey day. Not unlike the other towns I’ve mentioned here, Llandeilo has also reinvented itself in recent years, but in this town it’s all about commerce. Dozens of small but interesting shops line the main road, everything from boutiques to cafes and small artisan food shops. There was one shop open that morning though, and luckily for me it’s home to what is locally known as the best brownies in Wales, if not Britain. I have a fierce sweet tooth and brownies are a personal favorite so I was excited to try the delicacies at Heavenly Chocolate Emporium for myself. One of the first customers in the café that day, the array of chocolate was amazing, but my eyes were squarely on the main attraction, the brownies. Available in a wide variety of styles and flavors, even gluten free, I opted for the classic and as soon as I took my first bite I knew I had found something special. Turns out their reputation is well-earned, and a stop here is a must if you’re anywhere close by. 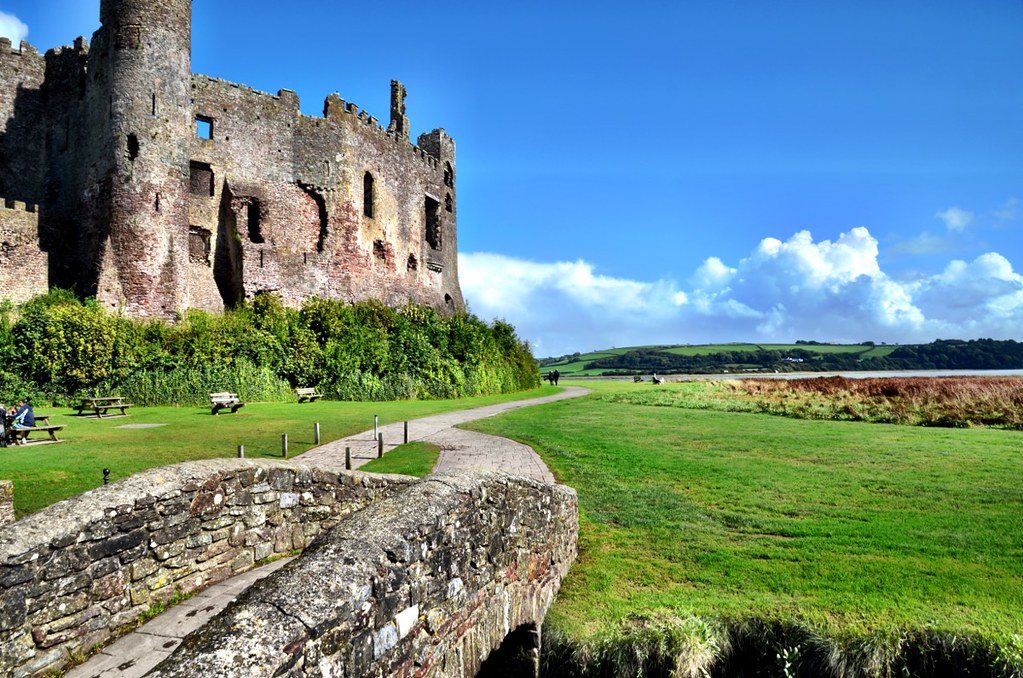 To be honest, I am not the greatest fan of poetry and Dylan Thomas is not one of my favorite writers, however it’s hard not to fall under the Thomas spell when visiting the coastal community of Laugharne. This town is one of the many places Thomas called home during his lifetime, and is thought to have been the inspiration for at least one of his fictional towns. Here you can see the boathouse where he was literally locked up so that he could write in peace and quiet, but there’s much more to Laugharne than just the boathouse. Walking along the shore, I couldn’t help but be impressed by the landscape in front of me. An ancient castle and a broad bay and bright green hills in the distance, I understood why Thomas was so inspired here. It’s one of those special places in Wales that forces introspection and stimulates the creative spirit. Wales is full of them really, which is probably why so many writers and poets have come from this small but proud country.

Wales is full of many special moments, but chief among them are discovering the many small towns and villages that dot the verdant green countryside. One of the best things you can do is to hop in a car and discover them for yourself; to create your own personal list of Welsh towns you not only like, but which you will want to return to time and time again.

2 thoughts on “A Few Welsh Towns Everyone Should Visit”