We all have cities that we think we’ll enjoy visiting, we just haven’t found the time to actually visit them. It can be based on anything really, from what we see on TV to just an overall impression that you and the city in question will be fast friends; tourism soul mates. That’s how I felt about Cardiff, Wales. Based on a brief trip to northern Wales a couple of years ago, I already knew I really enjoy the region and if I liked the countryside that much, then surely the capital city and I would click right away. That’s why I was so excited to finally visit recently and I’m happy to say that my travel premonitions were correct, I did enjoy my time in the city and it’s one I would return to in a heartbeat. When looking back at it though, I think I enjoyed my time so very much thanks to a series of moments, experiences that helped Cardiff and I get to know each other a little better and which ultimately endeared the capital to me forever.

Location is everything when selecting a hotel, I always choose to spend more to enjoy direct access to a city’s downtown core rather than save a few dollars schlepping in and out on public transportation. That’s one reason why I was so happy to be in the Park Plaza in downtown Cardiff. Perfectly situated near the Castle and everything anyone could possibly want to see and do, the location was ideal. Add to that the luxury hotel itself, and it was the perfect home base for a couple of days as I got to know the city a little better. Luckily though, even though it’s the largest city in Wales, downtown Cardiff is very compact, making it easy to navigate the key areas without spending too much time or energy in the process. If you do need a cab, wherever you’re going won’t be that far away, making even that an affordable option. 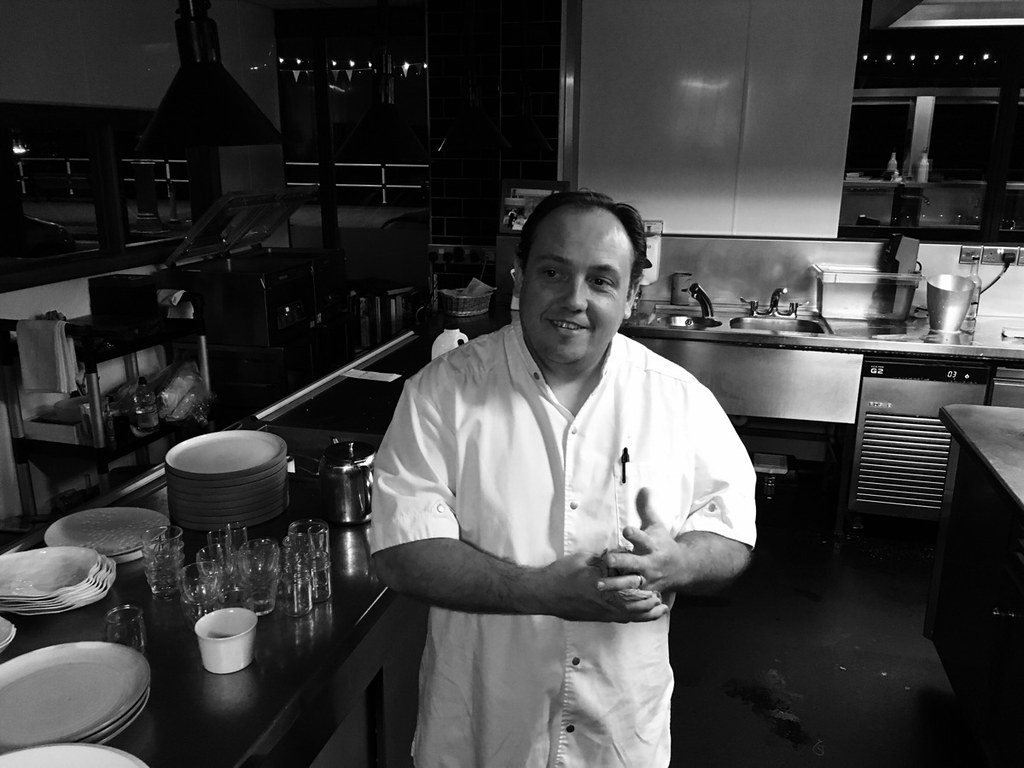 My first night in Cardiff, I joined friends for dinner at a critically acclaimed restaurant in Penarth, an easy cab ride from downtown. Restaurant James Sommerin is known for its incredible fine-dining experience, one that had me terrified. I’m not a fine-dining kind of guy (usually) and I was worried, worried that there’d be nothing for me to eat and that McDonald’s would be my eventual meal of choice. I don’t mean that as a slight against the chef, but against my own weird and admittedly picky eating habits. I really needn’t have worried though, that dinner was the culinary highlight of my brief time in Wales. Yes, it’s fine dining but it’s also approachable and, more importantly, it’s delicious. From start to finish I almost literally licked every plate clean and the evening set the perfect culinary tone for my foodie exploration of the country. 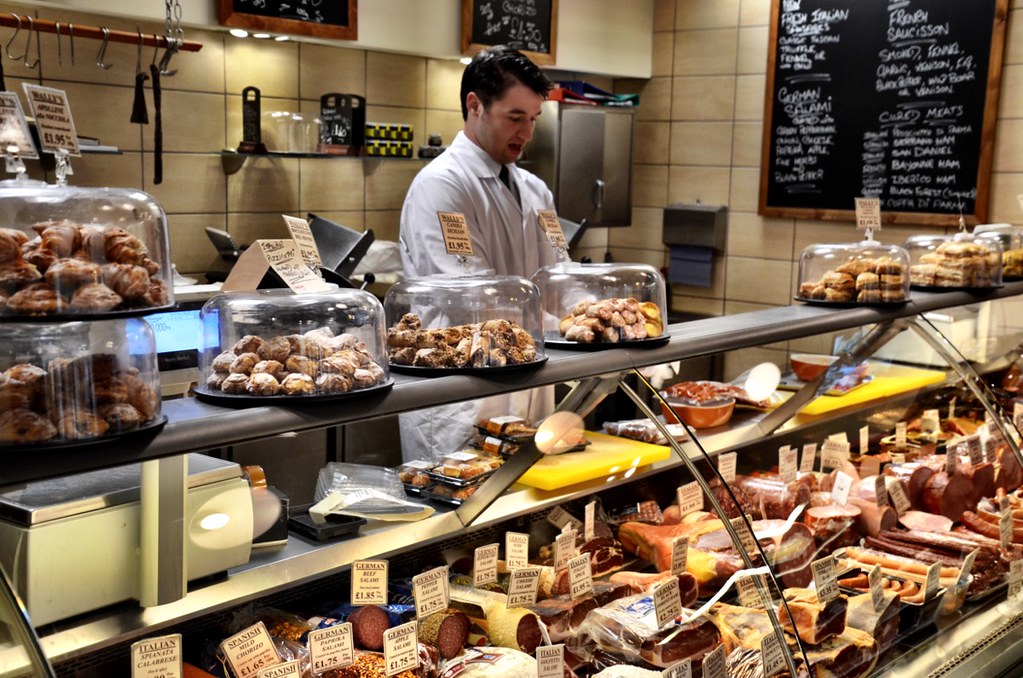 The real indoctrination into Welsh food though happened on a daylong culinary tour led by the company Loving Welsh Food. It may be easy for tourists to look at a map and assume that Welsh cuisine is similar to what’s found in neighboring England and it can be. But Wales also has a long and proud history and along with that very distinct culture also comes a very unique culinary heritage. Enjoying a traditional tea service, snacking on famous Welsh cheese and cured meats, learning more about traditional pub culture, watching as others enjoyed the uniquely Welsh laverbread and of course salivating as classic Welsh cakes were served up hot from the griddle, the day spent eating my way around Cardiff was undeniably fun, but it was also really interesting and informative. More importantly, I also learned a lot that day about the history and culture of Cardiff and Wales, making it the ideal first-time immersion to the city.

I love experiencing a new city by enjoying it from different vantage points and for me, on the water is the most fun. There’s nothing better than spending some time floating along on a boat, noticing things from the water that you would never even be able to see on land. Fortunately, a boat ride out to Cardiff Bay was included in the aforementioned food tour, providing me with that opportunity I often seek when traveling. The Aquabus runs hourly service between the Castle grounds and the Bay, with commentary on the sights as well as some history along the way. On a late summer’s afternoon it was the perfect opportunity to sit back, relax and enjoy the time out on the water. Even better, the end point was a part of town I probably wouldn’t have visited on my one, but which quickly became a highlight of my time in Cardiff. 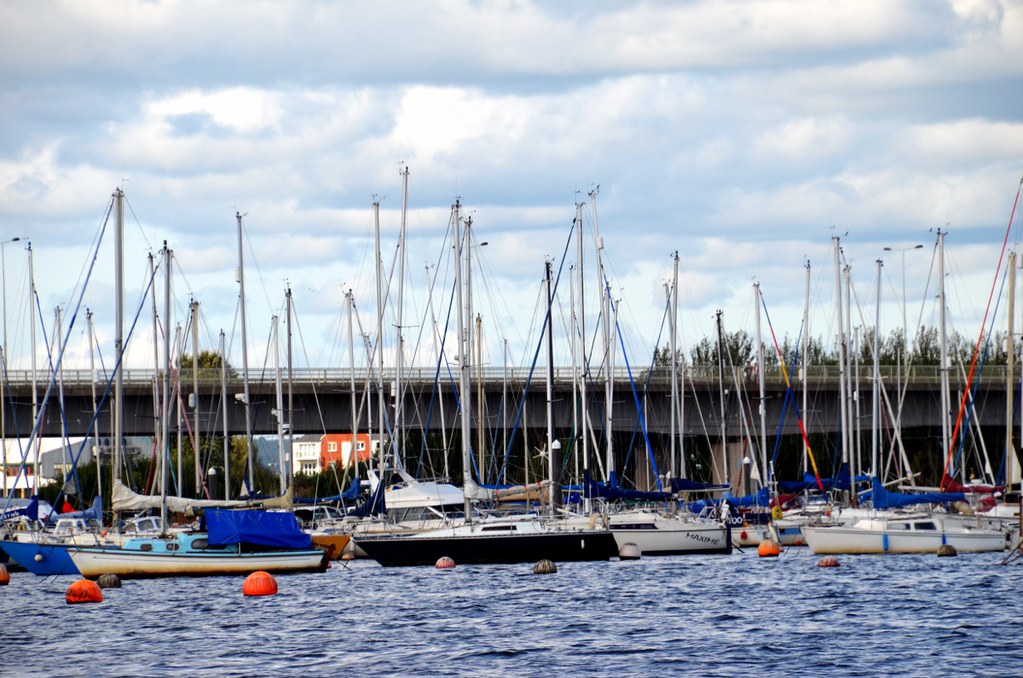 Decades ago, Cardiff Bay was the nearly forgotten docklands area of town. A place where no one went for any reason ever. Then an intensive effort to bring it back started in the 1980s, creating a barrage that diverted water flow and ensured that the docklands were no longer tidal. This meant development could finally take place and take place it did. Today Cardiff Bay is a bustling neighborhood of shops, restaurants and the first true 5-star hotel in Wales. It’s also an important player in social life in Cardiff, as the National Assembly for Wales and the massive (and beautiful) Opera House also call Cardiff Bay home. Walking around the boardwalk and then through the modern but thoughtfully designed opera house, I couldn’t help but feel won over by the area. Maybe it was the sticky toffee ice cream talking, but it was as laid back and enjoyable an afternoon as I’ve enjoyed in a long time and I can’t wait to return to recapture that moment in time.

Being a corny tourist

I’m a big proponent of being a corny tourist, which at times has gotten me into trouble with the rest of the travel world. Yes, getting off that silly beaten path is important at times, but so is enjoying new places for their most popular sites. Popular places are popular for a reason, which is how I found myself standing in the middle of Cardiff Castle on my last day in the city. Like most castles, it’s a large property with many different buildings that have been added over the years. At the heart of it though is the 11th century Norman keep built over the remains of a still older 3rd century Roman fort. So, something of importance has been on this very site for a very long time, a fact that boggles the mind. The castle though really saw an amazing revival in the 19th century when the owners used their incredible wealth to remodel it to look like what Victorians romantically thought the medieval times to be like. It was over the top, it was ornate, it was ridiculously expensive but it was also beautiful. And it still is; the entire castle is open to the public and walking around was a fun way to spend the afternoon, but my heart was with the oldest part of the castle, this beautiful relic to a time and era we can scarcely imagine.

This has nothing to do with travel and tourism, but is simply another reason why I walked away from Cardiff smiling instead of scowling. The day before arriving into town, my iPhone suddenly and without explanation went into night mode, casting a red shadow over the screen that simply wouldn’t go away. I hadn’t dropped it or soaked it in water and nothing I did returned it to normal. I was beside myself. I depend on my phone for my work, especially for certain photos, and if I couldn’t see color or fine detail then I couldn’t take decent photos. I had to get it fixed and fast. Miraculously, there is an Apple store in downtown Cardiff, where I found myself lined up as it opened one morning. I braced myself for the worst, but the kind employees took care of me, wanting to help fix the problem as quickly as possible, which they thankfully did. Within a couple of hours the phone was fixed at no cost to me and I continued my exploration of Wales with a fully functioning phone in my pocket. It may not seem a big deal, but the kind people at the store did a lot to improve my mood, which in turn helped me enjoy the city that much more. So thank you Apple Store guy, I’ll never forget you.

I’ve only skimmed the surface here not just of what I saw and experienced in Cardiff, but of the totality of the things you can enjoy in the city. But this post isn’t meant to be a guide. No, this is simply meant to share my own personal favorite moments, ones that endeared Cardiff to me forever and is a list I sincerely hope to add to over the years.

1 thought on “First Time in Cardiff – My 4 Favorite Moments”