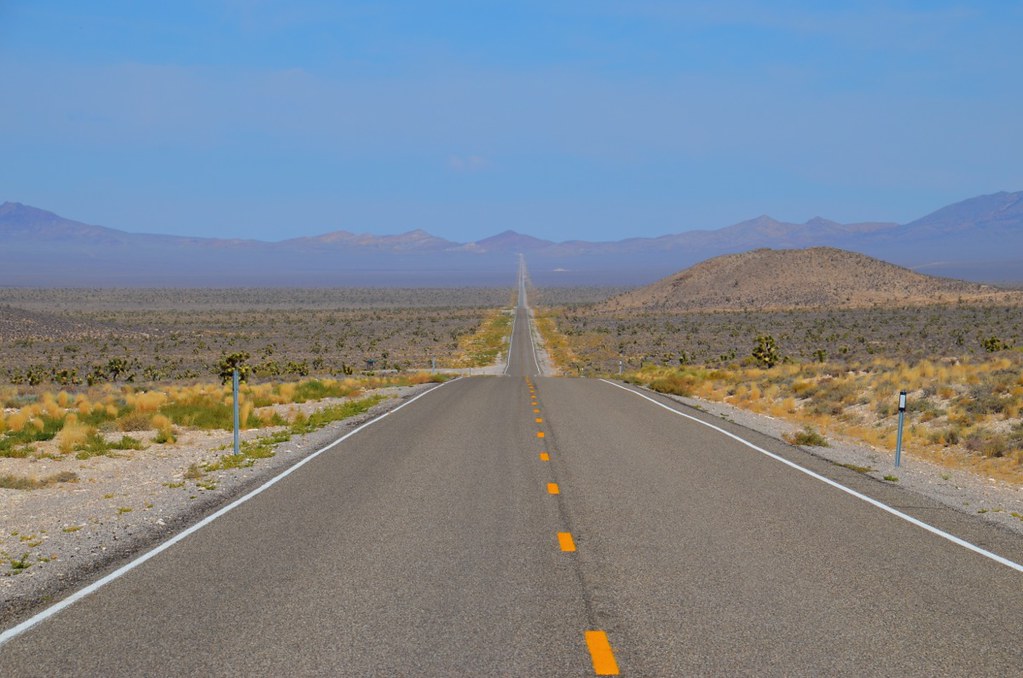 I was prepared for quirky, that’s why I was driving along Nevada’s famous Extraterrestrial Highway in the first place, for some fun but offbeat experiences. Leaving one small town en route to another small town, in between was little more than ranches and desert for as far as the eye could see. While not America’s Loneliest Road (that’s U.S. Route 50 in Nevada) with only a couple hundred cars trundling down the ET Highway everyday, it certainly felt lonely. But I knew what lurked behind the mountains just beyond the horizon and I wasn’t sure what to do. I wasn’t sure if I dared to incur the wrath of the Federal Government all for the sake of a blog post. But it was ultimately about much more than a simple blog post when I finally made the decision to (try) to visit Area 51.

The day before, while still in Las Vegas, I stopped off at the National Atomic Testing Museum. Affiliated with the Smithsonian Institution, this small but informative museum details the history of the atomic bomb in the state. It also has a special exhibit though all about the mysterious Area 51. There I learned more about the site than I thought possible, setting the stage for my own exploration of the military facility. Simply put, Area 51 is a remote detachment of Edwards Air Force Base. What goes on there though is top secret, no one knows for sure and the facility wasn’t even publicly acknowledged to exist until 2013. Most speculate that it’s used to develop and test experimental aircraft and weapons systems, black projects. That’s probably how it got tied into alien conspiracy theories in the first place. For years people reported seeing strange sights in the night’s sky, objects they couldn’t identify or explain. Since the government didn’t even acknowledge the existence of the facility, it certainly wasn’t in the position to refute these conspiracy theories, so they grew over the years. Many who believe that aliens crashed in Roswell, New Mexico are certain that the remains were brought here. There’s also any other number of other conspiracy theories surrounding the site, making it one of the most intriguing and mysterious places in the country.

I researched the Extraterrestrial Highway in some detail before leaving home and while I knew the 98-mile stretch of asphalt wouldn’t provide a lot to see along the way, I knew that what was there was fascinating. I also knew how I could see Area 51 for myself. Along the highway are two entrance points, one to the front gate and the other to the back gate. Otherwise known as Nevada State Route 375, the Extraterrestrial Highway starts where it intersects with U.S. 93 and continues unimpeded until to reaches the intersection of U.S. 6. Area 51 is at the heart of this drive because without it there wouldn’t be the homegrown businesses and attractions that have popped up over the years and which I detail in this post about the Extraterrestrial Highway.

Knowing where Area 51 is located isn’t the issue; the problem is that the only people allowed to go there are the people who actually work at the facility. Since it has become a de facto tourist attraction and since, presumably, important military work is still conducted there, privacy is at a premium. I knew all this and I also knew that I didn’t want to get arrested, so I wasn’t sure what to do.

Driving from the small town of Alamo, I knew that my first opportunity would take place about 19 miles after leaving the Alien Research Center. There, between mile markers 30 and 29 is a road leading off to the left. That road continues to the front gate of Area 51. I knew this, I slowed down but I didn’t make the turn. I was torn. I hate breaking rules, it goes against every fiber of my being and yet I really wanted to see Area 51 for myself. I felt that it was nearly criminal to be that close and not even try, and yet I kept the car on the highway, never veering off.

I felt guilty, very guilty and regretted the decision immediately. But it wasn’t until I reached the impossibly small town of Rachel where I finally changed my mind. 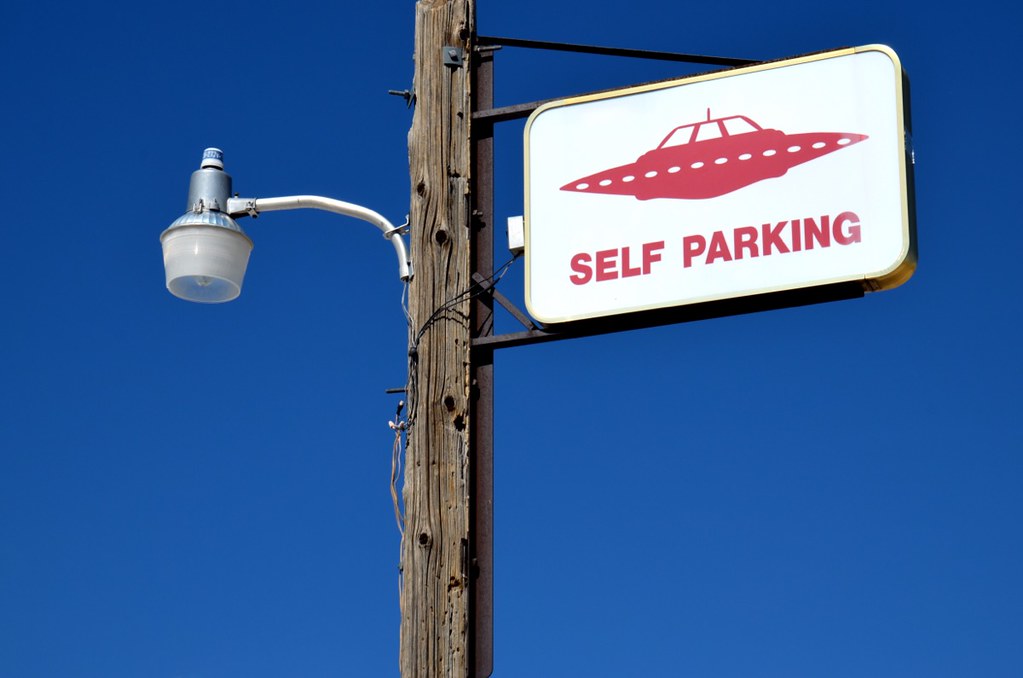 Home to only about 40 people, Rachel exists today as a rest stop for those seeking to learn more about Area 51 and alien life. The cafe, the Little A’Le’Inn, is as quirky and eccentric a place as I could have hoped for; full of kitsch and memorabilia. But it’s more than a novelty, as I learned after chatting with one of the waitresses in the cafe over a delicious piece of blueberry pie. Initially when I said I was from the DC area I was met with a very frosty reception, but she gradually warmed up to me as we chatted about all kinds of things, from our lives to Area 51 itself. The residents here have no doubt that alien life exists and that Area 51 has something to do with it and they’re more than happy to help visitors learn as much about that history as possible. Selling me a 35-cent map that would lead me to the back gates of Area 51, I finished up my pie and coffee and backtracked up the road to take a slight detour that would eventually lead me to the back gates of Area 51.

I nervously drove down the 12-mile dirt road that I knew would lead me to the base itself. The officers here are not known for their patience with alien-hunters and I understood that if I got too close to the gate, I would be arrested. It seemed improbable that a military facility was out there, I couldn’t see anything for miles except dusty Nevada desert. Then, almost out of nowhere, I saw a series of small structures in the distance. I looked at my odometer and it was almost exactly 12-miles from the main road, just as my copied map indicated. Then I saw it, the simple gates with the famous warnings that mark Area 51. I took a few illegal photos, shaking from the flagrant rule breaking. But I figured, I was there, I was next to Area 51 and it would’ve been a shame not to stop and see it for myself; to see what the Extraterrestrial Highway is all about. Driving back to the main road I was oddly proud of myself. Proud for veering off the road and tracking down the mysteries of the Highway, to see what draws so many people to this sparsely populated part of the country.

So yes, Area 51 is real and you can see it, but you have to really want to see it and you have to be respectful. If you clown around at the gates, then I imagine you’ll be spending some time detained. But as long as you go into the attempt with an open mind and light heart, you’ll enjoy the experience for what it is. You’ll understand what is at the heart of the Extraterrestrial Highway and what makes it so very special, so unique and undeniably one of the best drives in the country.